The MALESTROM’s resident boxing expert David Jarvis takes a look at how even in retirement, Lennox Lewis’ influence is still far reaching. Indeed Lewis is teaching young boxers to play chess in a bid to create a new world champion.

The former undisputed heavyweight champ has recruited a chess master at his Jamaica training camp. He says the discipline and patience needed in the board game can help mould a great fighter. Now he is coaching the game at his charitable foundation in Jamaica where he trains young boxers.

He famously played chess to relax before his big fights and still plays today pitting his wits against players online. Lewis, 50, back in Britain to help promote Bellator, an MMA promotion at the O2 Saturday July 16 said:

“In my camp I’m bringing in a chess instructor because it creates discipline, patience and strategy. All the skills needed in the ring. I still play all the time on my phone when I’m travelling or in a hotel. It’s my new goal to create a champion from my foundation and the mindset that chess teaches is a part of that, not only for boxing, but for life skills. Why not? It worked for me.”

The Lennox Lewis League of Champions in Jamaica coaches life skills to young people and boxing is part of the programme.It also has a mentoring programme to prepare youngsters for adulthood as well as academic and career guidance programmes.

“We’ve got some good young boxers and if one of them could come through and become world champion that would be a dream come true for me.”

Lewis plays chess almost daily. He credits the game with keeping him out of trouble during his tough upbringing in east London. He also says it helped him in the ring because it taught him to have a plan and to think several moves ahead. 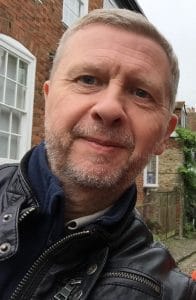 David has been writing about boxing since 1995 starting for Boxing Monthly as their reporter doing British, European, Commonwealth and World title fights. He says it was a privilege to be their York Hall man covering fights there and others on the domestic scene. After a move to Scotland he became The Scotsman’s boxing writer (as well as news editor). He now contributes to Boxing Monthly, doing features.