Maradona, Cruyff, Pele, Messi, all footballing greats who’ve won trophies and global recognition for their skills on the pitch. But what about those other pros out there with incredible records that match these legends but don’t get the same fanfare? Here The MALESTROM takes a look at some of the best players throughout history to have ever laced up a pair of boots, but who have become forgotten greats of the game. 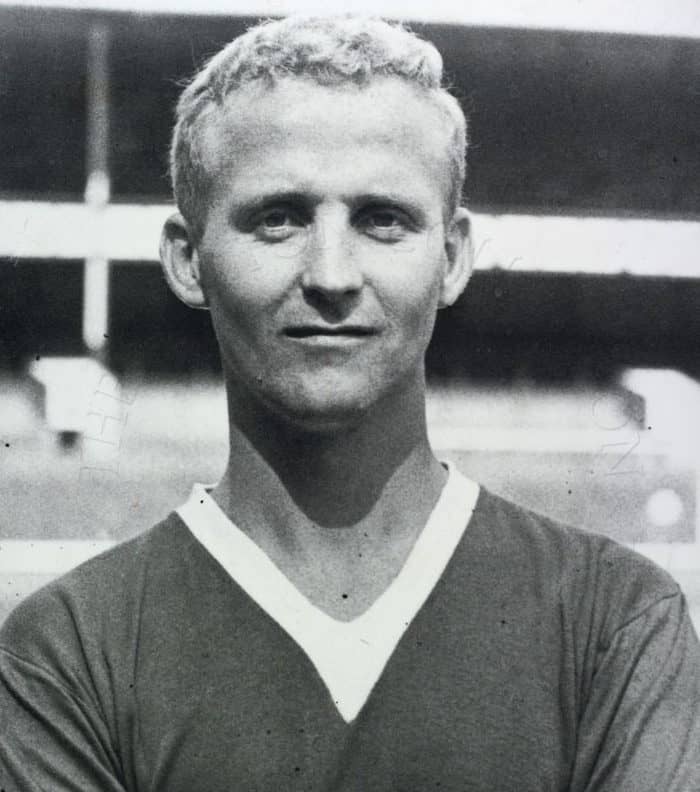 Alex Young was a creative attacking player who lined up initially for Hearts in Scotland before making the move to Everton. Known as the ‘Golden Vision,’ Young was named in the ‘Football League’s 100 Legends of the 2oth Century,’ and a testimonial held at Goodison Park in his honour in 2001 was attended by 20,000 fans.

Described as an artistic, creative player with exceptional pace, Young was a player great technical ability. He helped Hearts win two league titles and scored 103 goals in 194 club appearances, before later helping Everton to the league title in 1963. He was described by World Cup winner Alan Ball as such,

“I place Alex Young on my short-list of the greatest footballers that I have been lucky to witness up close and personal.”

Young was the subject of a 1968 docu-drama by Ken Loach appropriately named ‘The Golden Vision’.

Nandor Hidegkuti is best known for essentially creating the role of the deep-lying forward/attacking midfielder, a concept so familiar in the modern game. A key member of the famed Hungarian ‘Golden’ team of the 1950s that featured none other than Hungary’s most celebrated son Ferenc Puskas, Hidegkuti dropped out of the forward line and into a deeper midfield role.

It was at the time (1953) a complete innovation when traditional tactics were focussed on the wide midfielders, he was in many ways the player who invented the ‘false No.9’ role. Against England at Wembley it caused complete mayhem in the three lions defence, Hidegkuti went onto score a hat-trick in a 6-3 victory.

Hidegkuti scored 39 goals in 69 appearances at international level and 265 goals in 381 total appearances. His ability to control the ball and dictate the tempo of the game highlighted him as a truly magnificent talent, however, the stature of the team he played in meant he never quite received the acclaim of some his more famed contemporary’s. 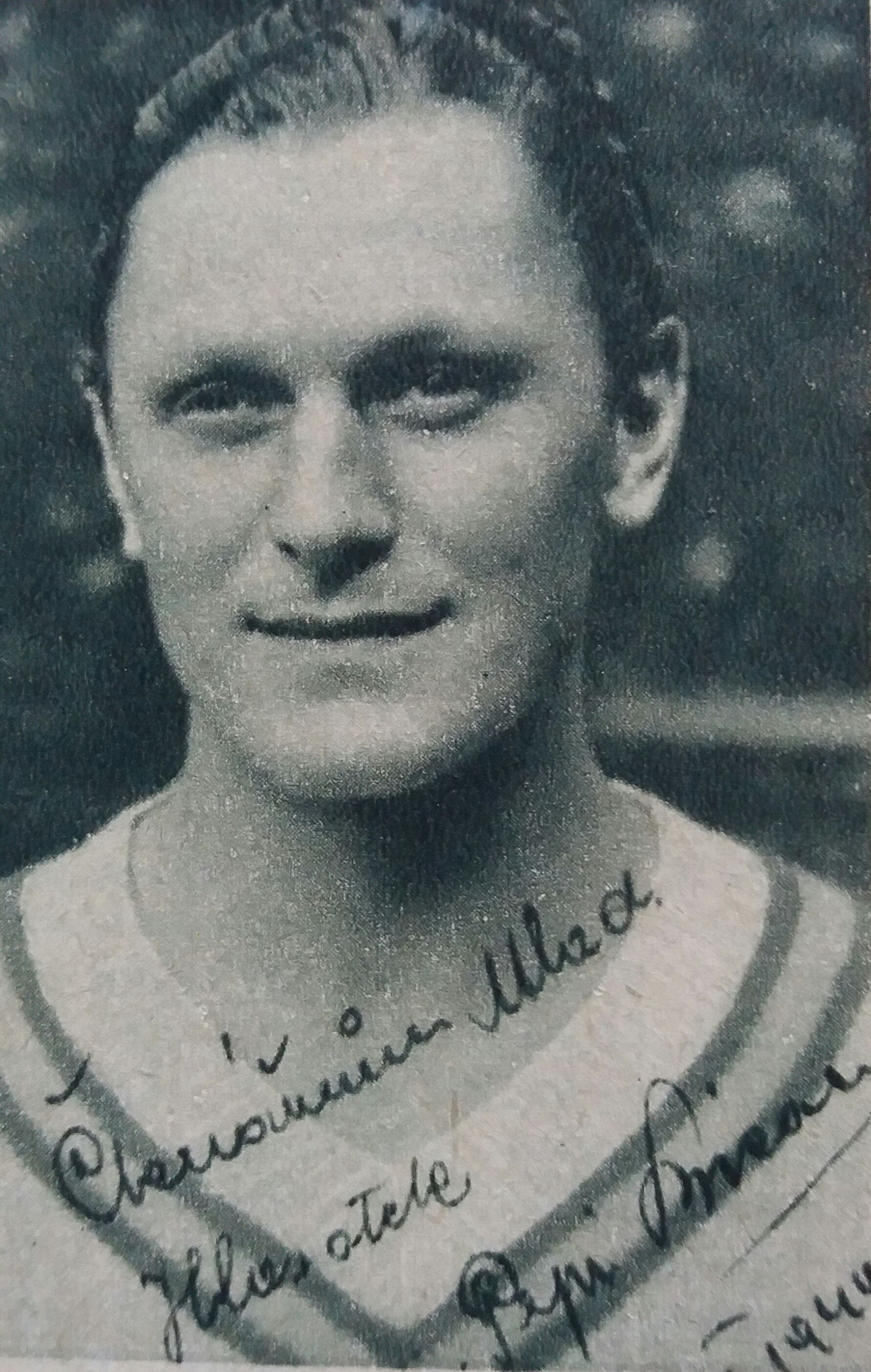 When we think of prolific goal scorers, our main reference point usually starts with Ronaldo and Messi and ends with one word Pele. However, one chap who certainly knew where the back of the net was, and for some reason is overlooked and left out of conversations about all-time greats of the game is Josef Bican.

In all competitive matches, the Austrian-Czech forward is believed to have scored in excess of 800 goals with 518 coming in league games. Playing all of his football in the Austrian league followed by the equivalent Czech version, it would be remiss to overlook his achievements. Bican once said of himself after his long career had come to an end,

With a goalscoring record like that, it’s hard to fathom what kind of a transfer fee he would command in the modern game. One of the true forgotten greats. 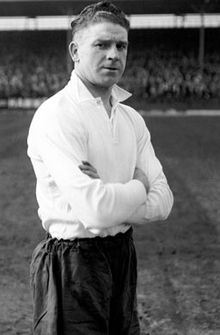 Camsell surely has to be recognised as one of England’s greatest strikers of all time. The former Middlesbrough forward scored 325 goals in 418 appearances and at a time when international games were few and far between, he scored an astonishing 18 goals in 9 appearances for England.

His career spanned the period 1924-1939 and one possible reason his incredible statistics may have been overlooked is down to a certain Dixie Dean. Camsell once recorded a club record 59 goals in 37 league games for Middlesbrough during the 1926-27 season, however remarkably Dean broke this record the very next year scoring 60 league goals for Everton. 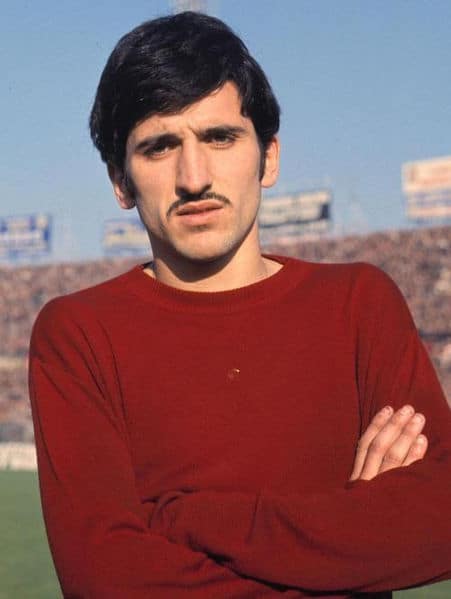 Gigi Meroni was Italy’s answer to George Best, a flamboyant, rebellious young man who sported long hair and a beard and drove around in flashy sports cars. The Torino legend was a winger with incredible pace and dazzling dribbling skills. Tragedy struck at a mere 24 years of age, as Meroni was run over when crossing the road, he later died in hospital, and ironically it was a Torino season ticket holder who idolised Meroni that was driving the car.

It was a career that promised so much but was cut short before he’d reached his prime. As famous for his antics off the pitch as on it, La Farfalla (the butterfly) as he was known had the world at his feet and underlined this with a sublime goal against then champions Inter Milan in a famous 2-1 victory.

When news leaked out that Torino had accepted a bid from fierce rivals Juventus, locals were outraged and workers at the Fiat factory threatened strike action. Who knows what might have become of this eccentric player, but with over 20,000 people attending his funeral, it’s safe to say that for those who saw him play, he was indeed a rare talent. 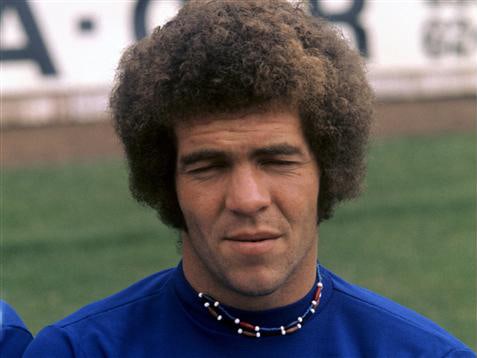 Robin Friday is widely recognised in Britain as ‘the greatest player you never saw’ however another talented playboy of the 1970s in the form Alan Groves could lay claim to that title. Like Friday, Groves’ life ended prematurely at the age of 29 in 1978, when he died of heart failure.

Once again much like Friday, Groves’ career on paper isn’t much to write home about, possibly through a lack of ambition, he never played in the top flight and despite many thinking he should, he was never picked for England.

His career saw him start out at his hometown club of Southport before plying his trade with Chester, Shrewsbury Town, Bournemouth, Oldham and Blackpool. A left-sided winger with great technical ability, Groves was happiest taking players on and getting balls into the box from wide areas. Harry Redknapp a teammate of his at Bournemouth described Groves as,

“The strongest, quickest, most skilful player I’ve ever seen. He was something else, this fella. It was frightening how much talent he had.” 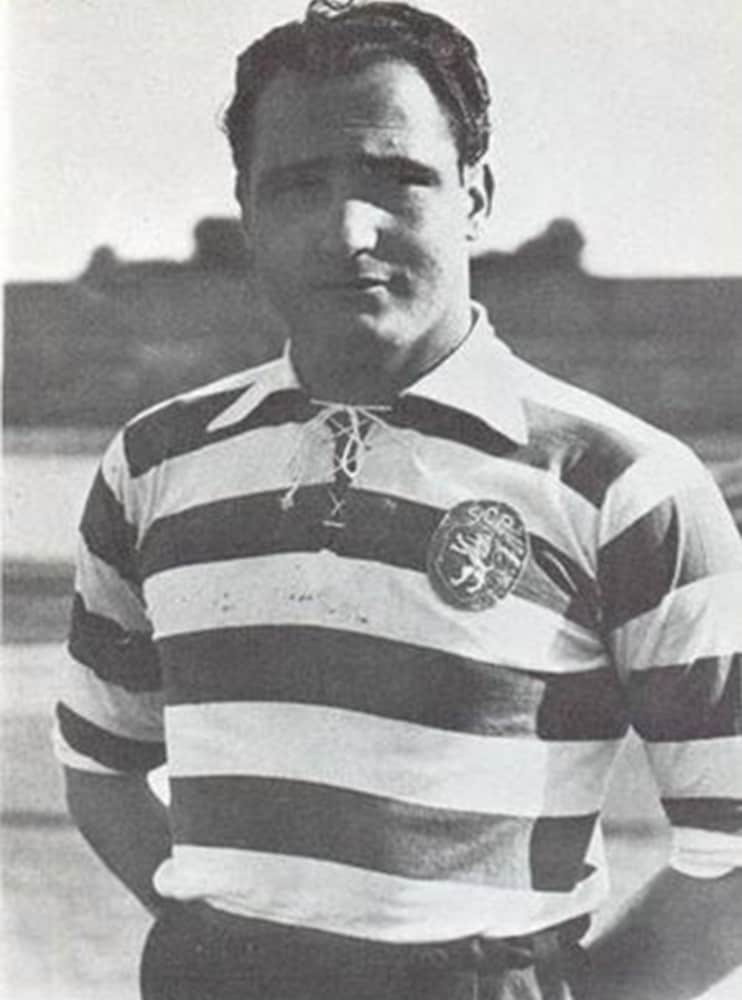 Who is Portugal’s all-time greatest player? Cristiano Ronaldo? Eusebio? Luis Figo? Well, actually it’s a man by the name of Fernando Peyroteo, at least if statistics are anything to go by. Peyroteo scored a mind-boggling 544 goals in 334 competitive matches, 332 of those were achieved in 197 matches in the Primeira Liga.

In a career that spanned 12 years all with Sporting Lisbon, Peyroteo won 5 league championships. He was the epitome of a goal-poaching centre forward who managed to score more goals than he made appearances in each of his top-flight seasons.

In the 1946-47 season, he scored 47 goals in just 23 matches. After his retirement he would return to the beautiful game as manager of Portugal, giving a certain Eusebio da Silva Ferreira his international debut. 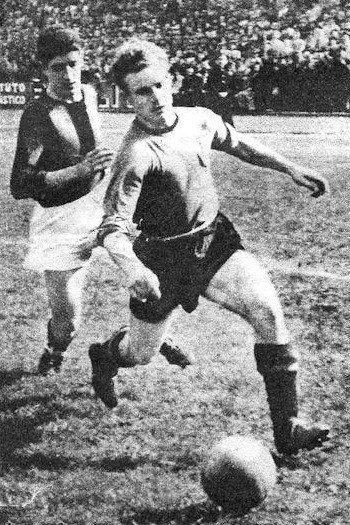 Another Italian who believe it or not also played for Torino is Valentino Mazzola. Many that saw him play, claim him to be the greatest Italian footballer of all time, and for a nation that has produced talents the like of Roberto Baggio, Franco Baresi, Paolo Rossi the list goes on, it’s an impressive claim.

Captain of both club and country Mazzola was an attacking midfielder, but with his great technical ability and hard work ethic, he was capable of playing anywhere on the pitch. Quick and strong he was known for his creativity and vision and had a superb passing range with both feet.

He scored 148 goals in 256 appearances, winning 5 Serie A titles with Torino. Tragic circumstances were once again at play in 1949 when a plane carrying Mazzola and his star-studded Torino team crashed and killed all but one of the passengers, Mazzolla was 30 years old. Team-mate Mario Rigamonti once said,

“He alone is half the squad. The other half is made by the rest of us together.”

Any forgotten greats of the game we should have included? Let us know in the comments.