In less than two days the great and good of the golfing world will descend on Augusta National golf course for the first major tournament of the season in the shape of The Masters. It’s one of the greatest events in all of sport, who can’t help but love the technicolor spectacle of a course filled with colourful azaleas.

With lightning-fast greens groomed to within an inch of their lives, an event where each year the victor is presented with a formal green jacket in the confines of a small house called the Butler Cabin.

This year we have the prospect of a formerly wounded Tiger looking to once again pounce on the title he’s won four times and an in-form returning champ in Sergio Garcia who surely won’t relinquish his championship without a fight.

And with plenty of other top names firmly in the mix its shaping up to be one of the most anticipated tournaments in history. Here we run down some of the greatest Masters moments in recent memory, starting with one that’s hard to beat.

The ’86 Masters has become the stuff of legend. Top players such as Seve, Greg Norman, and Tom Watson were all vying for the crown but it was another great of the sport who that year, will forever remain synonymous.

At age 46 no one gave Jack Nicklaus a hope of adding another major to his collection, despite his record-breaking haul, some at the time even mockingly called him as the ‘Olden Bear’.

Yet despite being four shots shy of the lead going into the fourth round he defied those saying he was past his prime by shooting an incredible 65, taking 35 going out and a quite remarkable 30 on the way home. It remains one of sports greatest triumphs and a reminder that there can be plenty of life left in older dogs, especially like once in a lifetime talents like Mr Nicklaus. 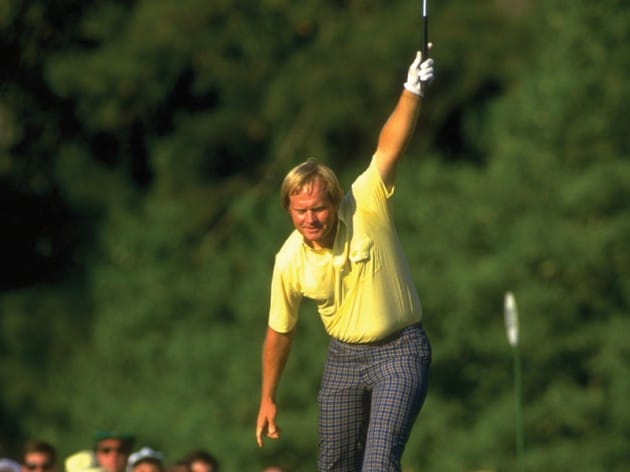 Sandy Lyle’s victory in the 1988 Masters was the first by a British golfer and it laid the foundation for a time of European dominance which saw seven out of nine titles going to America’s Ryder Cup rivals. Sandy’s win will always be fondly remembered for his brave shot on the last.

After finding himself in a bunker off the tee Lyle stepped up with a 7-iron and hit his shot as clean as a whistle onto the green, landing it past the hole before the ball came rolling back to within ten feet of the flag. Another memorable moment was Sandy’s little victory jig, but we have to say we prefer that crisp iron shot.

One of the most heartbreaking things in golf is seeing what looks to be a glorious final round setting up a sure-fire victory go down in flames. With a whopping six-shot lead going into the Sunday of the 1996 Masters, Greg Norman was pretty much nailed on to take home the prized jacket.

But, after one of the most famous collapses the sport had ever seen he left with tattered dreams. Paired in the final round with two-time champion Nick Faldo, Norman maintained a four-shot lead through seven holes before disaster struck, as he lost five shots over five holes.

Things went from bad to worse and a 67 from Faldo saw him gaining a green jacket that seemed destined to rest on the shoulders of ‘The Shark.’ Alas, Norman never claimed a title at Augusta despite some valiant efforts. 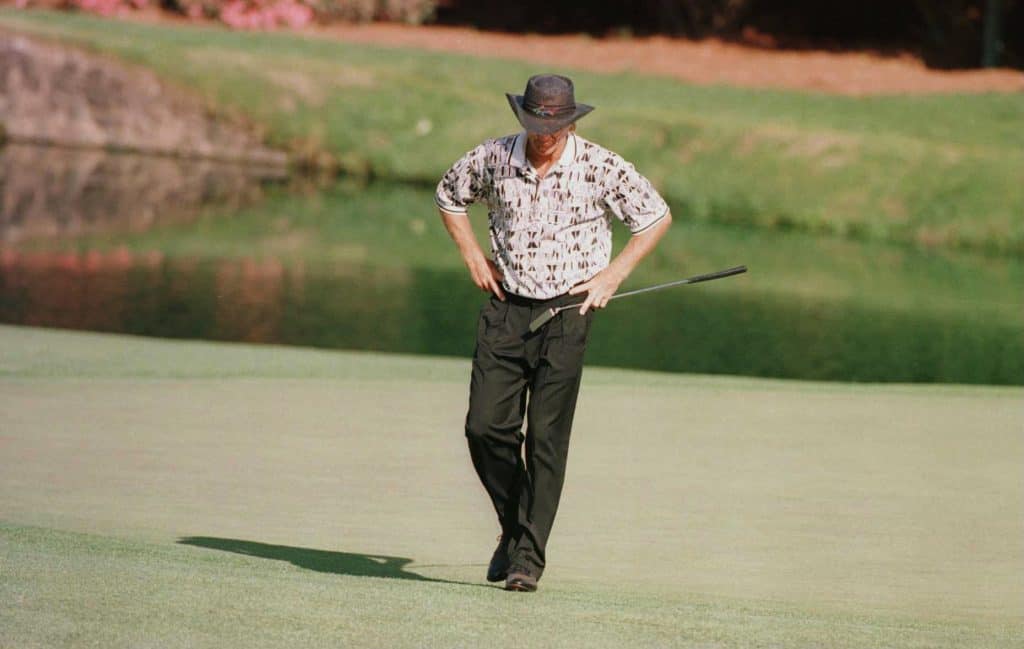 In 2004 there were major questions as to whether Phil had a major in him. He’d almost reached the pinnacle before but seemed to be a serial choker.

That year’s Masters turned into a tit-for-tat battle between South Africa’s Ernie Els and Phil. It went down to the wire with Mickelson making an 18-foot birdie putt on the last hole to bring delight to the likeable lefty and indeed fans around the world.

It turned out this win would be the catalyst to take the player on to five major titles including three green jackets at Augusta.

This may be the greatest Masters moment in the tournament’s history, so fittingly it comes from four-time champ Tiger Woods.

In the final round of the 2005 tournament, Tiger’s ball was sat in a tough spot behind the sloping green at the par-3 16th. Getting down in two from here would be a bit of a miracle, but holing it unthinkable. This moment was intensified by the drama of the journey the ball went on before dropping.

First curving sharply into the path of the cup and then waiting right on the precipice before the fevered cries from the partisan crowd urged it to drop into the hole for one of the most celebrated shots golf has seen. Pure theatre on one of the grandest stages of them all.

The big-hitting natural talent that is Bubba Watson ended up as the proud owner of a famous jacket after proving that showing guts can deliver glory.

After the dust had settled on 72-holes of compelling golf we were left with a sudden death playoff between a wonderfully inform Louis Oosthuizen and an equally erratic and enthralling Watson. After tying the first playoff hole they headed to the 10th where left-hander Bubba hooked a wild drive deep into the trees on the right side of the hole.

Never one to shy away from an impossible shot he took aim and hit an incredible sweeping hook shot from the pine straw on the floor. Fans watched on in amazement as his ball spun to within 10 feet of the pin. A hugely brave shot that led an emotional Watson to the title.

Rarely has a victory been celebrated so universally around the golfing globe than when Sergio put pay to the ‘best player to never win a major’ moniker when, at the 74th time of asking, he took the green jacket of Augusta last year.

His Ryder Cup compadre Justin Rose was leading him and after bogeys at 10 & 11 and a hooked drive straight into the trees on 13 it seemed Garcia was set to play bridesmaid once more. But after rallying with a birdie at 14, then an eagle at 15, a playoff was forced between the pair which Garcia took with a birdie. Down the years it will surely become known as one of the greatest Masters moments. One for the ages. 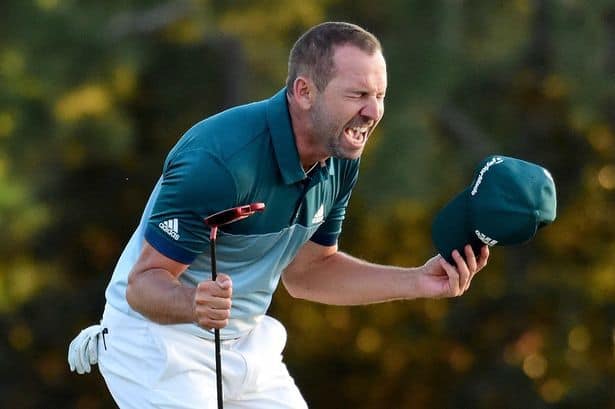 What are your greatest Masters moments? Let us know in the comments.