The Best Monster Movies on Netflix

Matt Fiddes is one of the most respected experts in the martial arts and fitness worlds. Having been bullied as a young boy, he began training in martial arts and quickly became hooked. At the tender age of 17, he started his first school, a business that has grown into being 1000 strong, with locations all around the globe.

Among his many achievements is his induction into the UK Martial Arts Hall of Fame, being presented with the prestigious ‘Martial Arts Superstar Award’, and having been bodyguard, trainer and friend to the late, Michael Jackson. We caught up with Matt Fiddes to talk about his motivations and inspirations, his greatest accolade in the sport and training the King of Pop to 2nd dan black belt.

The MALESTROM: Tell us about what got you into martial arts?

Matt Fiddes: I was bullied at school really badly so had zero confidence, was a very introverted, shy kid who was also struggling academically. One day, a child who sat next to me in class wanted me to come with him to a local martial arts class and that was it. I was hooked. Martial Arts came naturally to me and I finally found something I was good at.

TM: Who was your inspiration?

MF: My mother, who went on to retrain as a solicitor to support me and my three brothers. Also my grandfather Sean Norris, who was a famous weightlifter. He has won many Irish and English titles and was picked for the 1960s Rome Olympics to represent Ireland.

TM: How much time did you dedicate to training back when you were starting out?

MF: About four hours a day. I also watched hours worth of martial arts videos and poured over tons of martial arts books. I was definitely a Martial Arts addict! I found a passion and it was all I ever wanted to do as a profession.

TM: You started your first school at a remarkably young age…

MF: Yes because I could not do anything else! I started work as a lifeguard, came up with a business plan. And then started my first school at 17 yrs old. It was my goal in life and failure was not an option!

TM: How has being a martial artist changed your life?

MF: I would not trade the benefits my black belt has given me for anything. The life skills and core values and how you approach challenges in life. It has given me confidence in every area of my life. Always trying to raise the bar!

TM: Was it a special moment being inducted into the UK Martial Arts Hall of Fame?

MF: It was such an amazing moment. I got the highest level inductee possible – the martial arts “Superstar’ award. I have since been inducted in the Hall of Fame in Germany and Italy. It’s a great honour and one of my biggest achievement. 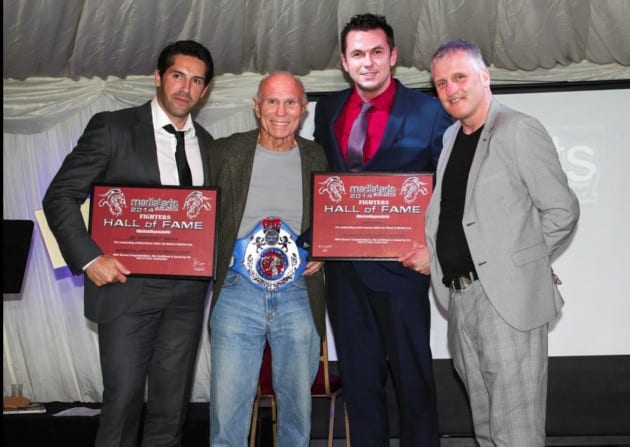 TM: What’s the proudest moment from your time working in the industry? We guess the Hall of Fame would have to be up there?

MF: Yes without a doubt. But changing the younger generation’s lives through martial arts is one of my proudest moments. Seeing parents become emotional when they explain how my classes have helped their child become more confident in the classroom, no longer getting bullied, and just generally doing much better at school and becoming more disciplined at home. Martial Arts has taught them self-discipline and to respect their parents, teachers and my team of instructors.

TM: What was it like working for Michael Jackson? It must have been quite an honour?

MF: It was an honour. Looking back I have to pinch myself on how lucky I was to count him as a close friend. He was a mentor and a great advisor who always looked after my career choices. A great man who was misunderstood, who I miss loads.

TM: Did you train him in any martial arts? If so how proficient was he?

MF: Michael was already a black belt when I met him. I took him to 2nd dan black belt though. He incorporated the martial arts into his dance moves. He felt they were closely linked. He was a great kicker!

TM: He was such a private person, you must have got on for you to gain his trust?

MF: I was introduced to him by mutual friends so he knew about me and my character before we even met. Understandably, he found it hard to trust people. I have never met someone as lonely as Michael.

TM: You’ve previously given advice on three self-defence moves all kids should know. Have you got any tips we can all utilise in problem situations?

MF: My best tip is to run away and shout for help! And never get into a confrontation! All children and adults should learn self-defence and avoidance self-protection techniques

TM: How important do you think it is for children and adults to learn martial arts? What do they get from it?

MF: They’ll get life skills that just don’t get taught at schools.

TM: Tell us about your schools…

MF: I have over 1000 of them now. All details are at www.mattfiddes.com and we have classes for 3 yrs old to 70 plus!

TM: What are your plans for the future?

MF: Keep doing what I do best. Inspire and change lives.

TM: Can you give our readers a piece of wisdom from your time in the industry?

MF: Dream it, believe it, achieve it and never give up!

For more info on how to join one of Matt Fiddes Martial Arts schools go to www.mattfiddes.com