The Civil War Over Europe: Four Down, How Many to Go?

The post-Usain Bolt era was always going to be a difficult period, not just for specifically sprinting, but athletics as a whole. The man who became a global superstar, as famous worldwide as another Jamaican legend Bob Marley, the man who cleaned up a sport that was tarnished with cheats and liars.

Not only did Usain Bolt restore the reputation of a sport that holds as much fascination in the public reckoning as Heavyweight Boxing, an iconic event, being the fastest, strongest, toughest has always captured the imagination, but he did it in style, and better than anyone before him. How could Athletics cope without him?

Well, perhaps one of the by-products of a global superstar like Bolt, is that a whole generation of youngsters watch, admire, even adore him and therefore grow up wanting to follow in his footsteps. In much the same way as we’re sure, Anthony Joshua is now inspiring a whole host of young men to become a future world champion.

Added to that is of course, and perhaps the greatest legacy, doing it the right way. Being a perfect role model, no trash talking, egotistical, brash nonsense, only talent and hard work. Look, Usain Bolt set times that seem impenetrable, records many felt at the time could never be broken.

But, who knows? As a species, we seem to be getting, bigger, better, faster and stronger and maybe somewhere within that mix, a new superstar will emerge. With that in mind, we thought as summer is descending, we’d take a look at five young sprinters who might take the torch from the legendary Usain Bolt. 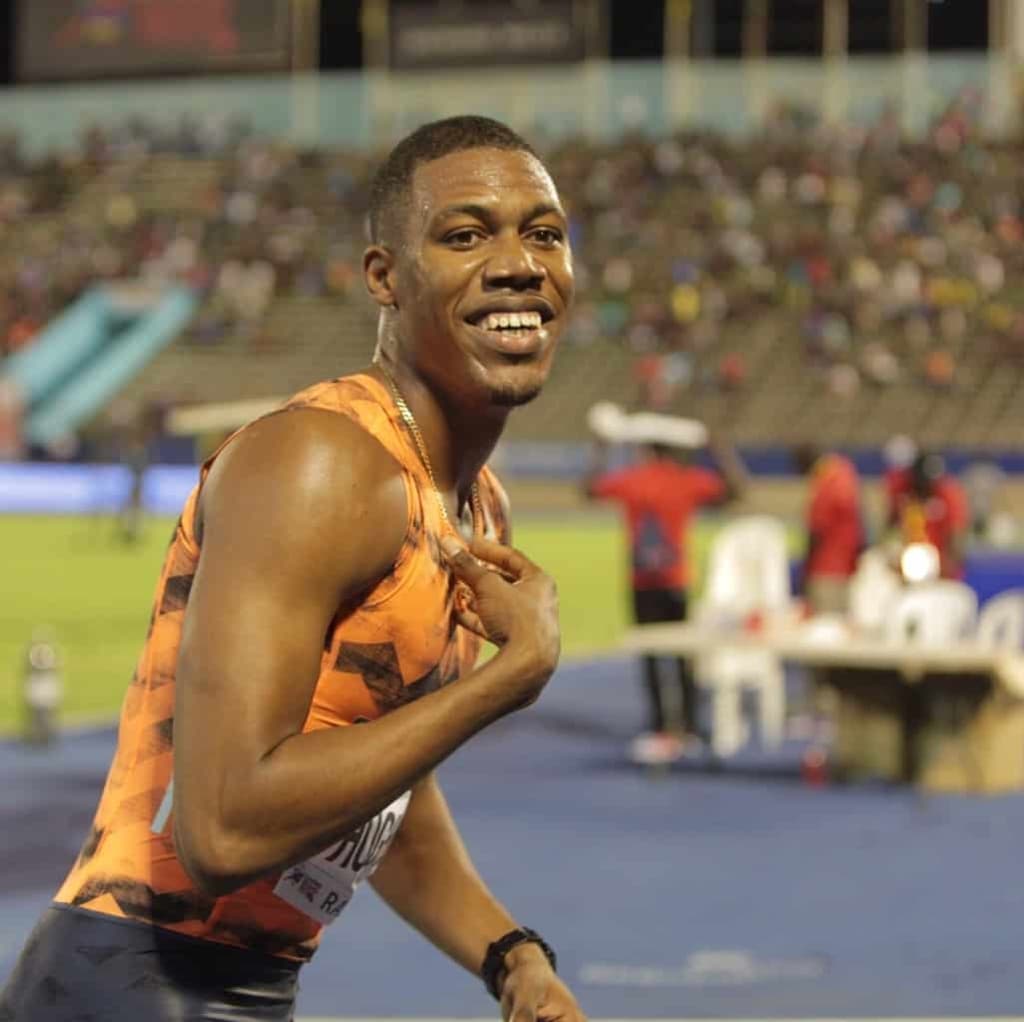 British track star Zharnel Hughes has already made giant strides (pardon the pun) in his quest to be become ‘The Man’ with double gold in the European Championships in 2018. He ran a Championship record in Berlin of 9.95 seconds.

However at that point, he’d already clocked Britain’s second fastest ever 100m sprint time 9.91 seconds, just behind the long-held record of 9.87 seconds ran by Linford Christie, it also made him Europe’s fourth fastest sprinter of all time. He also holds the fourth fastest British 200m time of 20.02 seconds. Still only 23 years old there’s plenty of scope for improvement from Hughes.

Former World Youth Championships winner Japanese athlete Sani Brown is a rising star of the sprint game. Much has been expected of the young man with a Japanese father and Ghanaian mother, but at the tender age of 20 is very much still in the development stage.

One thing is for sure, 100m sprinters are measured by breaking the 10-second barrier and Sani Brown did just that in May this year running 9.99 seconds. One thing’s for sure he’ll be carrying the hopes of the nation as poster boy when the Olympics roll into his hometown of Tokyo in 2020. IAAF President Sebastien Coe has described him as “a phenomenal talent”.

Rising superstar of US Athletics Noah Lyles is a serious contender for the throne vacated by Usain Bolt. Just this past week he stormed to victory in the Diamond League 100m race in Shanghai with a personal best time of 9.86 seconds.

At just 21 years old he’s got previous, in 2018 he clocked 9.88 seconds in the USATF Championships making him the youngest US 100m champion in 34 years. Believe it or not, his preferred event is 200m where to date he’s ran an astonishing 19.65 seconds in Monaco. His younger brother Josephus is also a talented athlete, while his dad won 4x400m relay gold at the Worlds in Gothenburg 1995. This guy ticks every box.

Another British sprinter with claims to the crown is 23-year-old Reece Prescod. The talented sprinter is another who competes comfortably in both the 100m and 200m, in fact, until 2018, the 200m seemed to be where his future lay. That was of course until he started clocking sub-10-second times with ease and regularity.

In 2018 alone he clocked 4 times under the magic barrier, including a personal best of 9.94 seconds and a wind-assisted 9.88 seconds in the Diamond League. The similarities with Usain Bolt stemmed initially from his physical appearance, a long, rangey sprinter, but more notably his incredible finish. Prescod eats up the ground in the last 20-30 metres and if he can correct his start, another similarity he shares with Bolt, he could become a world-beater. Recent performances in the 60m indoors suggest he’s doing just that.

Right now Christian Coleman is the man they all want to beat. Established even at 23 as being the most obvious successor to Usain Bolt’s throne, Coleman has been tearing things up for a couple of years now. He recently lost the aforementioned Diamond League meet to Noah Lyles by a whisker and hints at a potential rivalry already brewing between the two young Americans.

He currently holds the indoor 60m world record, with a time of 6.34 seconds, which tells you this guy is fast out of the blocks. But, a 100m personal best of 9.79 seconds – matching the legendary Maurice Greene – would suggest that Coleman could very well become the next big thing in track and field. In 2016 he clocked 9.95, 2017 saw him run 9.82 and of course that personal best in 2018. It’ll be fascinating to see what he runs this year, having started things off with a 9.86 last week. The main man, for now…

There seems to be a host of emerging talent, which as we’ve said is Usain Bolt’s legacy in itself, and with the 10-second marker less daunting than at any other time, maybe we’ll see the title of Worlds Best change with increasing regularity. Nigerian Divine Odurudu clocked 9.94 seconds in the Michael Johnson Invitational, before running 19.76 seconds in the 200m less than an hour later, placing him in a unique bracket of athletes. American Ronnie Baker is another athlete who has shown great promise running a personal best 9.87 seconds in 2018, while South African Akani Simbine has run 9.89 seconds and looks to be getting stronger.

Who do you think will be the next Usain Bolt? Let us know in the comments.