The ‘Goodfellas’ are Back Together in Scorsese’s The Irishman

With this Summer’s transfer window wide open we wait with bated breath to see what astronomical figure will be plucked out of the air for an unproven yet said to be world class footballer.

Take Monaco’s Kylian Mbappé, no doubt a prodigious talent, but this is a kid who having scored 20 goals in his senior career is likely, sooner rather than later, to make a move that will cost a club upwards of £100 million! That’s a fair chunk of change for an eighteen-year-old.

Given this crazy world we currently dwell in The MALESTROM wanted to look back rather than forward, to dig up the past and compare the transfers of yesteryear to today. Here’s a look at the Premier League Summer transfer window – 1997.

And before anyone says it, yes we do understand the term inflation, but regardless sitting the big buck switches of twenty years ago next to today’s makes for very interesting reading. It’s safe to say the transfer market looked very different.

It’s the summer of 1997 and Manchester United have just secured the FA Carling Premiership with an all-time lowest points tally of 75, it’s their fourth Premier League title.

Newcastle finished second to take the other Champions League spot and Arsenal under the guidance of their new manager Arsene Wenger finished third and are joined in the UEFA Cup by Liverpool and Aston Villa. Nottingham Forest, Middlesbrough and Sunderland were relegated, meaning three new teams joined the top division in the form of Bolton Wanderers, Barnsley and Crystal Palace.

A busy summer transfer window lay ahead with Newcastle, Arsenal and Liverpool looking to close the gap on Manchester United. There was lots of talk of the crazy money in football and the Premier League in particular, due in main to the new £670m four-year deal the Premier League had secured with BSkyB to televise live matches.

The yearly average wage of a Premier League footballer had increased dramatically and was somewhere around the £250,000 per annum mark, an astonishing sum to the man on the street. Phone-ins were awash with outraged fans, berating the ridiculous fees and wages (sound familiar?), the world of football was changing.

There were some significant managerial changes during the previous season, with Ruud Gullit taking over from new England manager Glenn Hoddle at Chelsea, Leeds Utd had replaced Howard Wilkinson with George Graham and Kenny Dalglish took over the Newcastle job after Kevin Keegan left.

Howard Kendall returned for a third spell at Everton and during the summer a highly respected coach by the name of Roy Hodgson took over the helm at Blackburn Rovers. It was also a significant period for the Premier League as a whole, due to an influx of overseas players heading to the newfound riches in the English top flight, largely thanks to the influence of Ruud Gullit and a certain Arsene Wenger in only his second season in charge of Arsenal.

The current champions Manchester United looked to strengthen their position at the top of the table. With the shock retirement of their mercurial captain Eric Cantona at the age of just 30, they made two big signings the £5m capture of Henning Berg from Blackburn and Cantona’s replacement the £3.5m transfer of Teddy Sheringham from Tottenham.

It was a busy summer up in the North East for Kenny Dalglish and Newcastle. Having lost the powers of Les Ferdinand and David Ginola to Tottenham Hotspur for £6m and £2.5m respectively, they brought in Jon Dahl Tomasson for £2.5m and Alessandro Pistone for £4.3m. John Barnes, Ian Rush and Stuart Pearce all arrived on free transfers. 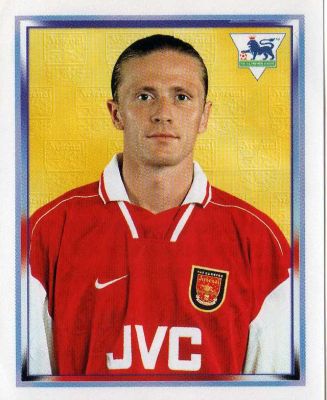 On the red half of Merseyside, significant business was taking place, after looking like potential champions the previous year, an end of season collapse saw Liverpool’s challenge tail off and a disappointing fourth-place finish awaited. Some might say an all too familiar tale. With Roy Evans saying goodbye to stalwarts Barnes and Rush who were reunited with Dalglish at Newcastle, in came Oyvind Leonhardsen from Wimbledon for £3.5m, Karlheinz Riedle £2.3m and a young Danny Murphy signed from Crewe for £1.5m. The final piece of their jigsaw was the £5.3m capture of Paul Ince from Inter Milan. 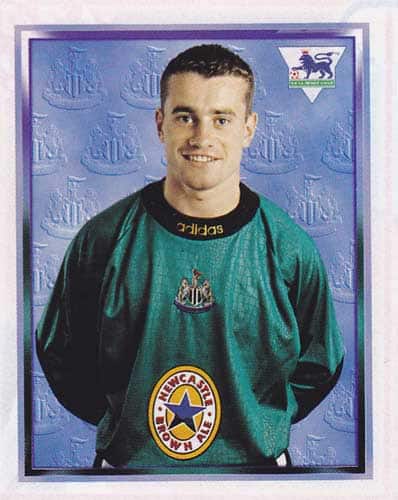 The aforementioned newly appointed Blackburn manager Roy Hodgson oversaw the biggest squad overhaul. Having been Premier League champions only two seasons earlier, the house that Jack Walker built was crumbling, and only worsened with Henning Berg making the switch to Man Utd for £5m, at the time the joint highest fee paid by a British club for a defender. It’s a fee that was matched when teammate Graham Le Saux returned to his first club, Chelsea. Shay Given also moved on joining Newcastle for £1.5m, and Chris Coleman swapped the top flight for the second division joining Fulham in an astonishing £2m deal, a record for the division, the fee financed by Muhammed Al Fayed.  To counter the losses in came Martin Dahlin for a fee of £2.5m and Stephane Henchoz for £3.5m having turned down Man Utd in favour of Rovers. 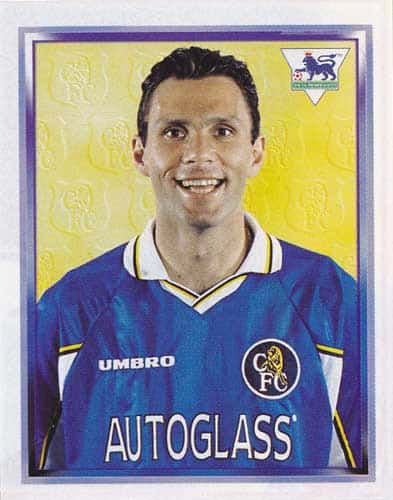 Having put pen to paper for the return of Graeme Le Saux, Chelsea were also busy in the transfer market. Having seen Craig Burley head north of the border to Celtic, they moved to sign Celestine Babayaro for £2.25m a club record for a teenager at the time, Tore Andre Flo £300.000, Ed de Goey £2.25m and Gus Poyet on a free, surely the signing of the summer. Gullit’s reign would only last until February when a dispute with the board saw 33-year-old Gianluca Vialli takeover as player/manager. 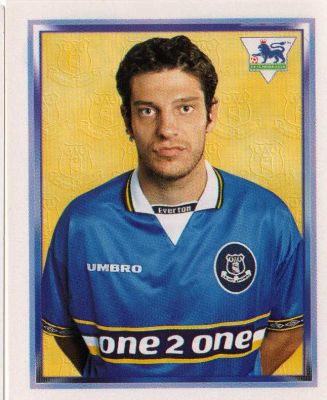 Other notable signings that summer included Barnsley’s capture of Jan Åge Fjørtoft for £978,000, Jimmy Floyd Hasselbaink joining Leeds Utd for £2m and Robbie Savage making the move to Leicester City for £400,000. West Ham signed Eyal Berkovic for £1.75m from Southampton, and Slaven Bilic left to join Everton for the costly sum of £4.5m with a young George Boateng completing a £220,000 move to Coventry City.

That season would see Arsenal win their first title under Arsene Wenger finishing a point ahead of Man Utd. Liverpool and Chelsea made up the top four, but there were only two champions league spots available back then. The season might be best remembered for the emergence of an 18-year-old prodigy named Michael Owen who burst onto the scene and finished joint top scorer alongside Dion Dublin and Chris Sutton.

With Premier League summer spending set to reach an all-time high of over £1billion and the average yearly wage of a Premier League player now around the £2.5 million pound mark that’s ten times what it was in 1997, and with the waters slightly muddied by the large number of youth players on the books of Premier League teams, the average wage for a match day squad would be considerably higher.

How much do you think some of the above-mentioned players would be worth in today’s market? Feel free to leave your comments below.