These Disturbing Horror Soundtracks will Give you the Chills

Somewhere between the well-travelled terrain of the amateur boxing circuit and the sell-out stadium fights of the pro ranks to which we’ve now become accustomed, lies the world of, for want of a better term, the everyday fighter. The guys who commit and train as hard as any of the celebrity boxers that make the headlines.

Guys like Middleweight Mitchell Frearson, who wake up every morning at some ungodly hour to squeeze in a training session before heading off to their day job. It’s a grind in the truest sense of the term, and a life that can offer very little financial reward despite the utmost dedication and all the will in the world.

After a respectable amateur career, Mitchell decided this year to join the powerful ranks of MTK Global and make the journey into professional boxing. Unlike those fighters further down the line, he has to work full time on a building site, fitting in every bit of training he possibly can into a grueling eighteen hour day.

On Friday at Capital Gains, hosted in the iconic boxing venue that is York Hall, he’ll go looking for his third win and another step up the long Middleweight ladder. We spoke to Mitchell about the fight game at this level and his refreshing thoughts on promotion.

The MALESTROM: What’s going on with you right now?

Mitchell Frearson: Well thank God we’re right at the end of camp now. It’s been a long ten-week camp basically. I’ve kind of enjoyed it. So I’m boxing next week at the MTK show, that’ll be my third fight at Middleweight, so looking forward to it mate.

TM: How did you first get into boxing? What were those early days like?

MF: To cut a long story short, I started out kickboxing as a kid and then one day someone brought some gloves into college and we were all fighting in the carpark, before I knew it I got taken to a boxing club, then one thing led to another and here I am today, all from a little muck around in a carpark.

TM: Tell us about your amateur career?

MF: I turned pro this year, but I was an amateur for about seven years. So I had 29 amateur fights, won eighteen, I didn’t do too bad, could have done better, could have done worse at the same time. I spar with a lot of good level pros and I thought why not? If I can compete at their level at sparring, I can put that into place in proper fighting, so why not give it a crack?

TM: Have you got a day job?

TM: So how does that fit in with training for pro fights?

MF: Basically my daily routine is to wake up at quarter past four, go to do my strength, so I’ll do strength on a Monday and a Friday and go running early doors, then the building site I’m on at the moment is in East Acton, so it involves me going straight from strength training to the site.

Everything is to the minute, I can’t be late or nothing, it’s literally to the minute. As soon as I finish training I quickly drive to the station, drop my stuff off, bosh, straight on the train to East Acton, then by 2 pm, I’m pretty much dead because I’ve been up since four. Then after work on the way home, it’s straight back on the train and off to more training. It’s a non-stop day.

TM: Some young kids will look at boxing with the likes of Anthony Joshua and the big stadium fights and think it’s all glitz and glamour…

MF: Not at all. I mean Anthony Joshua had to start somewhere, it wasn’t always limelight for him, but it definitely isn’t like that for us at small hall level.

From selling yourself through Instagram, picking up tickets, driving round the tickets the night before your fight, picking up money, texting people. It’s like you’re a legal drug dealer, you’re just driving around all the time and trying to sell yourself. It’s non-stop.

Don’t get me wrong, I’ve got Instagram and I use it quite a lot, but I’m not really one for doing me, me, me. Along with all the training I’m doing it’s just relentless. But as I’ve said, luckily I’ve got a career. I’m not being negative, but God forbid I was to lose, I can still go to work on Monday.

But for other boxers where that is their job, I can imagine it is even harder with the pressure that they’ve got to win their fights because otherwise, that’s their job. Having a good career makes things a little easier, although it puts pressure on you in other ways like being up 18 hours a day! 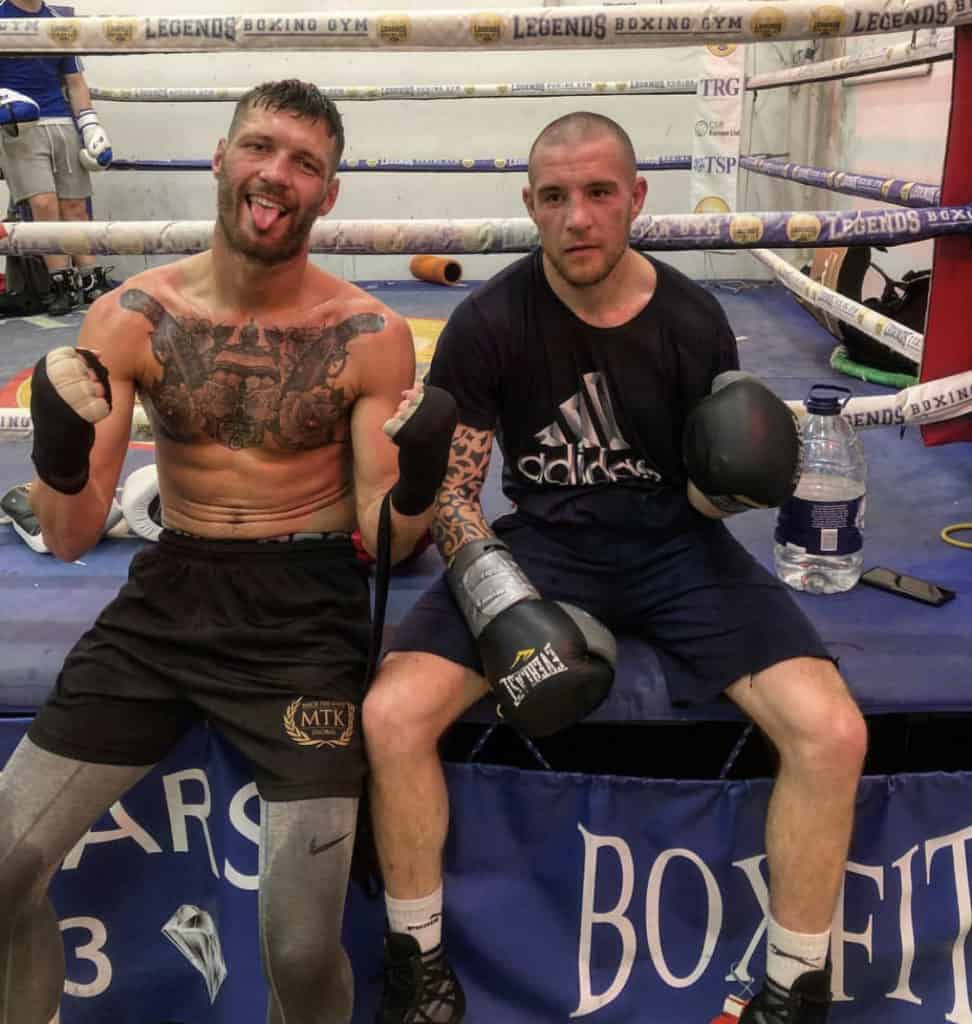 TM: What about your ambitions as a fighter? You’ve obviously got your career in building to fall back on, but how far do you want to take it as a pro?

MF: At first it was just to go pro and get the experience with my long-term trainer, but now looking at what’s around I’d like to set my sights by the end of the year on a Southern Area title you know. For me at the moment that’s my World title, obviously I’m not looking past Friday but that’s my end goal for next year. Of course whatever comes my way after I’m more than open to.

TM: So you’re not looking to fight an Alvarez or GGG quite yet?

MF: Don’t get me wrong if they wanted a fight I’d fight them… for the right money. Pay me 20k, just enough for a deposit on a house and I’ll be happy to fight them (laughs). No, I won’t be rolling around with them anytime soon.

TM: How did your association with MTK Global begin?

MF: It’s not what you know, it’s who you know really. I’m really good friends with someone that’s quite high up in MTK, quite respected. I’m not going to bullshit, I was a pretty average amateur, hence why I’m training my absolute arse off to prove it was the right decision and to make sure there’s no room for errors.

TM: Some boxers have an arrogance about them, you don’t seem to be cocky…

MF: I don’t need to be cocky, there’s no point to it. I’ve got a good following, I am who I am, I’ve got nothing to prove. Whatever happens in my career, happens. Hopefully, it’s all positive, but I’m not feeling the pressure, I’m just enjoying the ride.

TM: How much is it about putting a performance on for the crowd? Is that a massive second to getting the win?

MF: Don’t get me wrong it is about putting in the performance, but as long as my trainer’s happy… I mean if he’s happy with my performance I’m happy, you know. Either way, I do like to give the crowd a good bit of buzz.

TM: Being a part of MTK you’re in the same management company as Tyson Fury. What’s your take on his upcoming fight with Wilder?

MF: Do you know what, if they went about it in the right way I think it’d be a great fight. But they’ve just played up to the cameras and I think they’ve spoiled the moment. What could have been a momentous occasion has been tarnished by turning it into a puppet show. Don’t get me wrong, I’m a massive Tyson Fury fan, but I think they could have gone about it in a better way if I’m honest.

TM: Do you think that kind of push and shove promo before fights that we often see needs to change?

MF: With today’s social media they don’t need to do that. They’re slagging each other off, but there’s no actual bad blood there. They need to go about it the right way. If there was bad blood then call each other what you want, but there isn’t, the crowd can see it, it’s not really real. I still think it’ll be a great fight.

TM: What do you make of the way Anthony Joshua presents himself?

TM: It’s nice to see the British boxing scene is in such rude health though isn’t it?

MF: Definitely. It’s a good buzz to be a part of it. It makes you proud to be a British boxer. 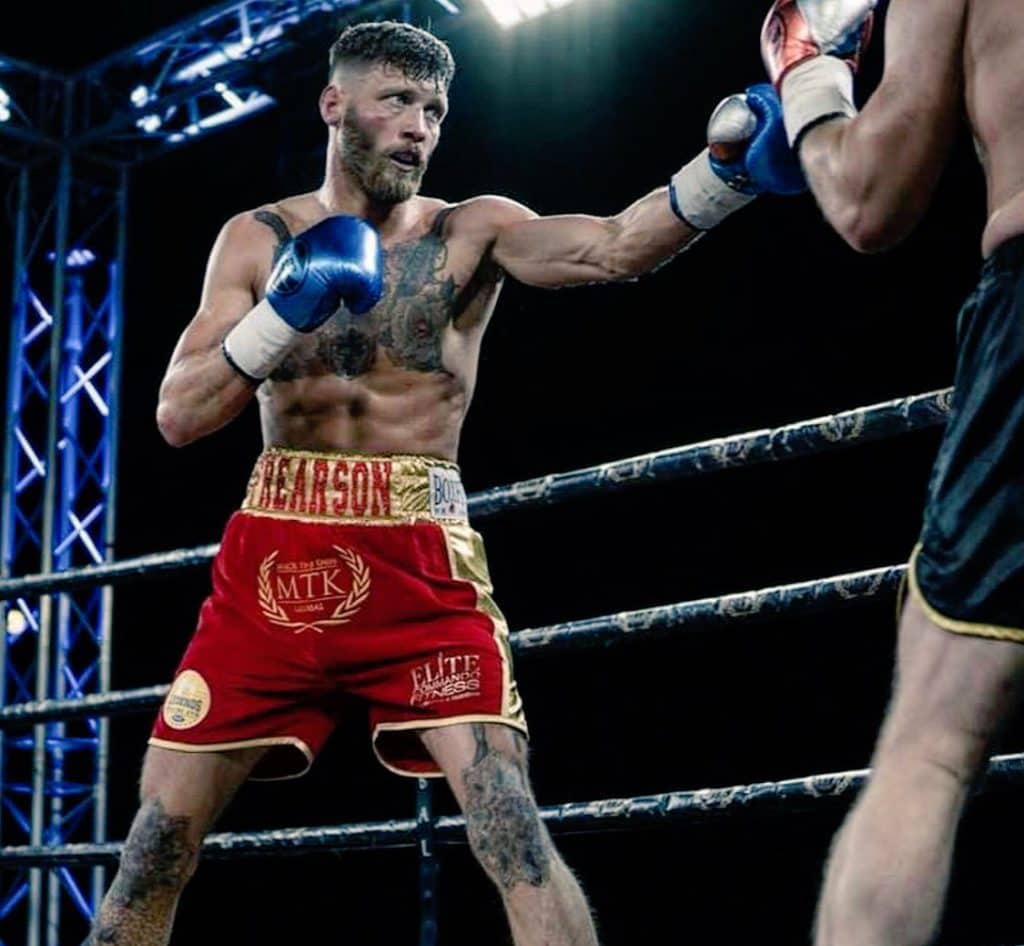 TM: Your next bout is at York Hall, an iconic boxing venue, it must be great to fight there?

MF: It’s great, I mean it’s a bit of a pain for people to get to, but once the night’s happened it’s unbelievable and well worth the stress. But where I’m from, Essex, I do prefer my Brentwood’s and places like that.

TM: How would you describe your style?

MF: Very unorthodox, I probably don’t do too much right. it gives my trainer the hump. I’m very awkward and very exciting I think.

TM: So tell us what we can expect on Friday at Capital Gains? Who’s your opponent?

MF: I think I’ve been matched, but I’ve not really checked him out yet. At this sort of stage in the career, you just get in there and do your job.

TM: Is it hard not to train for a specific opponent?

MF: I don’t really care who I face. I’ve boxed for quite a few years now and have come across plenty of styles, I should be good enough to adapt.

TM: We always like to ask for some words of wisdom, does anything come to mind?

MF: Create positive vibes and positive things will happen. For me personally, this year has been a testament to that.

To get tickets for Capital Gains at York Hall on Friday visit MTK’s box office.

You can also watch all the action live on Box Nation. 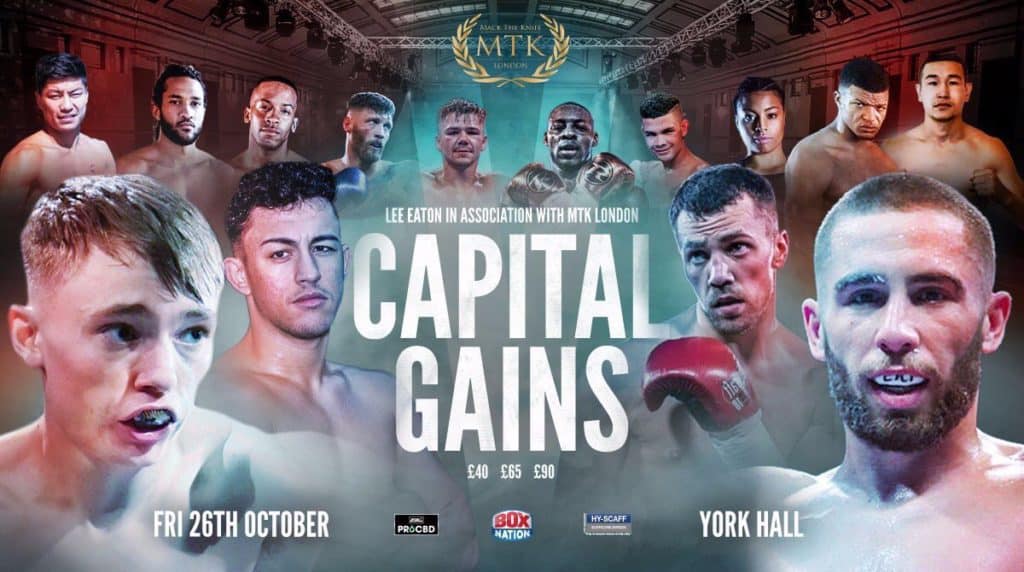