Should we be Worried What’s in our Grooming Products?

There are some seriously tough disciplines throughout the sporting world, whether it be extreme challenges of endurance like the Ironman triathlon or ultra-distance cycling, or those that require conditioning of the very highest level like boxing or MMA. But there is one sport known as Calcio Storico or “historic football,” which after viewing we think you’ll agree is hands down the toughest, most brutal sport going.

Calcio Storico is an early form of football that originated in 16th-century Italy. It’s certainly not the type of football you might be used to being more akin to a Gladiatorial battle than what you might see on a Premier League pitch. Popular in it’s time it’s thought to have started in the Piazza Santa Croce in Florence (it’s also known as Calcio Fiorentino because of the location it was first played in). 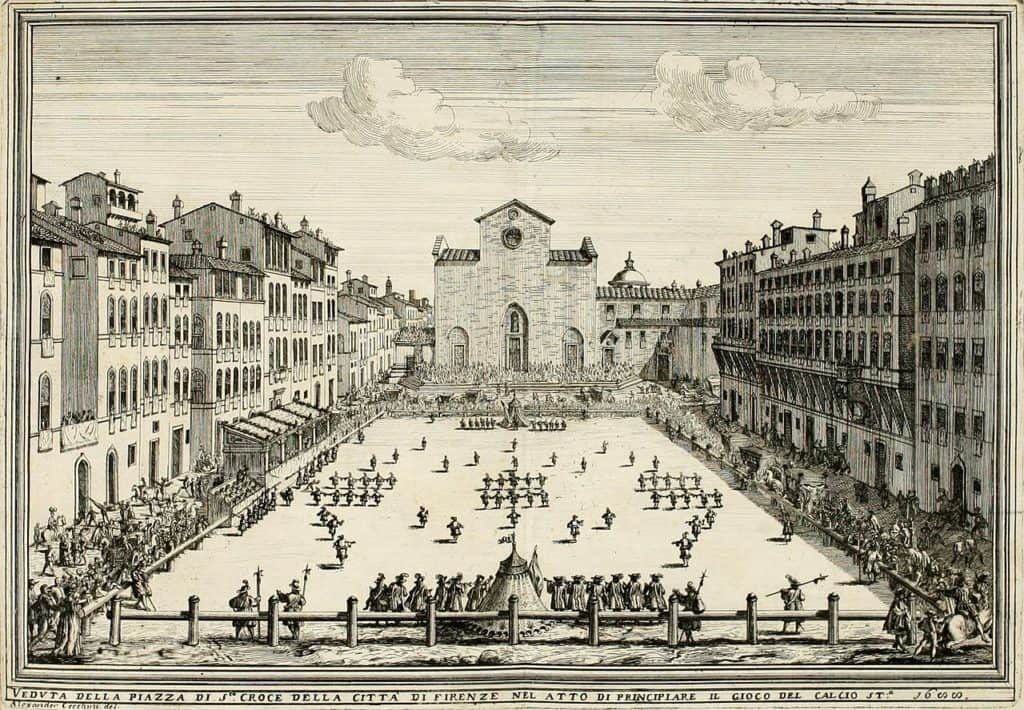 The game was invented by rich aristocrats and was initially intended only to be played only by the higher social classes (even Popes got stuck in apparently), every evening on the dates between Epiphany (6th Jan) and Lent (14th Feb). These days the final matchup is played on June 24, the day of San Giovanni, patron saint of Florence.

There are four Florence teams each from a different neighbourhood that made up the competition. There’s the Azzurri (blue) of Santa Croce, the Verdi (green) of San Giovanni, the Bianchi (white) of Santo Spirito and the Rossi (red) of Santa Maria Novella. Modern-day competitors wear the same colours and traditional dress as their 16th-century counterparts, showing where their allegiances lie. Before we take a look at some of the action let’s have a quick rundown of the rules.

It’s earned such a fierce reputation due to its high-octane action that’s seen many of those brave enough to compete be rewarded with some serious injuries. There have been numerous shattered bones, ears have been bitten off and someone was even sent into a coma after a blow to the head.

Calcio Storico is a sort of combination of football, rugby & bare-knuckle fighting, not a sport for the faint of heart, even for those spectating in the charged atmosphere of the small stadia. Here’s a look at the speed, skill and don’t forget hard as nails attitude that makes up the uncompromising game of Calcio Storico.

This year’s semi-final was perhaps more brutal than ever after the referee was punched and a bloody 40-man brawl broke out, riot police had to be called to separate the warring players. Not the usual sight – even in sports where there are storied histories and fierce rivalries, matches or bouts tend to end in a respectful handshake at the least.

So if you fancy a more primitive sport that serves up a large measure of manliness and gumption, maybe Calcio Storico is for you. With this type of football, you won’t be moaning that the game has gone soft and players going down too easy. If these lads go down they’ve probably taken a heavy right hand to the jaw, less the beautiful game, more the brute-iful game.