Movie Characters That Don’t Conform to the Norm

May Bank Holiday Weekend always signals the start of a fresh outlook, the world seems a better a place as the sun comes out and up and down the British Isles, festivals, events, rooftop terraces and big screens signal the start of summer. With the extra long weekend beckoning we take a look at the best offerings for you and all your nearest and dearest to enjoy. Here’s The MALESTROM Bank Holiday Weekend EDIT.

Cheltenham swings open it’s gates for a six-day, internationally acclaimed festival of Jazz, where the town comes alive with the new, the old and downright funky, there’s a bit of something for everyone. The festival is hosted in a tented festival village in Cheltenham’s Montpellier Gardens, featuring a Big Top stage, the Jazz Arena, a Family Tent featuring workshops, performances and sing-alongs and a food and drink area surrounding the Free Stage. There’ll be performances from iconic figures such as Courtney Pine and up and coming artists like Anoushka Lucas and a whole host of happenings on the fringe with pop-up street performances during the day,  you’ll discover new jazz favourites in the evening while you dance the night away. 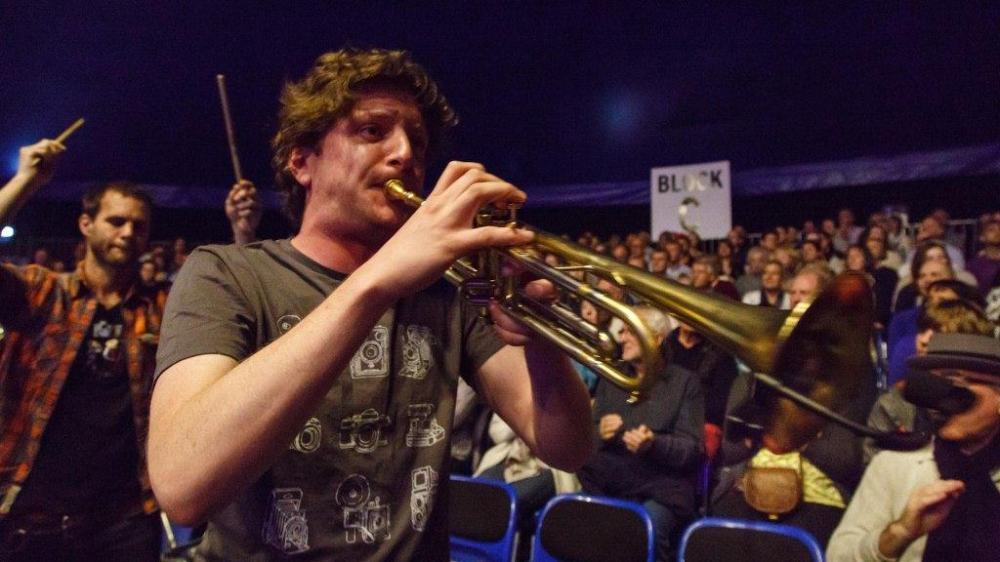 London’s longest-running Art Fair happens this weekend at The Royal Academy of Arts where their finest galleries will play host to works from all the periods of printmaking, from Dürer woodcuts to pieces from contemporary masters. And you don’t just get to view the work, you can buy it too. It brings together budding and international collectors from around the world, mixing with dealers and artists in the relaxed atmosphere of a boutique fair. 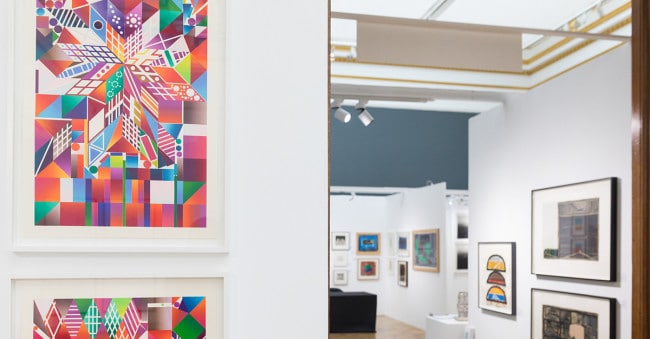 This Sunday Brighton Racecourse will transform into an antiquarian paradise with 175 stalls cascading across the venue filled with vintage collectables and all manner of  old school items. With easy access to the motorways and rail, and a wide range of food and beverage offerings this is the perfect solution to your bank holiday weekend shopping needs. Running from 10.30am to 4.00pm, admission is a mere £3 at the gates. 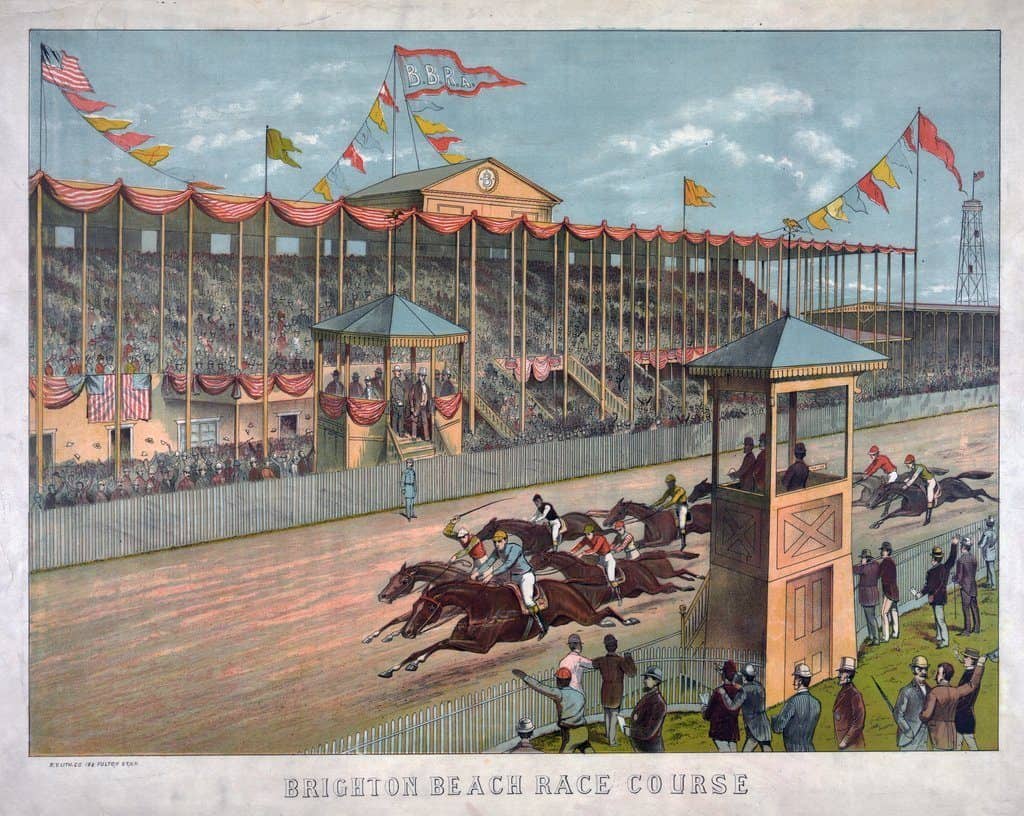 The warmer weather means only one thing, well lot’s of things actually, but in this instance it marks the start of a plethora of outdoor film screenings. From the Peckham’s Bussey Building to the Roof East in Startford and the Queen of Hoxton in Shoreditch, the Rooftop Film Club is a must for the warmer summer evenings. This bank holiday weekend sees a celebration of the 20th anniversary of Fear and Loathing in Las Vegas at the Queen of Hoxton (9:00pm, 6th May) or for something a little lighter a screening to mark the 30th anniversary of the joyous 80s comedy BIG (8:30pm, 6th May) at the Roof East. Enjoy! 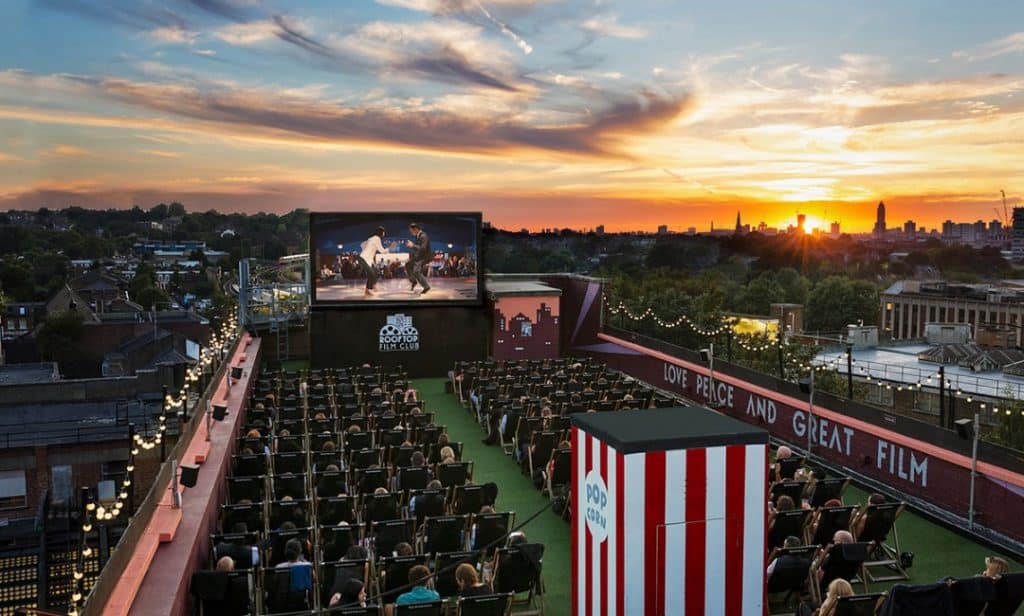 The historical Victoria Warehouse in Manchester goes all Caribbean this evening with a festival of peace, love and lots of roots rockin reggae. There’s two award winning sound systems from Baron Turbo and Killer Watt, and Dj ‘Buckels’ will be playing the very best of reggae and dance hall throughout the night. There’ll be star turns from talent such as Tarrus Riley, Baby Cham and Jahmiel Nesbeth while fire eating, juggling and fair ground rides help create the festival feel. This first time event looks set to become a staple so hurry fast to get your tickets. 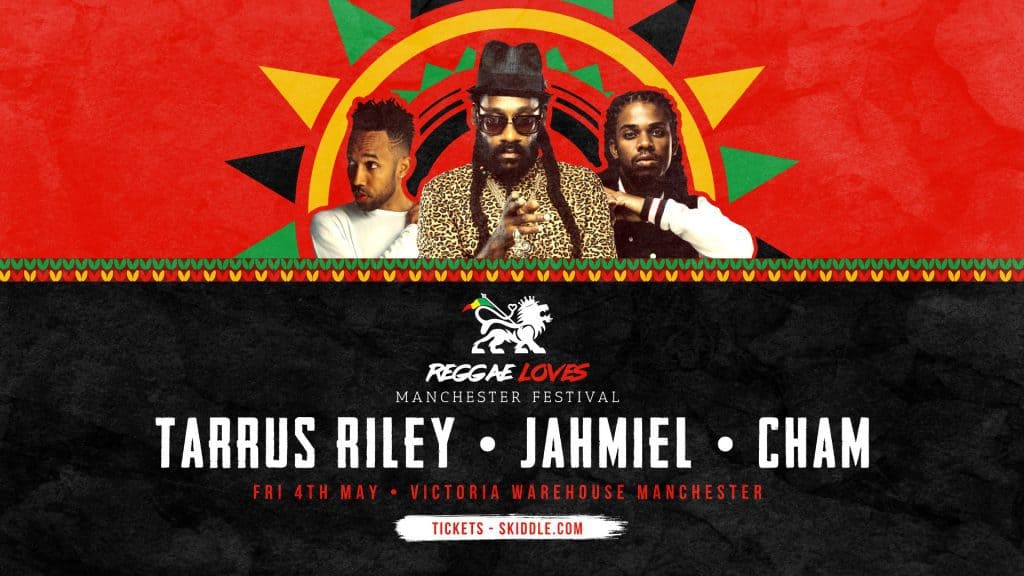 For the third year running this Mayday sees the ever popular Brixton Beer and Bread Festival return to indulge South Londoners with the finest local offerings from artisan bakers and brewers alike. Brixton Brewery and the Friends of Windmill Gardens have again teamed up to offer the very best in bread and booze along side live music so you can sway the day away while you munch and imbibe. 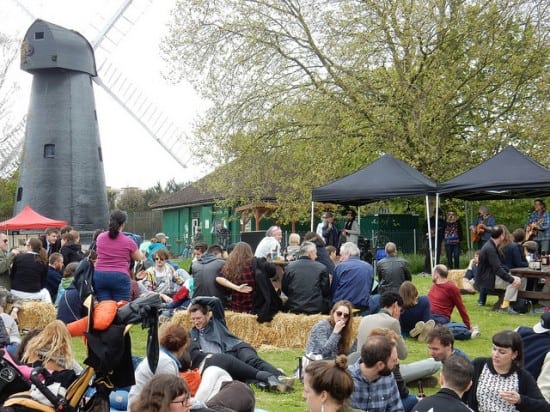 The Life and Rhymes of Benjamin Zephaniah

This autobiography by one of Britain’s most relevant wordsmiths recounts his rise through the troubling animosity riddled streets of early 80s Thatcher led Britain, where Benjamin Zephaniah brought poetry to the people. His political musings formed the cornerstone of the many demonstrations and tell just part of this fascinating man’s life. Abused by his father, Zephaniah hit the streets and was involved in gang culture, pick pocketing, only to wind up in Borstal facing the threat of sexual abuse. In his later years he forged a lifelong friendship with Nelson Mandela after recording a song with The Wailers after Bob Marley’s death. It’s some life he’s led and well deserving of a read. 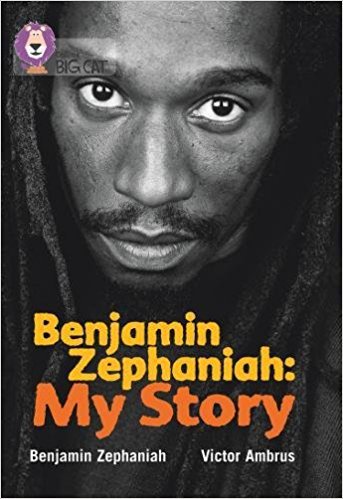 Get up to speed with this season’s floral trend with this Gradal Cuban Collared shirt in the iconic and instantly recognisable Liberty print fabric to mark the worthy collaboration with REISS. Get yours HERE 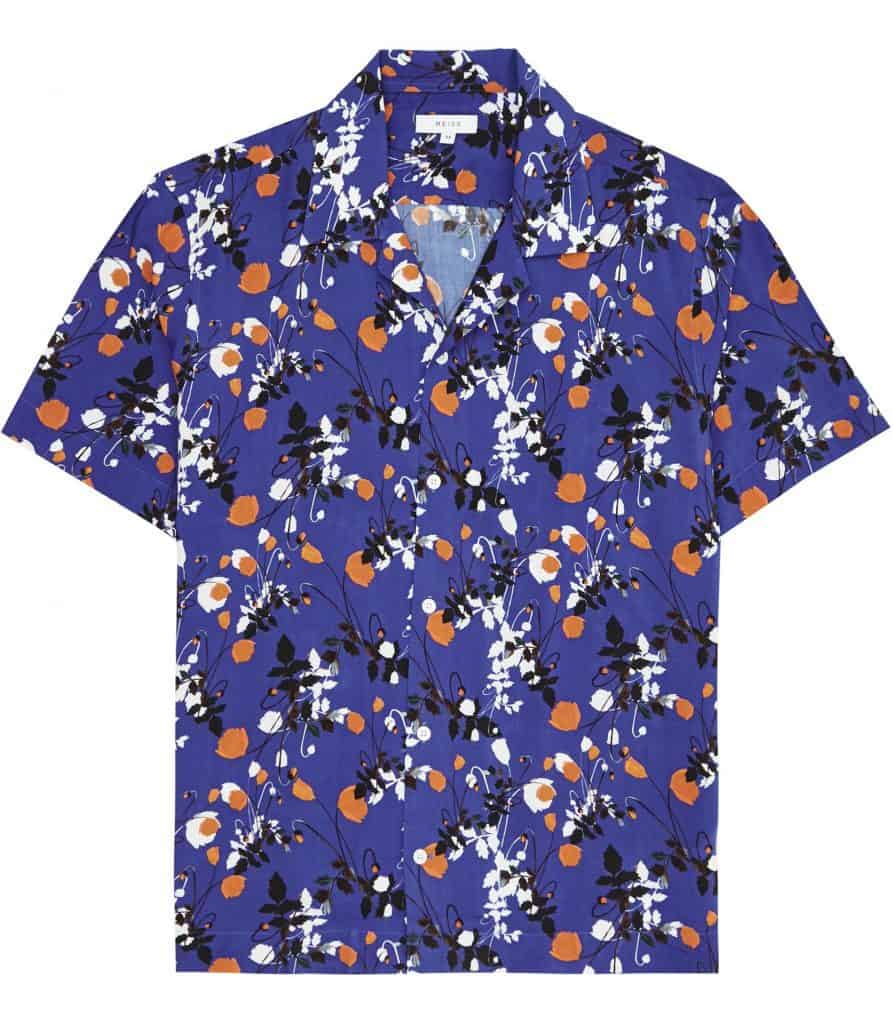 Available on Gimlet Media this new Podcast with an all-star ensemble including Kristen Wiig, Alia Shawkat and Ethan Hawke, focuses on the life of Helen, a woman fed up with her lot, going through a divorce and desperate for change before landing an exciting new job working for a mysterious tech company, who have created Sandra (think Siri or Alexa), although the twist here is rather than A.I. you’re interacting with a real human. In an era of fears around data collection and the protection of personal information, this is a pertinent and well conceived concept. We’re only a few episodes in but it’s looking like a new favourite and a perfect accompaniment to the long Bank Holiday Weekend. Download HERE 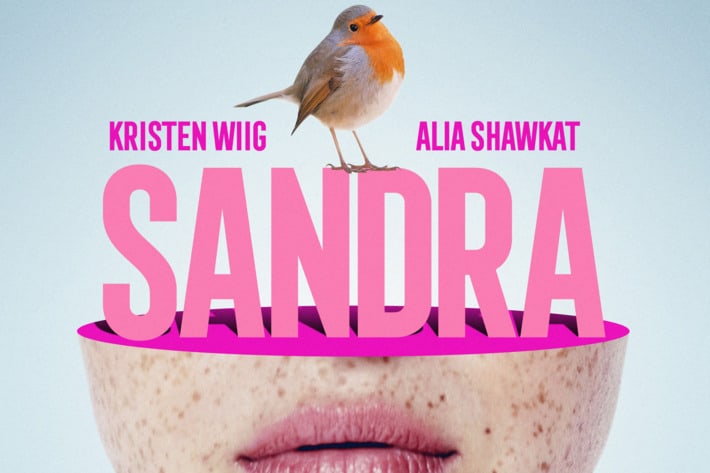 The Grand Central Hall in Liverpool houses the city’s biggest screen and what better place to watch Merseyside’s finest the ‘Bomber’ himself as he gets ready to rumble once again with the ‘Hayemaker’ in what is set to be a career defining evening for both men, in this bank holiday weekend boxing extravaganza. Last time out the mouth from the south was silenced by the fat scouser, but will history repeat itself or can Haye replicate some of his most memorable performances when he dined at the top table of world boxing? It should be some spectacle, read our experts preview HERE New in town troubled teen Charley Thompson (Charlie Plummer) finds acceptance at a local racetrack working caring for an ageing racehorse named Lean On Pete. The horse’s surly owner played by Steve Buscemi and his world worn jockey Bonnie (Chloë Sevigny) help the boy fill the void of his absent Dad, until he discovers Pete is set to be sent to slaughter, forcing Charley to take things into his own hands. The film then transcends into road movie as Charley and his equine buddy Charley head out into the pastures unknown of the American frontier, in search of the teenagers loving long lost aunt.The road proves to be a place of adventure and heartbreak, as they plod on trying to save one another. A darling of the Venice film festival Lean on Pete is a drama that will play every heartstring along it’s difficult journey.