With meteorologists predicting a scorcher of a weekend in what many are suggesting will be the start of the hottest summer in decades, it’s definitely not the time to get started on that bit of DIY you’ve been putting off or spend half the weekend mowing the lawn and trimming hedges. No it’s time to get your finest summer clobber out from the back of the wardrobe, dust down those sunnies and get out about for another extended weekend of fun. And there’s plenty on offer this Bank Holiday, with exhibitions, festivals and frivolities aplenty, so make the most of it, the next one’s not till August… 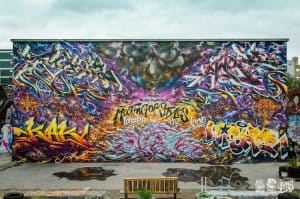 Bethnel Green will play host to the 9th Annual Meeting Of Styles Art & Music Festival, where both local and visiting graffiti artists will convene at the Nomadic Community Gardens to paint the home of East London’s largest paintable wall. DJs and Beatboxers will provide the backdrop to what will be a fascinating live art performance, the event runs from the 26th – 28th, so head on down to see some of best graffiti magicians in action. 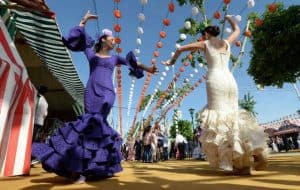 The Southbank is set to become awash with the colours of Spain this bank holiday weekend, as the theme of a traditional Spanish Spring Fair will dominate the banks of the Thames. There’ll be a wealth of food and drink on offer including an array of tapas, seafood paellas and Iberian beers and regional wines. If you fancy something a bit stronger Tio Pepe will be hosting a series of sherry tasting masterclasses, and to top it all off there’s live music and authentic flamenco performances. 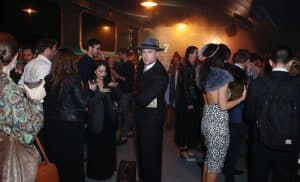 We’re fans of a good old crime mystery here at The MALESTROM as our podcast suggestions will often testify, we’re also fans of a bit immersive escapism, add to that some gorgeous grub and plenty of booze and we’re sold, where do you want us? Pedley Street Station is where, for the The Murder Express which is basically the equivalent of stepping into an Agatha Christie novel, you’ll enjoy drinks at the Seven Sins platform bar before boarding the train for a first class meal by Masterchef finalists Billy & Jack, and then the real fun begins as you’re joined by some mysterious guests. 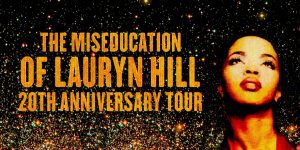 Those of a certain vintage will no doubt be shocked to learn that it’s twenty years since Lauryn Hill dropped her brilliant debut solo album Miseducation, and today tickets go on sale for a huge European Tour including a number of dates in the UK and Ireland which will commemorate the anniversary. Without doubt one of the greatest hip hop albums of all time, records tumbled on its release, so don’t miss the opportunity to see her perform live. Book your tickets HERE… 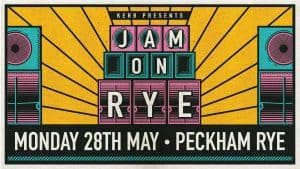 May Bank Holiday weekends usually signal the first of many summer barbecues, but if you don’t fancy doing the cooking yourself, why not head on over to Peckham Rye on Monday, find yourself a nice spot and soak up this celebration of sound system culture with more artistes than you u can shake a stick at. And to top it all off there’ll be the finest street food stalls London has to offer from Vegan Tacos to Jerk Chicken and everything in between, all brought to you by the fine folk at KERB. 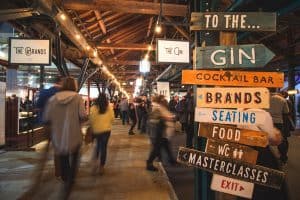 A gin festival in Bristol you say? Why the devil not. Indeed old mothers ruin is getting a makeover in the west country as Brunel’s Old Station is being transformed into the largest celebration of the good stuff you’ll find pretty much anywhere. With over 100 different gins from around the world, there’ll also be live music, tasty grub and some wobbly legs no doubt. The perfect tonic for the baking summer sun, maybe not so much on Sunday morning mind.

What to Listen to…

In the Dark Podcast 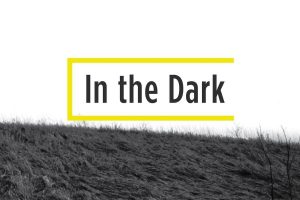 We must admit we were in the dark about this hugely successful podcast that first made its mark in 2016, thankfully that’s no longer the case. If sitting in the shade with some factor 50 on is how you sensibly approach the blazing heat, then why not sit back with some noise cancelling headphones on and have a listen to Season 2 of In the Dark. Focusing on the case of Curtis Flowers who was accused of shooting dead four people inside a furniture store in Winona, Mississippi July 1996. In total he faced 6 trials, 5 of which were thrown out or undecided before eventually a conviction was made. Circumstantial evidence, corruption, racial divides, you name it, this story’s far from over. 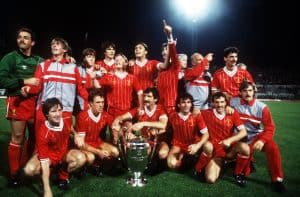 Anyone not watching the Champions League Final this weekend obviously watched Liverpool’s barnstorming performances in the tournament so far. Aside from the tantalising prospect of Salah vs Ronaldo, the game also sees two of European footballs most successful clubs battle it out in what will for many fans be nail shredding ninety minutes or more!! Real want to make it 3 in a row, while Liverpool want to avoid the same outcome as their last 2 European final appearances against Sevilla and Milan. It should be a breathless game and if you’re in Merseyside there can’t be many better locations to watch the drama than the Bastion Bar at the aptly named Shankly Hotel.

Rogue One set the bar high for these stand alone adventures into the backstory of the Star Wars universe and although Solo doesn’t quite live up to that movie it still delivers an enjoyable summer popcorn romp. This biopic of a young Han Solo (played by Alden Ehrenreich who couldn’t look less like Harrison Ford) sees our man join a gang of space smugglers, one being a Wookie you might recognise, who are tasked with doing the bidding of a nefarious gangster. For a particular mission they need a fast ship, the Millennium Falcon, which is owned by one Lando Calrissian. The rest it turns out is history. Solo fills in plenty of gaps that fans of the movies will get a kick out of, it’s nothing we haven’t seen before, but it’s still a lot of fun, and we’ll take that any day.