The light may be fading as the nights begin to draw in, the temperature may be dropping, light layers of clothing may be added to our outfits, but despite all these most miserable of facts and the realisation all good things come to an end, we here at The MALESTROM are still clinging onto summer. Plenty to do, you know the drill, It’s the Weekend EDIT. 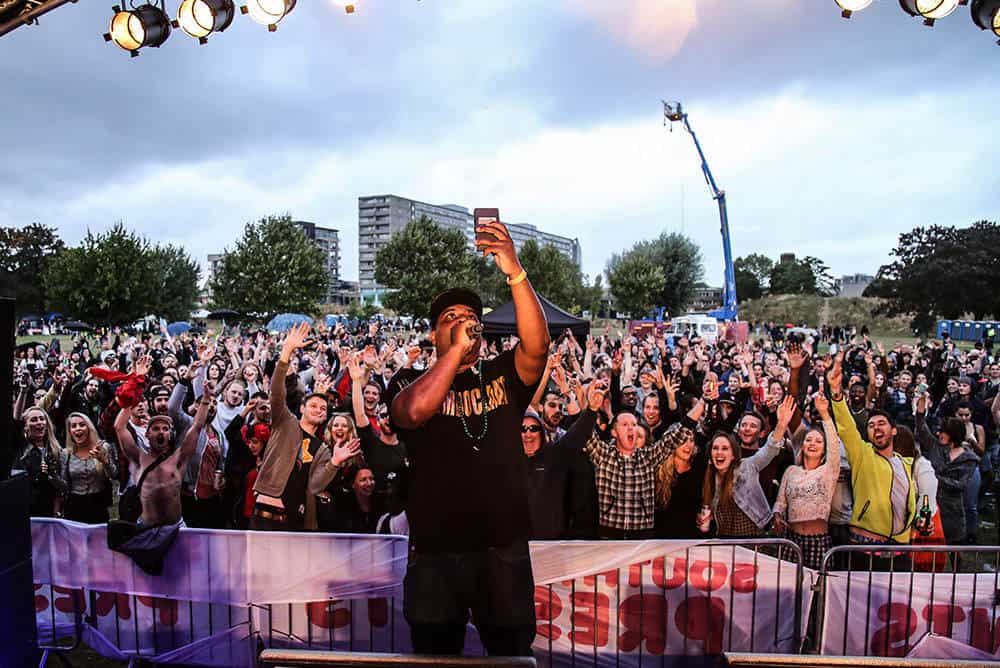 Camberwell should be something of an expert in fairs with its Green having hosted one for the community from 1279 to 1855, after which time it was canned with the majority complaining of the “disgusting and demoralising scenes which they were powerless to prevent”. Thankfully in 2015 an updated version of the free fair returned, generally free of disgusting and demoralising scenes we’d have thought, as it’s still going strong this year promising a great line up of world music and local talent to be enjoyed by residents and other revelers alike. Khaleb Trio & Paigey Cakey + Cascade will be amongst those lighting up the Wormfood Stage, whereas the Camberwell stage will focus on up and comers and performance poetry. 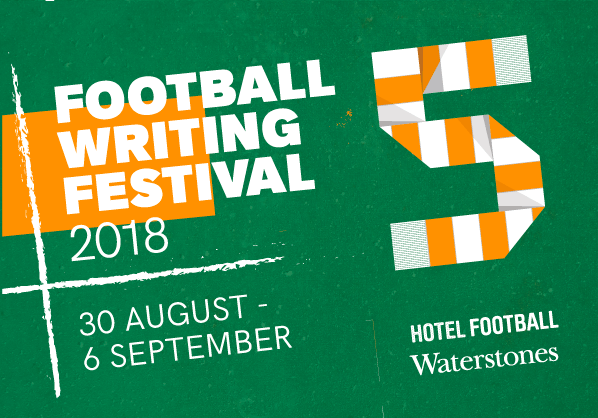 Any budding football journos, or just obsessives of the beautiful game will find a fitting home in Manchester at The National Football Museum from Thursday with the fifth edition of the Football Writing Festival. A star-studded team of journalists and pundits will spend a week leading some quality debate, as the likes of the recent World Cup, European football and up to the minute goings on from the sport are discussed in detail. The likes of Jonathan Wilson, Michael Calvin, Philippe Auclair, Suzy Wrack, Barry Glendenning will all be on hand at various events across the week.

If your an ink obsessive yourself or just love the way a good tattoo looks on others then the place to be this weekend is the Royal Cornwall Showground in Wadebridge that’s playing host to the second annual Cornwall Tattoo Convention. They’ll be art from the best inkers in the business, including the new stars of Tatoo Fixers, great music, seminars, body painting, workshops, fire-breathing, barbershops, beer and lots more. 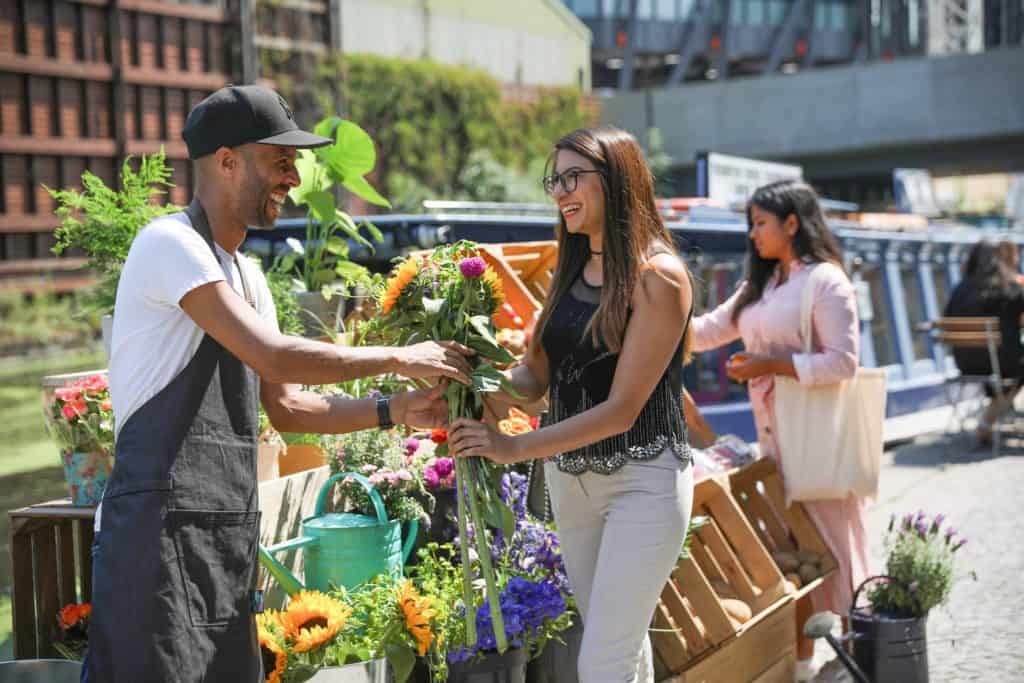 What better than a leisurely stroll down the canal on a late summers afternoon? We’ll tell you what’s better, a stroll down the canal with a lovely artisan market and live music to boot. The particular waterway in question is the Grand Union canal in Paddington Central where from today until Sunday barges will open their doors offering delights like local honey, organic fruit and veg, plant-powered home fragrances and even some English sparkling wine.

Art Against War: Peter Kennard and the CND Movement

This exhibition at Sheffield’s Millennium Gallery that marks the 60th anniversary of the Campaign for Nuclear Disarmament, showcases the work of Peter Kennard, the artist who created some of the movement’s most potent images. This very pertinent showcase presents over 100 works by the artist over the past 50 years all supporting anti-war movements. Art Against War runs until October 7th. 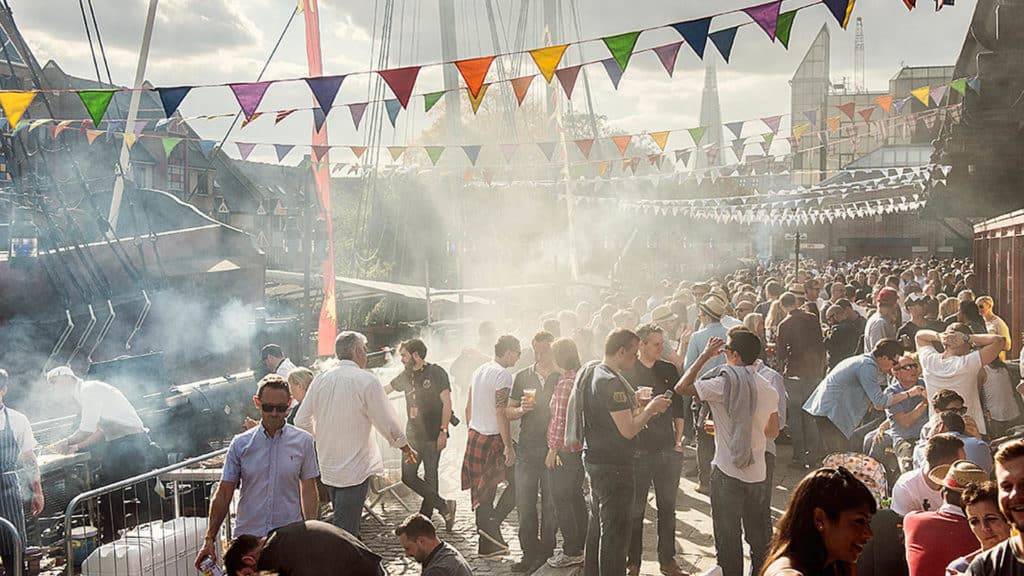 Vegans turn away because things are about to get meaty in a big way this weekend with the return of Meatopia. This event at Tobacco Dock in London pays homage to all ethically sourced meat and celebrates in its cooking over open flames by some of the best BBQ chefs on the planet, as well as getting stuck into choice craft ales and listening to some live music. It’s not the cheapest event in the world with tickets not including your food, but for lovers of flame-grilled foodstuffs, it’ll probably be worth every penny.

This Saturday and Sunday on Brighton prom there’s a gin fest with enough local spirits to send a sailor blind. They’ll be some seriously good small batch gins available to buy along with cocktail demos, music and artisan food to get you in the mood. A £20 premium ticket gets you entry to the festival, a BAi360 pod flight (a 450ft sky pod, not for those with a fear of heights) and a summer cocktail in the shape of a Laughton’s Bramble. We’re calling it – bargain. 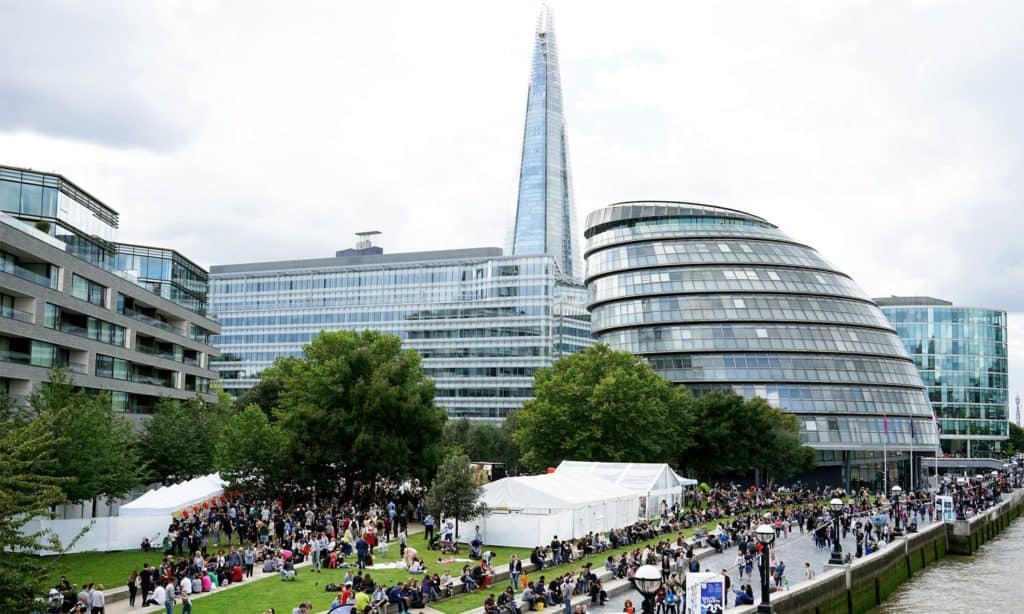 In the shadow of The Shard in London Bridge this weekend you’ll be able to sample some of the best Chinese chow going. At the Chinese Food Fest you’ll get authentic street food from twenty vendors serving hundreds of dishes. Enjoy plates from seven different provinces, with braised pork rice, Wuhan chilli oil braised crayfish and even some rose jelly, all washed down thanks to a Cobra and Snow beer bar and the JiangXiaoBai Baiju bar supplying a taste of the traditional spirit.

Actor Idris Elba steps behind the camera for his directorial debut in this adaptation of cult British novel Yardie. This hit and miss effort sees a young boy witness his brother’s assassination, after which he’s taken in by a drug lord and vows to get revenge on his killer. Ten years later he is sent on a drug moving mission to London where he reunites with his girlfriend and their daughter, but it doesn’t take long before murky his past catches up with him. Despite a capable cast the movie never really gets going, but some stand out scenes still make it a worthy watch.

From Saturday on Netflix you can catch Scorsese’s modern classic Gangs of New York. The film was fairly mildly received at the time of release in 2002, but gets better with every watch as we follow Amsterdam Vallon, played by Leonardo DiCaprio in his first but very much not last outing being directed by Marty, as he plays a young Irish immigrant released from prison, looking to seek bloody revenge on the man who killed his father William Cutting (Daniel Day-Lewis). It’s worth viewing just for Day-Lewis’ performance, as he chews up all the scenery with his larger than life role as the mustachioed and rather nasty ‘Bill the Butcher’. If you’ve not seen it before make sure you do so.