Here at The MALESTROM we’re still wearing shorts because, you know, shorter days don’t = less fun and all that. And, despite the fading light, a plethora of great events and happenings on our Isles continue to abound. Here’s our latest edition of The Weekend EDIT.

After a two year break, Friday marks the beginning of the eighth Brighton Photo Biennial, a month of free photography exhibitions and events for professionals, enthusiasts, students and well anyone at all. The theme for this year is the rather pertinent sounding ‘The New Europe.’ Where relationships post-Brexit are reflected on and photography’s role in the construction of national identity is examined. Artists featured include French photographer Emeric Lhuisset, Harley Weir and Robin Maddock (pictured above). The independently run Brighton Photo Fringe runs neatly alongside the Biennial with shows throughout the city. 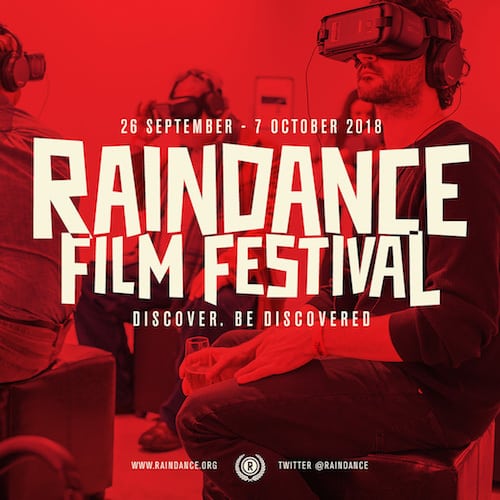 Fellow cinephiles, it’s time to rejoice as today sees the start of Raindance, the UK’s biggest and best indie film festival. The 12-day programme includes around 200 feature films as well as documentaries (we’re looking forward to Team Khan, a fly-on-the-wall doc about professional boxer Amir Khan), shorts and music videos. Added to that will be some film seminars and workshops and perhaps most excitingly VR experiences like The Archivist, a surreal Twin Peaks-inspired mystery for players to play sleuth. Look out for horror drama RedCon-1 starring Oris Erhuero which might well be the sleeper hit of the fest. 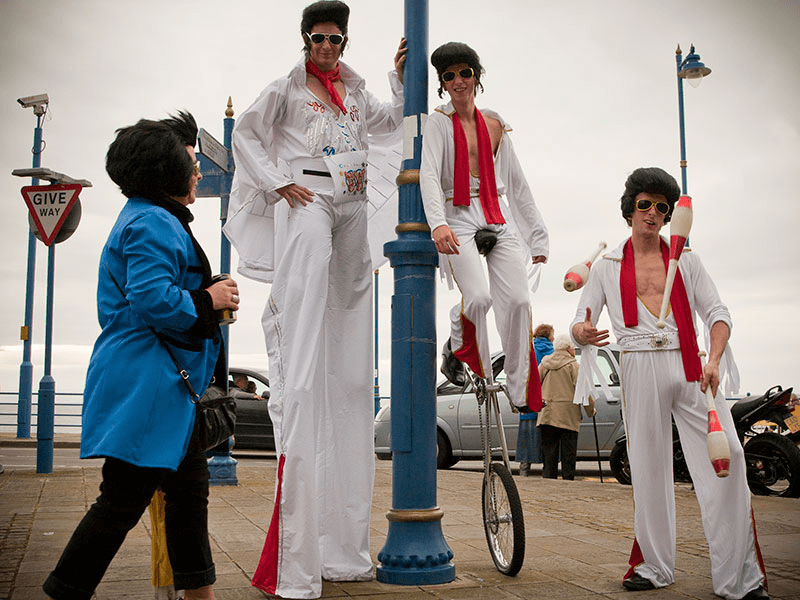 It’s now or never for all lovers of ‘the King’ to get their tickets to the largest Elvis festival in the world. Porthcawl in Wales is perhaps the unlikely setting for the annual fan pilgrimage that sees the town filled with more quiffs than a Morrissey gig. On the agenda will be plenty of hip shaking at the magnificent Grand Pavilion with over 100 other shows during the weekend, many are free admission. Twenty venues in and around the Town will form the Fringe Festival that runs at the same time. So book a room at the Heartbreak Hotel, slip on those Blue Suede Shoes and get All Shook Up with this unique celebration of all things Elvis.

The very best in the business when it comes to body art will be descending on London’s Tobacco Dock from Friday for the 14th annual London Tattoo Convention. More than 400 of the world’s finest inkers will be in attendance with inspiring exhibitions of wonderful works that might help you make your mind up on your next, or even your first tat. Along with some top food and drink there’ll also be entertainment from firebreathing dance troupe The Fuel Girls and plenty of live music. As a cherry on top you’ll get a chance to meet legends of the biz like tattooer Mark Mahoney, muse of Johhny Depp and Lana del Rey.

A festival held in late September in a remote village on the West Coast of Scotland 60 miles from the nearest town, doesn’t sound like it should work. But anyone who’s attended Loopallu Festival will tell you it absolutely does. This friendliest of fests in the centre of Ullapool was due to call it a day in 2017, but after overwhelming demand from attendees, organisers had no choice but to keep the show on the road. Entertainment this year comes from Mancunian wordsmith John Cooper Clarke, Britpoppers The Bluetones and the genre-bending sounds of Alabama 3. 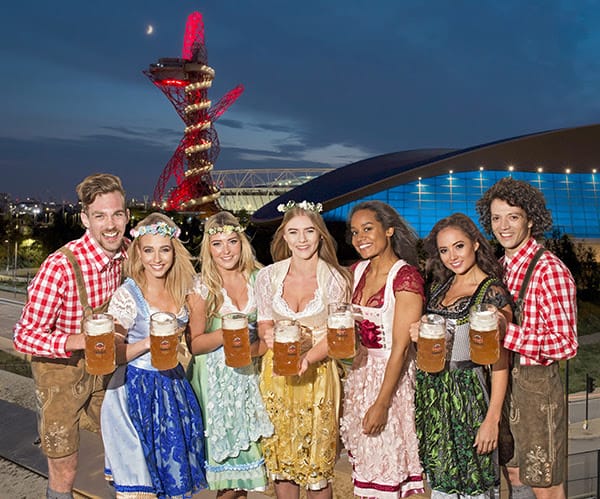 So successful was German brewer Erdinger’s last Oktoberfest event it’s shifting to the former Olympics site in Stratford close to the Aquatics Centre. From Thursday a huge traditional Bavarian beer hall will see 5,000 people-a-day come through its doors to swig down a few steins of beer and enjoy some traditional German hospitality. There will also be an outdoor fun fair and beer garden on the riverside area. Prost! 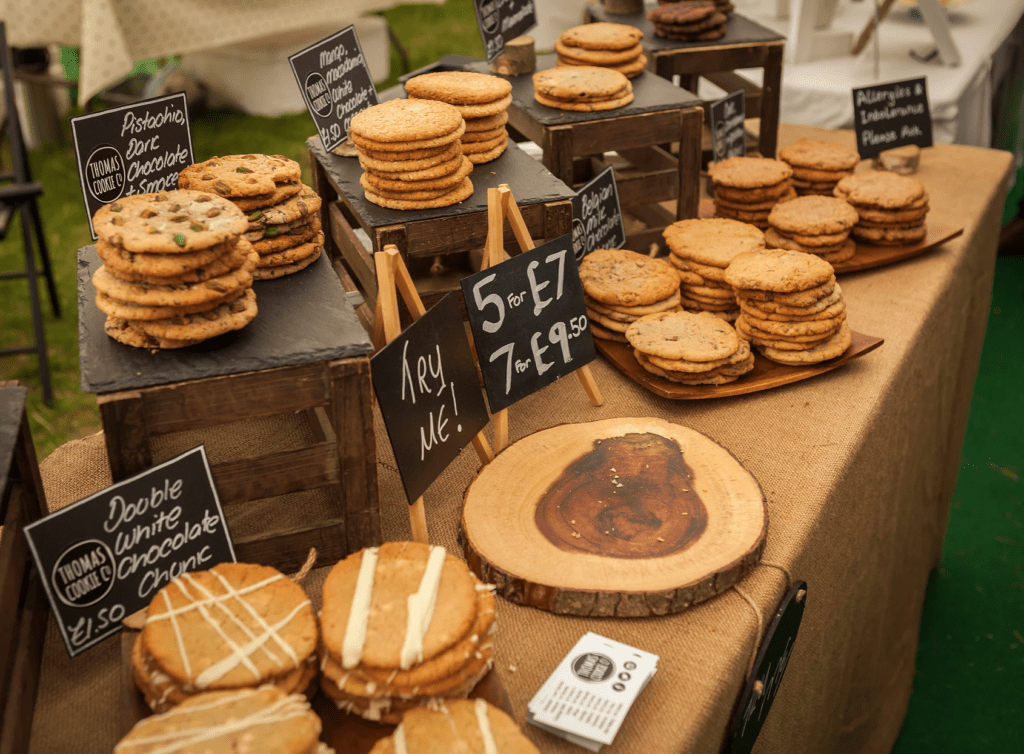 The beautiful coastal town of Broadstairs in Kent is the rather splendid setting for their food fest that’s been running since 2009. The fantastic produce of the county is the star of the show with the best local food and drink on offer. Expect plenty of chef demonstrations and workshops so you can soak in some top tips for your own home feast, cooked of course with the freshest foodstuffs from the festival.

It’s a switch of seasons from East London’s Skylight, one of the premier rooftop venues in the Capital, boasting some of the best city views going. As the nights draw in summer cocktails will be switched out for an apple cider or spiced hot toddy to warm you up on those cooler nights. With the promise of haystack skittles and pumpkin draughts to while away the hours and blankets and heaters this could be the perfect place to come and hibernate. 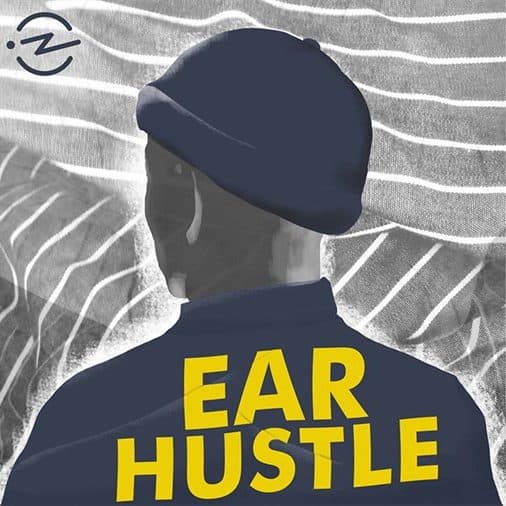 The third season of this eye-opening (or should that be ear?) podcast is formed of recordings of inmates incarcerated at San Quentin State Prison. It explores all aspects of jail life from the dynamics of lockdown to the experiences of immigrants in the prison. The podcast has gained over 10 million fans due to its amazing and very real stories told by the protagonists themselves. A genuinely fascinating listen. 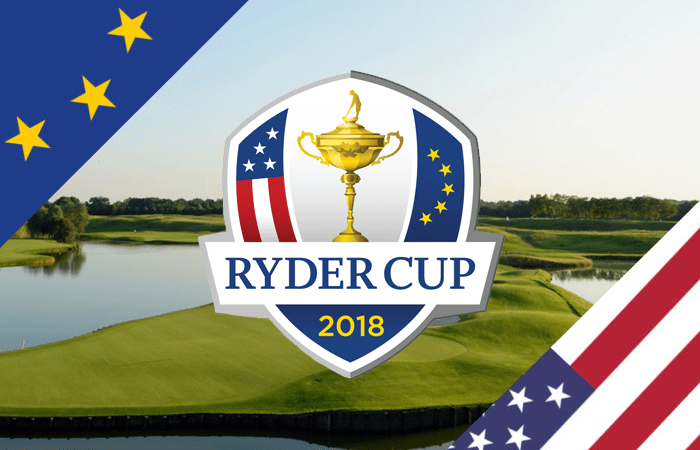 The 42nd Ryder Cup gets underway near Paris on Friday with the European team desperate to wrestle the trophy off a strong American line up. Their team of course includes Tiger Woods, who won his first tournament in five years on Sunday along with a host of other Major winners such as Brooks Koepka, and reigning Masters champion Patrick Reed. It’s going to be an intense battle and a must watch for all golf fans. If you’re in London the best place to catch the big event might be one of Urban Golf’s venues where you can watch the action unfold on massive HD screens or even virtually play Le Golf National course yourself.