What is the Greatest Movie Car Ever?

The sun may have currently taken his hat off and be less inclined to come out and play, but there’s no rule that says you can only have fun in the blazing sun. This week we’ve got more festivals than you can shake a stick at plus some motor racing mayhem and the finest food and drink these fair isles have to offer. Here’s our latest Weekend EDIT.

The Great Fête by Ally Pally 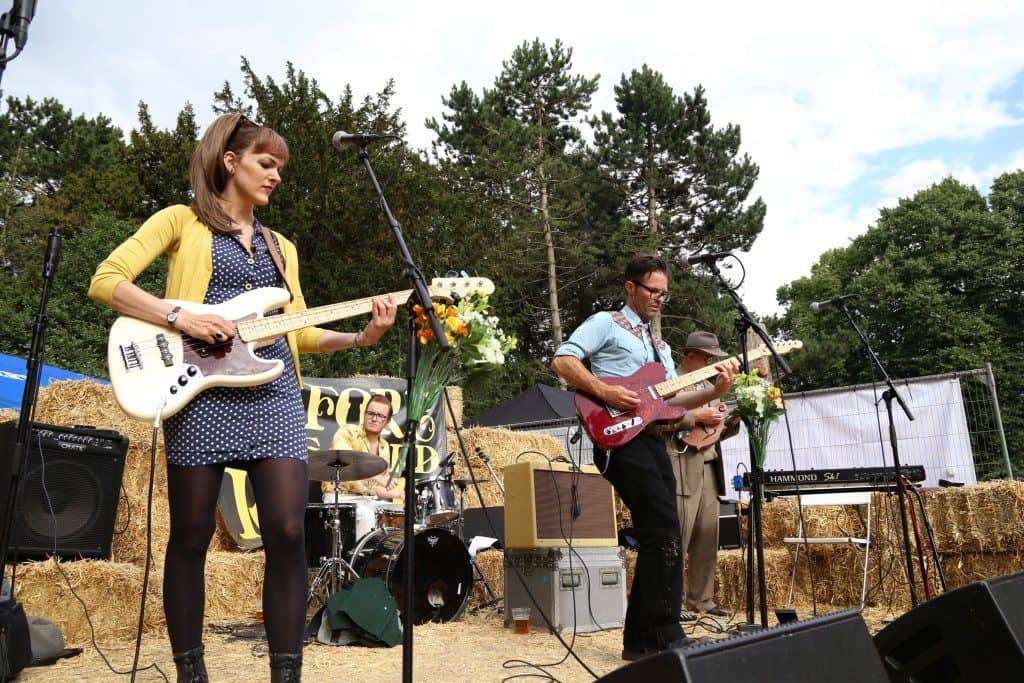 Do you know what we here at The MALESTROM like more than a summer festival? Well, a free summer festival of course and that’s exactly what’s taking place at Alexandra Palace this weekend. At The Great Fête, there’ll be the promise of music, entertainment, wellbeing, education, and performance. There’s a Silent Disco in the woods (don’t forget to book), a screening of Dreamgirls by Block Party Cinema as well as free fitness classes like Smooth (ie) Cycle where you power a blender via pedals and get a drink for your efforts. With the fête tying in with the final StrEATlife foodie fest of the summer they’ll also be plenty of top street food and very few reasons not to head down there on Saturday. 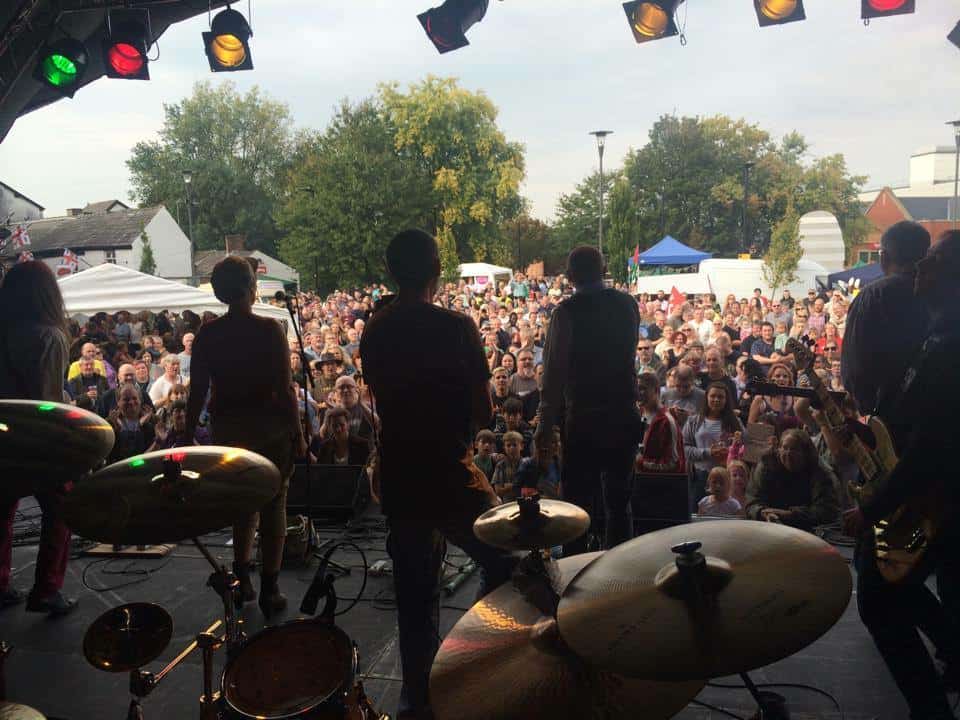 Do you know what we here at The MALESTROM like more than a free summer festival? Two free summer festivals of course! This two-day shindig in Wigan, back for its sixth year will showcase some of the best unsigned bands and soloists from the local area and further afield. There’ll be over 60 artists representing all different genres taking to the stages of 9 different venues. So you have got a better than usual excuse for your weekend pub crawl as you soak in some great live music along with your drinks. Entry is free but any money raised will go to the great charity that is The Stroke Association. 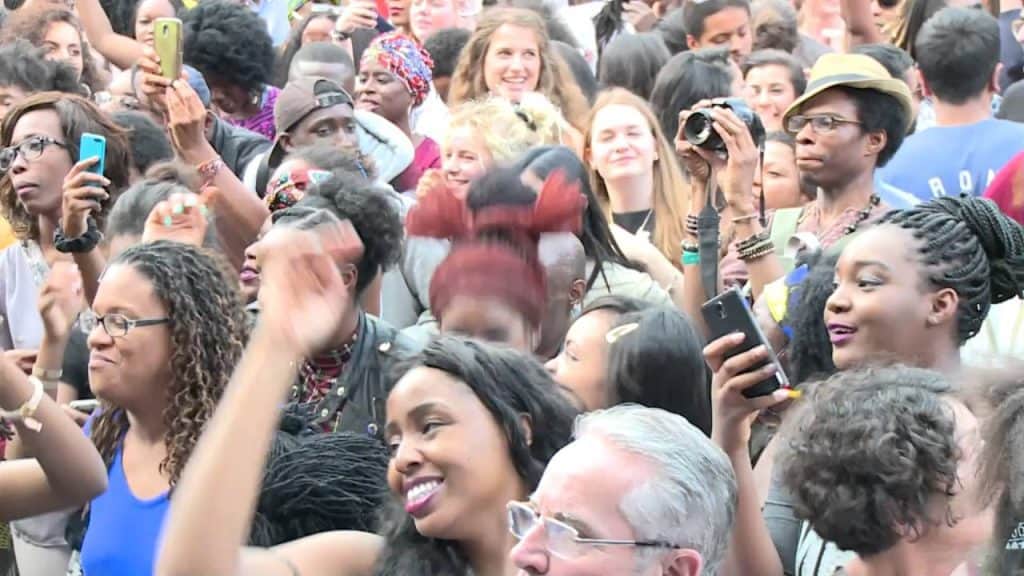 This Saturday sees this annual Southwark event that celebrates African and diaspora music, dance, fashion, and art. The best of African and diaspora culture hits the streets of London (Great Suffolk Street to be exact) with two music stages, one youth dance stage, nine packed streets, and over 100 stalls. It is the largest African street festival in the UK, fusing music, dance, food and fashion from across the UK and the African continent. This one’s free as well you say! Exciting times to be alive. 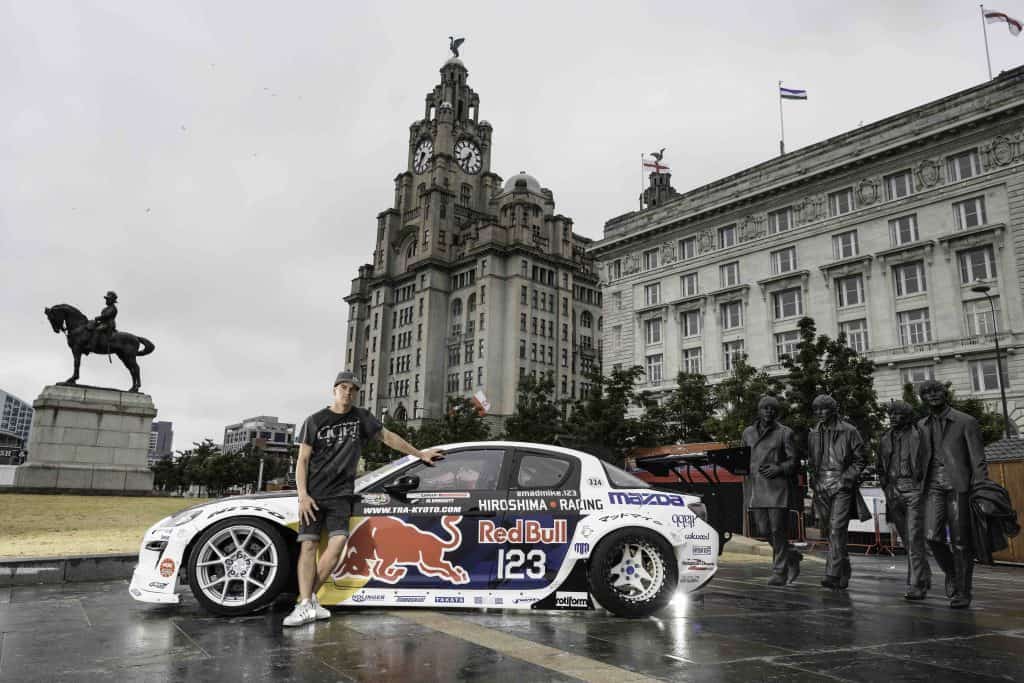 Some seriously high octane action hits Liverpool this Sunday with the big, loud motorsport event that is Red Bull Drift Shifters. Twelve of the worlds top drifters will be showcasing their superhuman skills in the shadow of the Liver building. Ten thousand spectators will be as close to the action as physically possible to witness the drivers putting their nerve and expert precision to the test. Points are scored for the speed, angle, and proximity of their cars to the obstacles. The closer, the better, all making for a serious spectacle.

Back for its second year is perhaps one of the most niche festivals we can think of, but we’re very glad it is. Yes the Mr. Black Espresso Martini Fest, the first of its kind dedicated to the delight that is the Espresso Martini, returns promising the best alcoholic pick you up going. This four-day fest takes in 100 of the top cocktail bars across London, each selling variations of the drink for a cool £6. Aside from the bars, The Old Truman Brewery in Shorditch will be hosting a Mr. Black popup where there’ll be masterclasses and workshops going on while you sip on your drinks. Best of all to celebrate the festival’s launch, Mr. Black will be giving away free Espresso Martinis to the first 1,000 visitors. Get in quick! 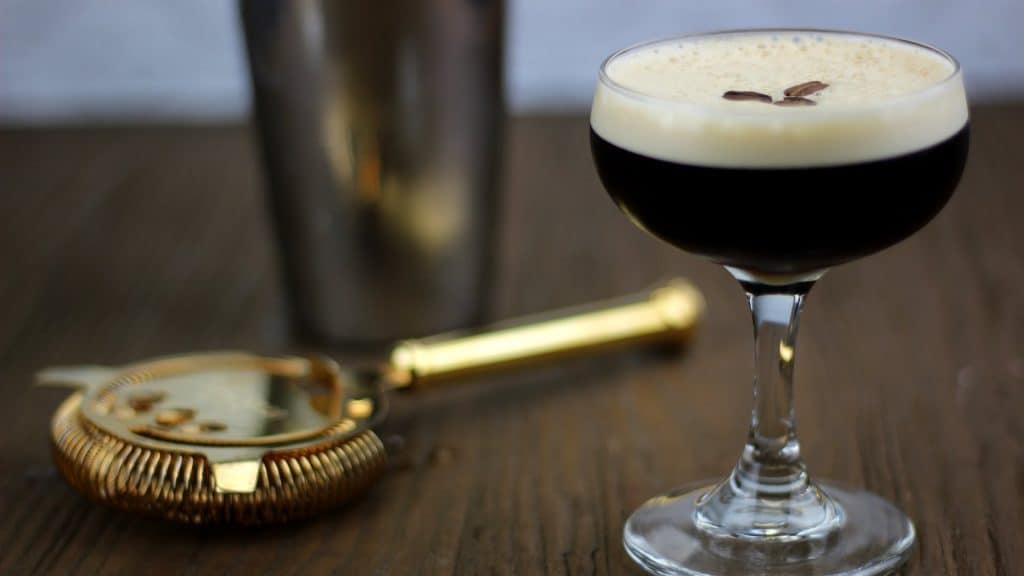 While the Fringe may be dominating proceedings in the Scottish capital, there are still other great events going on outside all the theatrical fun. Due to popular demand, the Edinburgh Vegan Festival has moved to the roomier venue of Murrayfield rugby stadium. There’ll be endless amounts of free samples for vegan foodie browsers, tasting sessions, food stalls including chocolate treats, vegan cheese, cakes, and much more. Added to the actual food there are talks and demos from some amazing people and businesses about all things vegan. 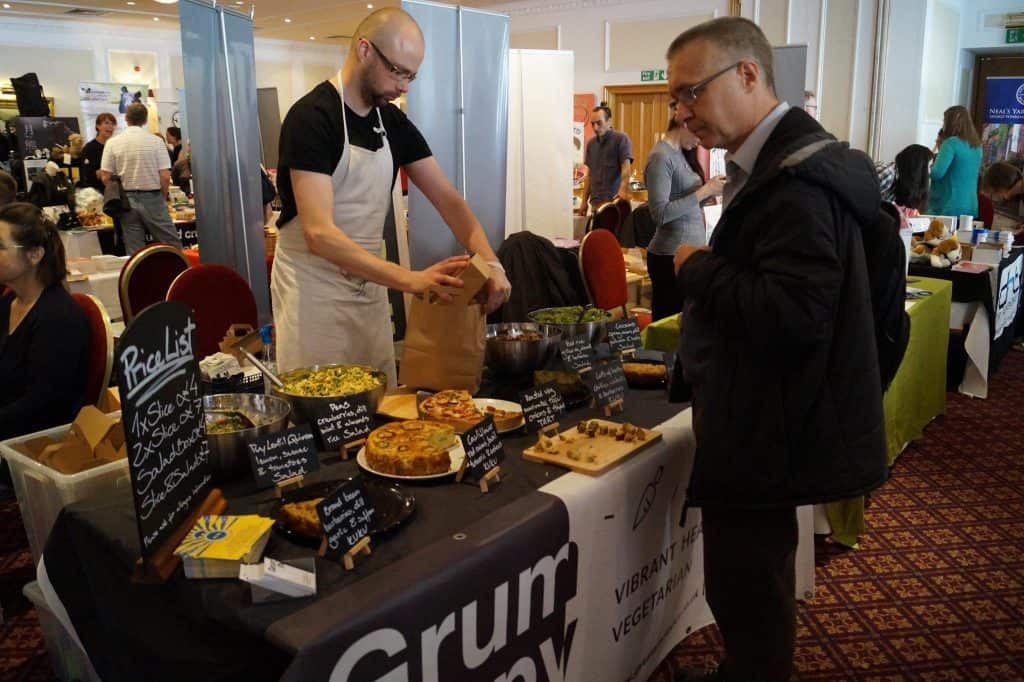 Even if the sun doesn’t materialise with the recent force we’ve become accustomed to in the Capital on Saturday that doesn’t mean you should deny yourself a tasty cocktail… or eight by that matter! Yes, the Margarita March is a full day of fun as you crawl from bar to bar sampling eight of the best margaritas served up in some of London’s finest watering holes and restaurants. Venues on the journey include 333 Mother Bar, Trapeze, and Lupita East and on the way, you’ll also get some tasty food treats, event pictures, and entertainment. Sounds like the place to be on Saturday at 4pm. 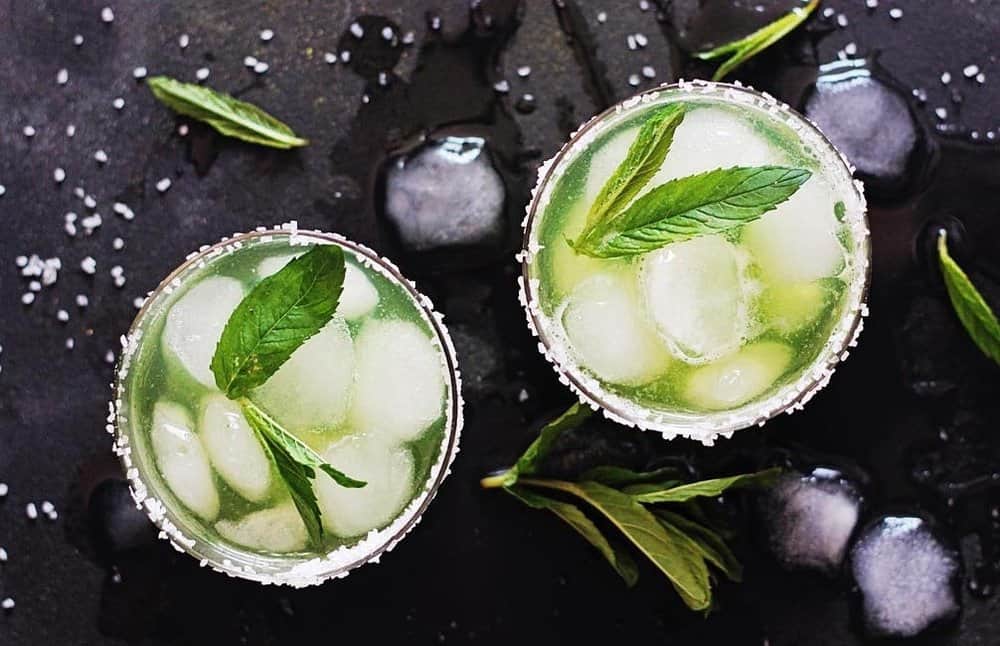 Anyone who can’t wait for their cricket fix till the start of the third test on Saturday should tune into what promises to be another captivating fixture the day before. Former England captain Michael Vaughan will swap giving his opinions on the mic for his cricket whites to lead a Test Match Special team that will face off against a Tailenders podcast team in Derby said to be led by England bowler James Anderson, although we’re guessing his role will be somewhat limited with important work to do in said test match. A crowd of 5,000 will get to see former England stars like Phil Tufnell and Graeme Swann for the TMS side take on the likes of Liverpool legend John Barnes and even golden Olympian Becky Adlington. Should be interesting. The match challenge will be broadcast on BBC Radio 5 Live Sports Extra and screened live on the Red Button and BBC iPlayer, from 4pm. 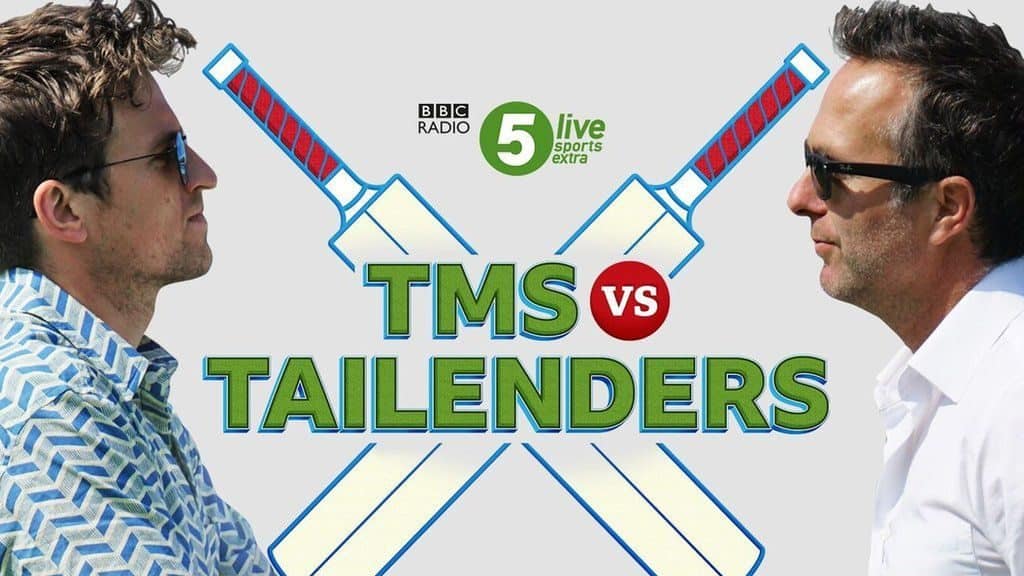 As the creator of the most famous cartoon family of all time in The Simpsons, you could say Matt Groening has some pedigree. From Friday on Netflix, his newest animated adventure will hit our screens in the shape of Disenchantment. It’s swords and sorcery this time around rather than Springfield with the plot centering around the medieval kingdom of Dreamland. We follow a young princess named Bean who after ditching from her marriage ceremony heads out on a journey of self-discovery along with friend Elfo and her personal demon Luci. Early episodes are promising and with top supporting voice talent on board like Noel Fielding and Matt Berry, Disenchantment is set to be a very fun ride.