Peter Spencer Rounds up a Crazy Year in UK Politics

Here in the UK we’re so used to filling our faces with our Christmas Day roast, all washed down with gallons of booze we barely stop to think what might be happening during the festive season in other countries. Some tradition’s are certainly a world away from those we like to call our own, some wonderful, some just plain weird. So hang onto your Christmas hats The MALESTROM is on hand to give you the lowdown on some rather bizarre Christmas rituals.

Some of us 80s kids may associate rollerskating with heading down the roller disco on a Friday night at the local YMCA. But for the good folk of Caracas in Venezuela it’s traditional to skate over to church to attend midnight mass on Christmas Eve! Which definitely makes a trip for a bit of late night worship seem that much more appealing. 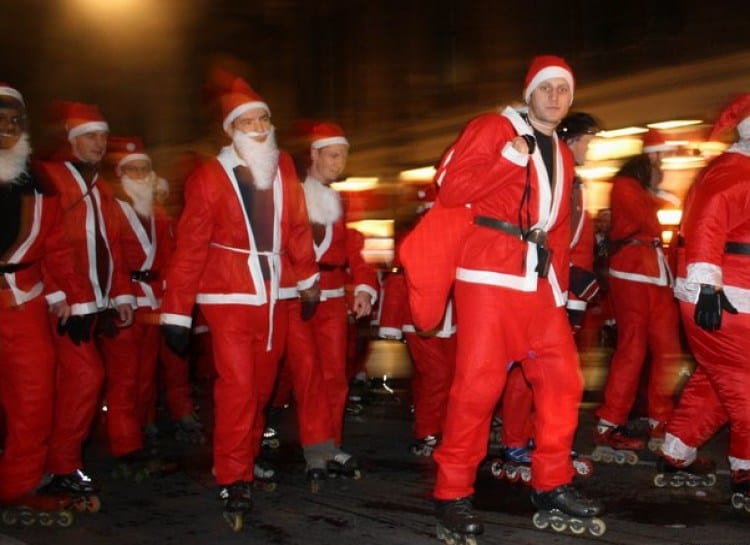 Norwegians believe Christmas Eve coincides with the time when evil spirits, and most importantly in this case, witches turn up, so it makes sense that they’d hide all of their brooms (sounds like an excuse not to clean the house to us). This comes from an ancient pagan tradition that’s still carried out today. Sometimes the menfolk even take out their guns and fire a warning shot into the air. Lets just hope Santa’s not flying over in his sleigh when they do. 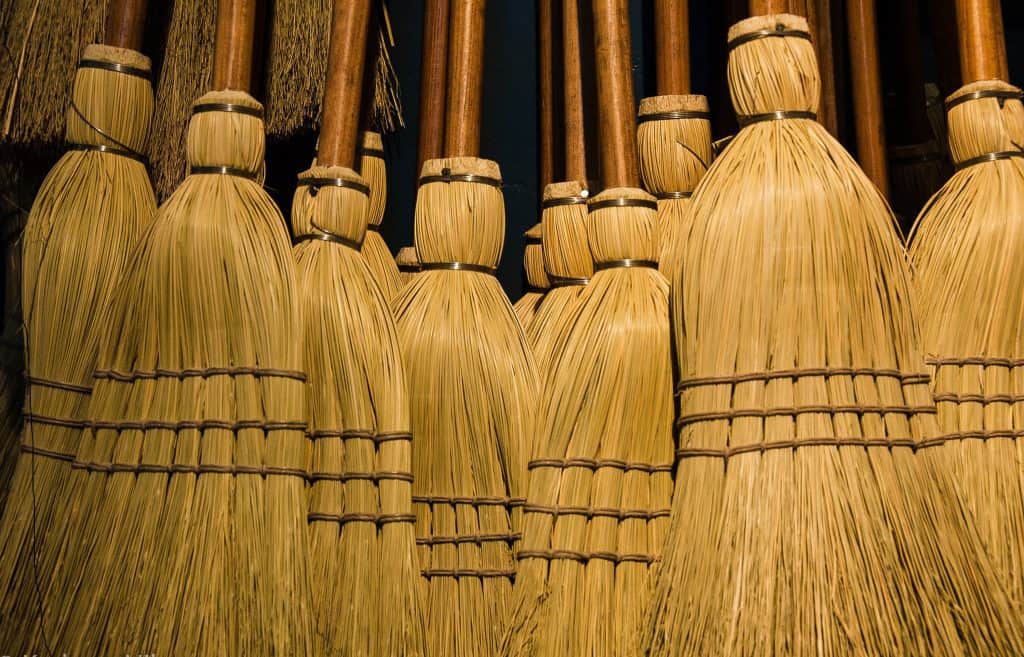 Who’d have thought that a tradition in Japan is to eat dinner at KFC on Xmas Eve? It stems from a very successful 1974 ad campaign ‘Kurisumasu ni wa kentakkii!’ (Kentucky For Christmas!), that really caught the imagination of the Japanese public. With only around 1% of the population Christian, the Christmas holidays is a Western import mainly brought in from American influence. The KFC Xmas Eve meal is so popular here you need to book ahead for its £35 lunch menu, that features champagne and cake. Now that really is finger licking good. 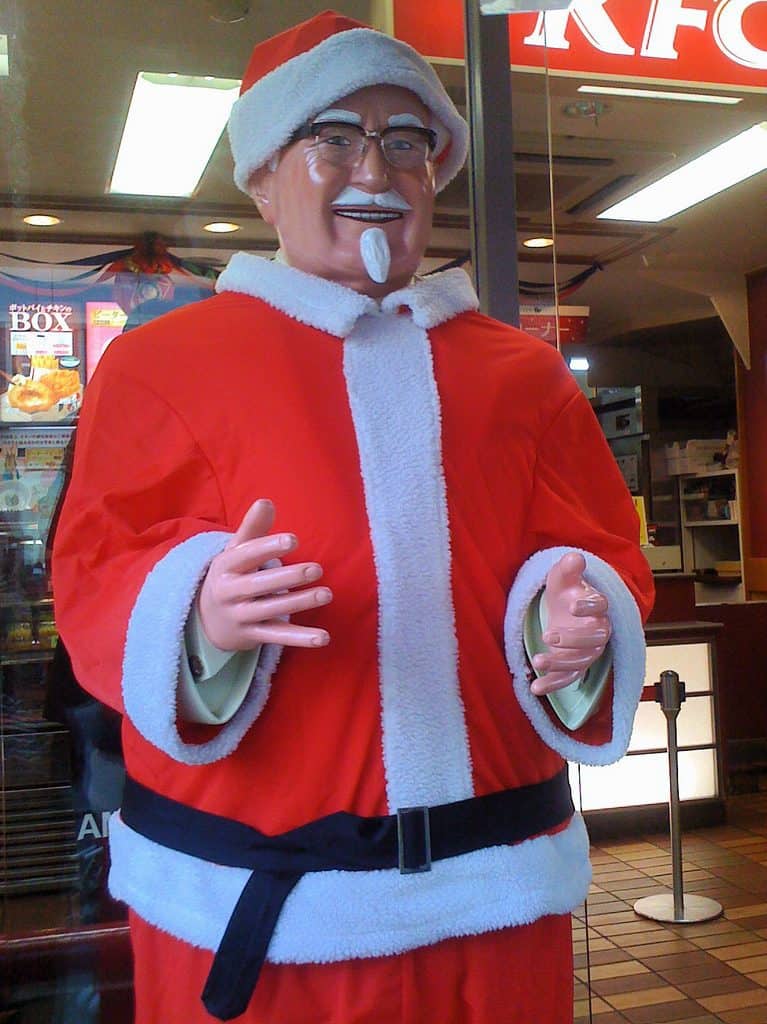 Some of you may have seen the brilliantly dark Christmas film The Krampus. The film is based on the Austrian folklore of a half-goat, half-demon creature who turns up in peoples houses on December 5th to dish out punishment to naughty children. The creature carries chains and birch sticks in order to whip the children into shape, oh and a sack to carry them to the underworld. How Christmassy!

The word Krampus comes from the Old German word Krampen meaning claw, which these fellas seem to have in abundance. An anual parade in the Austrian town of Lienz every Krampusnacht (Krampus Night), sees a horde of these demonic creatures chase children and adults poking them with sticks. Whatever floats your boat, looks pretty terrifying to us!

Those Greeks have got it bad at Christmas, they have to deal with a goblin outbreak in the devilish shape of the Kallikantzaros. Legend has it these normally subterranean little terrors come to the surface during the 12 days of Christmas spreading mayhem. Similar to witnessing an extended night out in Blackpool. From December 25th to January 6th, when the sun rises for the shortest time of the year, these monsters crawl up to cause some serious carnage.

Similar to Gremlins their eyes are very sensitive to light so we’re assuming the Greek people carry powerful torches with them during the festive season. One method of protection is said to be leaving the fireplace ablaze throughout the night, so that they cannot enter through the chimney. Another legend has it that any child born during the 12 days of Christmas was in danger of transforming to a Kallikantzaros. What the devil! 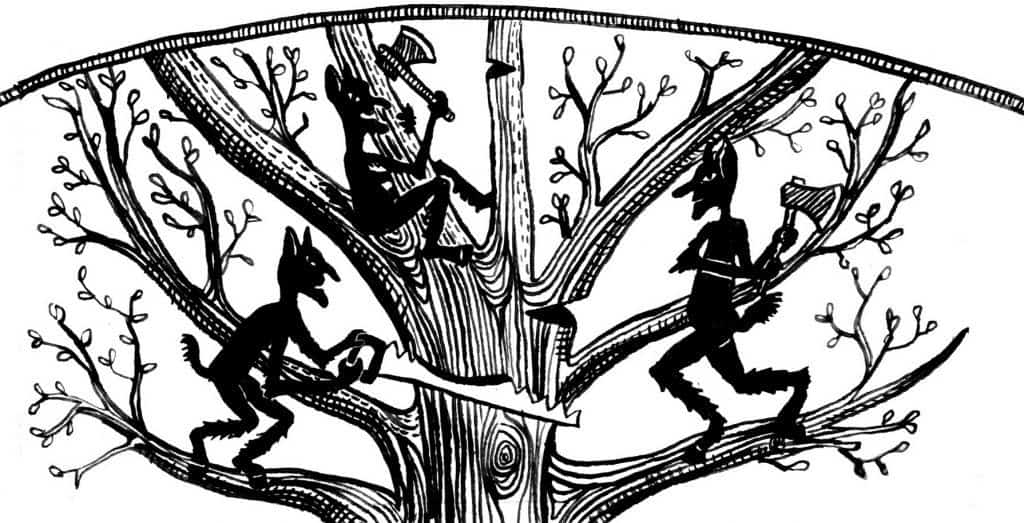 Nativity scenes are extremely popular around the world with many countries producing particularly beautiful and elaborate displays. Slightly oddly, in Catalonia it’s not unusual to find a figurine of a Caganer in the said scenes. Which just so happens to be a model of a man with his pants down defacating. Now that really is a bizarre Christmas ritual.

Most popular these days are models of celebrities and important people. You can even get a model of a royal squatting down, but not on a traditional throne. How festive. 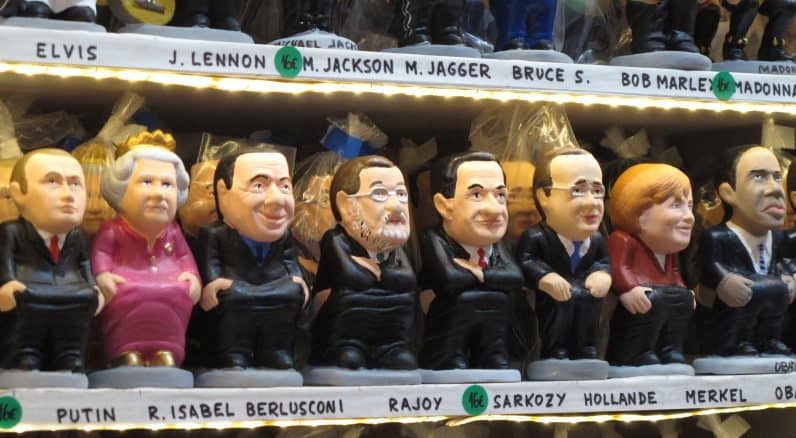 Have you got any weird Christmas traditions? Let us know in the comments.