The Best Jokes From the Edinburgh Festival

Ok so we’ve heard the one about man never setting foot on the Moon and that the footage was all filmed so that the U.S. could win the space race against the Russians. Well this theory around our big old lunar pal is the craziest so far. In fact it’s out of this world crazy, here’s the one about the moon not actually being real!

The Moon has always been thought of as Earth’s only natural satellite. Collective scientific thought believes it was a formation from a collision between our planet and an asteroid/planet the size of Mars, a theory known as the ‘Giant impact’ or ‘Big Whack’.

But authors Christopher Knight and Alan Butler in their book Who Built The Moon have some slightly different ideas. Their extensive research has led to them claiming the Moon was manufactured in some way, either man-made, or created by alien life. They suggest there is evidence that the Moon is in fact hollow and wait for it… was placed in its seemingly uncanny orbit via time travellers!

Before we get to the Marty McFly time travel stuff, lets examine what the authors are saying about our celestial body being a bit on the empty side. They aren’t the first to come up with this particular idea, although the suggestion of a hollow moon first appeared in science fiction, rather than anything close to science fact.

It was author H. G. Wells who wrote about a hollow moon in his 1901 book The First Men in the Moon. Knight and Butler’s main reasoning behind this idea is that there were seismometers fitted on the surface of the Moon by the Apollo missions which took the data of moonquakes from 1969 to 1977. Scientists on Earth reacted to some of those quakes saying “The Moon rang like a bell”.

One early Apollo mission that deliberately crashed its Lunar Module into the surface of the Moon, claimed similar bell-like ringing for an hour, leading to more suggestions as to whether the Moon may be hollow or have a very small core. The fact that the Moon is less dense than the Earth is shown as support for it to be hollow.

The moon’s mean density is 3.3 gm/cm3 whereas the Earth’s is 5.5 gm/cm3, the Moon’s concentration of mass is purported to be located at a series of points just below the surface, but does it’s lesser density mean hollow? Late Cosmologist, Carl Sagan said about satellites,

“A natural satellite cannot be a hollow object.”

According to Ken Johnson, former supervisor of the data and photo control department at NASA’s receiving lab during the Apollo lunar programme said, the Moon not only rang out but the whole satellite “wobbled” in such a precise way that it was,

“almost as though it had gigantic hydraulic damper struts inside it.”

Knight and Butler go on to write about the seemingly amazing coincidences that take place with planetary alignments and sizes. With total solar eclipses they talk about the strange quirk of fate that the Lunar disc being seen from Earth should be exactly the same size as the Sun, claiming this as something of a miracle.

With the Moon being tiny compared to the Sun (400 times smaller) but much closer to us, it causes them to appear as equal discs. The Moon is also just one 400th of the distance between the Earth and the Sun. The authors say the odds against this optical illusion taking place are huge. They go on to cite respected scientist Isaac Asimov, who described this perfect visual alignment as:

“The most unlikely coincidence imaginable.”

Talking about the way the planets line up, Knight and Butler write in their book,

“The Moon has astonishing synchronicity with the Sun. When the Sun is at its lowest and weakest in mid-winter, the Moon is at its highest and brightest, and the reverse occurs in mid-summer. Both set at the same point on the horizon at the equinoxes and at the opposite point at the solstices.”

The Moon isn’t helping itself in the suspicion stakes with not spinning like your typical natural celestial body, and not sharing characteristics with other moons found in our Solar System. Oh and what’s with only ever seeing one side of the Moon, what are you hiding up there? An unreleased Pink Floyd album! 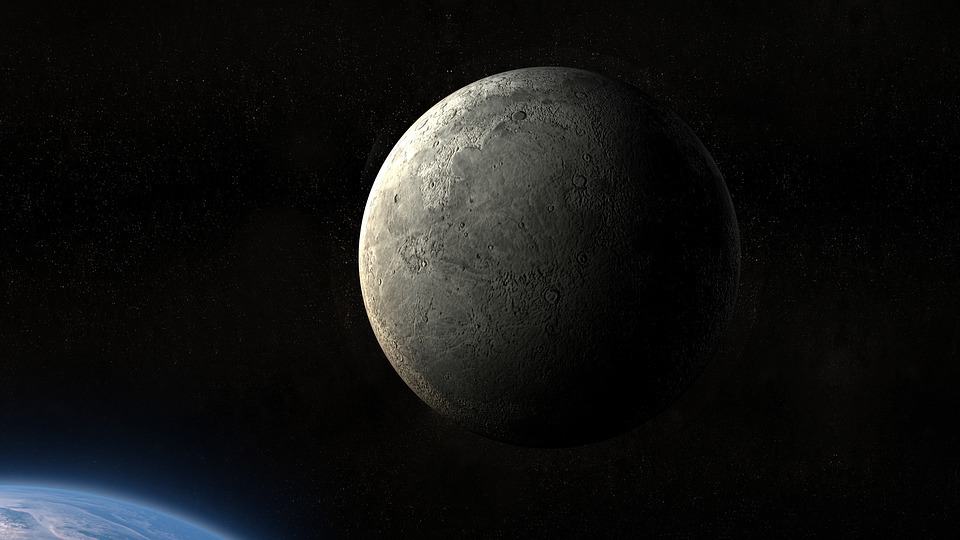 What’s it made of?

Another argument here of it’s apparent manufactured nature, is that the Moon has elements it shouldn’t have. In the 1970’s Mikhail Vasin and Alexander Shcherbakov from the Soviet Academy of science wrote an article called: “Is the Moon the creation of Alien Intelligence?” They questioned how it was possible that the lunar surface is so hard and why it contains minerals like Titanium?

Some lunar rocks have been found to contain ten times more titanium than “titanium rich” Earth rocks. Nobel Prize winner for Chemistry, Dr Harold Urey said he was “terribly puzzled by the rocks astronauts found on the moon and their Titanium content.” Researchers have apparently found samples mind-blowing as they couldn’t account in any way for the Titanium.

Even more spookily some rocks found contain processed elements, such as Brass, Mica and the elements of Uranium 236 (a radioactive nuclear waste by-product) and Neptunium 237 (a by-product of nuclear reactors), not something you’d naturally expect to appear. So where have these elements and minerals come from? Was the Moon manufactured from materials taken from a young planet Earth? Knight and Butler think this may be the case, and you all thought the Moon was made of cheese.

So lets get down to brass tacks. What actually is this celestial satellite with its lack of heavy metals, hollow nature, unnatural, almost perfectly central orbit and uncanny alignment to other planets doing in our orbit? How did it get there? This is where most brains will need a complete comprehension re-wiring job.

The Moon is said to be 4.6 billion years old, much older than our Earth, around 800,000 say scientists. It’s also unlike any other satellite in the known universe. Knight and Butler make the detailed case in their book that Earth’s Moon was in fact placed into its current position in the distant past,

“the Moon was engineered by an unknown agency circa 4.6 billion years ago to act as an incubator to promote intelligent life on Earth.”

By unknown agency the authors are primarily talking about a group of time traveling humans, having sort of generally discounted aliens being responsible. I mean aliens how far fetched! They go on to write,”The unknown agency knew that the humanoids would be the result of the evolutionary chain.” And that the dynamics of the Moon and it’s relationship with our planet was a message left to let us know what had been done, sort of like a big clever What’s App in the sky.

“Humans exist because, at some point in the future, we will return to a time when our planet was a young lump of unstratified matter and then we shall make the Moon. Once complete, our Moon worked it’s magic and life began, evolving eventually into an intelligent, ten-fingered species.”

So to surmise the big bright light in the night sky and indeed the human race is all thanks to a motley crew of time travellers that turned back the clock to build a big hollow planetoid and place it in perfect position on Earth’s orbit s that life should flourish on Earth. Ok so it might all seem a bit far fetched but one of the main things The MALESTROM has picked up on is that this whole incubator deal was set up to promote “intelligent life” here, sorry looks like you might have failed guys…

There you have it. Don’t trust that Moon people!

Buy your copy of Who Built The Moon HERE 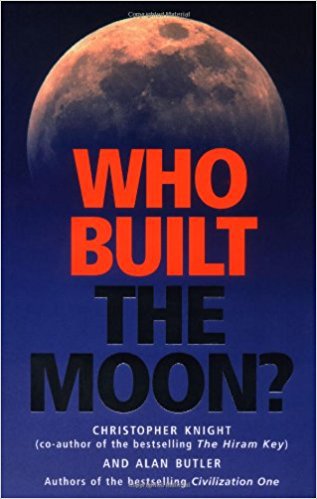