Take it Easy on Yourself – Modern Meditation

Plenty of events to head to over the next seven days with a pop-up cinema in a ballroom and a night of chess boxing among the highlights. It’s also St Patrick’s Day on the weekend.

The traditional time to raise a drink and celebrate the patron saint of Ireland, by donning a stupid oversized hat, downing copious pints of the black stuff and dancing the night away to The Dubliners. Sláinte everyone! Here’s the Weekly EDIT. 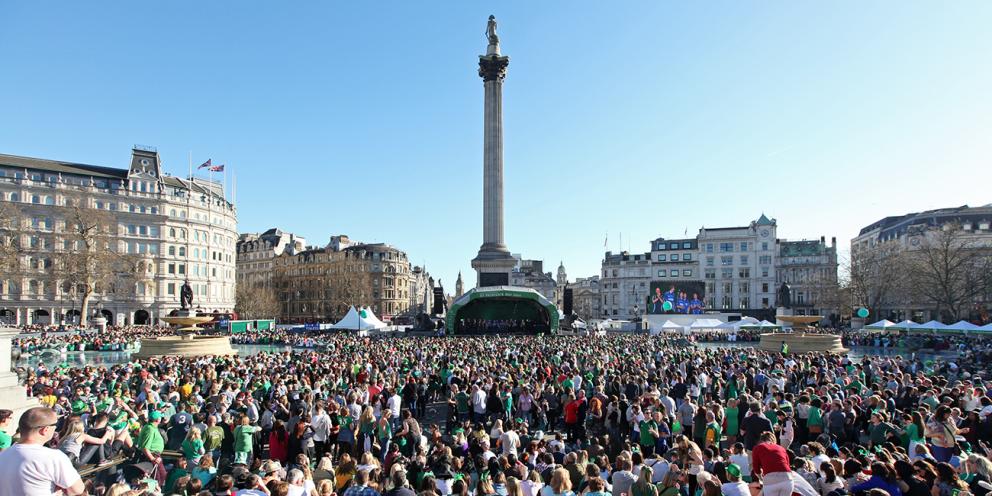 The official day of celebration might be on Sunday, but Irish eyes will be smiling all weekend at a whole host of events for St Paddy’s big day.

The parade and festival in and around Trafalgar Square will be bigger than ever with revellers enjoying three days of Irish food, dancing and a parade featuring traditional pageantry, floats and music.

Wembley’s Boxpark will be turning green on Sunday with two stages of music, dance and comedy, the highlight being ceilidh band The Shipsters. Talking of ceilidh’s there’ll be nights of dancing galore at Fabrica in Brighton and the Radisson Blu in Durham. 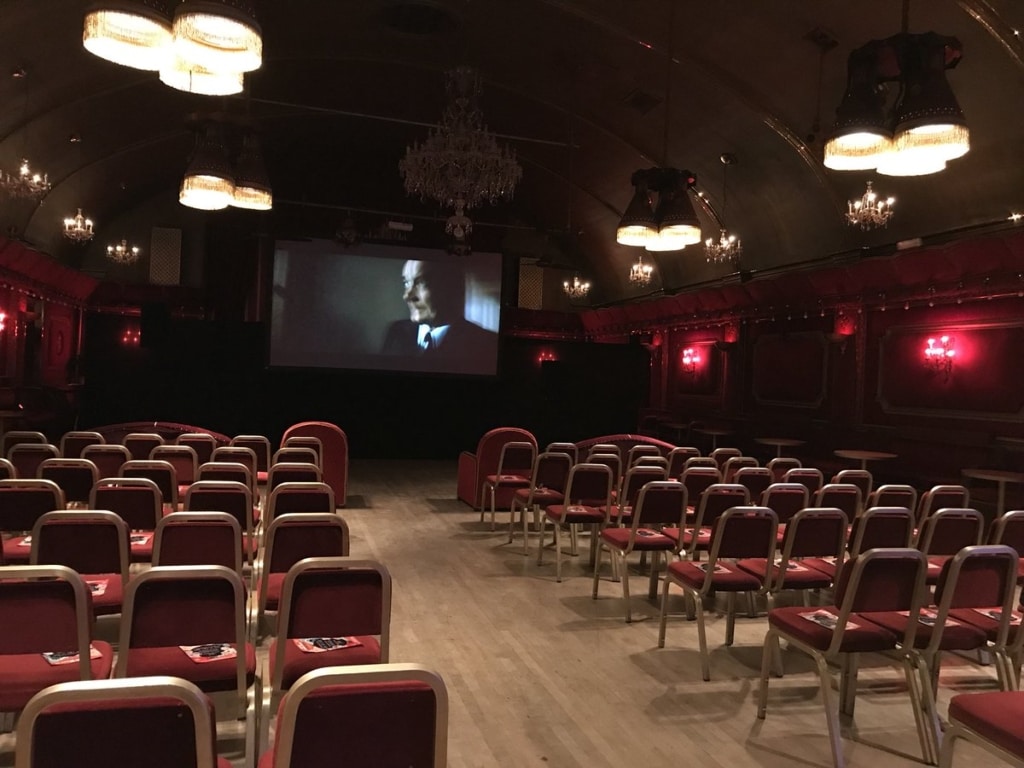 Three classic films will be playing in the pop-up cinema inside south east London’s sumptuous Rivoli ballroom this week.

Get to the bar early and settle in to watch the dude abiding in The Big Lebowski on Wednesday.

See Arnie making good on his promise to be back with Terminator 2 the following night and finishing off on Friday with a screening of one of Tarantino’s very best Pulp Fiction. 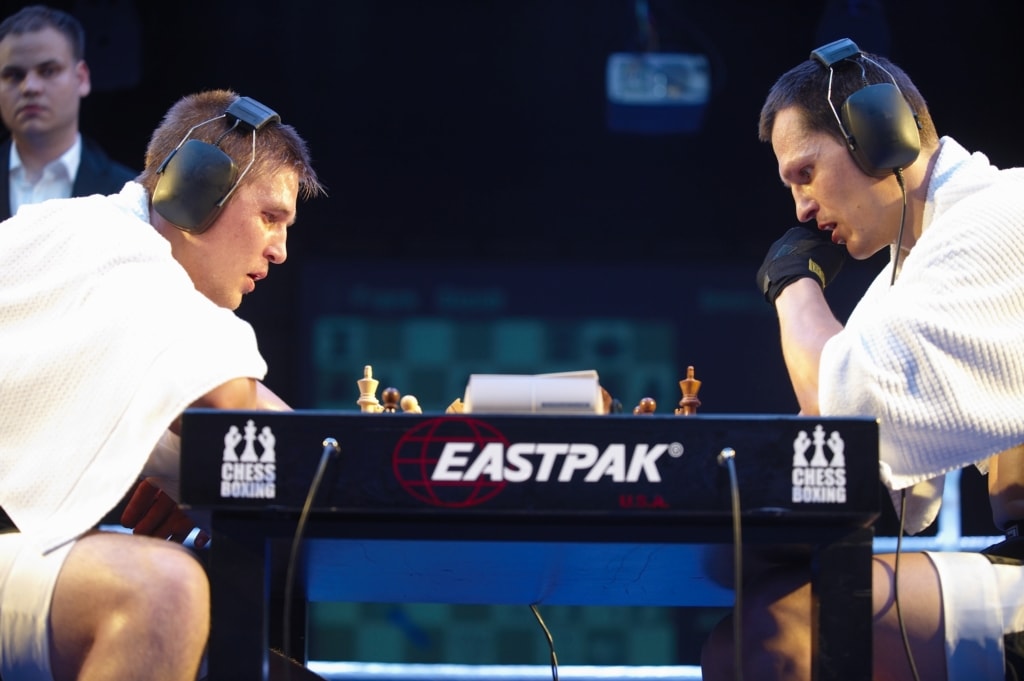 For a fascinating night of both brawn and brains, you might want to head down to this unique event at The Dome in North London on Saturday night.

In Chess Boxing opponents fight it out in the ring in alternate rounds of, you guessed it, chess and boxing with the winner coming by checkmate or knock out, whichever happens first.

It’s a growing sport that delivers for the ‘thinking persons’ fight fan. 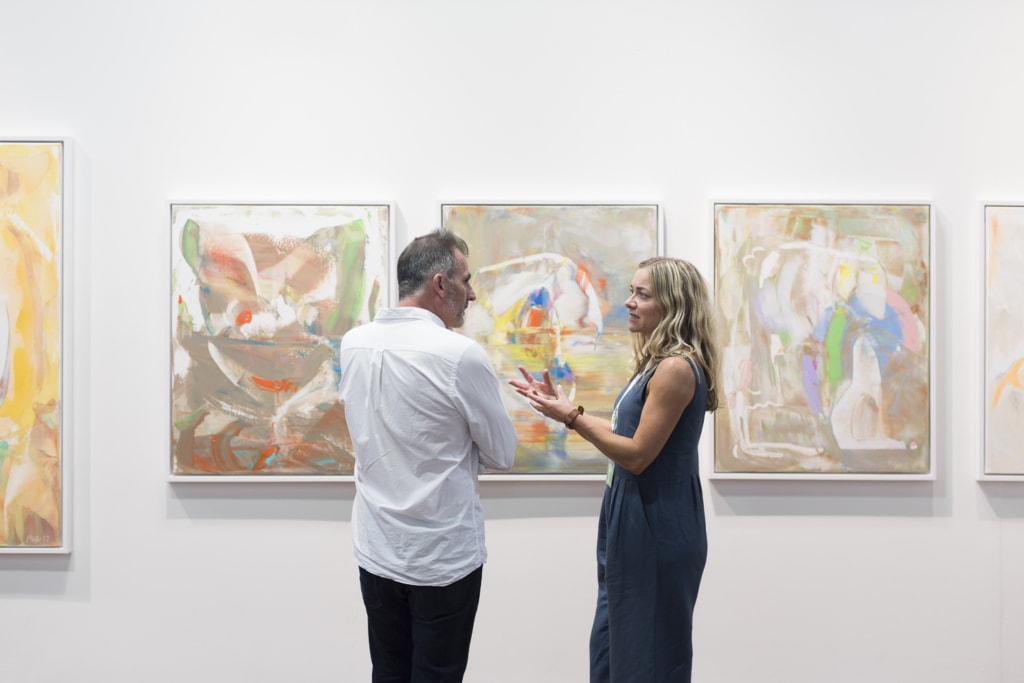 Over 140 emerging artists will take over London’s Old Truman Brewery this weekend for the 34th edition of The Other Art Fair.

Along with the work on show, there will be a programme of events including guest exhibitions, site-specific installations, engaging workshops and curated projects addressing the fair’s global 2019 Greener Future theme.

Lovers of the spellbinding Sir David Attenborough presented TV series Blue Planet II, on Sunday have the chance to watch this look at nature in a massive setting.

The wonders and mysteries of the planet’s oceans and wildlife head to the stage of the O2 with a selection of stunning visuals from the television series.

Projected on a state of the art 200 square metre 4K Ultra HD LED screen and accompanied by the original music score performed live by a full symphony orchestra – this should be epic. 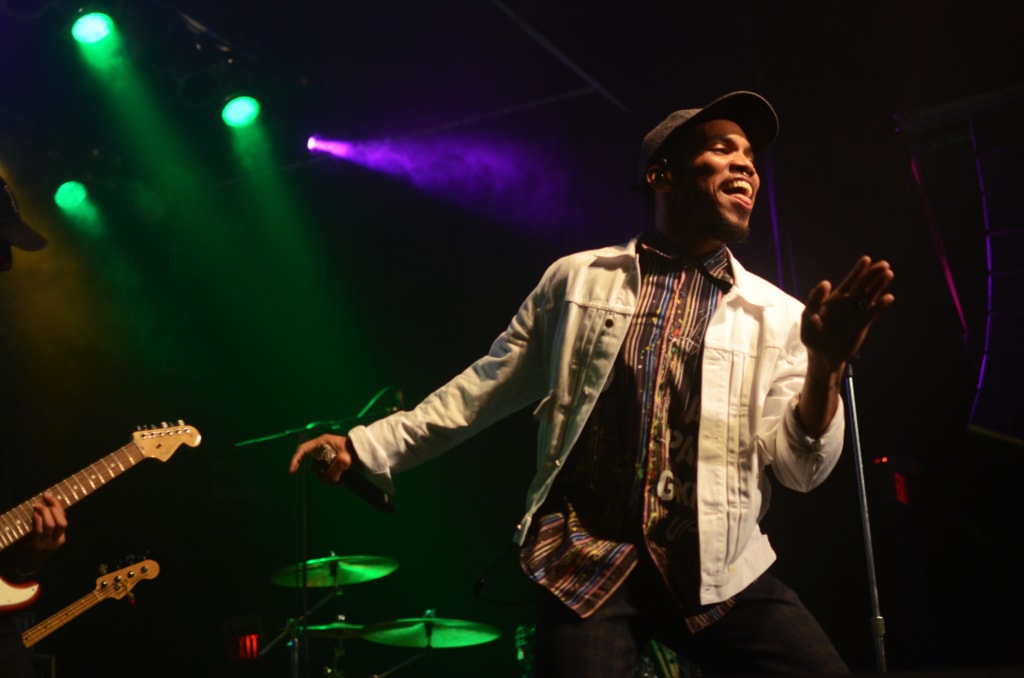 Ahead of the release of new album Ventura next month the multi-talented singer, rapper and drummer Anderson .Paak graces our shores to deliver some quality tunes to venues around the UK until the 20th of this month.

Beg, steal or sell your Mum to get a ticket to this one, it’ll be worth it. 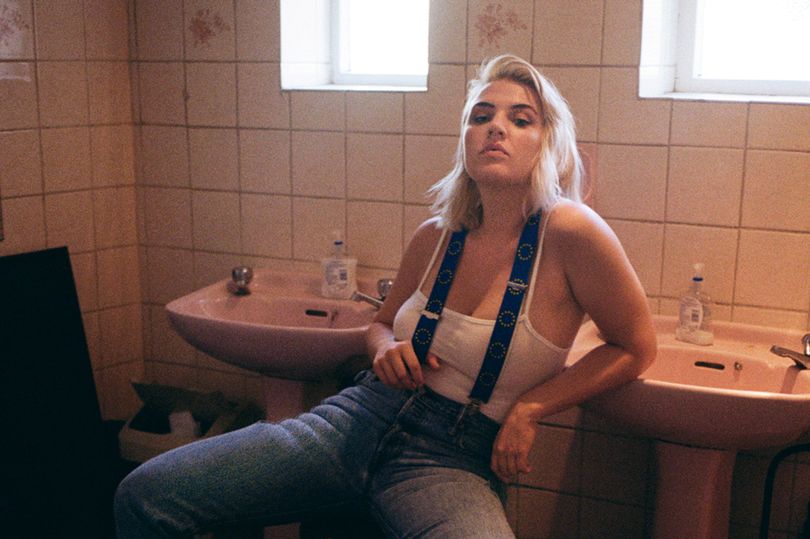 Slow Club’s Rebecca Taylor has branched out on her own with solo project Self Esteem, where she’s swapped low key indie-folk for experimental pop.

Singles like ‘Rollout‘ have proven this new direction is a very good thing indeed. Catch her live in Birmingham, Newcastle and Manchester this week. 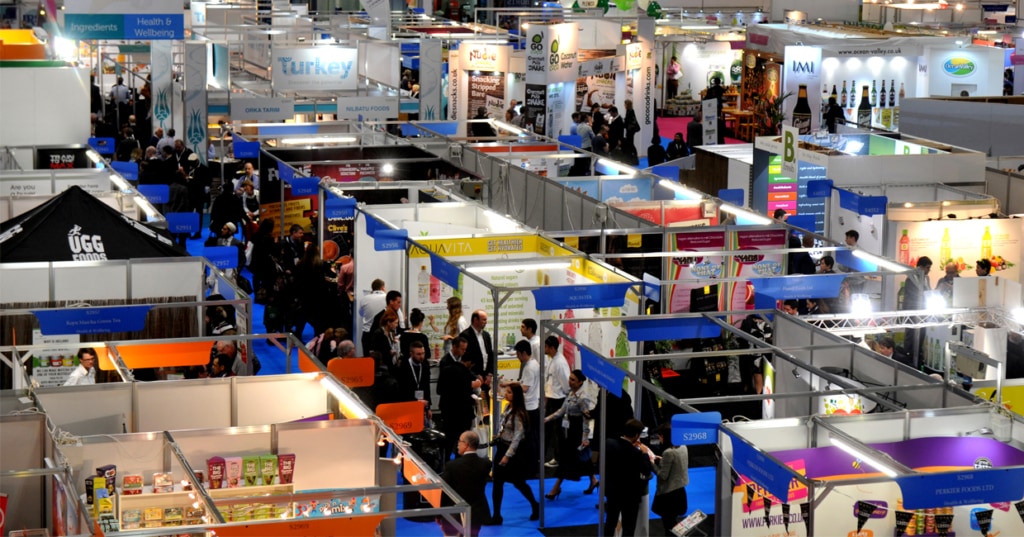 This massive show at London’s Excel Centre this year brings together 1,350 food and drink producers from 111 countries.

One of the new events for 2019 is ‘Tasting Trends’ which is described as a “multi-sensory experience” allowing guests the chance to see, smell and taste the brand new releases in the food and drink sector. 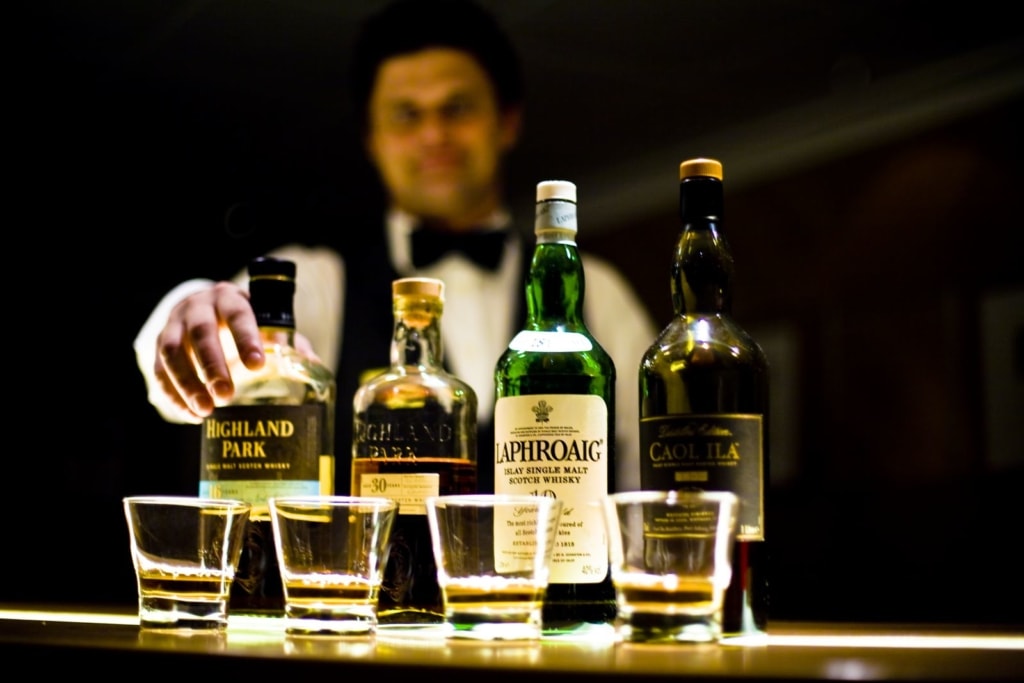 Fans of a wee dram need to head to Newcastle this weekend as The Whisky Lounge puts on a festival filled with the best home-grown liquor as well as that from around the globe.

So along with Scottish favourites, the likes of Taiwan, India, Japan and the USA will all be represented. Experience masterclasses with the whisky world’s most renowned experts, rare ‘under the counter’ drams.

And if that’s not enough you get a Glencairn tasting glass included with your ticket price.

To Live and Die in LA (iTunes, out now) 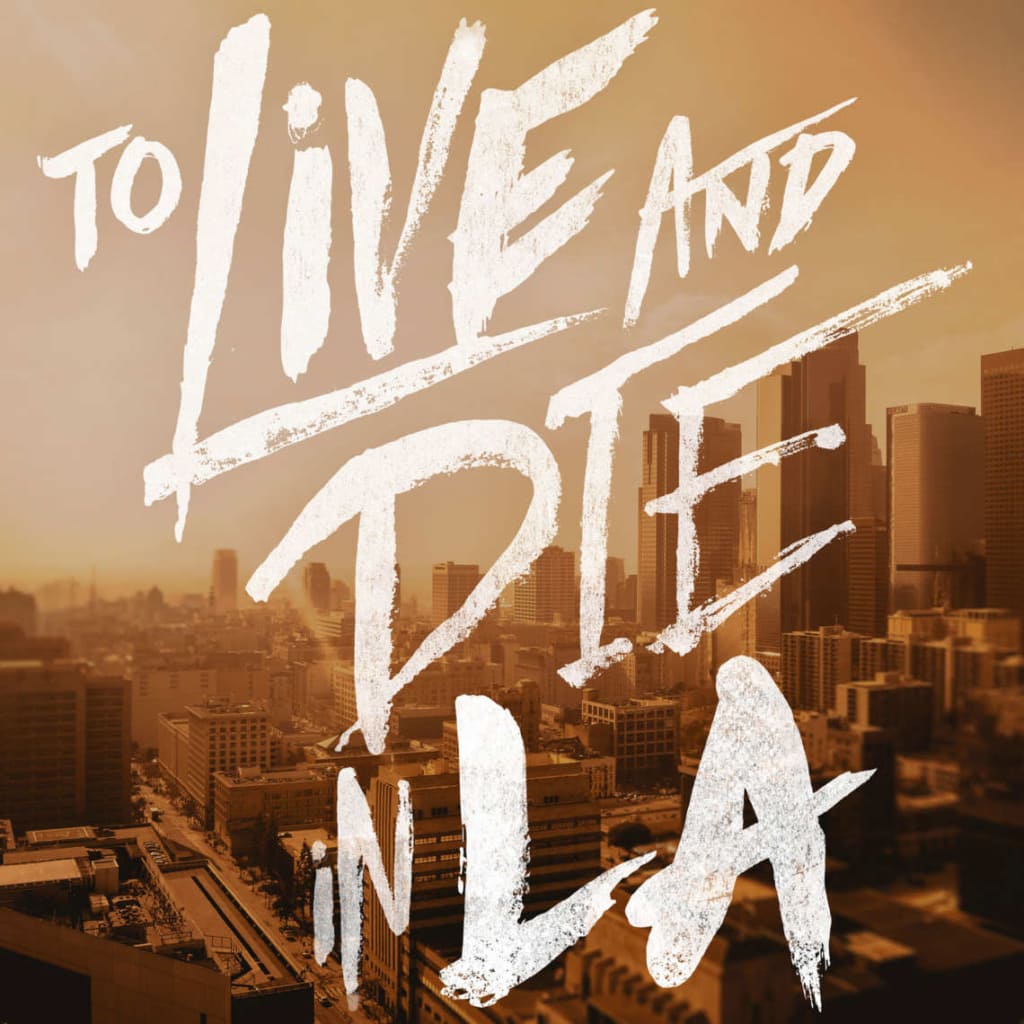 As regular readers will know, we here at MALESTROM HQ are partial to a bit of true crime.

This new podcast from the creators of Up and Vanished and Atlanta Monster sees Neil Strauss, author of pick up book The Game, turning his hand to investigating.

The case of 25-year-old model and actress Adea Shabani, who seemingly vanished from her Hollywood apartment in February 2018. The 12-part series, promises to uncover the never-before-reported truth about Shabani’s disappearance.

The force of nature who is Karen O, frontwoman of the Yeah Yeah Yeahs, here teams up with the super-producer Danger Mouse for a record filled with moments of genius among songs perhaps searching too hard to hit the mark.

The title track which was released as a single last year is a beautiful experiment that wonderfully weaves together synth, breathy vocals and a trip-hop vibe.

Whereas recent release ‘Woman’ shows that Miss O can still growl along with that ferocity we know and love. It’s very good, but you feel it could have been great. 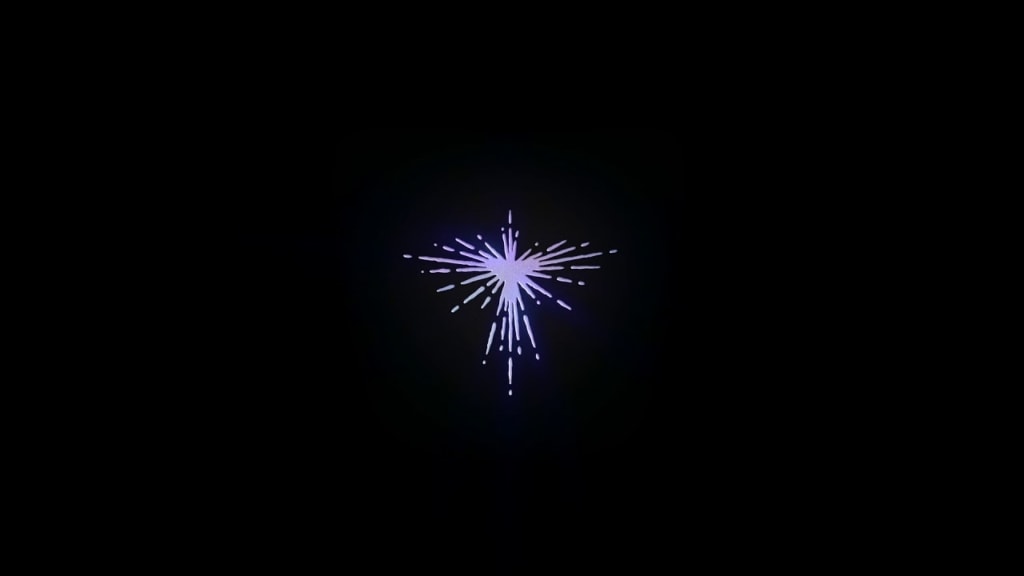 He might have the same name as a comedy TV channel, but this searing new album from the South London rapper is certainly no joke.

The tracks may be bleak and downbeat, but they deliver raw, powerful messages that make people sit up and listen.

The hugely honest feeling Psychodrama covers race, identity, prison, mental health and if there’s any justice in the world helps to turn Dave into a huge star. 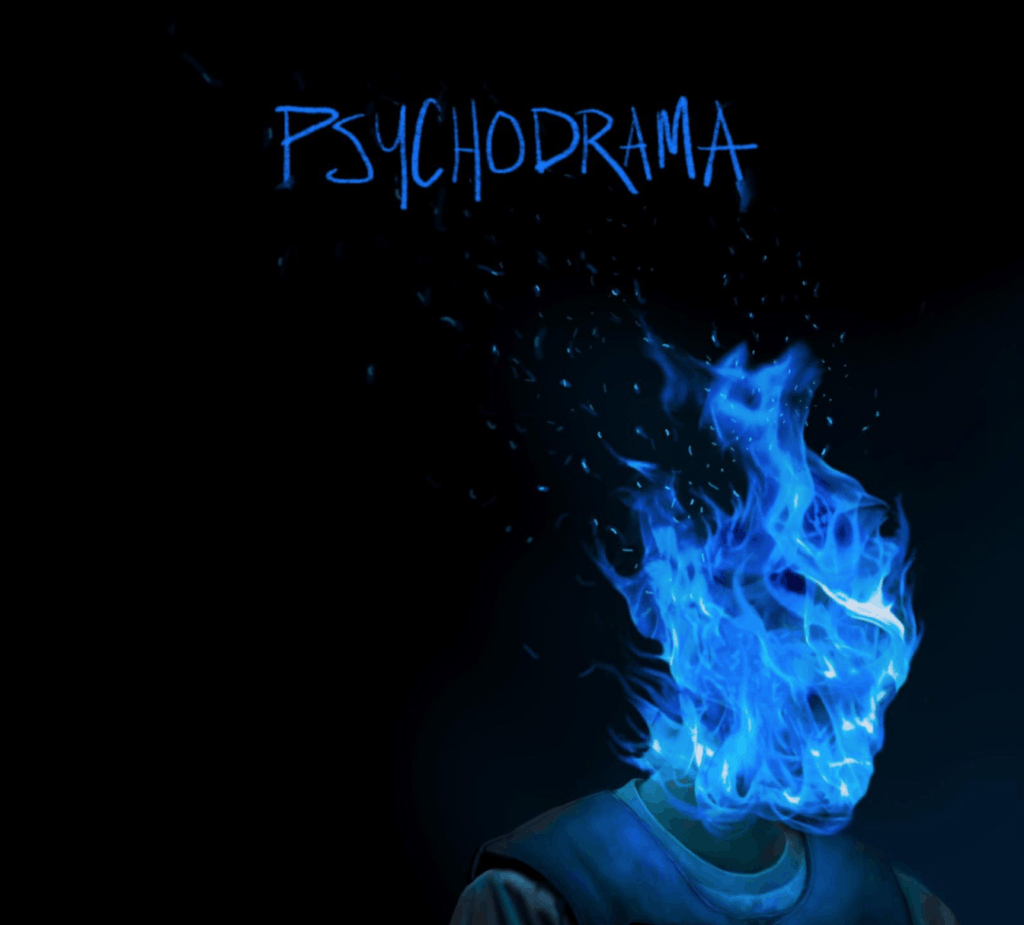 Sometime DJ Idris Elba has created and stars in this new comedy about Charlie, a one-hit wonder DJ past his best.

Living with his Nigerian auntie, Charlie has to swallow his pride when taking a job as a nanny to his famous best friend’s precocious 11-year-old daughter.

It’s a bit of a departure for Elba, it’s certainly no Luther, but it displays he’s got solid comedy chops, even if the show itself is a bit hit and miss.

Exec-produced by David Fincher and Deadpool director Tim Miller, this series of 18 anarchic short stories, each told using varying styles of animation, stretches across different genres like horror and sci-fi and isn’t for the faint of heart.

One of the films “Alternate Histories”, envisages a universe where you watch Hitler die in a variety of comically fantastic ways. Let’s just say this series is a bit different.

Under the Silver Lake (Cinemas, 15th)

This twisty-turny mystery follows Sam (Andrew Garfield) a disenchanted man whose life changes when he finds a blonde woman, larking about in his apartment’s swimming pool.

When she disappears, Sam takes it on himself to look for clues and goes on a surreal quest across Los Angeles to decode the secret behind her disappearance, leading him into a web of conspiracy he hadn’t bargained for.

This tense, slow-burning thriller is based on the mysterious story of the Flannan lighthouse that we’ve written about previously.

Starring Gerard Butler and Peter Mullan who play two of the three lighthouse keepers that arrive on a remote Scottish isle for a six-week stint only to make the fateful discovery of a wrecked rowing boat and a chest full of gold.

All signs point to serious trouble on the horizon. 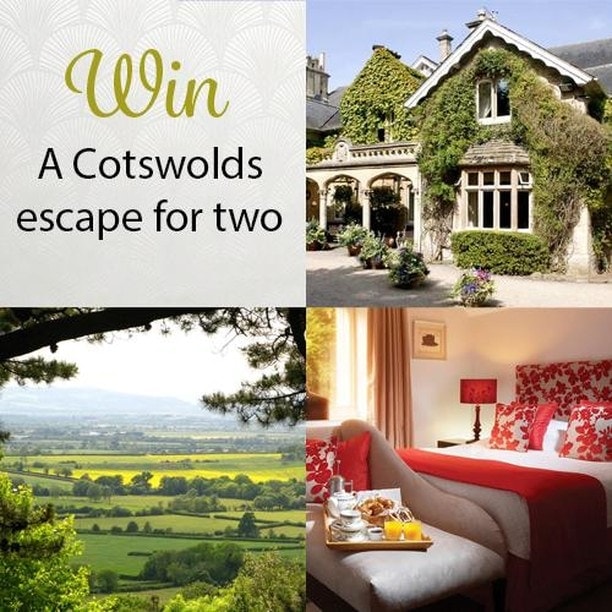 Win a break for two in the Cotswolds courtesy of Red Letter Days!

Formed by a series of stunning English counties, the rolling Cotswolds are officially noted as an ‘Area of Outstanding Beauty’. Each of Red Letter Days specially selected Cotswolds-based hotels are situated in beautifully peaceful locations and boast an exceptional standard of hospitality – the perfect tonic for a relaxing short break.

Their locations offer a hearty breakfast and an evening meal, comfortable bedrooms with en suite bathroom facilities and local surroundings which are both stunning and rich in cultural or historic value. By the end of your stay, you’ll feel refreshed, relaxed and ready for anything!