Tons to do this slightly chilly wet week in Blighty. There are festivals galore from film and comedy to cheese and wine. An early taste of Christmas, not to mention an enlightening exhibition on Buddhism. And remember, remember, Tuesday is the 5th of November, so there’ll be plenty of fireworks lighting up the night sky, it’s not the country exploding because Brexit didn’t happen! Here’s The Weekly EDIT.

In partnership with the London Korean Film Festival and marking the latest in their Hidden Figures programme, Barbican are screening three films rarely seen in the UK, from the provocative filmmaker, Ha Gil-jong, a major figure of 1970s Korean cinema.

In the 1970s, before his tragically young death at just 37, Ha Gil-jong shook up Korean cinema, offering a thrillingly diverse series of features which critiqued the contemporary military dictatorship in the country and put him in constant battle with film censors. All of the films showing here embrace entirely different styles and genres – melodrama, comedy & horror. 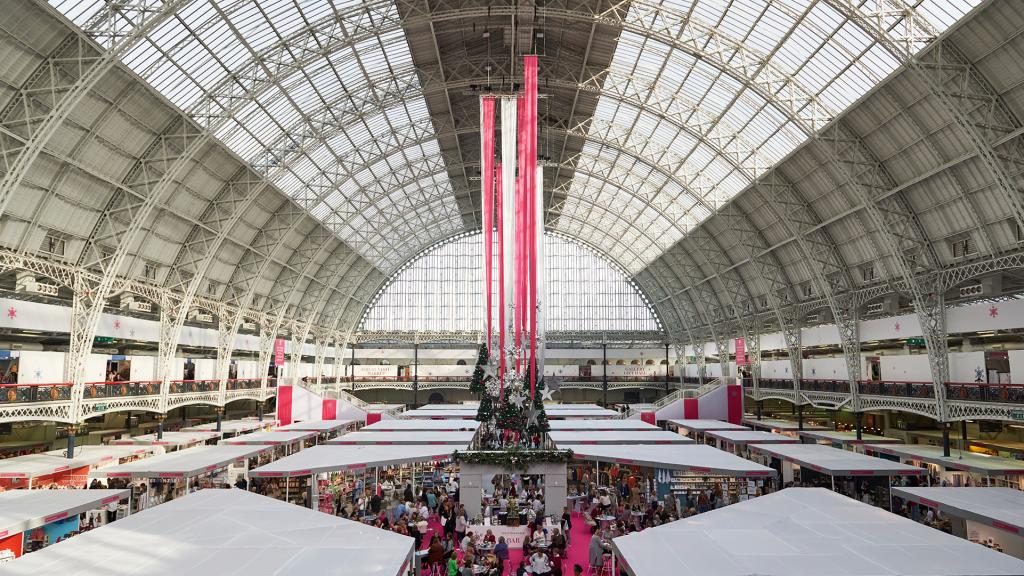 If you fancy starting your Xmas shopping early this year, you’ll find plenty of ideas at The Spirit of Christmas Fair in Olympia. It’ll be packed with stalls filled with festive products, decorations and toys, with 900 hand-picked independent boutiques and designer-makers on hand. At the event you can also take part in interactive workshops, from festive centrepiece making to English sparkling wine masterclasses. 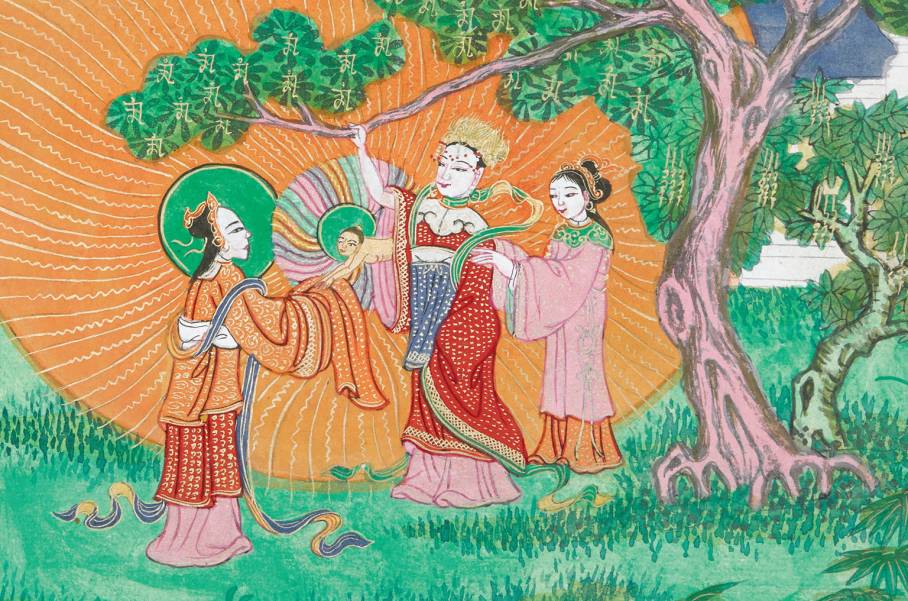 With over 500 million followers, Buddhism is one of the world’s major religions. This stunning new exhibition at the British Library is filled with enlightening images, illustrations and artefacts relating to Buddhism, spanning 2,000 years. Here you’ll find sacred texts, colourful scrolls and gold plates reflecting mindfulness, compassion and tolerance. It’s a great place to learn all about this fascinating subject and do a little inward meditation on your own life path. 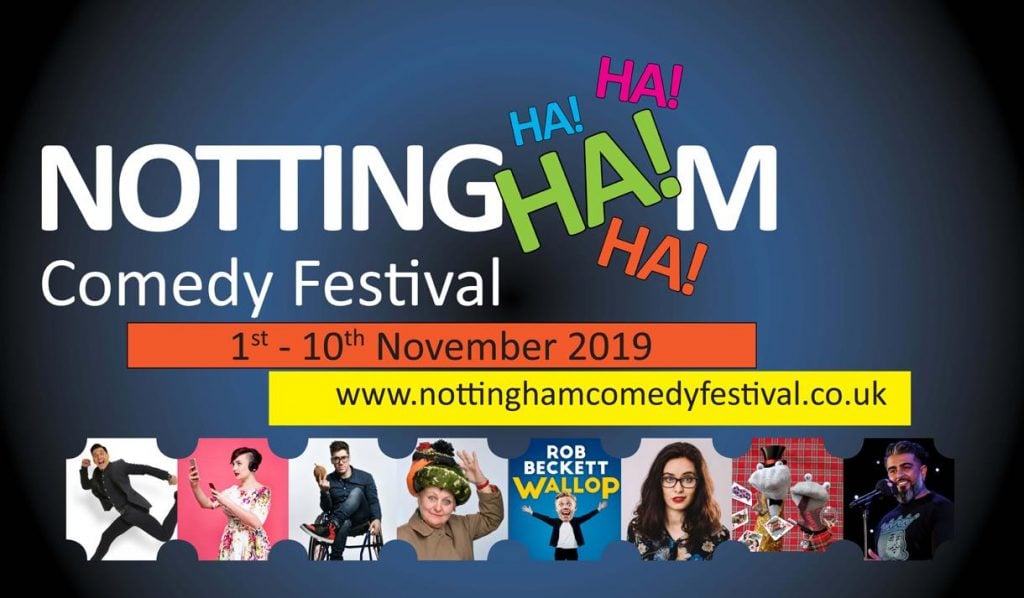 We all need a good giggle in these turbulent times in which we dwell. So thankfully there’s a whole week of giggles left at 11th the Nottingham Comedy Festival. With 127 shows taking place across 23 venues, there’s something for every taste with sketch comedy, poetry and podcasts as well as stand up from big names such as Rob Beckett and Russell Kane who’ll be taking to the stage. 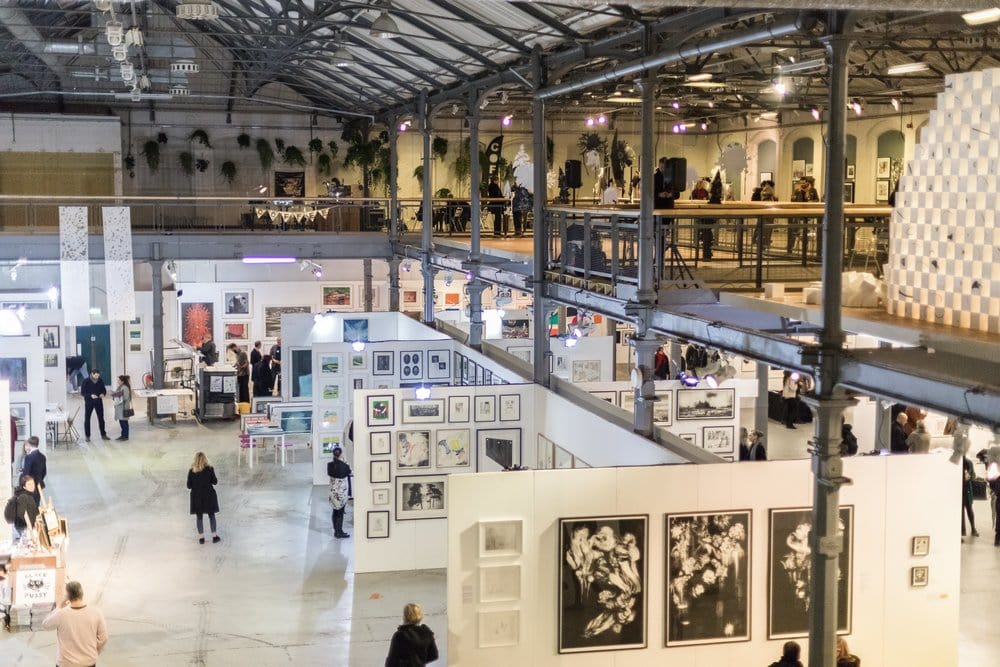 Anyone looking to start their own art collection might want to begin with a visit to Woolwich Contemporary Print Fair, the largest of its kind in the UK and the only London fair to deal solely in contemporary printmaking. 500 specialist artists and exhibitors will be packed into the impressive former cartridge factory at the Royal Arsenal, Woolwich, for a celebration of every aspect of printmaking – from etching and lithography, to woodblock and screen-printing. Here you can peruse all the prints on offer from emerging talent and established names like Grayson Perry & Tracey Emin and get insight into how to make your own. 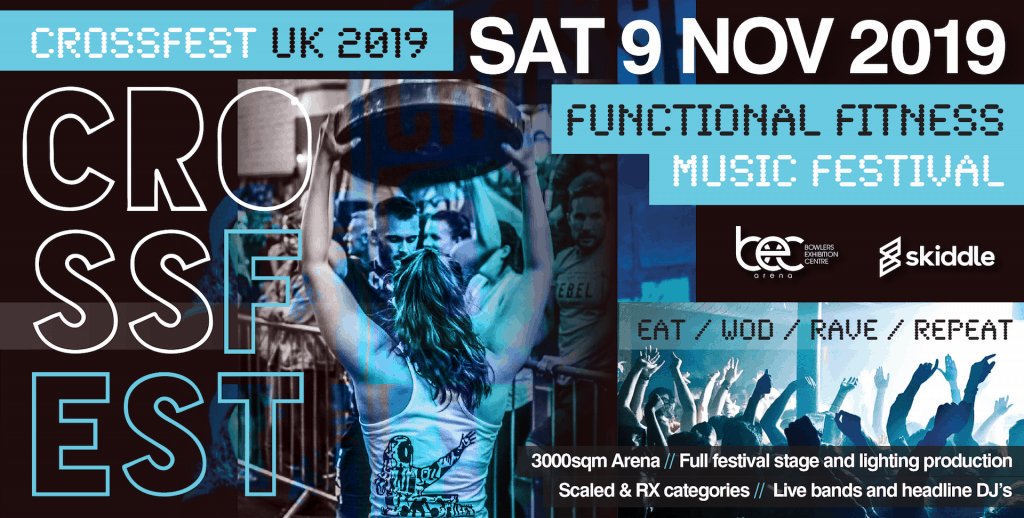 Functional fitness and music combine here at the iconic Manchester rave venue Bowlers Exhibition Centre. At this unique one-day event, you can compete in team functional fitness challenges, while a DJ spins tunes and brings a party vibe to proceedings. And if you don’t fancy getting involved you can go for a spectator ticket that allows you access to the competition and the live music festival. 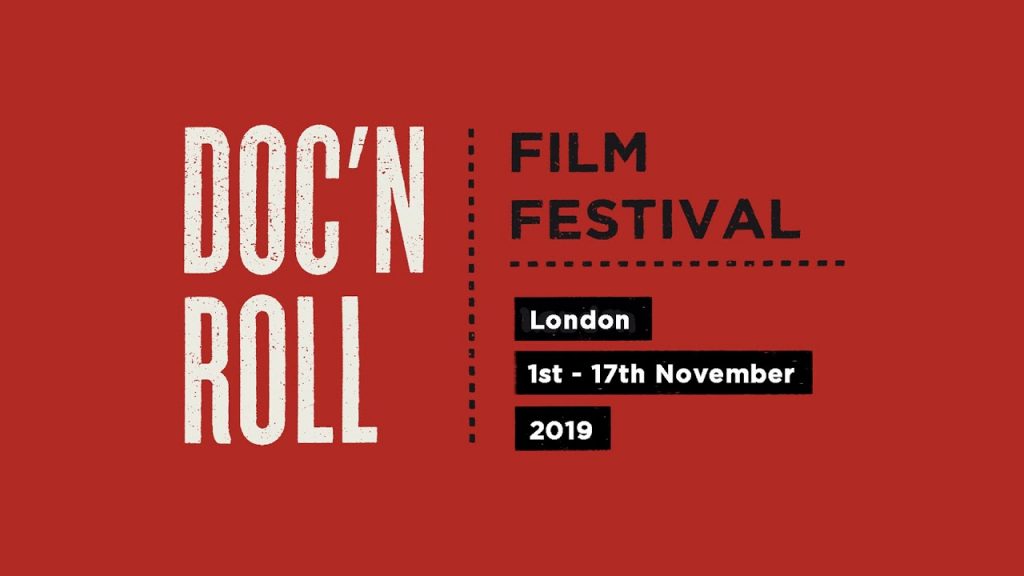 Now in its sixth year the BFI-supported Doc’n Roll Festival aims to celebrate music subcultures through music documentaries. The festival is renowned for its wide spread of subjects, this year being no different with everything from disco to drum and bass covered in 30 diverse docs. Highlights include, The Rest Is History, about the early years of the jungle scene and A Dog Called Money, about the creation of PJ Harvey‘s last album. Screenings are taking place up and down the country with Q & As following many of them. 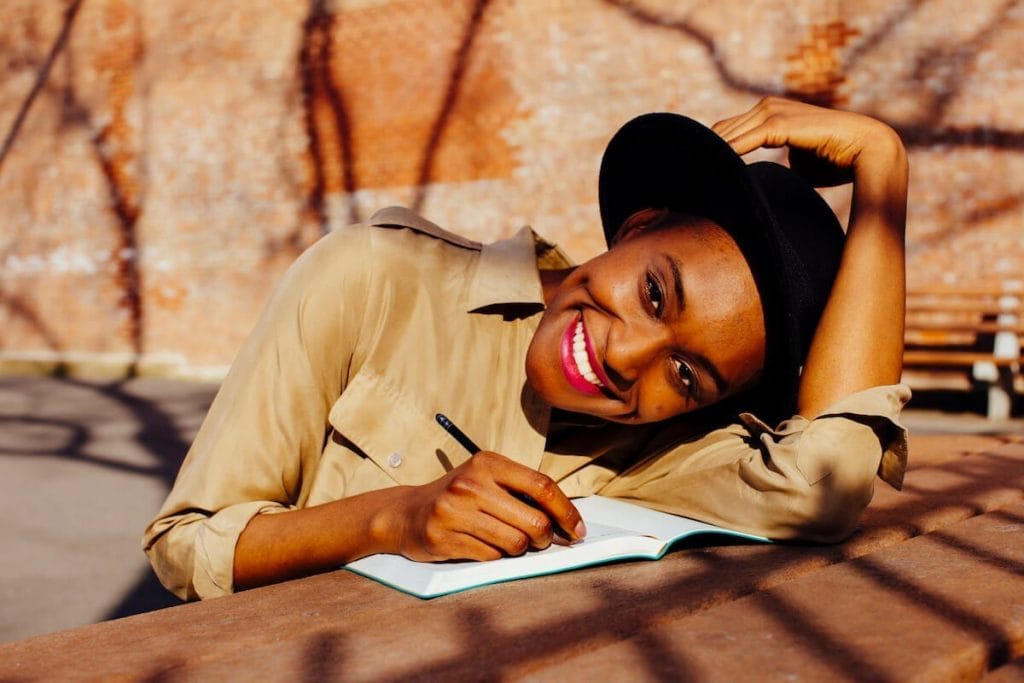 This North London Lit Fest will highlight work by Black writers and champion diverse children’s literature. From poetry and spoken word to memoir and prose, the Tottenham Literature Festival will celebrate the word and storytelling in all its glorious forms. There’s a packed programme of readings, performance, talks by bestselling author, debates, films and writing workshops to fire your imagination. 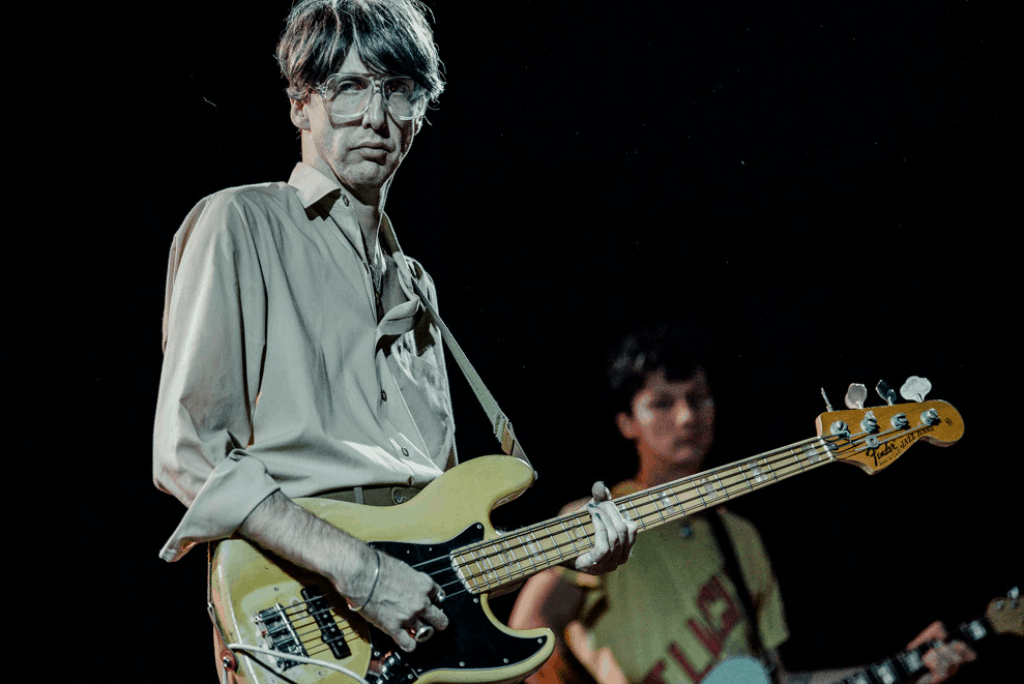 We told you about Bradford Cox and co’s rather fine eighth album, Why Hasn’t Everything Already Disappeared? earlier this year and here’s your chance to hear it up close and personal as Deerhunter hit the road on tour of the UK. Alongside this bleak slice of pop, the bands other top tunes will be wheeled out, or at least we very much hope so. 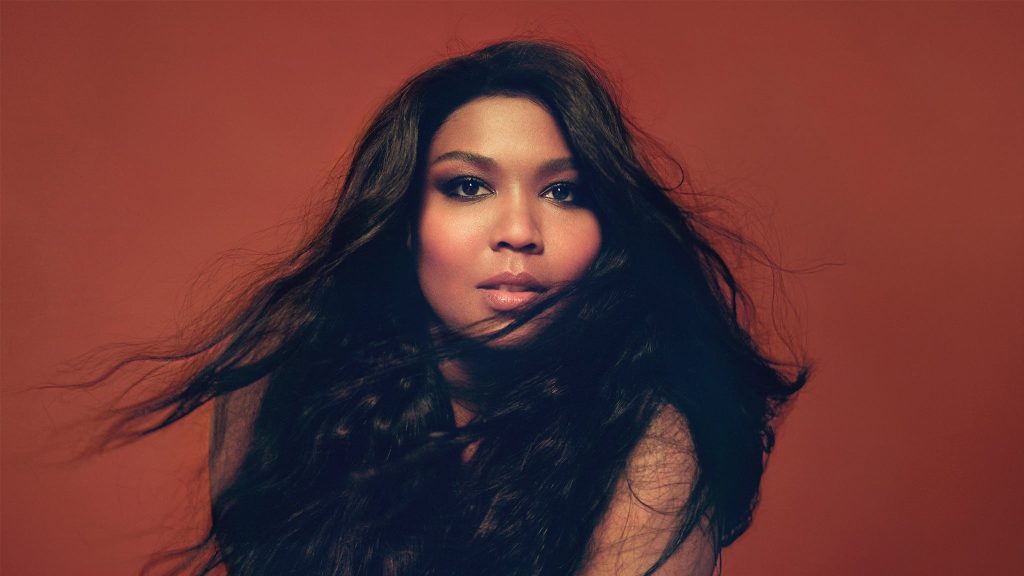 After a summer killing it at various festivals, one of 2019’s brightest star’s Lizzo is in Blighty to showcase her unique style and raft of hit songs like recent US number one, ‘Truth Hurts’. Expect badass choreography, belting numbers and flute solos that will melt your tiny minds.

Restaurant and bar Lyaness, within the Thames-side hotel Sea Containers London, has teamed up with Curzon cinema to create a truly throwback experience for its guests. This Sunday you can enjoy 80s movie classic The Breakfast Club, then enjoy an Afternoon Fancy Tea paired with cocktails in a tongue-in-cheek take on a high-end 80s dinner party. Guests will be served a menu of typical English party foods from sausage rolls and devilled eggs to trifle and eclairs. The fun starts at midday. 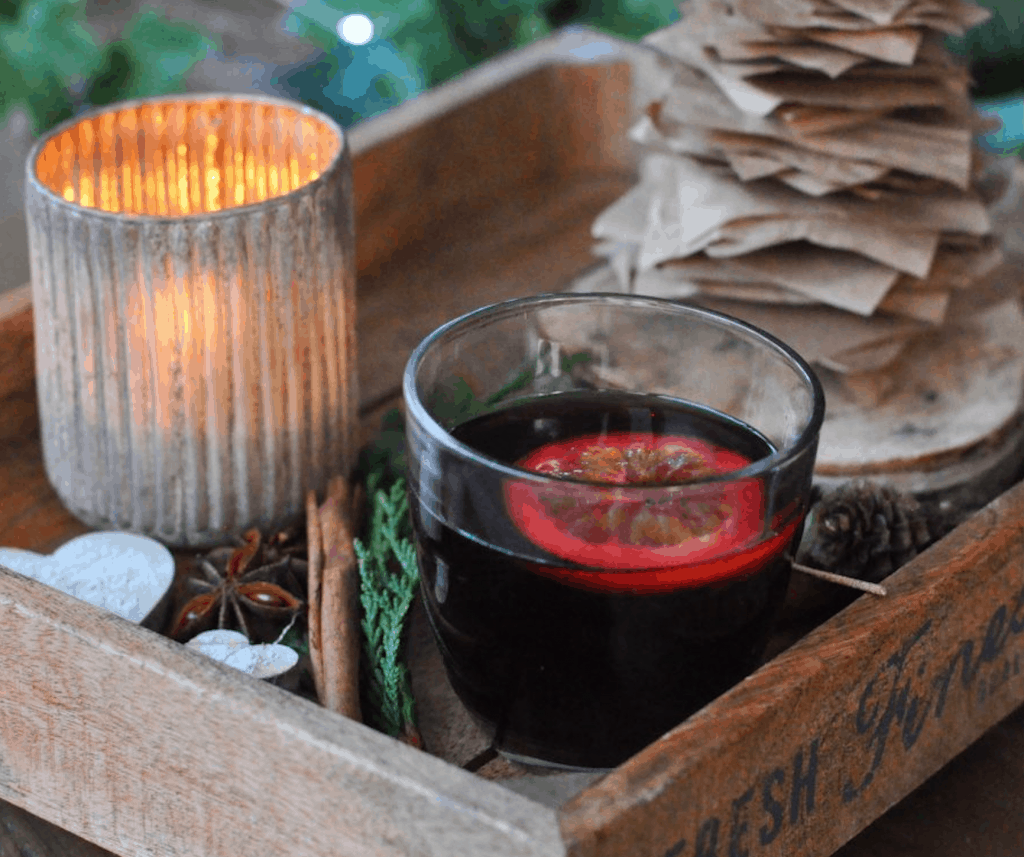 The Liverpool Independent Wine Festival launches at the Baltic Warehouse this weekend, bringing natural and vegan wines from around the world together under one roof. Over two days visitors will be able to sample some of the vast range of vino on offer, broaden knowledge with talks from industry experts, as well as enjoying food from restaurant pop-ups and live music from the fantastic Alan Cross, Speakeasy Bootleg Band and live DJ’s in the evening. 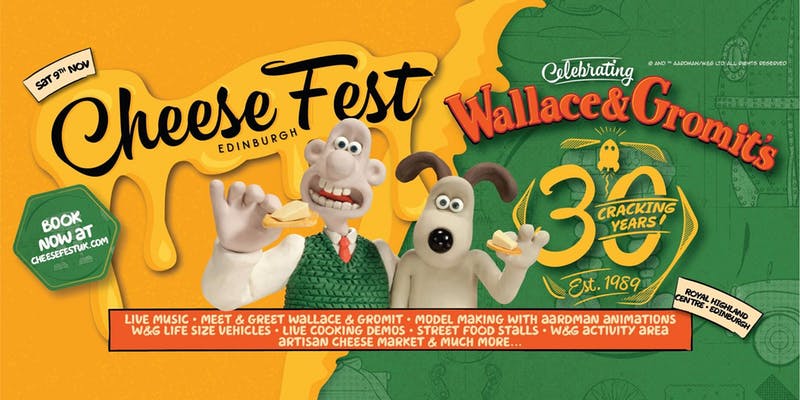 It’s a celebration of all things cheese in Edinburgh this Saturday. Expect the most incredible melted delights, top-notch toasties and delicious cheese-based cuisine presented for your culinary pleasure by the finest fromage traders from across the land.

Added to all the grub, longtime cheese ambassadors Wallace & Gromit will be on hand (which must mean they’re actually real) as they celebrate 30 years of snacking on dairy goodness. Should be brie-lliant. 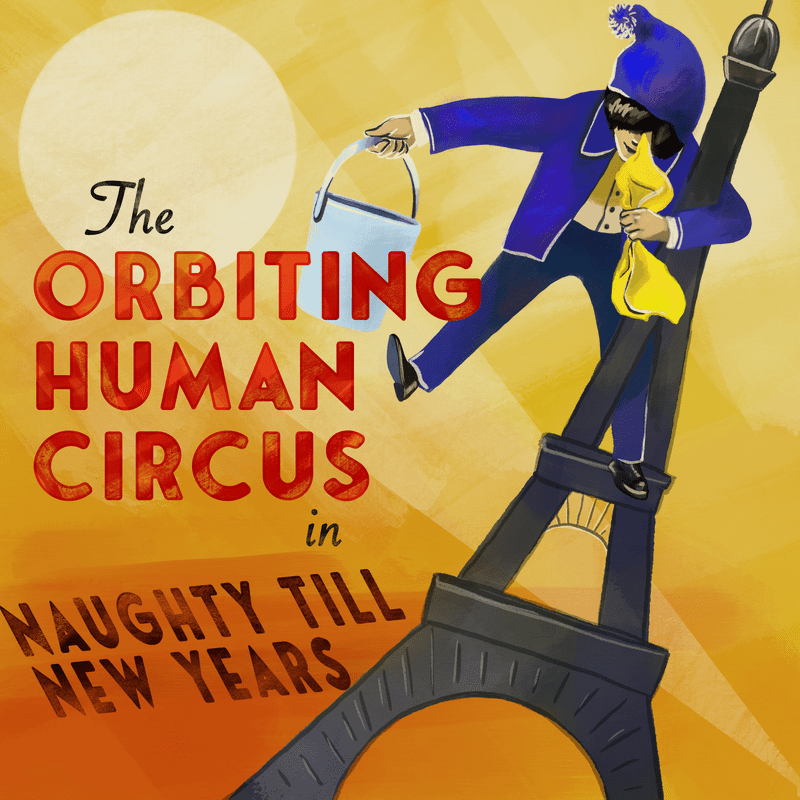 This most surreal of podcasts is back for a second season with a brand new adventure. All your favorite Orbiting Human Circus characters return, this time inviting listeners into the mystery surrounding the lonely young janitor (Julian Coster) who lives at the Eiffel Tower… and has no idea how he got there. Other voice talent includes Tim Robbins and John Cameron Mitchell and it’s all delightfully silly.

Gang Starr – One Of The Best Yet (Gang Starr Enterprises, Available to stream now) 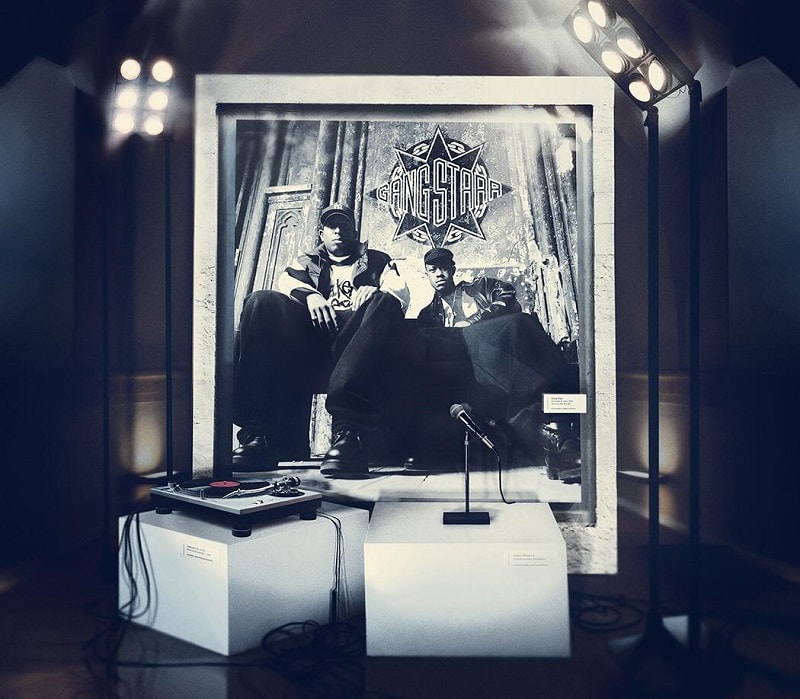 One of the greatest groups in Hip Hop are back with a brilliant new album after all these years. DJ Premier and Guru’s last project was released in 2003 and the dynamic duo are back together with One of the Best Yet. A record that harks back to Gang Starr’s seminal work of the past, but also shows their relevance in today’s music scene. Check out the absolutely epic first single ‘Family and Loyalty’ HERE. We’re very glad this lot are back, for however long. 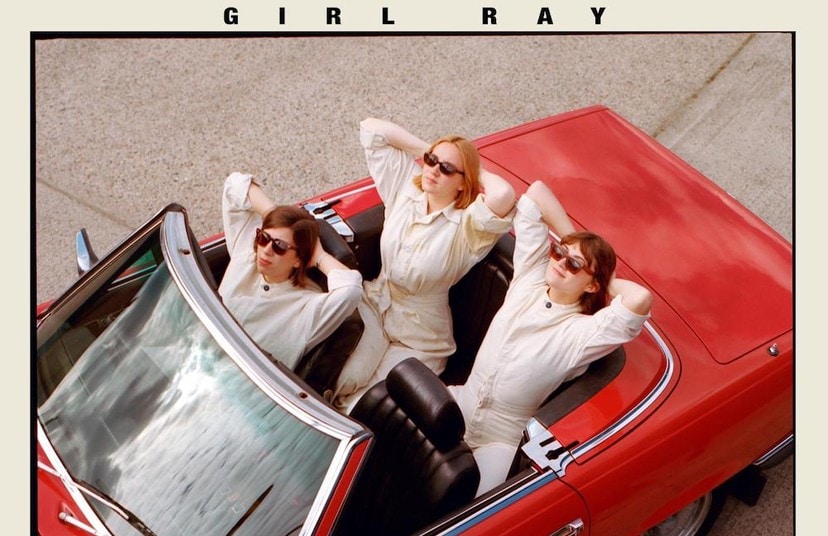 Group Girl Ray are back with a distinctly poppier sound, and we’re happy to report it’s good. Girl is an album filled with foot-tapping synth-pop bangers, sad piano ballads and all-round goodness. It’s music to enjoy, by people clearly having a good time making it and for that, we salute them. Listen to summer single ‘Show me More‘ at full volume and pretend for three minutes at least that it’s not freezing cold outside.

The darkly comedic sleeper hit is set for a second series, as viewers hope to catch up with James and Alyssa, although given the rather ambiguous culmination of Series 1 (Spoiler Alert!) where James runs off towards the sea, and we hear police gunfire, leading us to imagine his demise, presumably that can’t be guaranteed.

Channel 4 have unveiled the first footage of the series, which sees Alyssa in a wedding dress, seemingly making a “fresh start” to life, and we’ve also seen the opening scene from the new series, so we know there’s a new character Bonnie (Naomi Ackie), a gun-toting troubled (read killer) outsider with a mysterious connection to Alyssa. Expect more sombre magic.

After years of competing as rivals, the four strongest men in the world are teaming up to find out the truth behind some of history’s greatest tales of strength. This new HISTORY series sees Eddie Hall, Brian Shaw, Nick Best & Robert Oberst travel across America, England and Scotland investigating strongman legends and taking on epic feats of strength from in a quest to prove who really is The Strongest Man in History.

Regular readers will know we’ve been harping on about this one for what feels like decades now, and Scorsese’s labour of love is coming to a small screen near you. Yes, after a long storied production and at a whopping cost of around $200 million this epic gangster flick is arriving on Netflix this Friday.

It centres around the real-life WWII veteran turned hitman Frank Sheeran, aka The Irishman. The mobs killer for hire who made his former friend, union leader Jimmy Hoffa ‘disappear’ in 1975. Scorsese stalwart Robert DeNiro plays Sheeran in a thankful shift back to the type of hard-nosed role that made him the such a beloved actor. With more scenery to be chewed up by Al Pacino who plays Hoffa, incredibly in his first time working with the director. Expect big things.

Set in early 1980s California, the story here follows the meteoric rise of the then golden boy of the automotive industry, John DeLorean (Lee Pace) and his iconic DeLorean Motor Company, through the eyes of his friendship with charming, ex-con pilot turned FBI informant, Jim Hoffman (Jason Sudeikis).

With his car company in financial dire straits, DeLorean turns to murky activities to try and save his business with a cocaine deal that turns out to be a set up by the FBI. The film is a bit one-paced compared with the 88mph we tend to expect from a DeLorean, but good performances throughout still make it watchable. 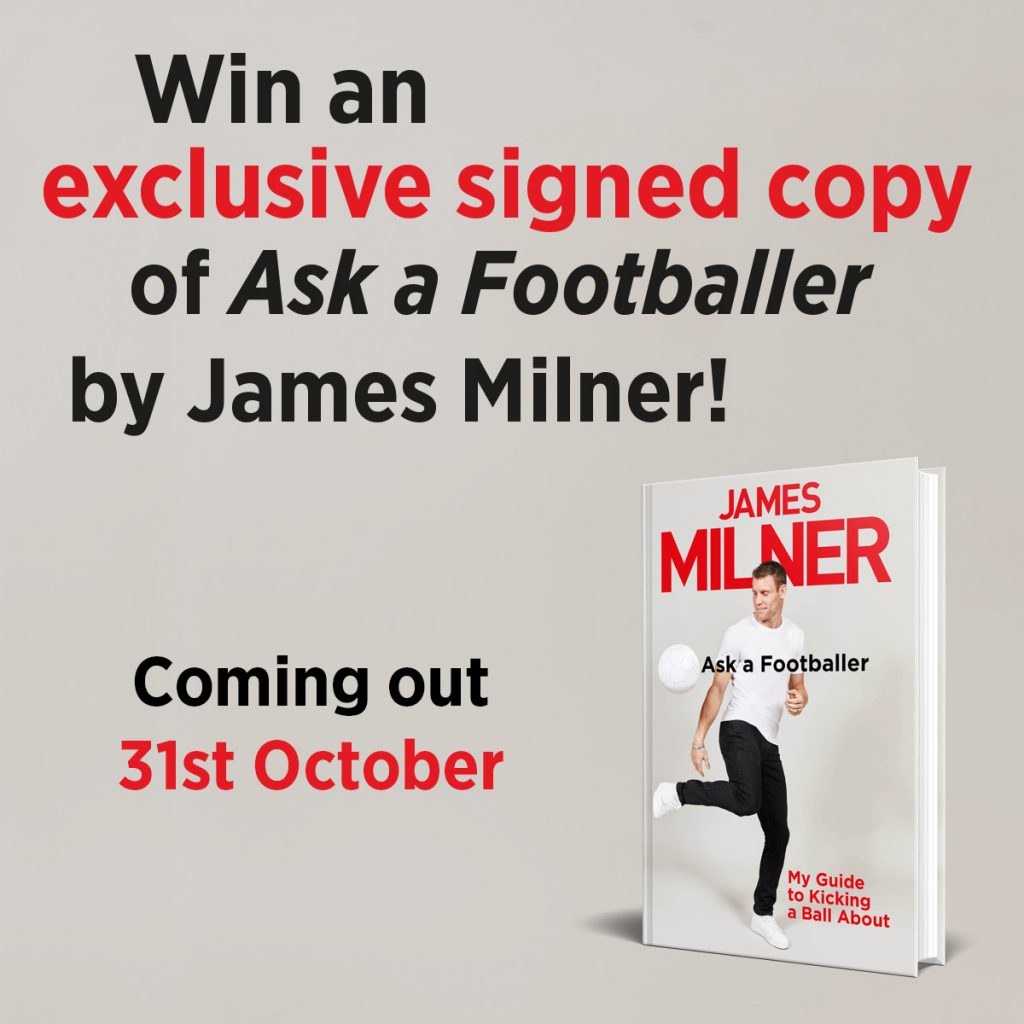 In the book, the versatile Anfield hero answers the fans’ burning questions about life as an elite footballer. Covering the pitch, dressing room and beyond, Milner dispatches his responses with all the authority that he demonstrates on the playing field.

Ask a Footballer published by Quercus Books is out now. Buy your copy at: https://www.quercusbooks.co.uk