How Vaping Differs from Smoking Cigarettes

What’s happening across the UK this week we hear you cry? Well, lots now you ask. We have some big boozy bashes for those looking to get their drink on. A chance to enjoy the finest in folk, a festival for lovers of VW’s and much more. You know the drill, here’s The Weekly EDIT.

The annual Film4 Summer Screen returns to Somerset House for a couple of weeks of fantastic film events. The pituresque courtyard will play hosts to screenings of new releases with a smattering of cult classics for audiences to enjoy. Pedro Almodóvar’s Pain and Glory kicks off proceedings with future highlights of Wild at Heart and The Matrix to look forward to. 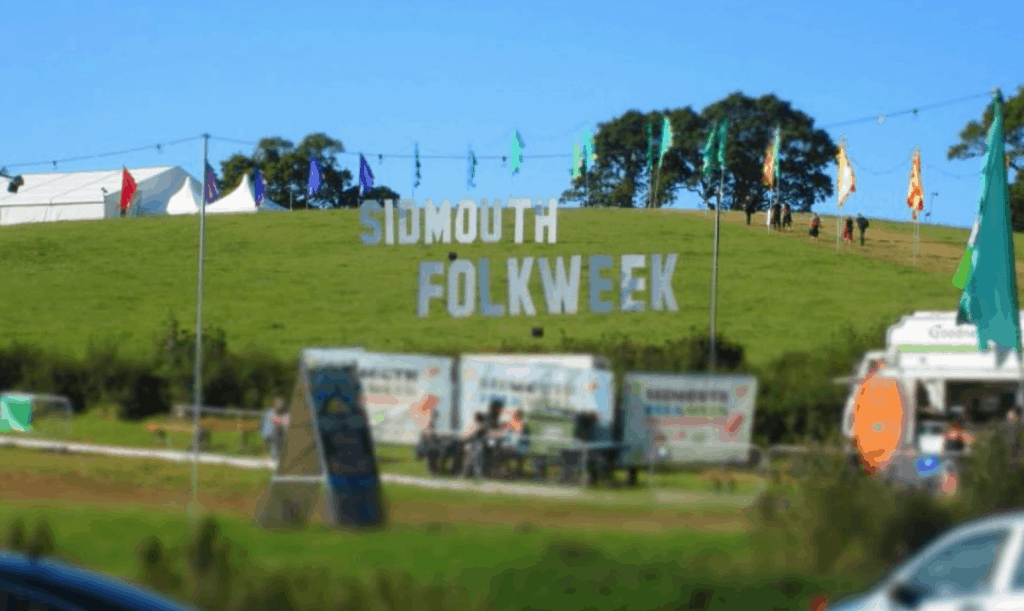 Britain’s oldest music festival (every year since 1955!) is an eight-day musical extravaganza, in the Devon local of Sidmouth. It sees established acts and emerging performers descend on the seaside setting for a celebration of all things folk. There are plenty of delights to find playing in every nook and cranny of the town, but performances from Lisa O’Neill and Flook and a solo acoustic set from Richard Thompson should be ones to watch. 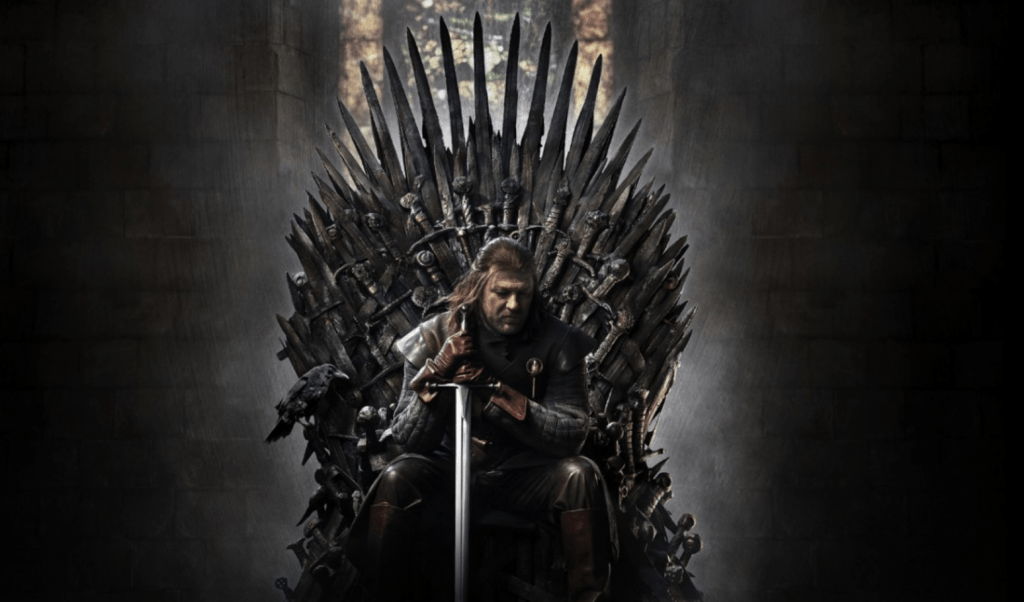 Game of Thrones fans will be salivating at this opportunity to get up close and personal with George RR Martin, globally bestselling author of the Song of Ice and Fire books, on which the beloved HBO series is based. This London event will see Martin discuss his latest book, Fire and Blood, set 300 years before the events of his previous books that acts as a definitive history of the Targaryens. Get in quick, tickets are selling fast. 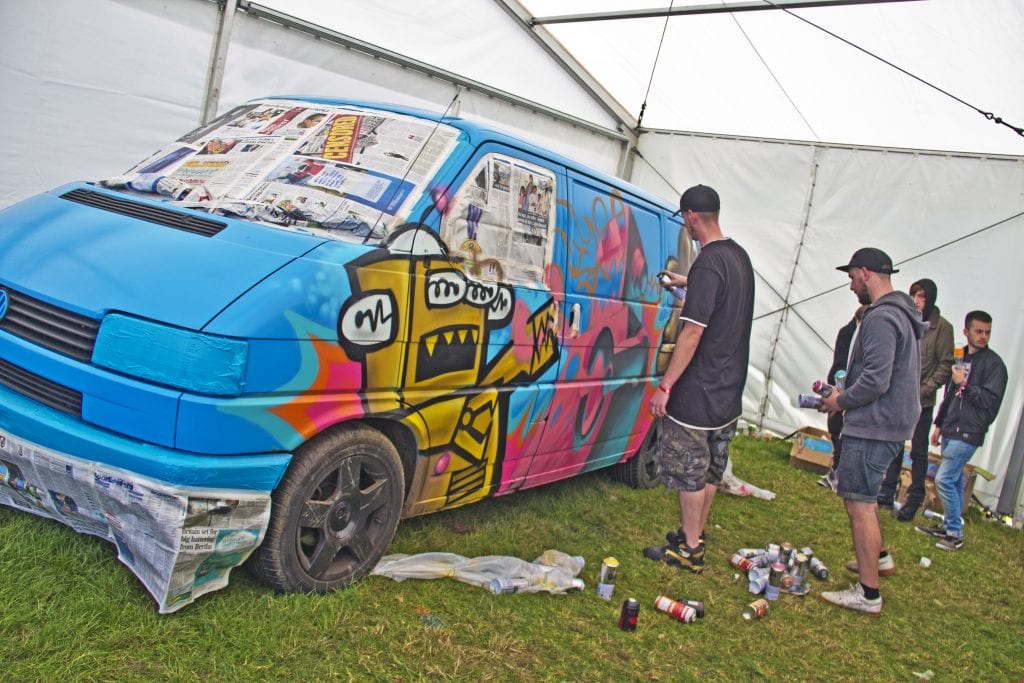 There’s a weekend of live entertainment and music as VWs of every shape size and colour come together for a laid back chilled out party vibe all within the salubrious surroundings of Harewood House in Leeds. Apart from being able to take in all the lovely VWs on show, you can peruse market stands and feed yourself with more food stalls than ever before. This year’s theme is ‘Movies’, so visitors can enjoy a cinema tent with car-related movies being shown all weekend. 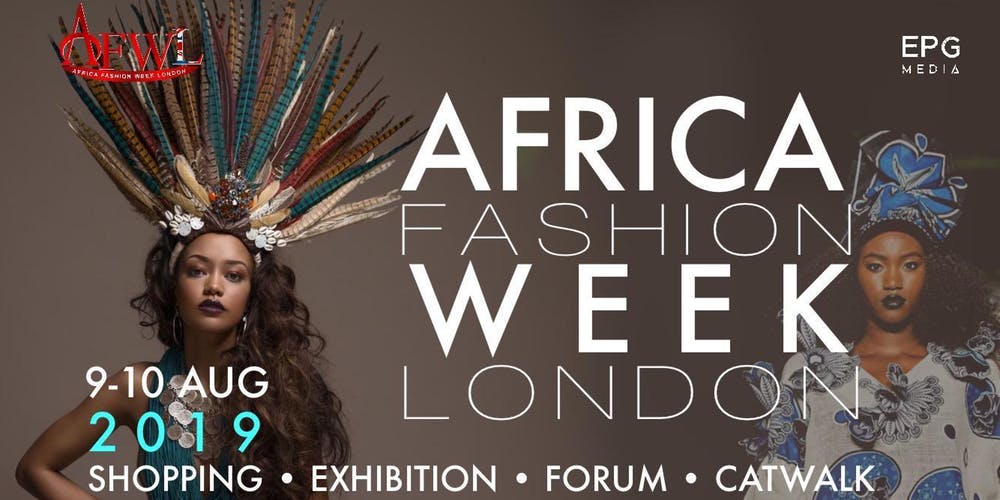 The Freemason’s Hall in London plays host to the largest and longest running, culturally diverse fashion and trade exhibition in Europe. Here more than 50 countries are represented with 30 of them being African. Visitors can enjoy catwalk shows aplenty (including a celeb one), the chance to visit an African Souk showcasing new and aspiring African fashion designers and
a business forum, offering guidance and advice to aspiring designers, with talks and panels from leading manufacturers & retailers.

This exhibition at the Sprüth Magers gallery in London looks back at an incredibly significant period in the shifting cultural landscape in Britain, from the evolution of punk, Thatcherism right through to the birth of Blairism. There’s plenty to enjoy from Karen Knorr and Olivier Richon’s photos of London punks to Peter Saville’s design for New Order’s seminal record, Blue Monday with additional works from ‘Young British Artists’ like Damien Hirst and Angus Fairhurst.

If you fancy five days of music and surfing on the Cornish coast then Boardmasters is the festival for you. Take in huge headliners like Wu-Tang and Florence + The Machine, or if you fancy more relaxing pursuits you can get involved in yoga sessions and wellbeing workshops.

Pioneering rappers Salt-N-Pepper have reunited again, this time without their DJ Spinderella. But that won’t stop them playing a ton of hits from ‘Push It’ to ‘Whatta Man’ when they pitch up at Indigo at the O2 this Friday. It’s 25 years since the Grammy-winning group released their critically acclaimed multi-platinum selling album, Hot, Cool & Vicious which featured the hit, ‘Push It’, but despite quarter of a decade passing some tracks simply don’t get old. Expect a night of non-stop music and nostalgia. 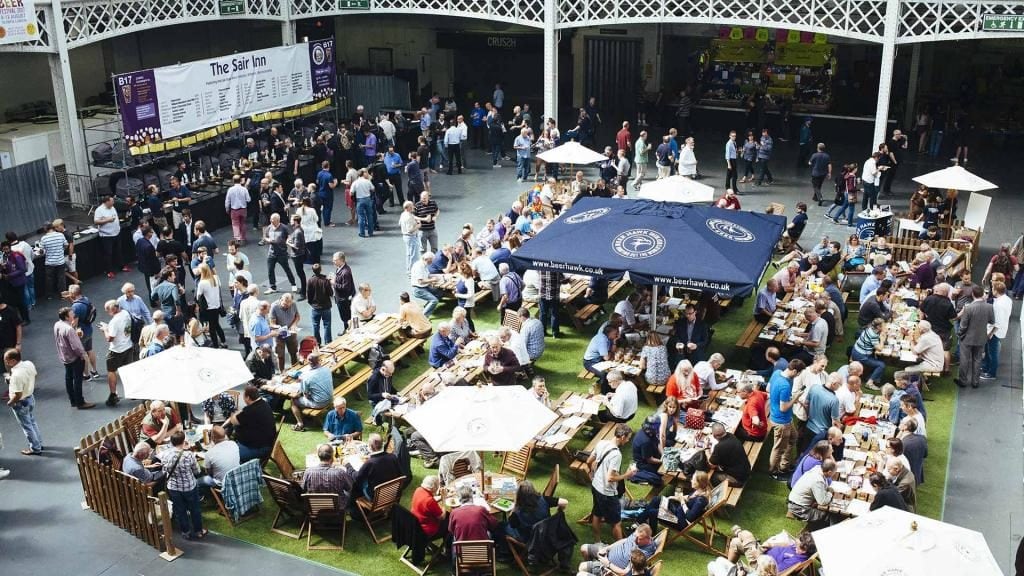 There’s the prospect of a very boozy summer week beginning with The Great British Beer Festival taking place at London Olympia. The good people at CAMRA have invited around 350 UK breweries to come along with their finest brews, which equates to about 1000 beers, ciders and perries. Along with live music, pub games and street food it’s set to be about as much fun as you can have with a cold one in your hand.

Gin Party at the Bombed out Church (Liverpool, 9th – 10th) 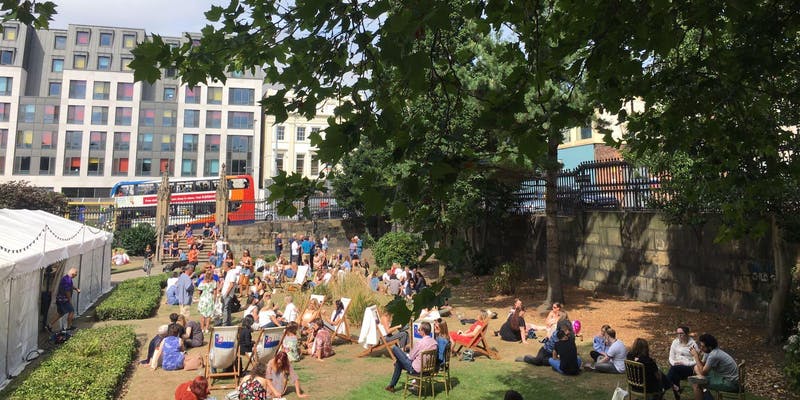 Liverpool’s iconic Bombed Out Church and its gardens are the venue for a third annual Gin Party. Here you can expect up to 25 different boutique gins plus live music, and a real party atmosphere. Food from local suppliers will also be available to soak up the booze.  All tickets include your entry, entertainment, souvenir glass and gin bible. 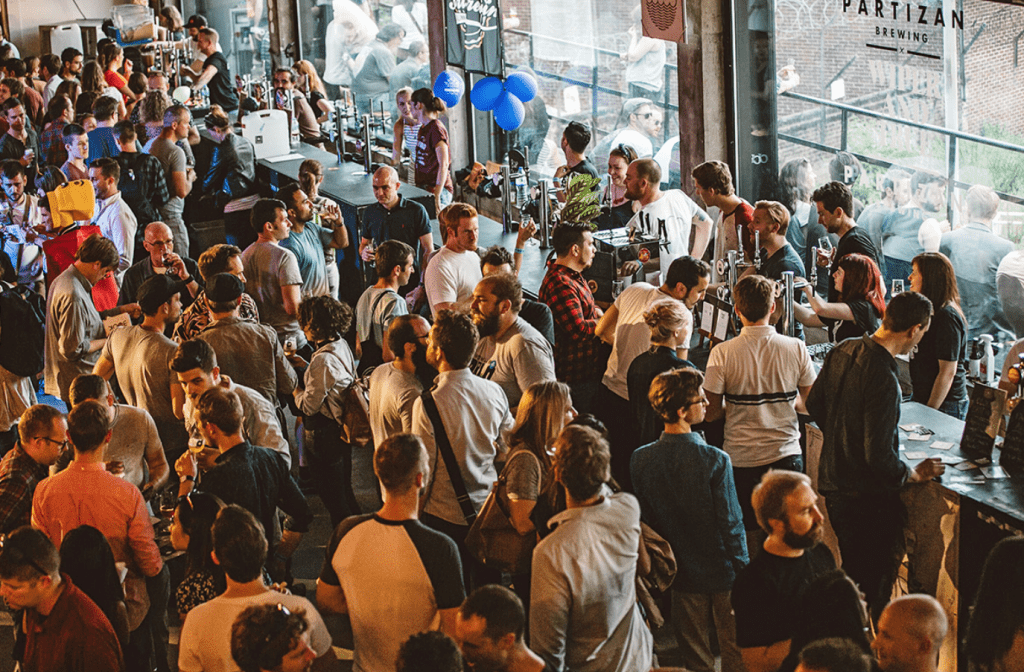 It’s the seventh outing for the London Craft Beer Festival, which will be taking place at Tobacco Dock. Expect to find around 500 different beers from over 80 breweries, and expect some top scran to accompany it from the capitals leading restaurants. There’ll also be a host of live music from DJ sets to bands and drunk people grabbing the mic. Sounds like the perfect weekend. 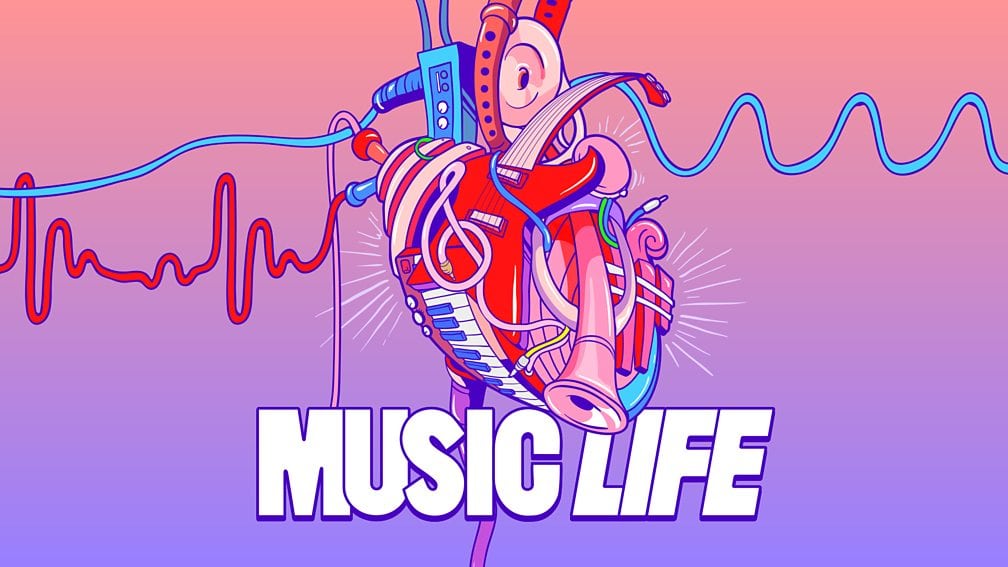 This new radio and podcast series takes us into the world of the creative. In the first episode (out now) musician John Grant hosts on the topic of success as he’s joined by special guests Guy Garvey (Elbow), Planningtorock (genderqueer electronic musician) and orchestral composer and violinist Fiona Brice (Placebo). Together they talk candidly about how success is connected to self-worth, embarrassing rookie errors on social media and anxiety and being yourself. 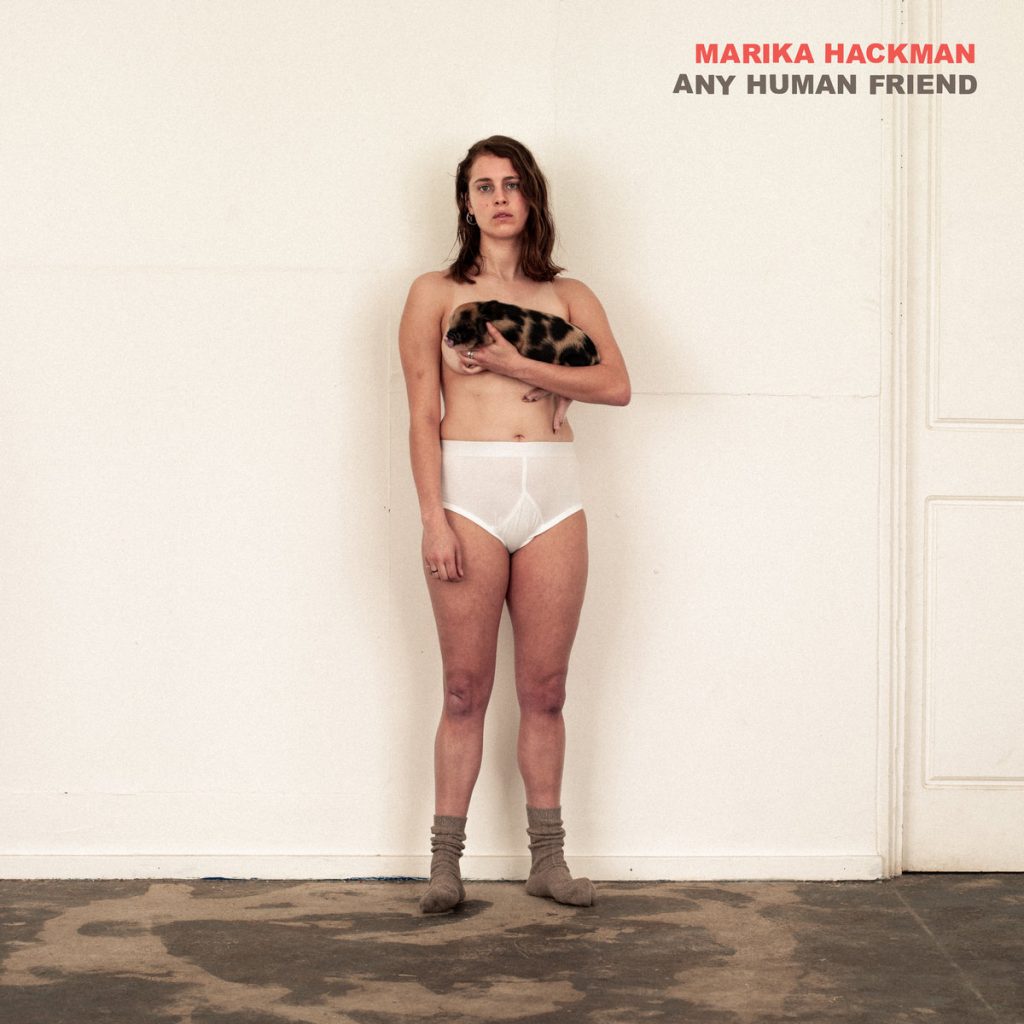 Singer-songwriter Marika Hackman has laid herself bare with her third album and we’re not just talking about the cover sleeve. It marks the current stage of her confident transformation from folky-popper to fearless, spiky guitared songstress, complete with raunchy and raw lyrics. Listen to the rather sassy single ‘The One‘ and see for yourself. This girl has definitely come of age.

The glorious ladies of wrestling are back for their third season and this year, they’re headed to Vegas. We can expect even more glitz and glamour in Sin City as the girls begin to struggle with their identities as lines between performance and reality blur. This comedy-drama has flown under the radar a bit, but the previous two series have been totally binge-worthy and hopes are high for this third installment.

As regular readers of The MALESTROM will be aware we’re partial to a bit of true-crime. The explosive new Amazon Prime docu-series (exec Produced by Jay-Z), documents the story of Philadelphia rapper Meek Mill’s 2017 arrest for probation violations. An investigation of his original case explores allegations of police corruption as Meek becomes the face of a powerful justice reform movement.

Blinded by the Light (Cinemas, 9th)

Bend it Like Beckham director Gurinder Chadha helms this uplifting comedy-drama based on Sarfraz Manzoor’s memoir, which traces his upbringing as a British teen of Pakistani descent in 1980s Luton. Amidst the racial and economic turmoil of the times, he writes poetry as a means to escape the intolerance of his hometown and his traditional father. But when a classmate introduces him to the working-class music of Bruce Springsteen his world is turned upside down, empowered by the boss’ lyrics.

This film looks at the Lord of the Rings author’s early life with Nicholas Hoult taking on the role of the man himself. It shows how in his formative years he found himself as an outcast and an orphan as he lands at a special school. Among his classmates Tolkien is able to find a select group that help him learn about true friendship. The relationships of Tolkien’s younger years go on to have a profound impact on the literary work that would ultimately make him one of history’s most revered authors.