Plenty of fun to be had in the early Autumn sun this week in the UK. There’s a marathon river race along the Thames, some top jazz from the next generation of artists and a boozy cider and music festival. You know the drill, it’s the Weekly EDIT. 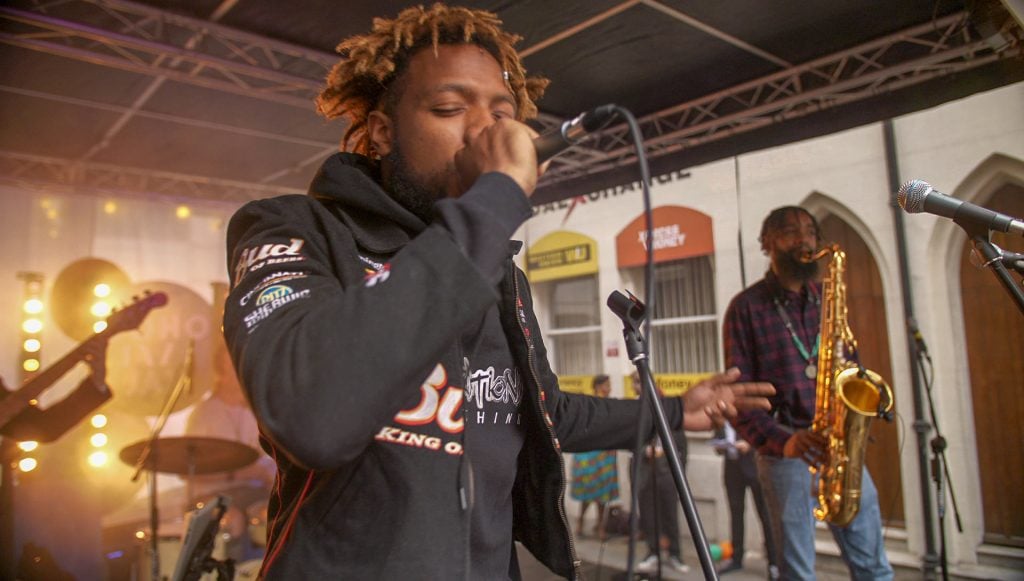 Jazz fans in the capital are going to be spoiled for choice this week. The inaugural Soho Jazz Week starting on Wednesday, organised by George Hudson, founder of the Soho.Live label, is a three-day festival celebrating a new generation of jazz artists in famous venues around the eclectic streets of Soho such as 100 Wardour Street and Ronnie Scott’s.

Highlights include the genre-bending Ashley Henry, Christian Brewer and the Andy Davies Quintet.

This is a festival that harks back to simpler times, giving you the chance of a digital detox, and the opportunity to find happiness and fulfillment through the like of craft and outdoor skills like foraging. This lovely festival was manifested from the beautiful brain of 6 Music presenter Cerys Matthews who we spoke with recently about this four-day utopia.

Set in North Wales The Good Life Experience features something for everyone with talks from fascinating figures, poetry, craft workshops and great music. There are no VIP sections or backstage areas, making the festival feel properly inclusive. 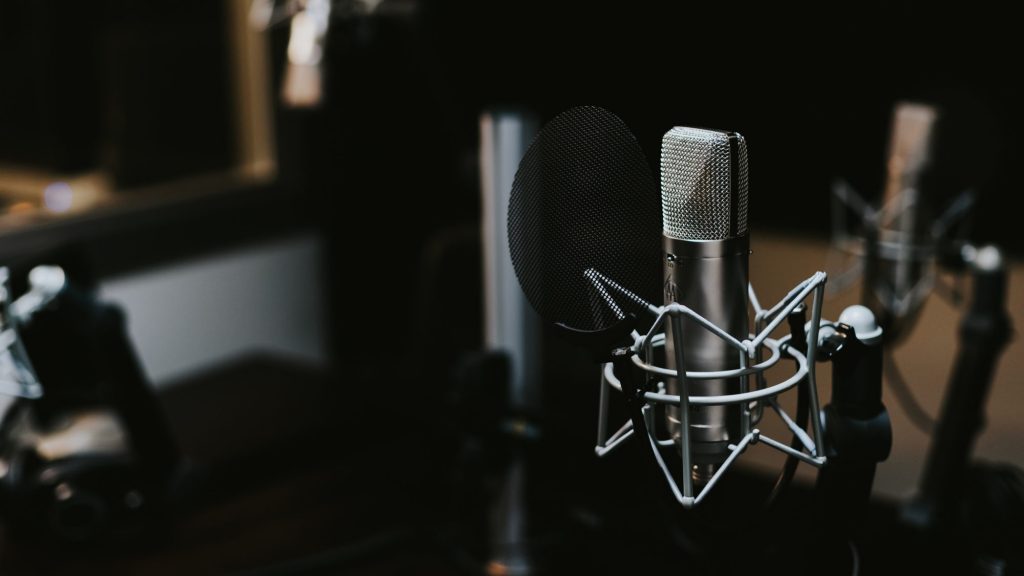 Back for its third year, the London Podcast Festival returns over two consecutive weekends this September. Here you’ll get to experience some of the best British and international casts as they happen live from Kings Place, with the chance to meet the stars of the shows themselves.

All tastes and genres will be catered for with big names like Adam Buxton, George the Poet, The Guilty Podcast among the performances not to be missed. 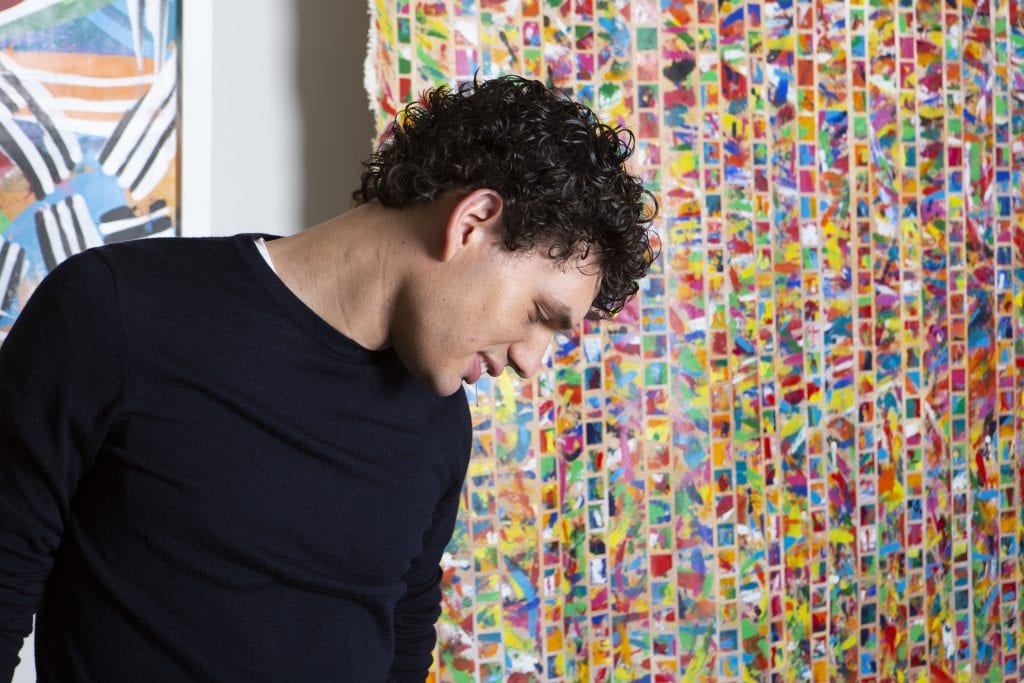 There’s a unique exhibition currently taking place in London’s Mayfair. Primarily due to the artist responsible for the colourful works on show. 23-year-old artist, Nicholas Kontaxis suffers from a brain tumour which he was diagnosed with at 15, intractable seizures, autism and developmental delay.

Nicholas is self-taught, creating large scale acrylics on canvas and has been commissioned by Coachella, Addidas and more. His work is being shown for the first time at 35 Baker Street. Nicholas’ family’s goal is to see his gigantic paintings hung in hospitals and in corporations around the world to encourage people to see the world a bit differently. 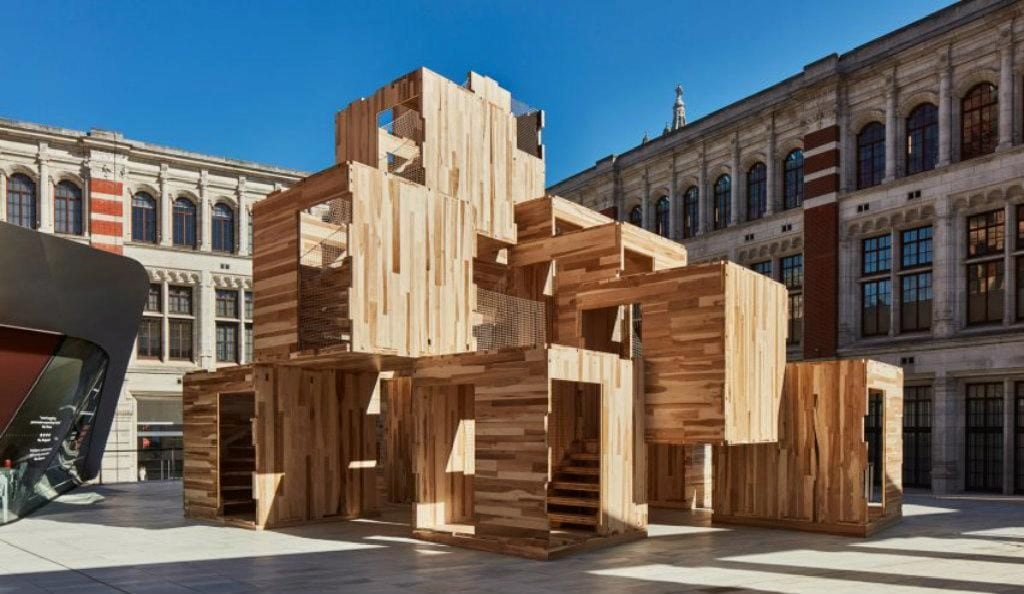 The London Design Festival returns in 2019 for its seventeenth year. This nine-day, multi-event, multi-venue festival takes place across the capital celebrating design old and new. Eleven ‘Design Districts’ and one ‘Design Route’ will offer their own line-up of events and exhibits which showcase local artists and creative industries with the V&A as ever acting as the festival’s hub, with a range of special displays and installations across the museum.

On the 100th anniversary of Peterloo, where Manchester’s great and good fought for equality & social justice, this new ‘Libertalia’ exhibition created by an artist collective led by Alexis K Johnson & Maria Isabel Lagos at Manchester’s Central Library, aims to weave tales of ‘liberty’ guardians and launch a new manifesto to help set ourselves free.

Libertalia was a city founded by Madagascan pirates in the 17th century who acted as vigilant guardians of the people’s rights and freedoms. They used their pirate gold to liberate the people and create a place where all were equal. Sounds like our kind of city. 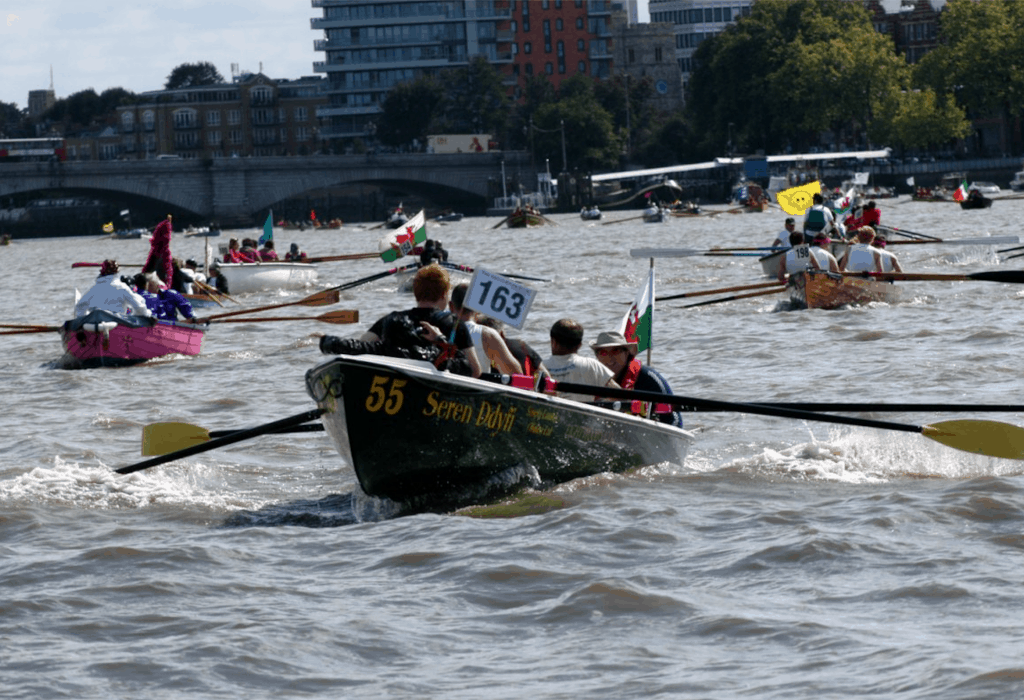 Saturday sees an impressive flotilla of 330 crews from around the world competing against each other as they attempt to become the UK’s Traditional Boat Champions.

This sea hardy lot will row the exhausting 21.6-mile Great River Race up the River Thames from Docklands to Ham in Surrey, in all types of vessels from Viking longboats to Hawaiian war canoes. Running since 1988 the event is always a colourful spectacle, you could say it’s oar-inspiring. 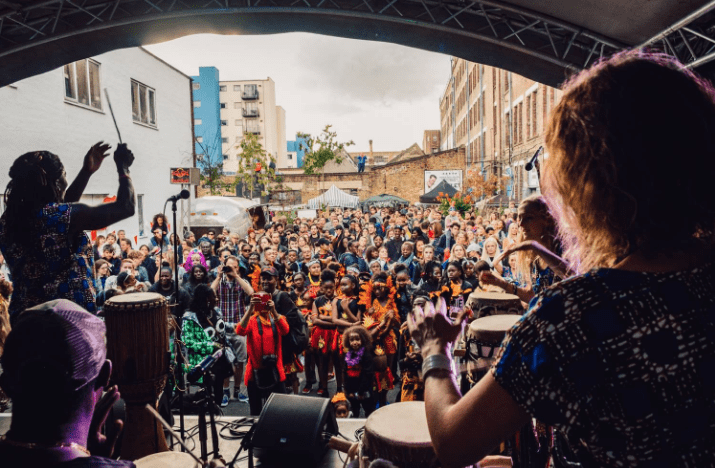 We’re quite partial to a free festival as readers will well know, and the charming Peckham Festival is just that. Over three days the creative spectrum of SE15 will be celebrated with a whole host of goings-on. There’ll be art workshops of all kinds, Made in Peckham Open Studios to have a nosey at artists at work, guided walks, and great musical performances at Super Unison Rehearsal Studios.

There’s even a pedal-powered film screening of Bohemian Rhapsody by Electric Pedals at Copeland Park. What more could you ask for? 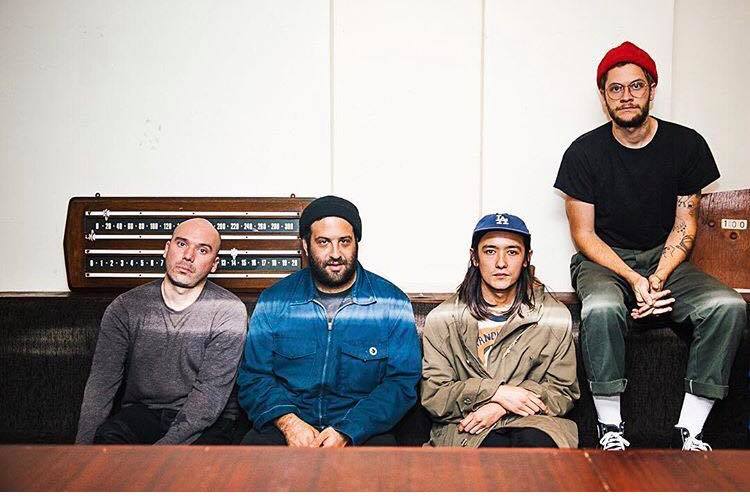 This LA trio have been riding something of a wave since the release of their new album Duress (named after actor Buddy Duress). The laid back guitars and sun-tinged vocals make for a fun sonic journey. The band started as a bit of a joke with members having little idea how to even play their instruments but with the release of this LP no one’s laughing now, apart from in the places they’re meant to.

Check out their single Laurel HERE, and catch them in Liverpool, Glasgow, Birmingham and London this week. 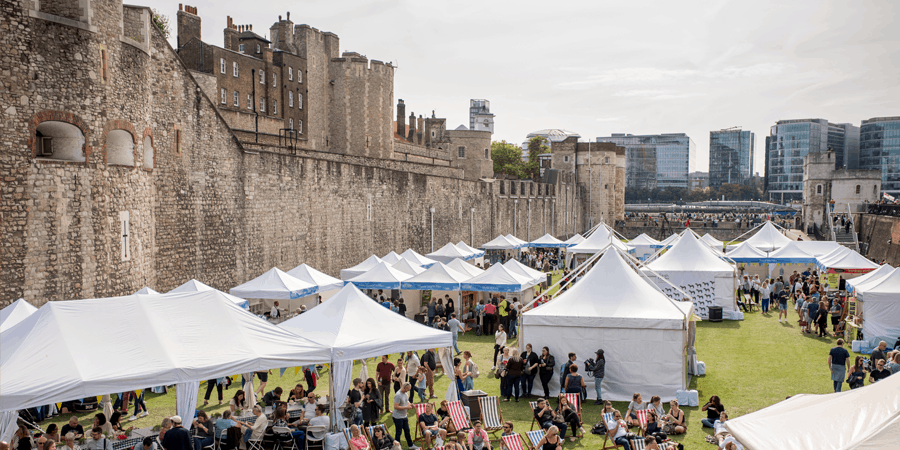 The historic grounds of The Tower of London is the site for foodies to flock to this weekend. There will be a host of food and drink stalls from artisan producers such as Mac to the Future, Doughnut Time and Bubble Bros.

Visitors also have the chance to watch cooking demos by celebrity chefs like Jose Pizarro and Emily Roux. Tickets to the festival include admission to the Tower of London. 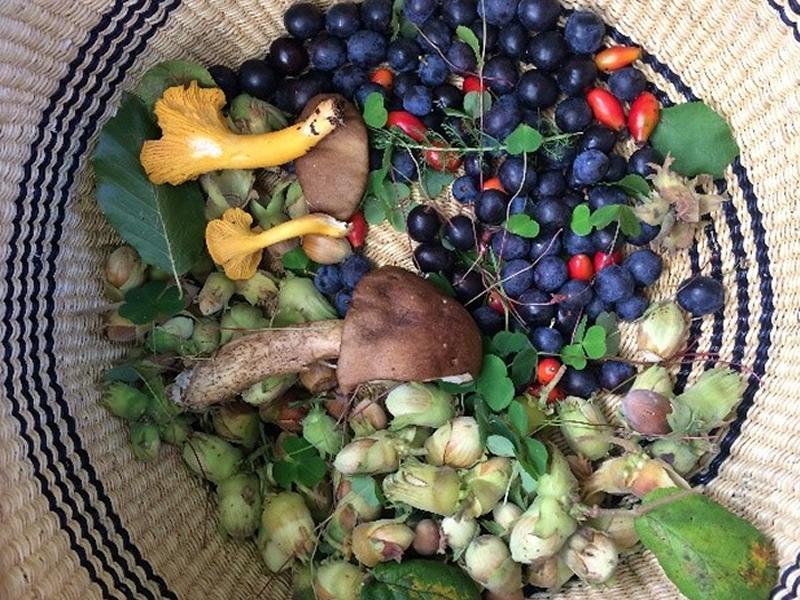 There’s a brand new food festival up near Loch Lomond that’s set to be a truly wild experience. From foraging with experts and learning all about the fruits of the forest to fire lighting workshops and chocolate tasting sessions. Top class grub will be prepared using all those foraged goods by Buck & Birch and Monachyle Mhor all taking place in some suitably spectacular surroundings. 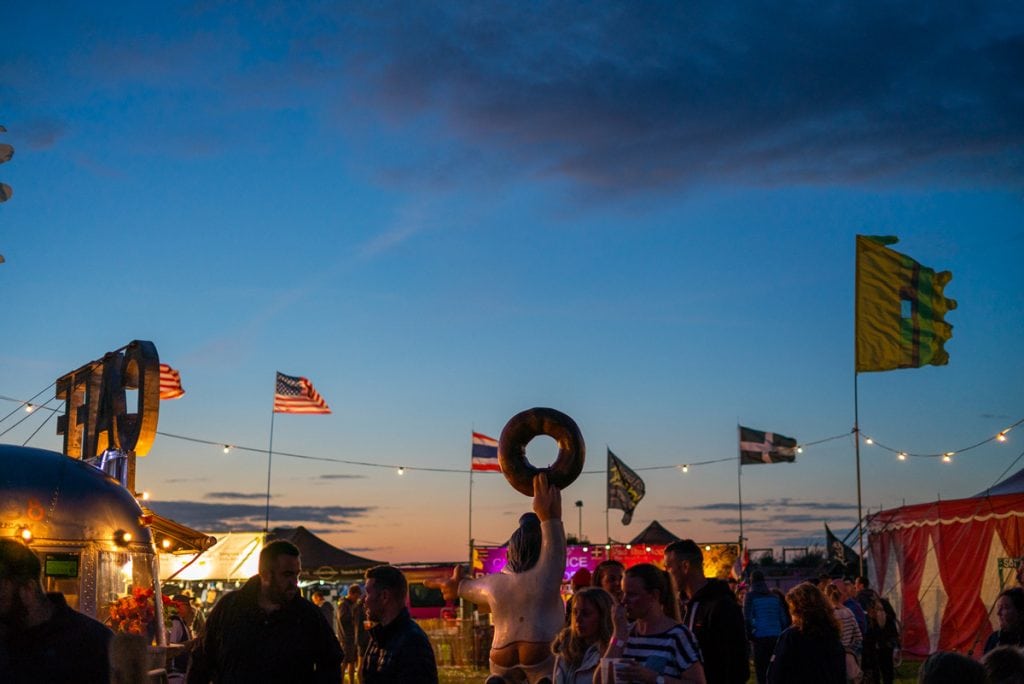 There’s a proper Cornish shindig coming up as punters get ready to gather at Healey’s Cider Farm near Truro for a boozy weekend. Expect live music from reliable festival stalwarts such as The Zutons and 90s rockers Reef, plenty of cider tasting sessions and secret cider walks, with a huge range of delicious ciders from across the UK to buy.

Add in a groovy silent disco a BBC Introducing stage, camping and glamping and you’re ready to go. 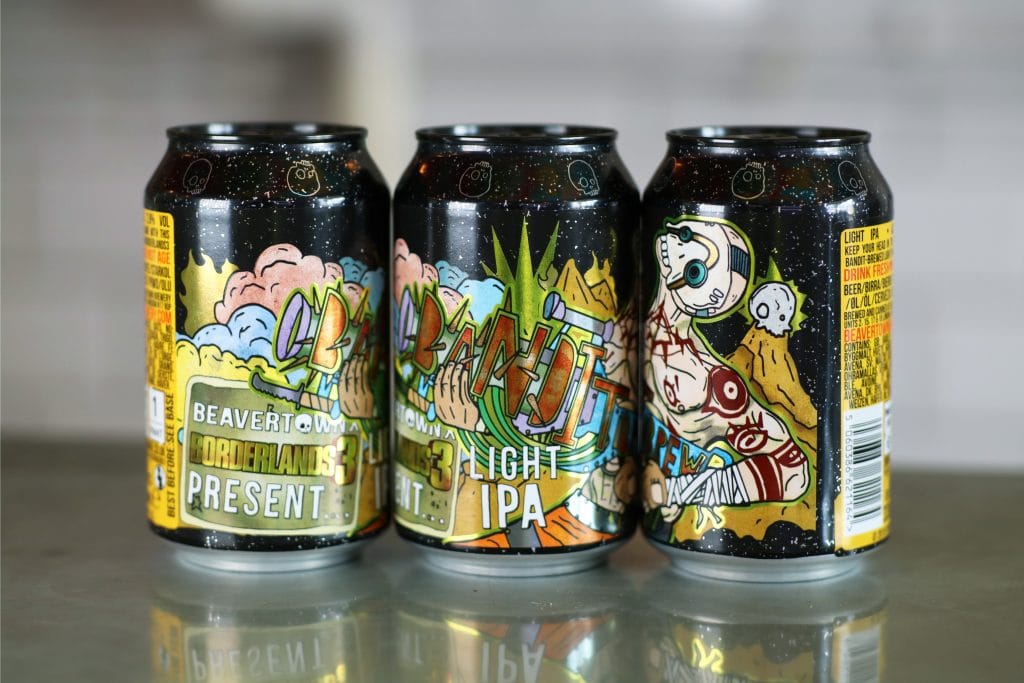 If you’re a gamer who likes their booze then this collab brew might be for you. Videogame publisher 2K has announced a partnership with London-based craft brewery Beavertown in celebration of upcoming game Borderlands 3, in brewing a new, customised beer. ‘Bandit Brew’, is a 2.8% light IPA with a dry, bitter finish means you can quaff a few and still keep focused on your gaming.

The special, limited edition brew comes in its own full metal jacket that airlifts Borderlands’ iconic Psycho Bandit into the artistic world of Beavertown. Bandit Brew and Borderlands are both available to buy from the 13th. 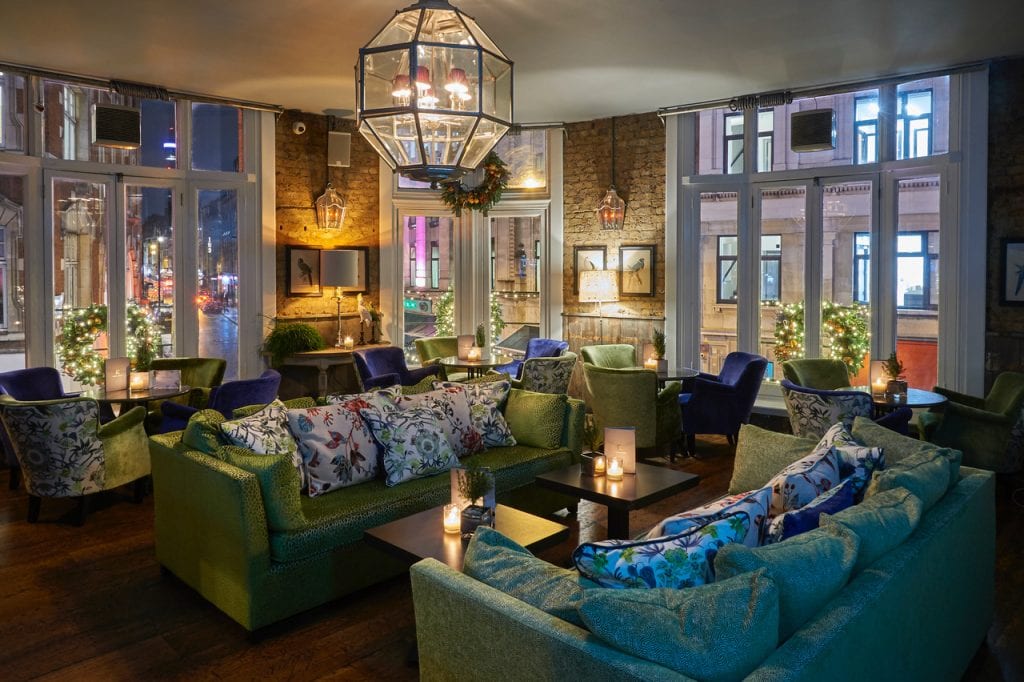 This iconic Soho venue has been utterly transformed with a recent £1m restoration and it’s the ideal elegant place to head for a classy late-night cocktail. Spread across three floors of the 126 year old Roundhouse building, the ritzy space offers a Botanical Bar with art deco style, late-night party space Festival Club and the decadent Cocktail Lounge, all with snug sofas and lovely plants that make it a home from home (or at least we wished it looked like our home).

The venue is open until 3am Monday to Saturday and 12.30am on Sundays. So plenty of time to soak in the atmosphere and some quality booze. 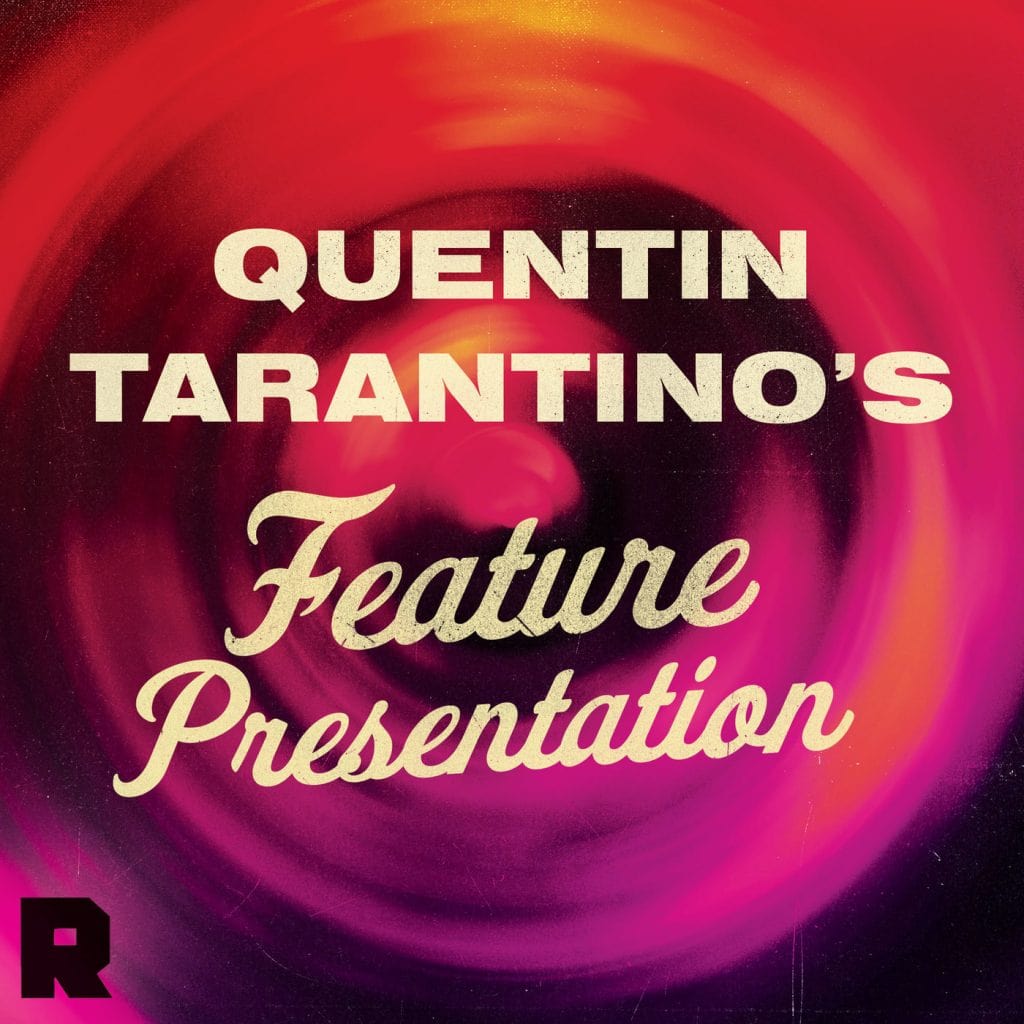 Love him or loathe him, it can’t be argued that Quentin Tarantino is a fascinating figure who knows his film. This three-part podcast sees Tarantino sit down with critic and podcaster Amy Nicholson to talk about the films that the young Quentin obsessed over and nicked ideas wholesale from. The first episode ‘Young Quentin Goes To The Movies’, looks at the influence the Lee Marvin starring thriller Point Blank had on Reservoir Dogs. Later episodes look at the likes of Enter The Dragon and Boogie Nights. 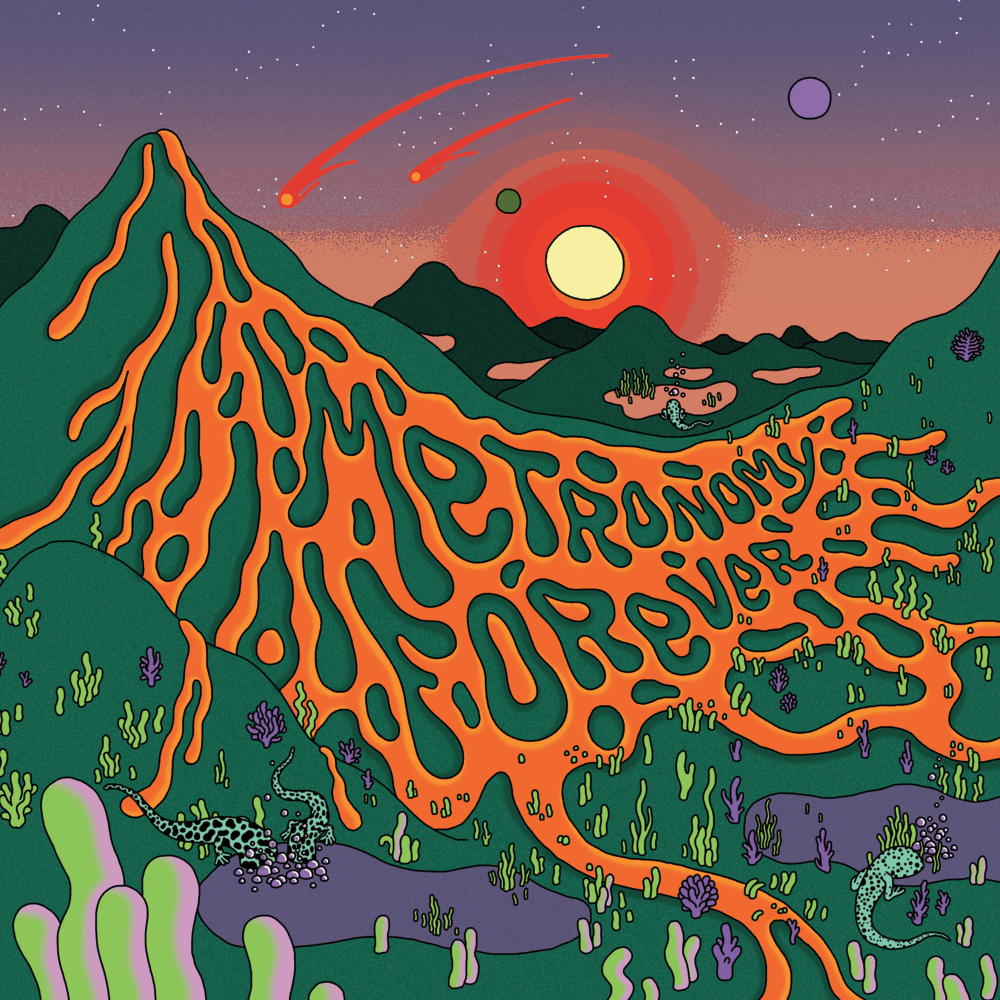 Metronomy’s 17-song epic new double album is the kind of experimental poppy paradise that their fans will love. The record came together after frontman Joseph Mount relocated from the UK countryside to Paris and reflects his life change and Metronomy’s career so far. Check out their stupidly catchy single ‘Salted Caramel Ice Cream‘ and try and get it out of your head by Christmas time. 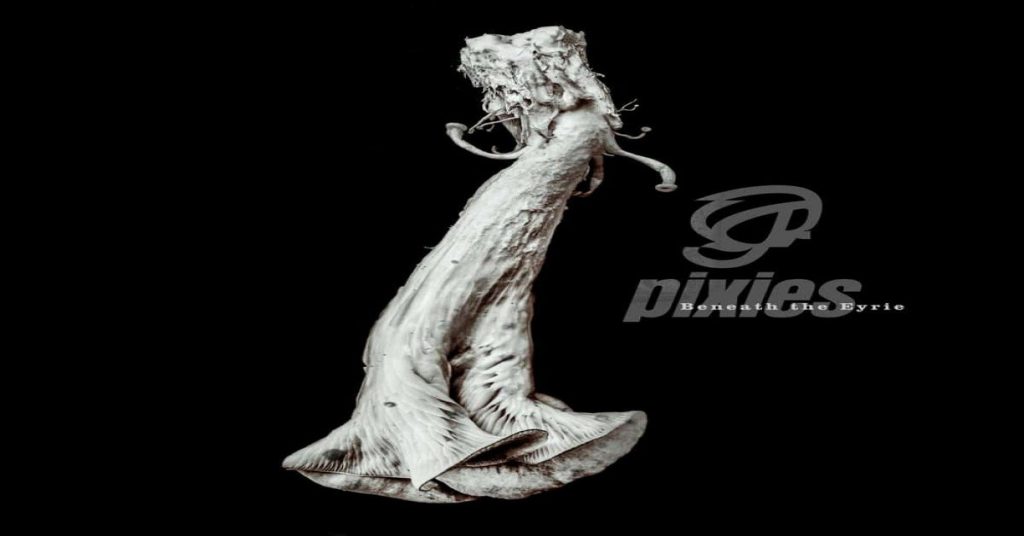 Alt-rock legends Pixies are back with a seventh full-length album and the band have gone full goth with this one. Largely in part to the fact sessions for the album took place at Dreamland Recordings near Woodstock in Winter. By all accounts, it was a bit of a spooky place to record and the vibe has spilled over heavily into the tracks which are darker than general Pixies fare. The band also documented every minute of the process, which makes up a very listenable 12-part podcast.

After years off our screens, Channel 4s East London set drama has come to Netflix for a new run thanks to rapper turned producer Drake. Former MALESTROM interviewee Ashley Walters reprises his role as drug dealer Dushane and there are some new names on the cast list, not least the brilliant UK rapper Little Simz. Here Dushane teams up with former partner and sometime rival Sully who are faced with some serious competition from new kid on the block Jamie (Micheal Ward).

One of Netflix’s most fun cooking chows returns in the shape of The Chef Show, a reality TV project from actor turned director Jon Favreau and chef Roy Choi, that sees the friends head around the States cooking up a storm. Among the guests dropping in to try their hands at cooking are funnyman Seth Rogen who gets stumped when tasked with making a pork sauce. The show is about as bingeable as the delicious food on display. Devour it from Friday.

This comedy-drama is based on a 2015 magazine article about a group of savvy strippers fleecing their wealthy Wall Street clientele. The plot sees a glam girl gang, very capably led by Jennifer Lopez who looking to make some dough to make ends meet after the 2008 financial crisis decide to scam the Wall Street bankers who created the mess in the first place. Slick, sassy with a whip-smart script, Hustlers is a must-see. 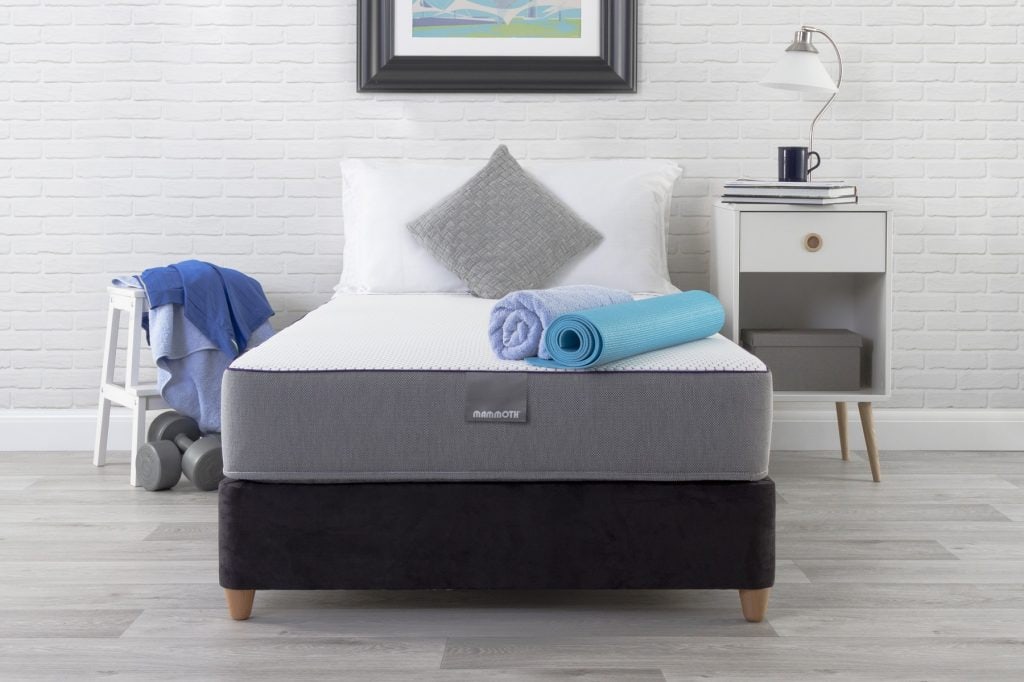 Are you ready to wake up with Mammoth? A super comfy Mammoth Wake® mattress could be yours.

The MALESTROM has teamed up with Mammoth, experts in sleep, health and wellbeing, to offer one lucky winner the chance to win a stylish Wake® mattress – worth up to £549.

Mammoth’s all-new Wake® collection is currently available exclusively at Argos and designed with healthcare in mind, to relieve pressure and ease aches and pains.

Beautifully simple – every Wake® mattress contains Mammoth’s naturally cooling Medical Grade™ foam – scientifically tested and shown to improve sleep, so it won’t overheat and neither will you.

Every day gets off to a great start when you’ve had a Mammoth night’s sleep Mammoth is a leading expert in health and wellbeing with a vision to help as many people as possible, across all ages and demographics, become the best version of themselves for longer.

For more than 10 years, Mammoth has been helping people ease their aches and pains and enjoy more good nights and more great days. Partnered with the Chartered Society of Physiotherapy, Mammoth’s leading sleep and comfort technologies are recommended by health professionals.

Mammoth is the ‘go-to’ brand for improving health and wellbeing through sleep, and enjoys exclusive partnerships with Tottenham Hotspur, the Rugby Players’ Association, British Athletes Commission and the Professional Cricketers’ Association.

A Mammoth mattress really can do you good!

To find out more about Wake® visit: www.argos.co.uk/brands/mammoth

For your chance to win a fantastic Mammoth Wake® mattress, simply visit our GLEAM page & follow the instructions: