Some of the best things about summer are beach holidays, BBQs and of course booze. And booze our friends is big business. There’s never been such a varied choice of drinks on the market, so to help you navigate those stuffed supermarket aisles and select the perfect libation for every situation we’ve put together a roundup of the best in summer booze. Chin-chin. 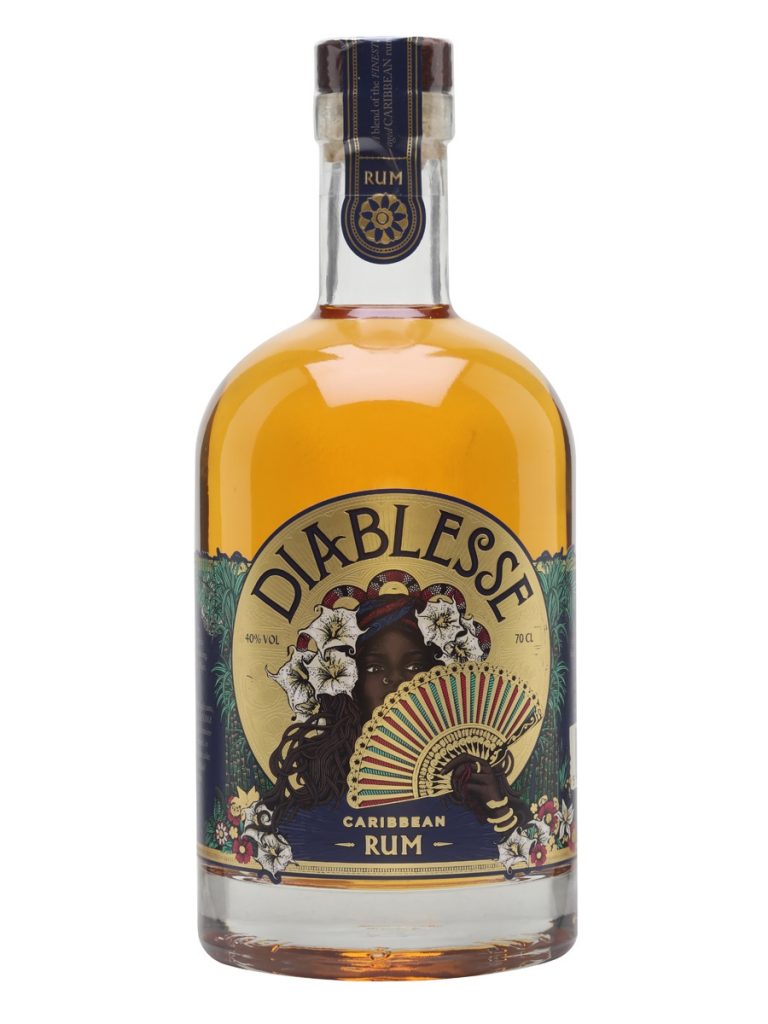 Diablesse Carribean Rum is a blend of three different liquids: an eight-year-old Bajan rum from Foursquare Distillery; a four-year-old Jamaican copper pot still rum from Worthy Park distillery; and a two-year-old Guyanese rum, distilled in the 19th-century wooden Enmore pot still at the Diamond Distillery – the only still of its kind in operation today. And it’s worth all that effort, making the spirit beautifully moreish with notes of chargrilled pineapple and butterscotch and a warm peppery finish.

Best for: Making the best Mai Tai cocktails this side of the South Pacific. 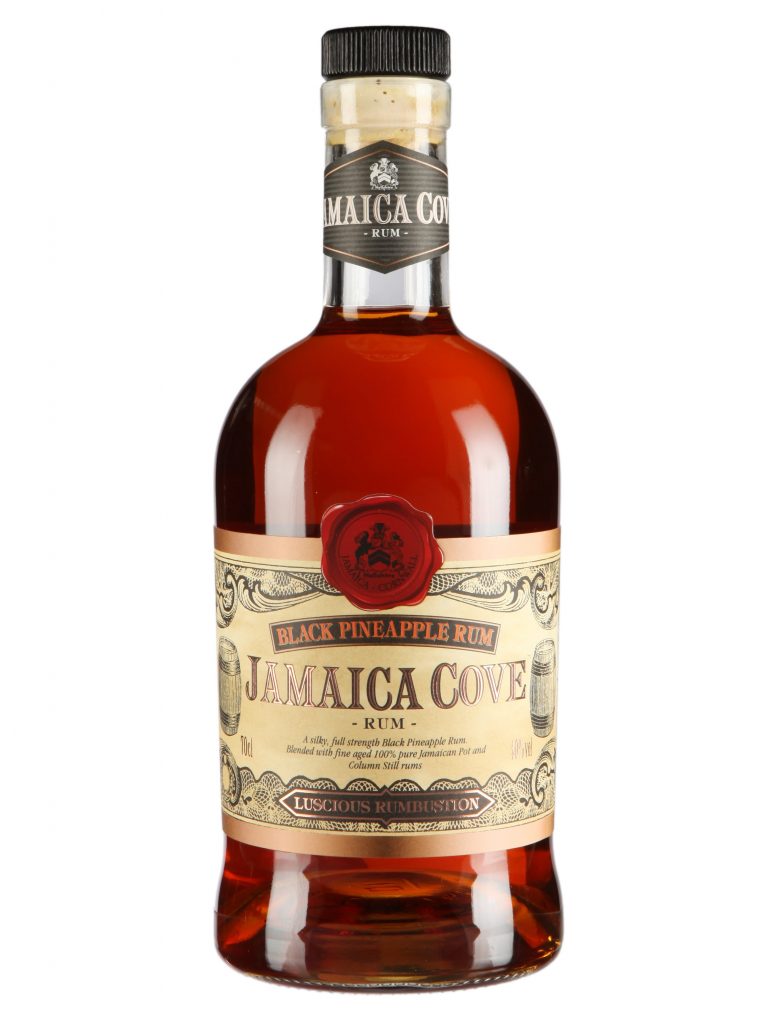 Jamaica Cove takes its name from the caves and coves dotted around the Cornish Coast of Southern England that smugglers used to hide their booty of rum from British Colonies such as Jamaica. And if it was as good as this stuff, you can see why they hid it! Made with a blend of Jamaican rums distilled in both pot stills and column still, laced with the tropical fruit, then aged for three years the resulting spirit is a bounty of pineapple tastiness. You won’t be disappointed.

Best for: Aspiring pirates with a fruity side. 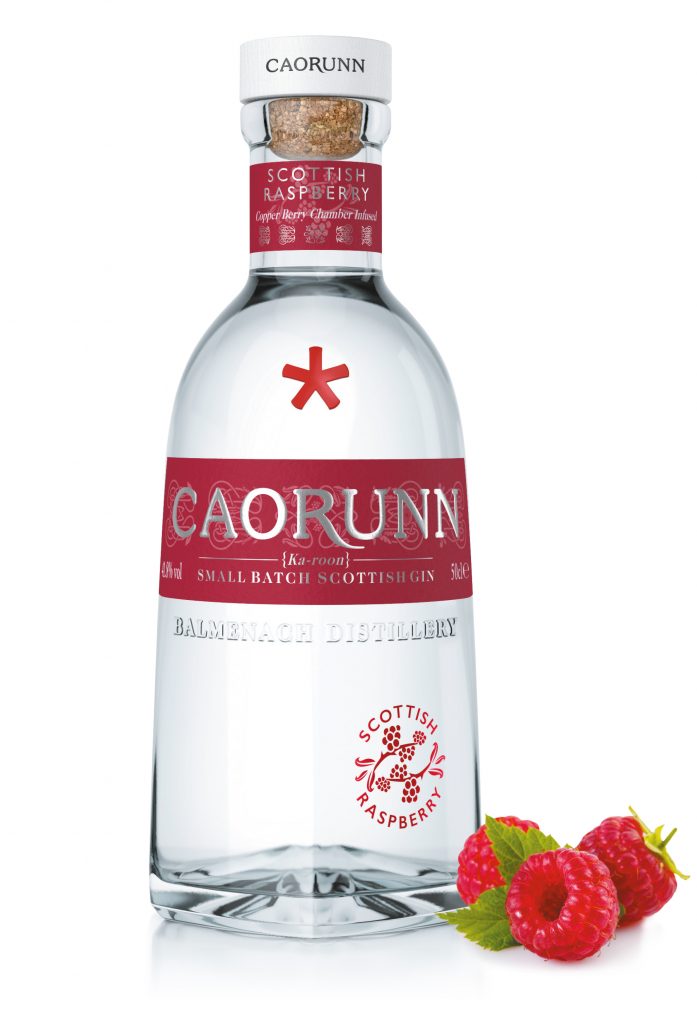 To mark their 10-year-anniversary, Caorunn has launched their first flavoured gin, and it’s fantastic. The Caorunn Scottish Raspberry is handcrafted at Balmenach Distillery in the Scottish Highlands in small batches of 1,000 litres at a time. The spirit’s distinctive aromatic flavour is created by infusing five locally foraged Celtic botanicals and six traditional gin botanicals in their Copper Berry Chamber, with the addition of Perthshire raspberries. Summer booze at it’s best.

Best for: The perfect tipple for Wimbledon fortnight (and the other 50 weeks of the year come to think of it). 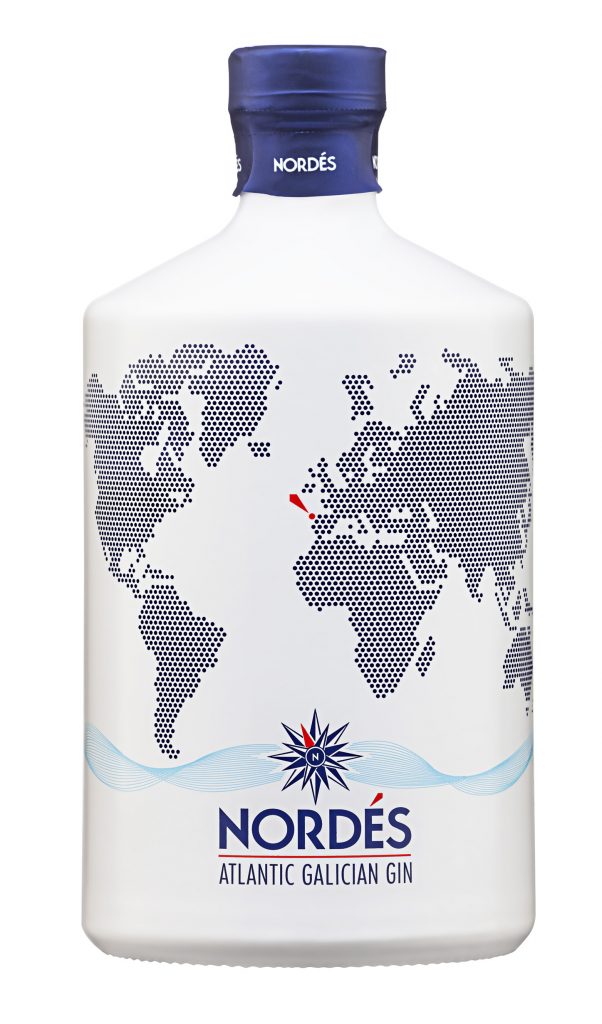 Nordés gin is a rather special export from Galicia, Spain. It’s created using the white Albariño grape and local botanicals such as sage, laurel and samphire. With the market flooded with premium gins, it’s hard to ascertain exactly which ones are worth our hard-earned cash. Let’s just say Nordes very much is. Bonus points for the rather striking white bottle inspired by traditional Sargadelos ceramics, which have been produced in Galicia for centuries.

Best for: The most refreshing G&Ts. It’s 5 o’clock somewhere. 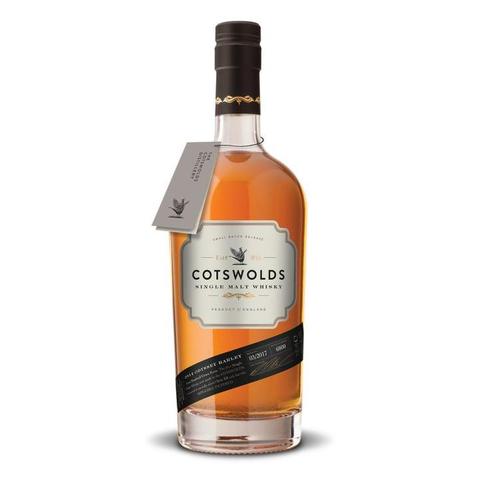 The Cotswolds Distillery Single Malt is the first ever whisky to be created in the rather lovely Cotswolds, created using only barley from the area. It’s made by being matured in a combination of first-fill ex-Bourbon barrels and toasted and re-charred red wine casks. It’s rich and fruity with a taste of peaches and orange peel with notes of honey and butterscotch. Smooth and rounded this one is a bit of class in a bottle.

Best for: Having a wee nip around the campfire. 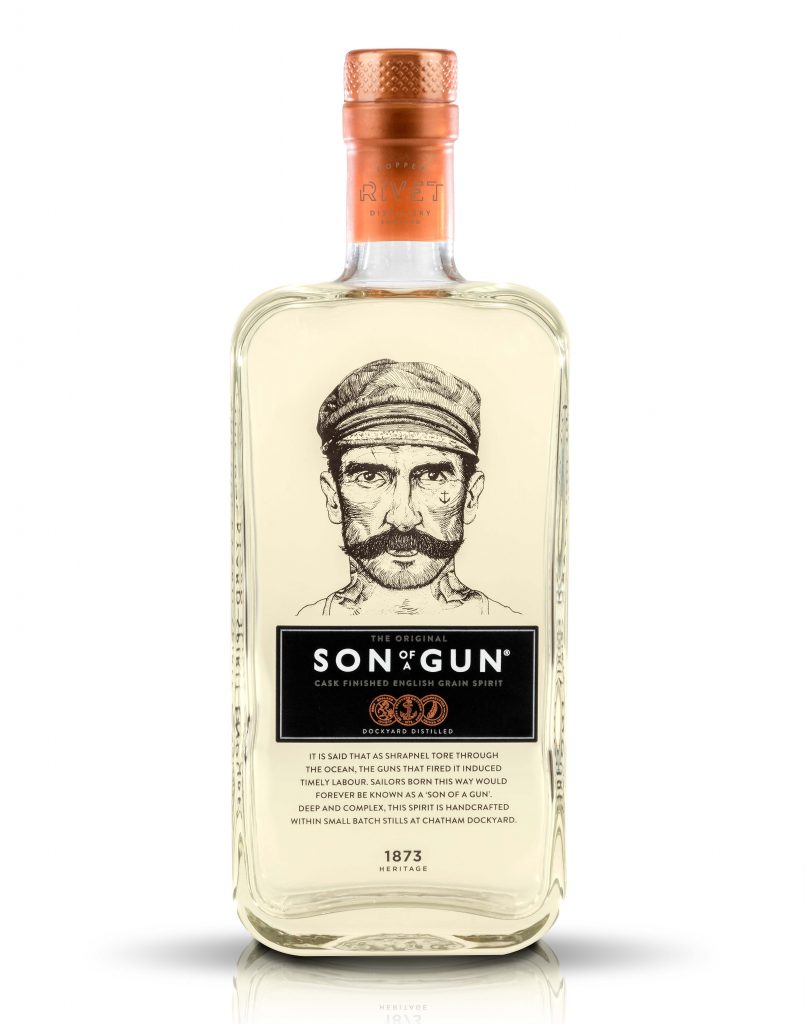 Son of a Gun may not look like your typical whisky, and that’s because it’s not. Named after boys born to women who accompanied the navy to sea, Son of a Gun is a new-make whisky aged for 8 weeks in once-used Bourbon barrels. It’s charcoal filtered to give it an almost clear look, with just a faint fleck of brown. This English grain whisky has a unique flavour of vanilla and honey, being much fruitier than similar spirits due to its long fermentation. It tastes as good as it looks.

Best for: Whisky cocktails and cards. 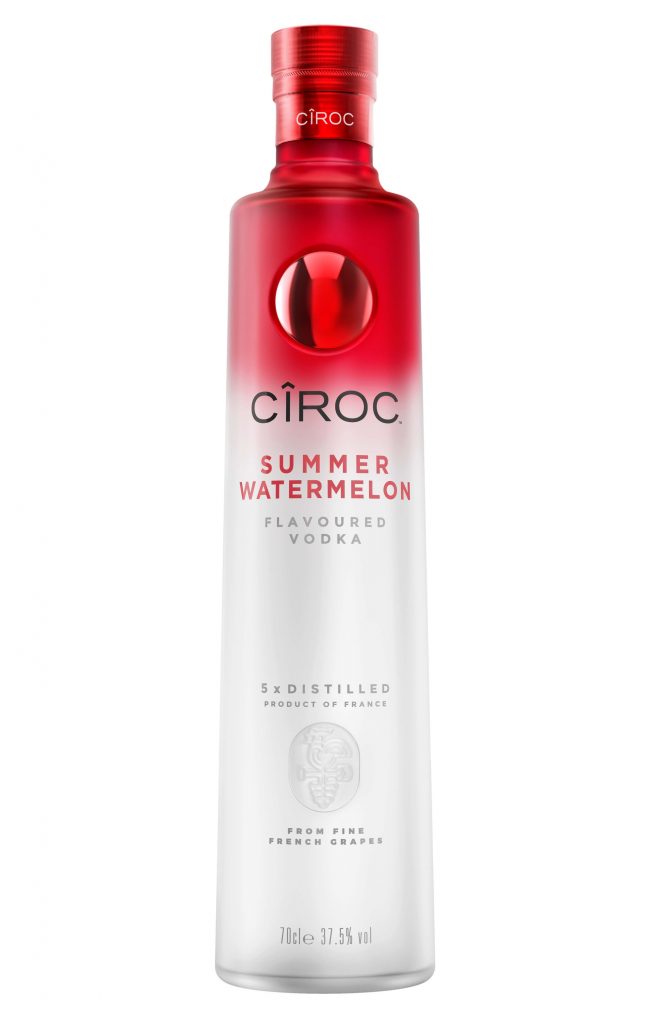 CÎROC Summer Watermelon is a new limited-edition spirit by those good people at CÎROC vodka. It’s distilled five times to ensure the highest quality, the vodka is then imbued with the delicate and natural flavours of watermelon to create this seriously tasty spirit. And it’s surprisingly refreshing because of that delicate watermelon (one of 2019’s coolest flavour trends) and carries with it a sweetness and zest that leads to a smooth finish.

Best for: The classiest summer spritz on a red hot day. 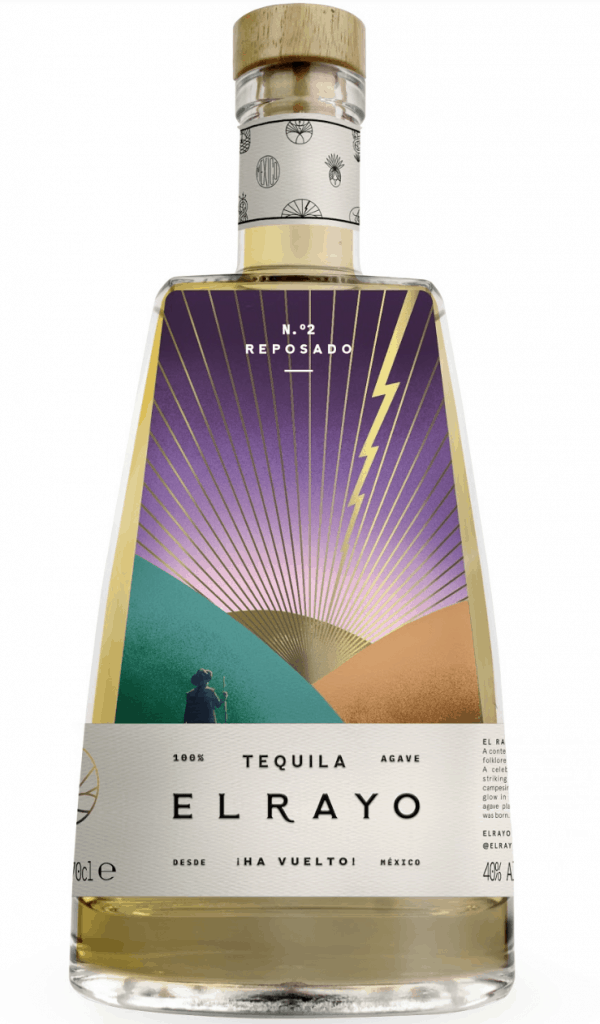 El Rayo is the brainchild of childhood friends Tom Bishop and Jack Vereker who became obsessed with the merits of the spirit after a trip to Mexico. It’s a contemporary, premium, 100% agave tequila distilled using a unique blend of highland and lowland agave. The blend is roasted for 12 hours before being shredded and crushed to release its juices which are then twice distilled in 105-year-old copper stills. The Aged No.2 Reposado is then softened over seven months in oak whisky barrels to bring out sweet notes of silky caramel, and nutty almond. A very welcome addition to the tequila crowd.

The rather unique Cazcabel Tequila is created in an independent micro-distillery in the town of Arandas, located in the highlands of the Jalisco mountains in Mexico. The spirit is crafted from locally sourced, blue weber agave grown for around 7 years before harvesting. The twist here is Cazcabel is blended with roasted coffee, giving the drinker a hit of luxury espresso with their tequila. A wake-up call for all fans of tequila.

Best for: Lovers of an Espresso Martini. 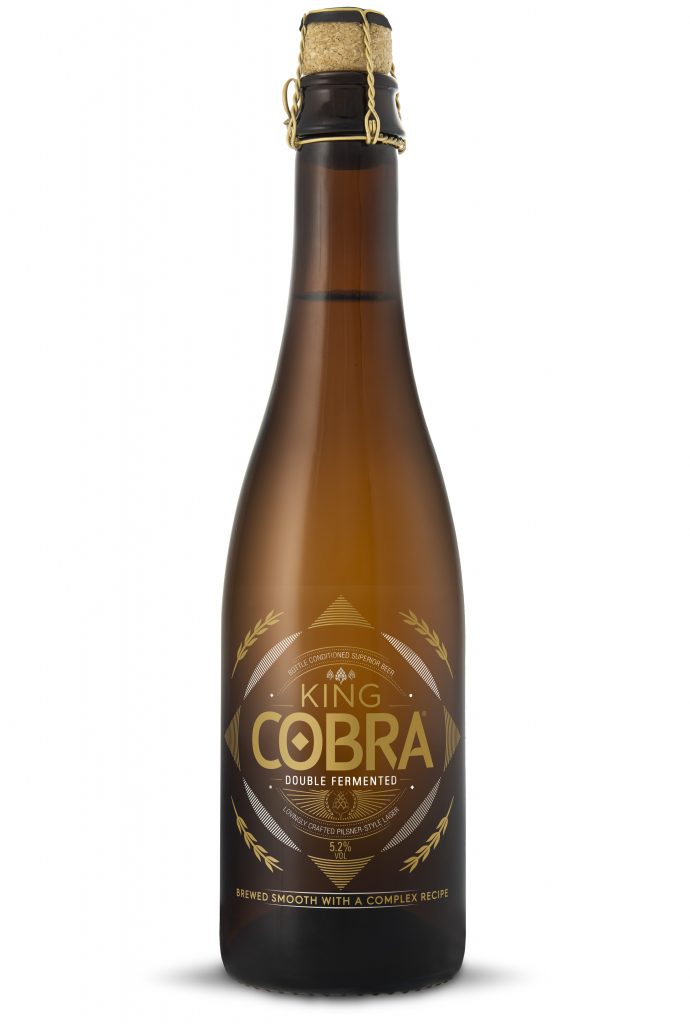 This new super-premium King Cobra full-bodied beer is double fermented in the bottle to give its sweet malty taste with a dry finish. It’s served in a champagne style bottle so you can use it to pop the cork and celebrate Formula One style after beating your mates at the egg and spoon race at your BBQ. It’s 7.5 per cent, so it’s not what you’d call a session beer, drink responsibly people.

Best for: An afternoon at the cricket.

Shingle Bay is a delightfully easy-drinking golden ale that has a pleasant fruity aroma and a subtle crisp bite. It’s helped by the use of the Pacific gem hop, which adds a complexity to the aroma of the ale, with notes of blackberry and spiced fruit. Lovingly crafted in the popular coastal retreat of Salcombe, Devon, where it gets its name, this is a delightful drop.

Best for: Beer drinking on the beach. 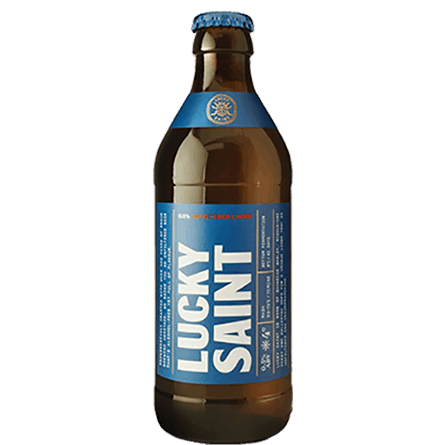 Anyone who’s abstained on a night out and gone for a non-alcoholic lager option can attest that there are some unpalatable options out there. Lucky Saint is not one of them, in fact, it’s the best non-alcoholic lager we’ve tasted. It’s fresh, crisp and with being unfiltered it’s packed with flavour. It’s produced in Germany where they use a step mash technique, wort run-off, fermentation and dry hopping. it’s also made with the highest quality malted barley, the freshest hops and our own single-use yeast. No additives, no adjuncts, no flavourings.

Best for: The designated driver. 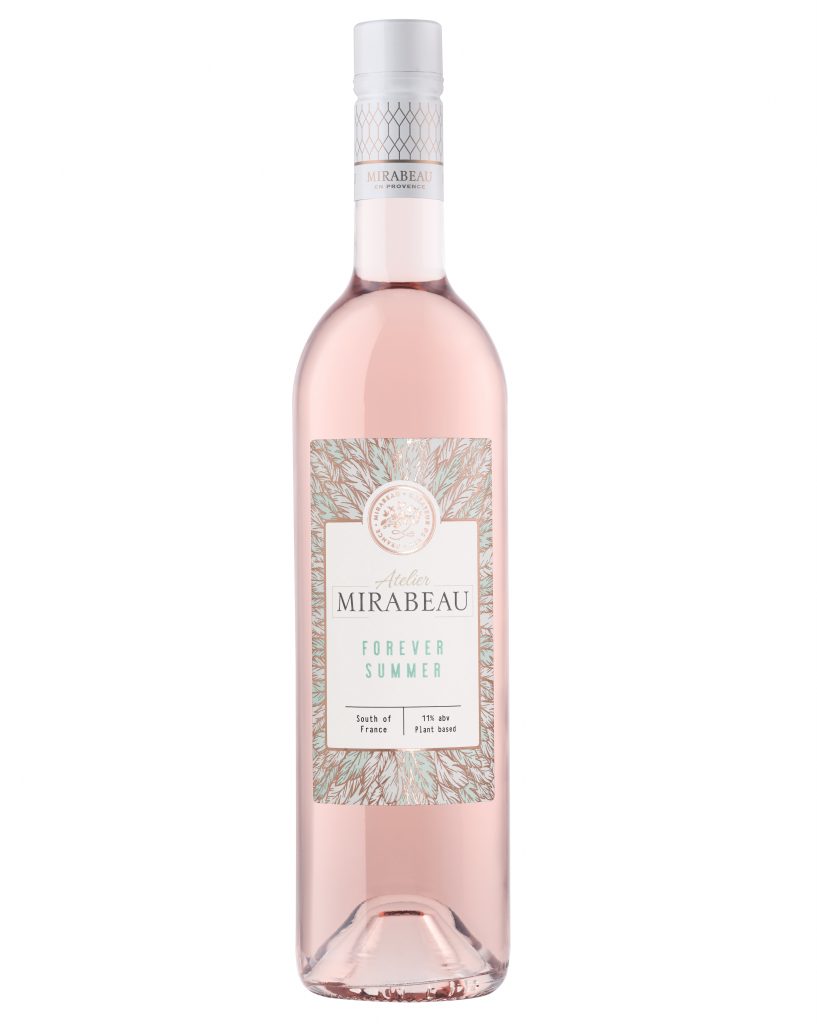 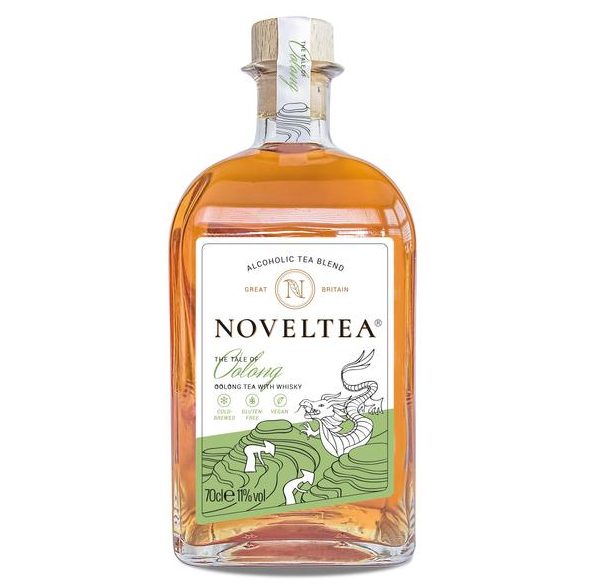 This unique drink is a British dream, alcoholic tea! NOVELTEA is made from completely natural ingredients, using real loose-leaf tea and no artificial colours. It uses a 10-hour cold-brewing process to draws out bitter tannins and delivers a smooth finish. Teas are then paired with gin, rum or whisky. We’re particularly down with the Chinese Oolong Tea and Scotch Whisky. Add a slice of lemon or lime for a refreshing tipple.

Best for: Afternoon tea with a twist.