Now that the nights have well and truly drawn in, one of the most pleasurable things to do is to curl up cat-like on the sofa and indulge in viewing some classic films. Some of the most gripping and intoxicating cinematic tales were created in the golden age of Hollywood in the 40s & 50s.

It’s often said they don’t make them like they used to and it couldn’t be truer in this bygone era of film, a more uncomplicated time, although not in terms of plot, where things still felt fresh and innovative, rather than many of the by-the-numbers sequels and franchises we’re force fed today. Here are 8 classic films that are perfect for some winter weekend viewing. 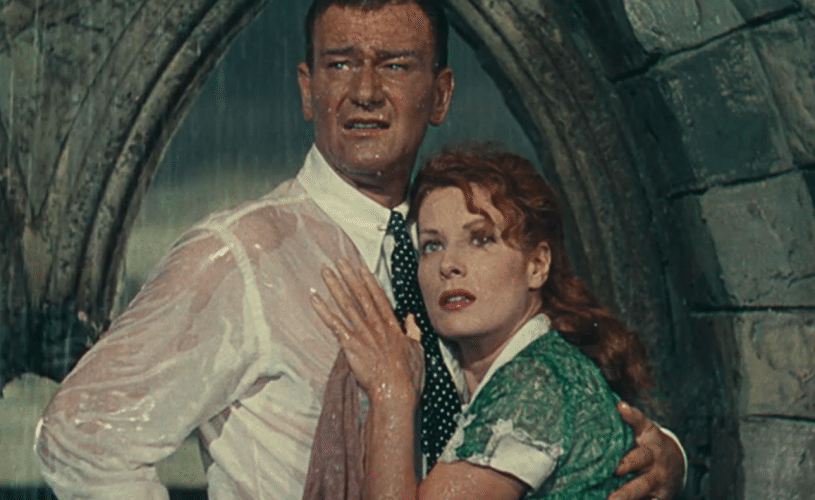 We start with an epic romantic comedy by famous director of Westerns John Ford. Here he swaps cowboys for the Irish countryside, well sort of, John Wayne does star in the leading role. Wayne plays ‘Trooper Thornton’ a softly spoken Irish-American boxer who returns to his ancestral home in the small Irish village of Innisfree, to purchase his father’s house. In doing so he angers local squire and out-and-out bully Will Danaher (Victor McLaglen) better known as ‘Red’. Things get even more complicated when Thornton falls for Red’s beautiful flame-haired sister (Maureen O’Hara).

Ford scooped an Academy Award for Best Director for the film, it’s deserving alone for the epic, wonderfully choreographed fistfight between Thornton and Red, and when added to that the fantastic cinematography and superb supporting cast, you’ve all the ingredients for a classic, which is what this is. 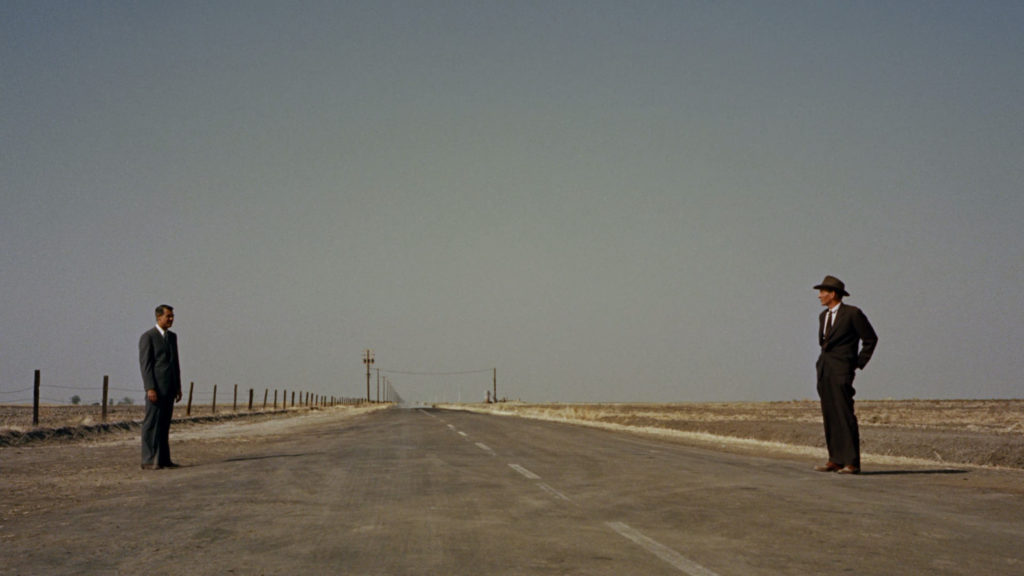 North by Northwest is simply one of the greatest and most entertaining thrillers ever made. It could be argued this Alfred Hitchcock directed classic is a forerunner to the likes of the Bond franchise with its suave pseudo-spy leading man, capable of disarmingly funny one-liners. The movie’s a take on Hitchcock’s reoccurring ‘wrong man’ theme, where a case of mistaken identity has significant consequences.

Cary Grant plays advertising director Roger Thornhill, whose life is sent into a spin when he raises his hand at the wrong moment in a bar under surveillance by the henchmen of an information smuggler (James Mason). Thornhill is mistaken for an FBI agent called Kaplan and is accused of assassinating a UN delegate, forcing him to beat a hasty retreat across country via various modes of transport.

It features one of cinema’s most famous scenes in the crop-duster sequence where the comic tone becomes much more menacing after Grant is left alone on a vast dusty road only for him to flee for his life from a by-plane swooping down to hit him. Aside from iconic scenes like this the Bernard Herrmann’s score is also notable for its sheer brilliance. Even on repeated viewings North by Northwest is always a joy to watch. 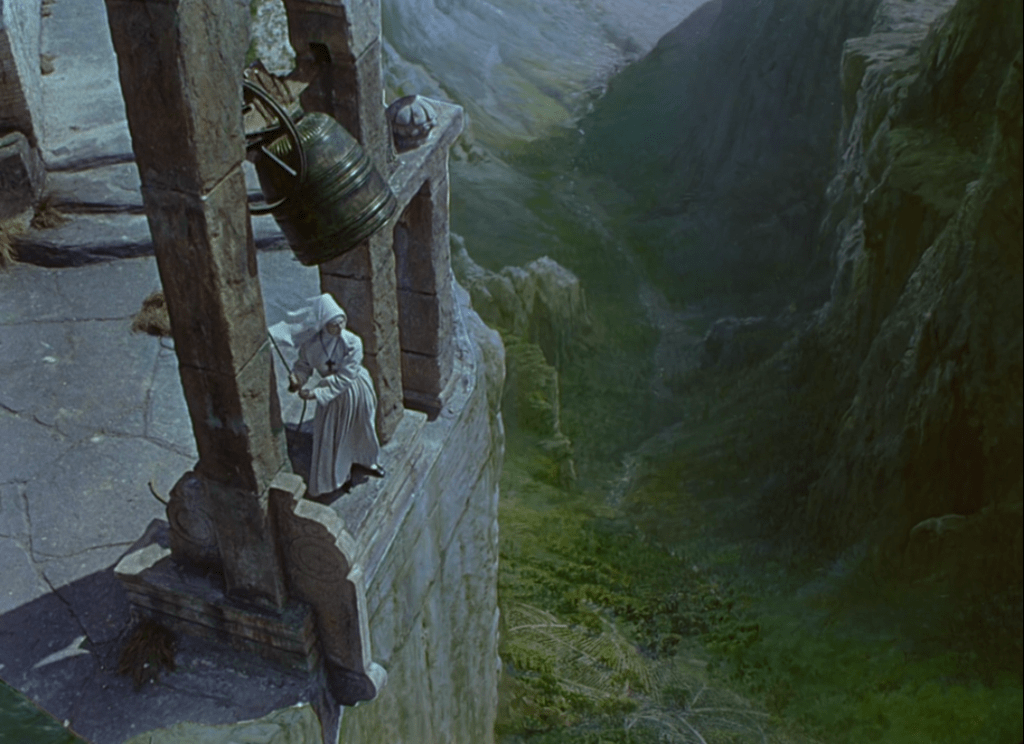 If you happen to be one of director Martin Scorsese’s all-time favourite films then you’re probably worth watching. Added to that the fact that it was made by visionary British filmmaking duo Michael Powell and Emeric Pressburger, you know you’re onto a winner. A double Oscar winner to be precise, for Alfred Junge’s art direction and Jack Cardiff’s sumptuous cinematography that presents a technicolour dream for viewers.

The story follows a group of nuns, led by Sister Clodagh (Deborah Kerr), as they try to establish a convent high up in the Himalayas. She’s tasked with working with the handsome local British agent named Dean (David Farrar), who having been local for some time is resistant to the order’s plans of modernisation.

Dean’s charms soon get some of the nun’s hot under their habits, beginning a battle between spirit and flesh. Notable for exoticism and eroticism (all suggestive), rarely seen in movies from the 40s, Black Narcissus is a feast for the eyes and the soul. 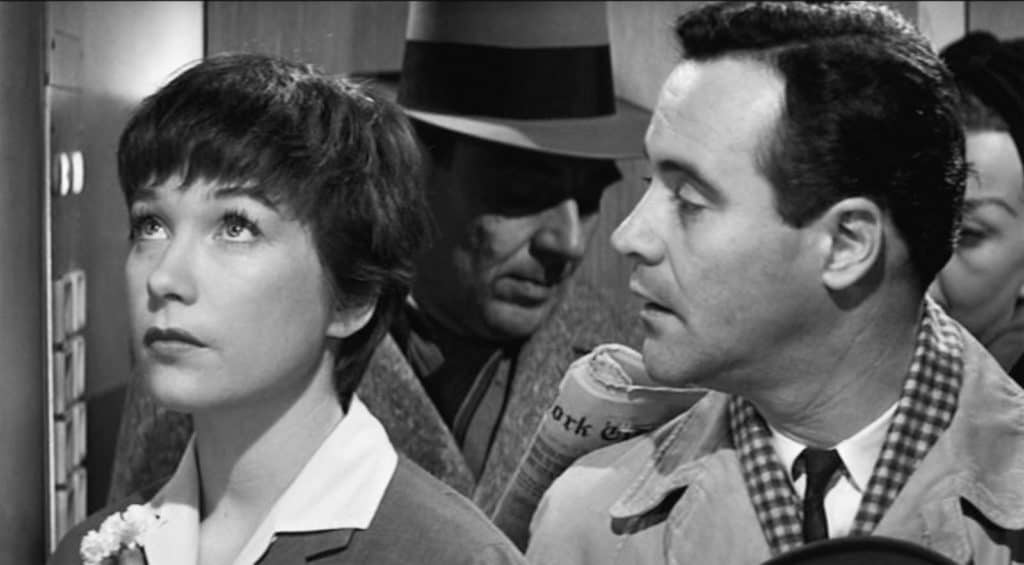 Billy Wilder made some of the greatest comedies (Some Like it Hot) and dramas (Double Indemnity – we’ll get to that later) ever committed to film. This little masterpiece saw a perfect blend of both genres to draw out the big laughs and tug firmly at the heartstrings.

The late great Jack Lemmon puts in one of the best performances of his career as lowly insurance worker CC Baxter who is pressured into lending out his apartment to executives at the company he works for so they can carry out extramarital affairs, all in the hope through his gesture he might get a fast track promotion.

Things get complicated when one of the head honcho’s mistresses turns out to be a co-worker, elevator girl Fran (Shirley Maclaine), who he himself has designs on. 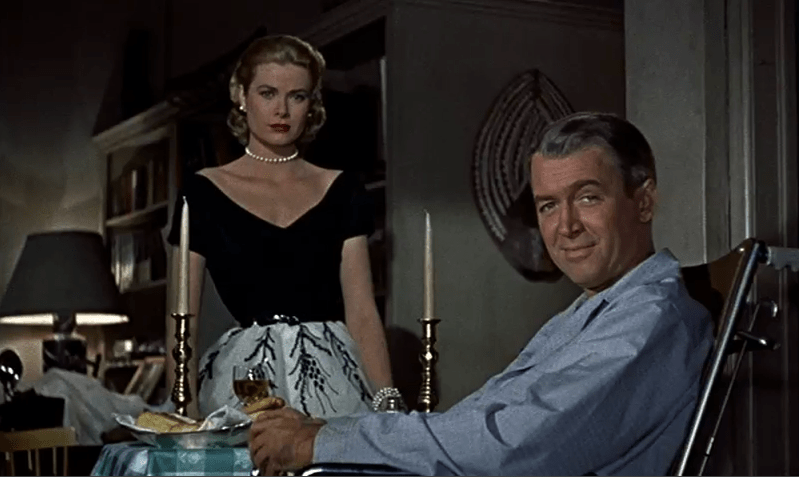 Rear Window is one of Alfred Hitchcock’s finest and certainly most voyeuristic films. This suspense-filled masterpiece gives the audience a fascinating view into other people’s everyday lives. The film was made entirely on one confined set built at Paramount Studios, which comprised a realistic courtyard composed of 32 apartments.

The always dashing James Stewart plays a magazine photographer, stuck in his New York apartment with a broken leg after an accident. In his boredom, he gazes out upon the domestic dramas taking place in each window across the way from his room become real-life soap operas that he obsesses on.

We see all the action taking place from his point of view. Inside his apartment the main drama centres around his reluctance to get marry his fiancee (Grace Kelly). Things ramp up when he views one of his neighbours one evening and suspects he’s murdered his wife. Hitchcock made so many classic films, but for us, Rear Window is pretty hard to beat. 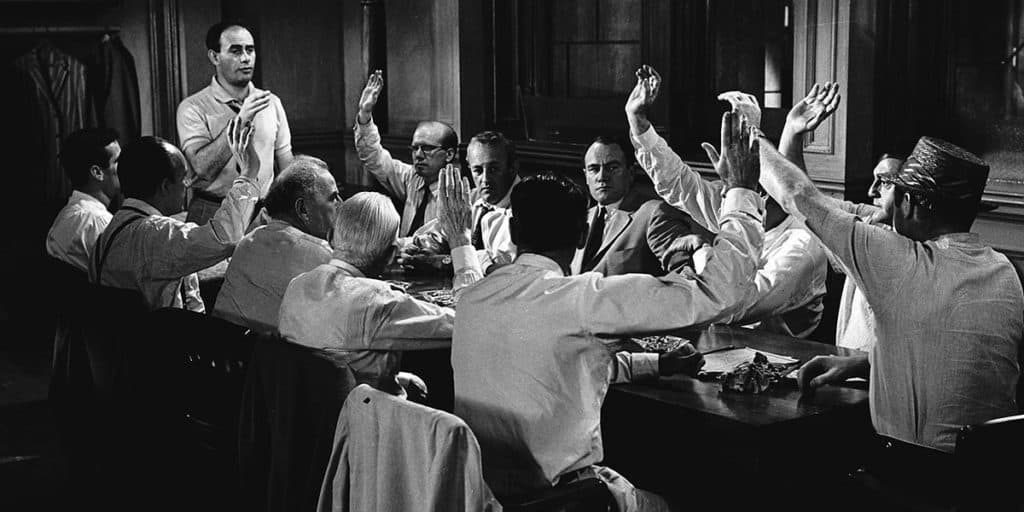 There’s something about movies set in a single location that can amp up the levels of tension and drama so much more so than films that venture far and wide. The great American director Sidney Lumet was the man responsible for turning what in essence is a very simple story into a tense piece or realism that helped usher in a new era of grittier non-Hollywood based pictures.

It all centres around a twelve man jury’s deliberations in a murder case on a hot summer day in New York City. Juxtaposed with the high temperatures are the high tensions as they try and agree on whether the defendant is guilty or not. The film’s influence has been widespread with many future movies attempting to replicate this very unique ensemble drama. 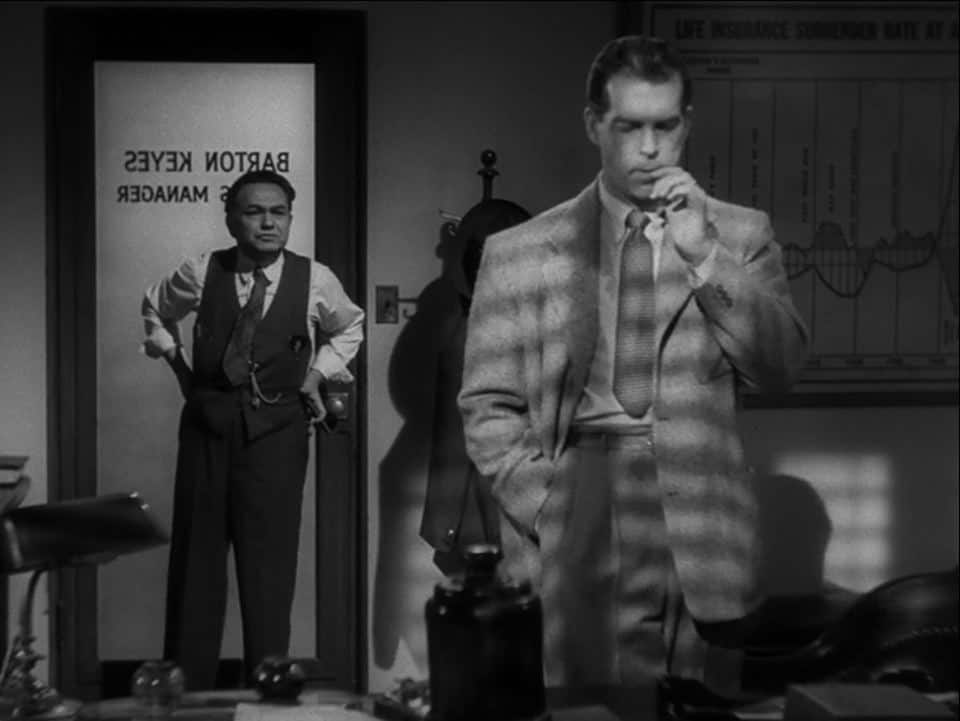 Billy Wilder’s crime drama Double Indemnity was one of the first examples of film noir, with its stylised nature, moody lighting and complex brooding characters. He co-wrote the screenplay with novelist Raymond Chandler, a relationship that proved tumultuous off-screen, but luckily it didn’t harm the quality of the actual film.

It surrounds an insurance salesman played by Fred MacMurray, who falls for another man’s wife (Barbara Stanwyck) after she seduces him and ensnares him in a plot to help her kill her husband so she can collect his insurance policy that makes up the title of the movie.

Everything goes according to plan until the salesman’s shrewd boss (Edward G. Robinson) begins to smell a scam. Stanwyck’s platinum blonde is one of cinema’s great femme fatales, and like the actors around her handles the razor-sharp dialogue brilliantly. It’s a true classic that’s influenced countless thrillers and continues to do so. 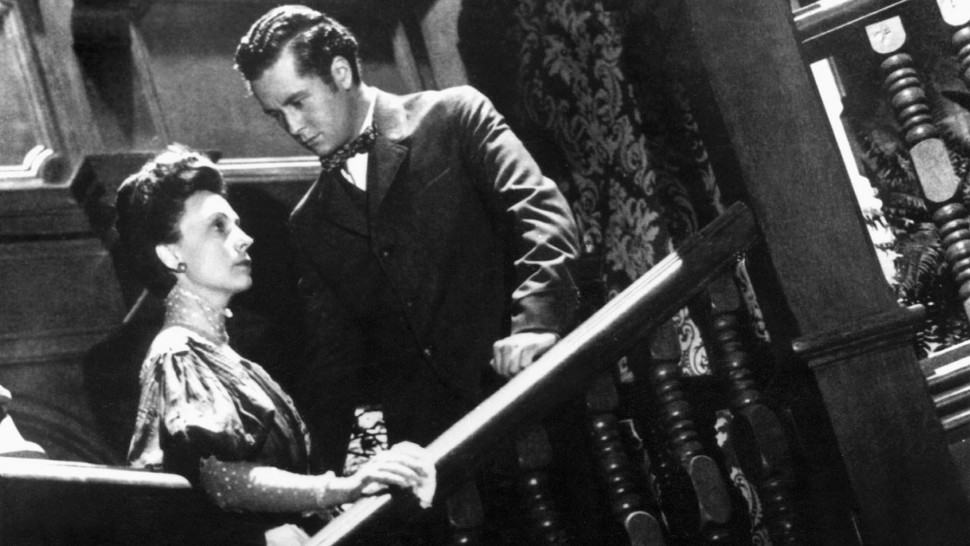 No one could ever accuse of Orson Welles of not knowing his way around directing a film, especially seeing his debut was Citizen Kane! This his second feature is the charming, nostalgia-filled tale of the once wealthy Amberson family from Indianapolis. It chronicles the growing rift in two generations of the clan and the decline in their fortunes.

As good as the film is, it’s sort of a case of what might have been here. Welles’s original cut of the film was 132 minutes long and by the director’s own admission a much picture than Kane. But the studio had other designs and butchered it down to 88 minutes with a patched-on ending that Welles’s assistant director, Freddie Fleck, shot under studio RKO’s orders while the director was out of the country in Brazil.