Nothing quite beats a well conceived, perfectly constructed biopic, when done well the Academy Awards come to a standstill in celebration, when done badly, well you get Alexander and Colin Farrell, or, hushed silence… Patch Adams!

Narrowing down what makes a biopic successful is no easy task, no one shoe fits all, as many a revered director can testify. Without doubt you need a strong lead, think Daniel Day-Lewis, Michael Sheen or a pre-millennium Bobby DeNiro, but what tends to be the fundamental factor in the success of a biographical account is honing in on a particular event, a period in the subjects life, a significant event rather than trying to cover someone’s whole life like a Wikipedia account.

The biopic has an everlasting footprint in cinema history and will continue to garner anticipation, like this winter’s Queen extravaganza Bohemian Rhapsody featuring a convincing looking turn from Rami Malek (Mr Robot) in what could become a career defining role, for good or bad.

All that aside we thought we’d bring you not a definitive list, but what we think are the best biopic films, so you can get really angry at all the classics we’ve missed out. Although it’s hard to argue against the first movie on this list. 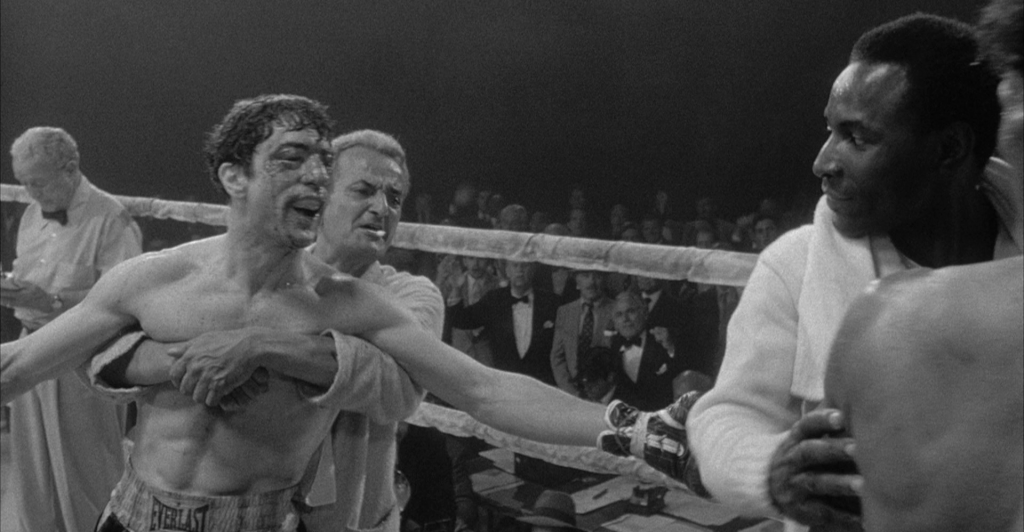 Robert DeNiro’s searing account of boxer Jake La Motta in Martin Scorsese’s (according to the general consensus) greatest work Raging Bull, shifted the goalposts when it comes to the formula for a Hollywood biopic.

DeNiro was instrumental in getting Marty to make the movie and taking the lead role as the self-destructive middleweight boxer he raised the method bar with his all-consuming fight training regime and then by gaining a whopping 60lbs to play La Motta in later life.

Shooting the film in black and white (apart from one scene) gave it that timeless quality and helped distinguish it from other films at the time. It certainly stood out, one of the main reasons being the tour de force central performance from a man who put his heart and soul into the role and won the Best Actor Oscar for his endeavour. 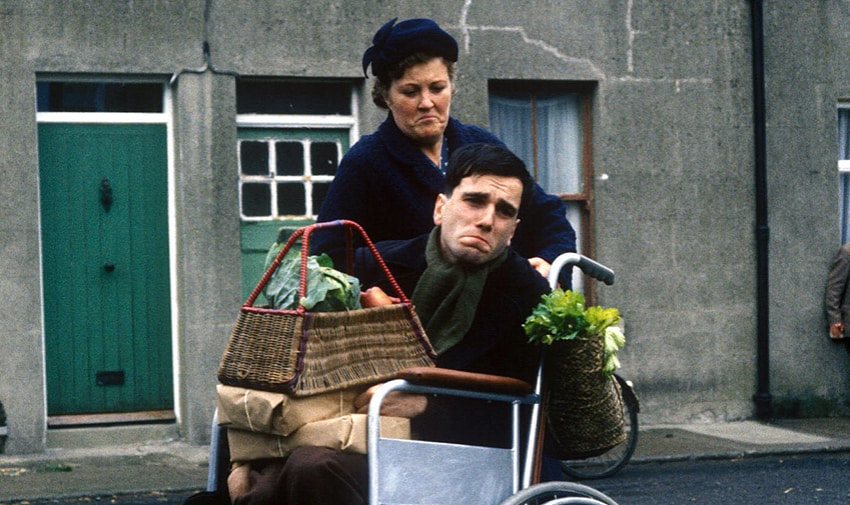 Not someone shy of a bit of method acting, Daniel Day-Lewis took things to the extreme for his incredible Oscar-winning portrayal of Irish painter and cerebral palsy-sufferer Christy Brown in My Left Foot.

For the role Day-Lewis learned to write and paint with his toes and spent 8 weeks in a cerebral palsy clinic in Dublin. During filming he spent almost the entire shoot in a wheelchair, insisting on being lifted about the set and being taken out to dinner in his chair, where he was spoon fed.

It was certainly worth the effort, becoming one of the most moving and memorable on-screen performances in movie history. 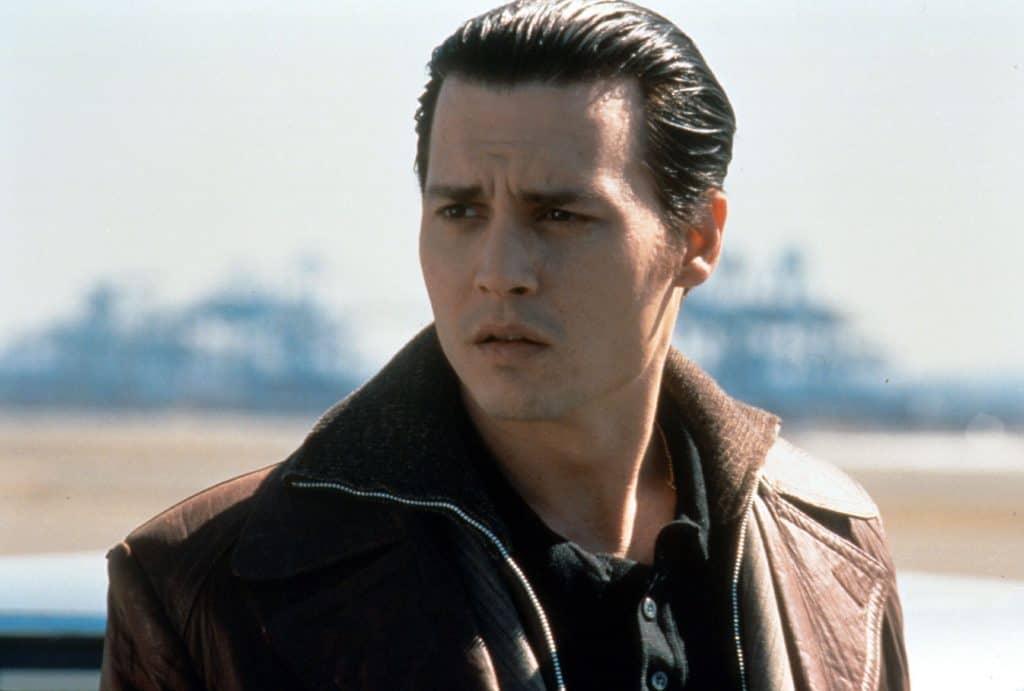 Is it really 21 years since Johnny Depp shared the big screen with Al Pacino in the critically acclaimed biopic of undercover FBI agent Joseph Pistone? Having gained the confidence and approval of weathered and disgruntled crook Lefty Ruggiero superbly imagined by Al Pacino, Donnie ‘The Jewel Man’ Brasco (Depp) infiltrates the Bonnano Mafia crime family in the 1970s where he begins to tread an ever so fine line between lawmaker and lawbreaker.

Exploring the virtues of loyalty and trust, Brasco’s conflict comes to the surface and his family life begins to breakdown as he becomes more and more hostile to those in his everyday world, including colleagues, yet he displays increasing understanding and empathy to the very criminals he’s tasked with bringing down.

Despite its all-star cast and a fantastic performance by Depp, it’s Pacino who steals the limelight as he expertly navigates the realisation of betrayal in his final agonising scene.

Man on the Moon 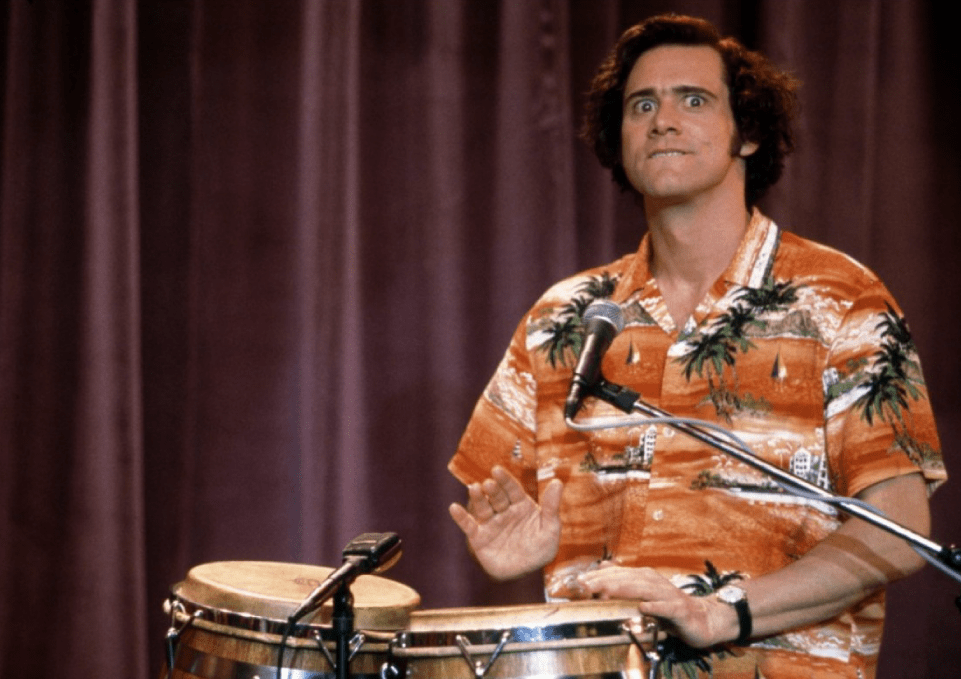 Man on the Moon charts the career of the iconic oddball comedian Andy Kaufman, as he goes from fame in the sitcom Taxi to even greater notoriety with stunts like offering to fight famed wrestler Jerry “The King” Lawler.

It could have been a fairly by the numbers look at the funny man’s life, until Jim Carrey got the nod to play his hero, from when on he literally became Kaufman. Anyone’s who’s seen the brilliant Netflix documentary, Jim & Andy: The Great Beyond, will know the lengths Carrey went to, making people call him Andy and terrorising his co-stars on set and also the film’s hugely respected director Milos Forman, who looked traumatised and exhausted by the whole experience.

But although it seemed like madness in the method, Carrey’s seeming “possession” by the late comedian ended up in making him deliver the performance of a lifetime as we see every ounce of commitment in this fantastic biopic. 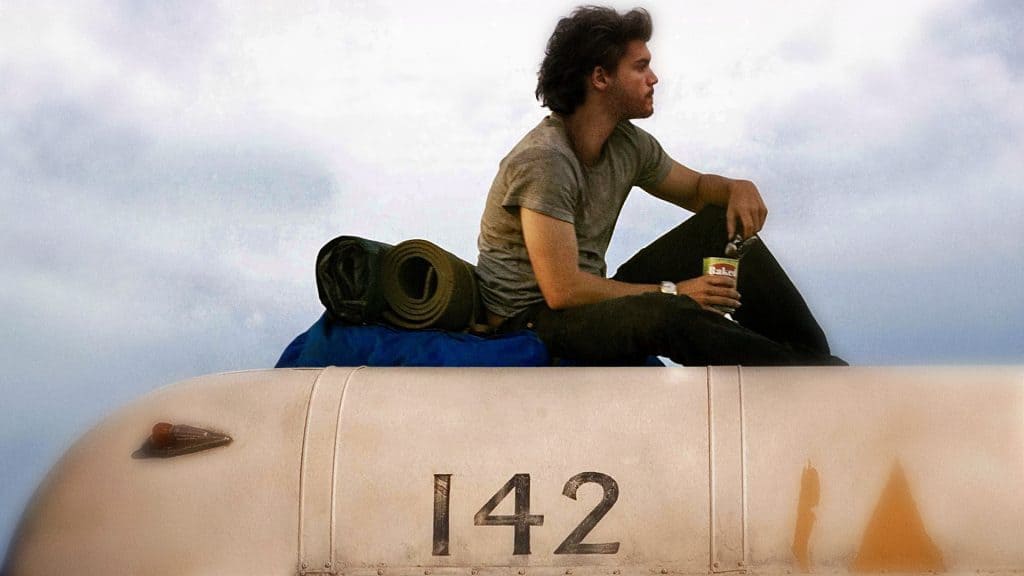 Where for art thou Emile Hirsch? Stints in rehab and prison have denied cinema goers of a genuine talent, and none more so was this evident than in Sean Penn’s heartbreaking and poignant tale of drifting dreamer Christopher McCandless in the superb Into The Wild.

Although Eddie Vedder’s mesmerising soundtrack at times stole the show, the real star is the story of privileged graduate McCandless who rejects the materialist nature of the modern world to explore a simpler life and live off the grid in the Alaskan Wilderness. Woefully underprepared, (Spoiler alert!) McCandless’ perished body was discovered in a rusty old bus used by passing hunters having poisoned himself with inedible berries in a desperate attempt to forage for nutrition.

The issues raised are at times harrowing as McCandless rejects his family and all those who care for him in his search for enlightenment, only to realise it’s impossible without them. Expertly led by the brilliant and consuming performance of Hirsch, Into The Wild is an emotional exploration of the meaning of happiness. There are many accounts of Bruce Lee’s former mentor Master Ip, so fascinating was his life, but it is the commercially successful Donnie Yen vehicle that gets our vote. While Wong Kar-wai crafted a typically spellbinding version of his own The Grandmaster, there’s just something about Donnie Yen’s effortless portrayal of the humble and reluctant hero.

Having seen his hometown of Foshan overrun by the invading Japanese and having lost his house and comfortable lifestyle, Ip is forced to take work at the local coal mine where he along with a number of other martial artists are offered the chance to fight Japanese General Miura, himself a Karate expert, for the chance to win bags of rice.

What follows is a one-man mission to destroy the Japanese occupation, as Ip displays all of his Wing Chun prowess in some of the most enthralling action scenes you’ll ever likely see. 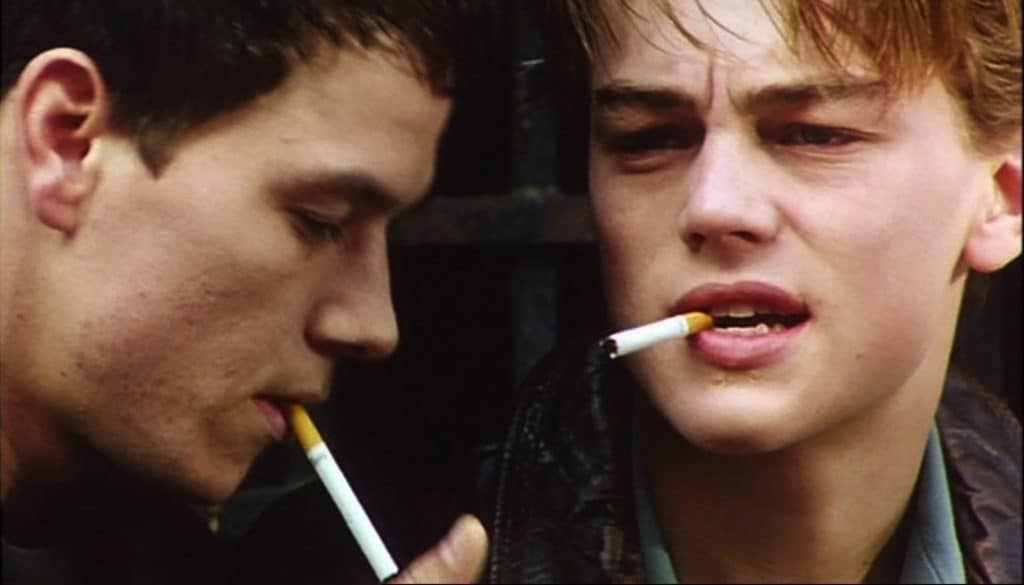 This coming-of-age drama based on the memoirs of Jim Carroll refers to a tumultuous period in his life, when along with members of his once promising high school basketball team he experiments with sex and drugs, ultimately leading to Carrolls (Leonardo DiCaprio) addiction to heroin and downward spiraling lifestyle.

The film still divides opinion and is a harrowing, often bleak watch that at times can be uncomfortable, however, if nothing else it alerted film fans to the depth and range of Leonardo DiCaprio’s acting chops. DiCaprio’s portrayal of the demon filled Carroll and the drama that surrounds his life was a break out performance that forced Hollywood to sit up and take notice.

The Basketball Diaries may be a bit disjointed but it’s still very watchable if only for the honest, nuanced turn from a young Leo. 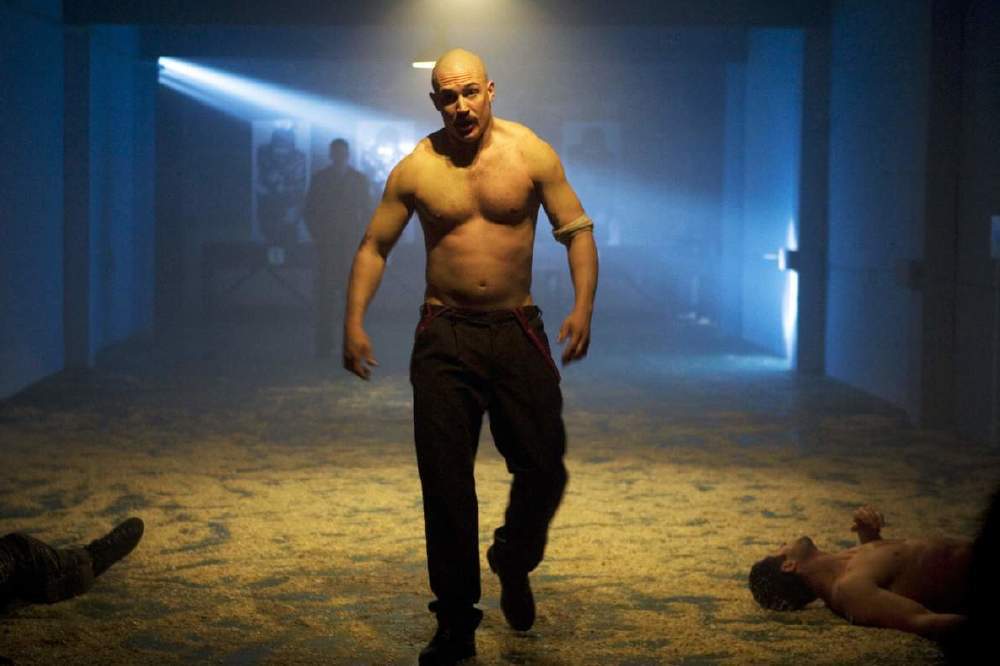 Tom Hardy takes method to new levels with his portrayal of Michael Peterson, a one time down on his luck thief who was incarcerated at the age of 19, only to become engulfed by the system and in turn evolve into Britain’s most dangerous prisoner, Charles Bronson, a man who remains locked down to this day.

So immersive and engaging is Hardy’s performance, it feels at times like he himself has spent the last 30 odd years in prison. Quirky and gritty in equal measure this entertaining film showcases just how committed an actor Hardy really is, and save for the subject matter could realistically be an Oscar-worthy performance.

Violence transcends Bronson’s time inside and it is in one such outburst whereby the deeply unhinged inmate takes his prison art teacher hostage in what must have been a truly terrifying ordeal that encapsulates the psychosis plaguing this most notorious of convicts. 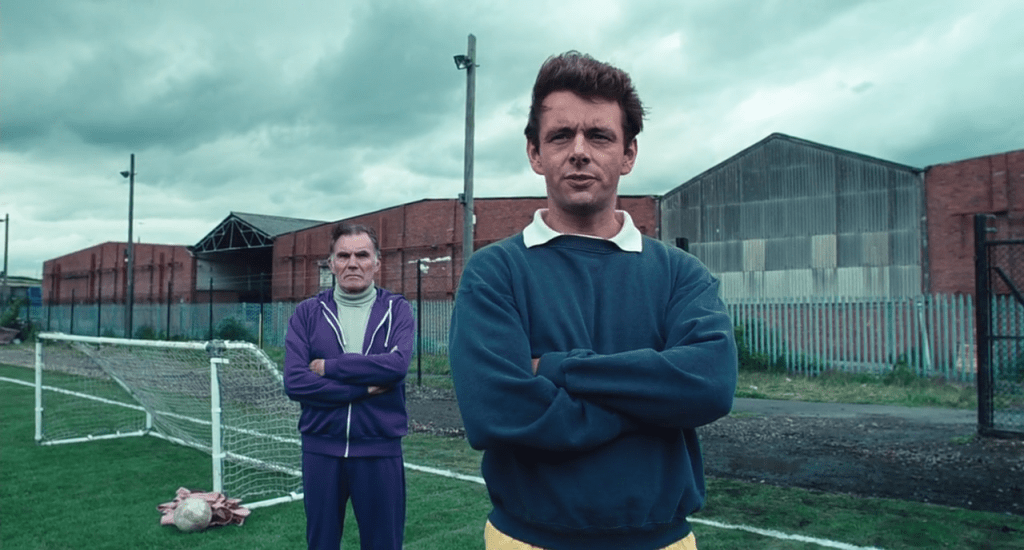 Brian Clough may well be ‘the greatest manager England never had’ and with a career that was laden with success, this film based on James Peace’s novel of the same name delves into Clough’s toughest challenge, his brief and unsuccessful stint as manager of Leeds United. Having taken over from Don Revie, Clough’s arch nemesis, Leeds were considered the best team in the land and the question of how Clough could improve on the standards that had already been set is at the heart of the plot. What follows is a story of stubborn, iron will and a refusal to take the easy route. The film is largely fictional in that certain incidents and plot lines seem to be there purely for the story arc and entertainment, however, what can’t be questioned is the gravitas of lead Michael Sheen’s performance. To say he channeled Clough’s unique personality would be an understatement, at times you feel like you’re watching a documentary. One thing’s for sure, you could make a film about Brian Clough eating breakfast and it would still be worth a watch.

What’s your best biopic? Let us know in the comments.