Aussie Matt Wright is the star of National Geographic’s acclaimed television series ‘Monster Croc Wrangler’. A barnstorming hour of TV, where he uses his skill and well-honed knowledge to re-locate huge crocodiles in the Australian outback.

Matt’s been animal mad since he was a kid. Aged 10, he had a collection of some of Australia’s most lethal animals: including three deadly King Brown snakes (that lived in his bedroom) and was frequently in trouble at home and at school for eagerly introducing his ‘pets’ to all and sundry.

Today, Matt’s passions and unique skill set have turned into a career as a wildlife re-locator; tracking down, capturing and transporting a diverse range of dangerous animals including crocodiles, wild buffalo and even Polar Bears. His objective is based on the preservation of wildlife: to remove and relocate problem animals rather than kill.

With ‘Monster Croc Wrangler’, about to enter its fourth series globally, we spoke to Matt about the dangers inherent in his work, the biggest croc he’s come across and why it’s important to protect our wildlife.

TM: Where did your passion for wildlife come from?

MW: As far back as I can remember when I was a kid I was into anything and everything that ran, crawled, slithered, flew, I was chasing. It’s always been a passion, I’ve always loved wildlife. I’ve sort of made it into a job and career, it’s a bit of a boys dream to have been able to do that.

I don’t know where or how, but I’ve always loved it and had a passion for it. I was catching deadly brown snakes when I was six-years-old and trying to bring them home. I think I attempted to catch a bloody Taipan when I was five or six as well (laughs). As I grew the passion grew, it’s always been in me. I’m pretty lucky really. 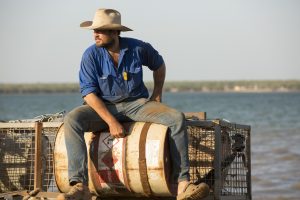 TM: You deal with saltwater crocs. How big can they get?

MW: Well no one really knows. The biggest one that’s ever been caught was over in the Philippines, that was nearly 22-foot. It has since died cause they put it out as a tourist attraction and stressed it out, but that was the biggest on record to date. People have said they’ve shot 25-foot crocodiles but there’s no evidence or record of it.

Even the tooth from a croc over 20-foot would be enormous. The biggest I’ve caught was a bit over 18-foot, the biggest I’ve seen was about 20-foot, many years ago when I was mustering cattle. But it’s very rare to see anything over 18-foot.

TM: You’ve had some near misses with these big beasts in the past assumedly…

MW: Jesus, there’s always close calls. I broke my ankle last year, I got whacked by one with the tail. I’ve been lifted 9-foot in the air and dropped on my head.

I’ve been pushed back into some chest-deep water fighting a crocodile off, that put the jitters up me a bit. You know there’s always a few close calls. You just have to make sure they’re just close and it doesn’t connect.

TM: How did the crocodile lift you in the air?

MW: With its tail. They’ve got so much power, if a 15-foot croc connects with its tail it’ll break your leg pretty quick eh. 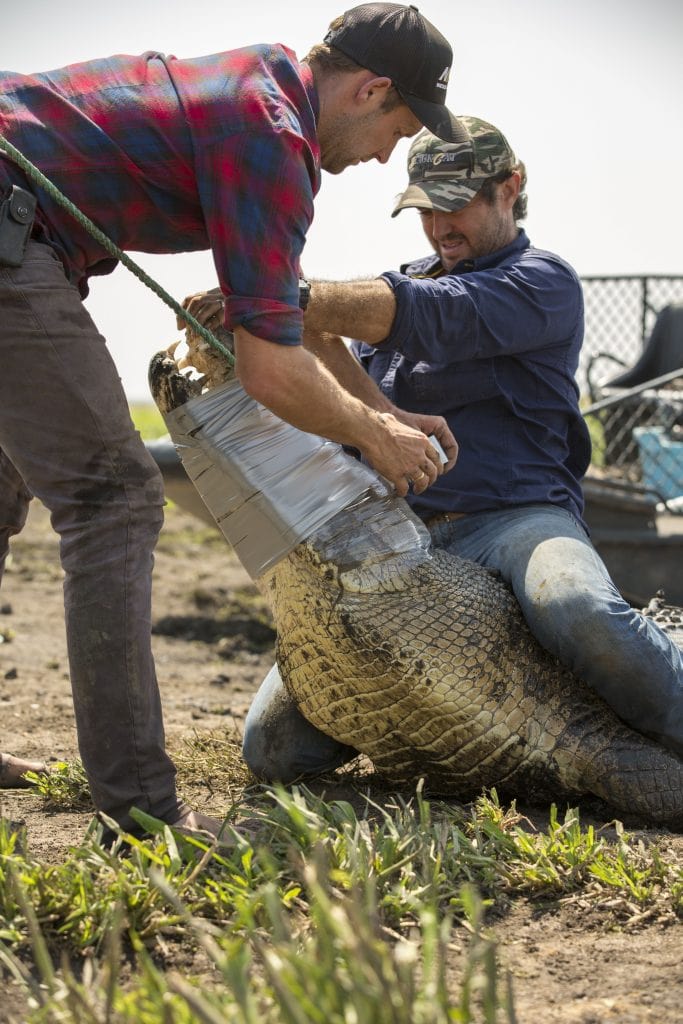 TM: Do you remember the first croc you caught? Were you nervous?

MW: Yeah of course. I mean I’ve caught a lot of wildlife in my time, but when you’re going into a croc trap and there’s a 16-foot croc in there and you’ve got to work out how to pull him out and tape him up and move him, you’re definitely on edge.

TM: Crocodiles seem to be pretty unpredictable. How much does instinct play a part when you’re doing your job?

It’s quite predictable. I think people only say they’re unpredictable because they don’t actually know anything about animals.

MW: Totally. The only unpredictable thing you come across is a human. You get married and you see what unpredictable is all about (laughs). 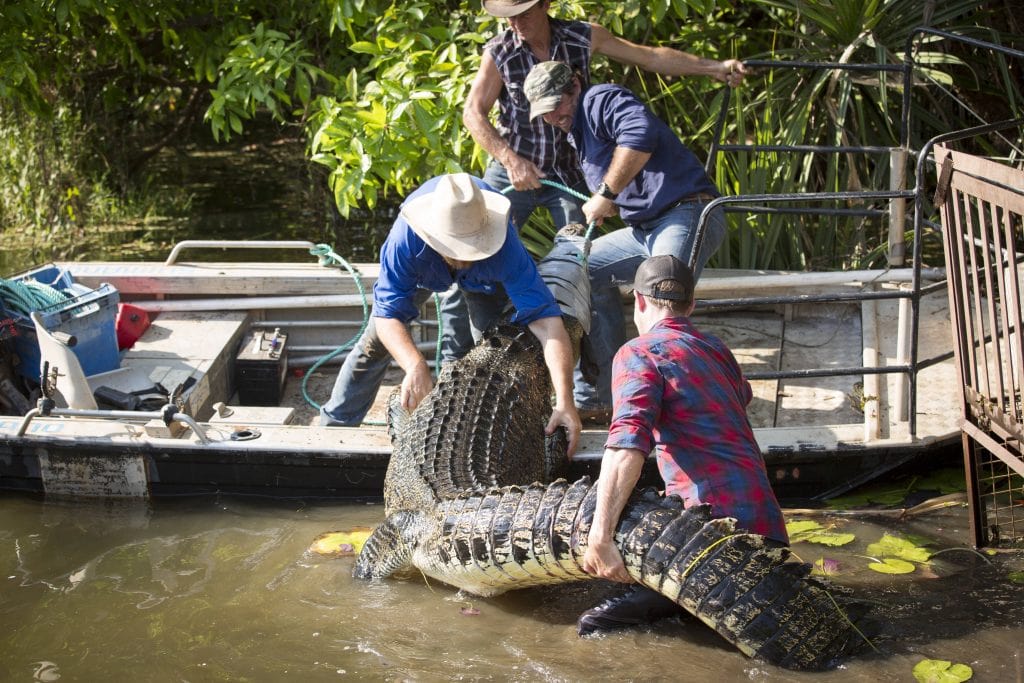 MW: They are definitely not a fussy animal. They’ll eat anything that has a heartbeat pretty much. If they can get to it and take it down they will try and eat it.

TM: How many crocs are out there? There’s a hunting ban currently. Are numbers a problem?

MW: No. We’ve got a good healthy population of crocodiles. That’s through commercial conservation programmes on the farming aspect with a lot of science behind it. We’ve boosted croc numbers up to 140,000 from 4,000. 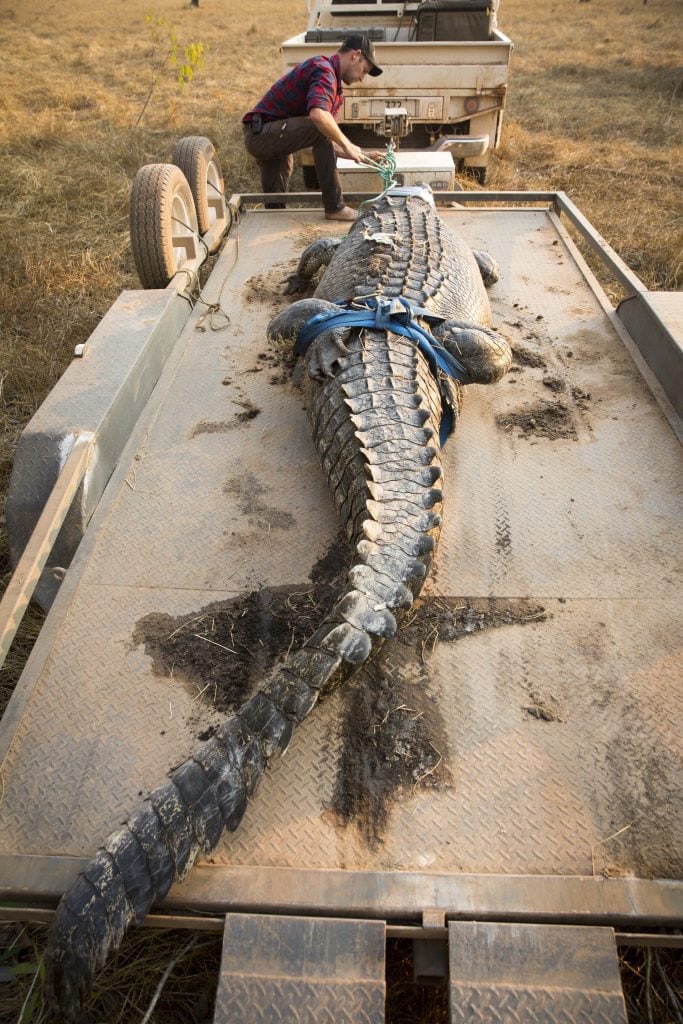 TM: Are crocs more active at night, then rest in the day?

MW: Yep, they definitely get out at night and hunt around from dusk till dawn. They move around at night time, if there’s any movement in the bushes they’ll get up there. But if it’s a cold night out there, they’ll just sit up on the bank and just rest.

TM: Do you come across big snakes out there as well?

MW: Yeah we get the big pythons, they’re always out there. Occasionally a couple of deadly ones, but very rarely.

TM: What’s your favourite part of the job?

MW: Probably just the adventure, the unknown. And when you release a croc it’s the satisfaction that you get out of it when you save an animal’s life.

TM: How important is it to protect the crocs from other humans?

MW: Well the numbers are pretty good here so I think we’re now going to focus on putting some time and effort into the other areas of the world where animals are a lot more endangered.

As far as the crocs go they’ve come back in good numbers, we just have to make sure that humans don’t go back in and destroy it by starting hunting or culling them. They’ve got a pretty small mentality on how to look after wildlife. 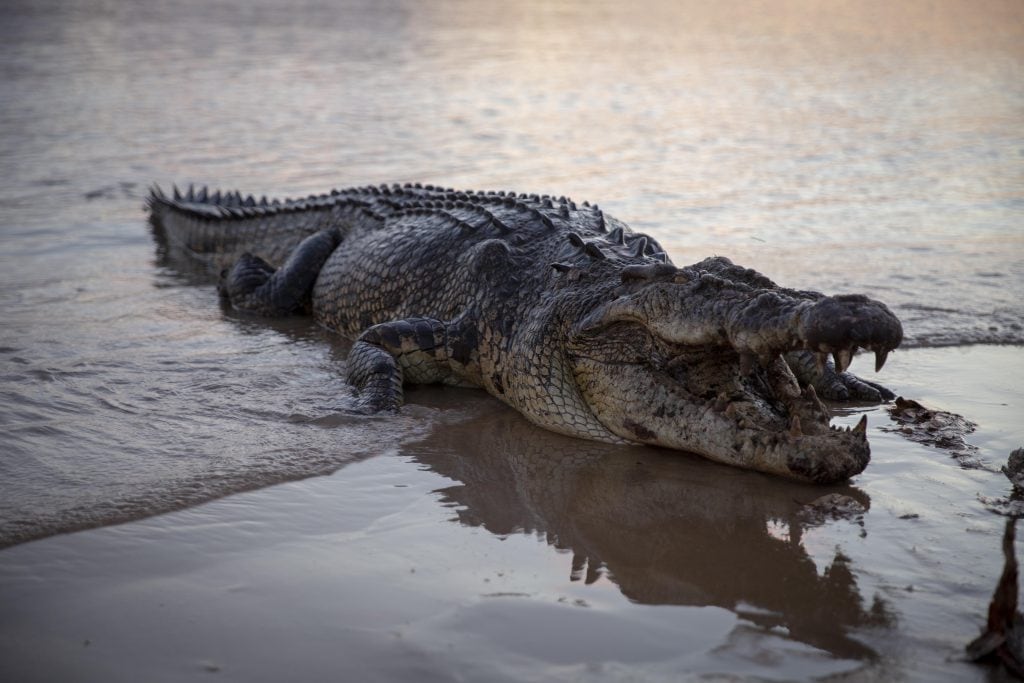 TM: What can we expect from the new series?