The Cheapest Michelin Starred Meal on the Planet

Tis the season to be jolly tralalalala la la la la… leftover turkey, stuffing and cranberry butties, all washed down with a glass of port and a box of Quality Street (mysteriously devoid of the purple caramel hazelnutty ones) is usually accompanied by a serious dose of heartburn! However, It’s also the prerequisite for a night in front of the box and a classic Christmas movie.

But in our case here at The MALESTROM, that’s just about where tradition ends, for us the perfect Xmas flick is something darker in nature than say the cloying sentiment of Love Actually or The Holiday, something where all that festive jolly is parked at the door. That being said we’ve selected some slightly moodier films that spread fear and joy in equal measure, here’s our take on the darkest Christmas movies. 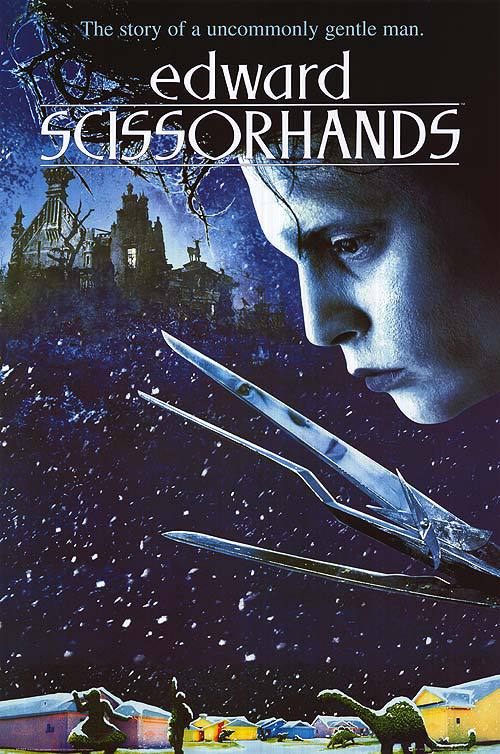 First up is Tim Burton’s dark fantasy, that is at its heart perhaps not a Christmas movie, but with its strong theme of isolation, it’s perfect for what can be a lonely time of year for many without families. The story is narrated by a grandmother telling her grandchild why it snows at Christmas.

Thankfully what follows isn’t a science lesson on colder temperatures crystallising ice, rather the slightly deranged fairytale of Edward, a young man created by an inventor played by the legendary Vincent Price who unfortunately dies before he’s able to give Edward hands, leaving him with razor-sharp scissors for fingers.

Years later an Avon saleswoman Pegg happens upon his gothic mansion and persuades him to come home with her. Here he befriends her family, including a doe-eyed Wynona Rider and becomes the sensation of the neighbourhood, forcing them out of their suburban comfort zone with his scissor skills giving unique hair and hedge cuts.

But as with any fairytale trouble looms and it’s not long before the town turns on him leading to a nightmare. This entrancing, twisted fable lingers in the heart and mind after every watch. Spellbinding and sorrowful in equal measure it’s an Xmas much watch.

This spine-chilling, low-budget scarefest is the perfect festive fright. Directed by Tom Shankland – who’s more recently lent his helming talents to Netflix original series The Punisher, The Children is a terrific horror movie that centres around the fortunes of two families who gather at a secluded country home to celebrate New Year.

So far, so cosy, however, what lies in store will likely see these youngsters struck of Santa’s list for the foreseeable future. One of the kids becomes sick and it’s not long before all these darling little ones become a bit more of a handful than the usual bedtime tantrum.

Yes, these horrors would give Damien a run for his money in the naughty kid department as they begin to bump off relatives left right and centre. A warning that it’s not always the adults that get a bit out of control at a festive shindig! 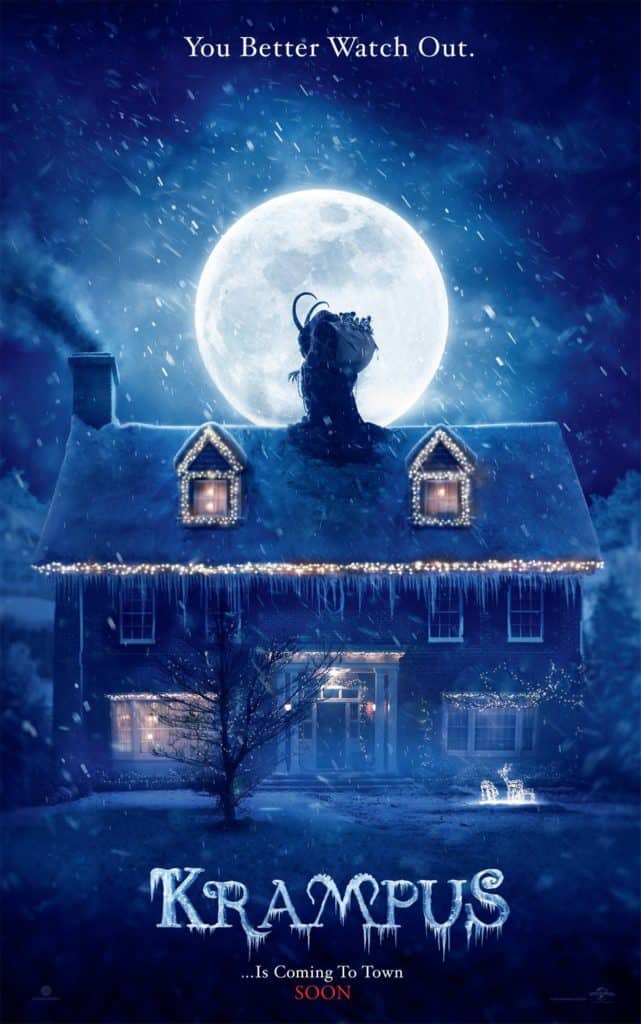 For those who don’t know, the Krampus is a horned, hooved demon who in European folklore punishes naughty children at Christmas, so a bit more hard-line than Old St Nick who might not leave a present. Now we’ll get to the goodness of Gremlins a bit later on, but it needs a mention because this film has the hallmarks of Joe Dante’s cult classic all over it.

We have the set up of a seriously dysfunctional family who are constantly locking horns rather than hands over the holidays. This leads to the spirit being sucked out their one true seasonal believer, the family’s young son Max, who calls time on Christmas by ripping up his letter to Santa.

This turns out to be a pretty bad idea as he unwittingly unleashes an ancient malevolent spirit, who lays siege to the argumentative bunch and forces them to pull together or be torn apart (possibly literally). There’s lots of laughs and frights to be had in this terrific and slightly traumatising Xmas nightmare.

When you think Christmas, you don’t necessarily associate it with psychopathic serial killer movie time but the brilliant American Psycho is a must on our list of the darkest Christmas movies. Hold on, a Christmas movie, you may well shout in unison at your laptops and mobiles! Well sort of, slightly tenuous agreed, but the above clip makes it eligible for our list.

This darkly funny and at times horrifying film follows the murderous inclinations of wealthy New York investment banker Patrick Batemen and addresses in one part the absurdities and paranoia of the 80s yuppie type, who’ll walk over everyone in their path while taking offers for their own grandmother if the end result means a spot on one-upmanship, while also delving deep into societies obsession with materialist consumerism and our preoccupation with self-image.

Based on Bret Easton Ellis’s novel of the same name we see the mesmeric Christian Bale in a standout lead role, although originally it was Leonardo DiCaprio who was earmarked for the job. Phil Collins has never sounded quite the same since. 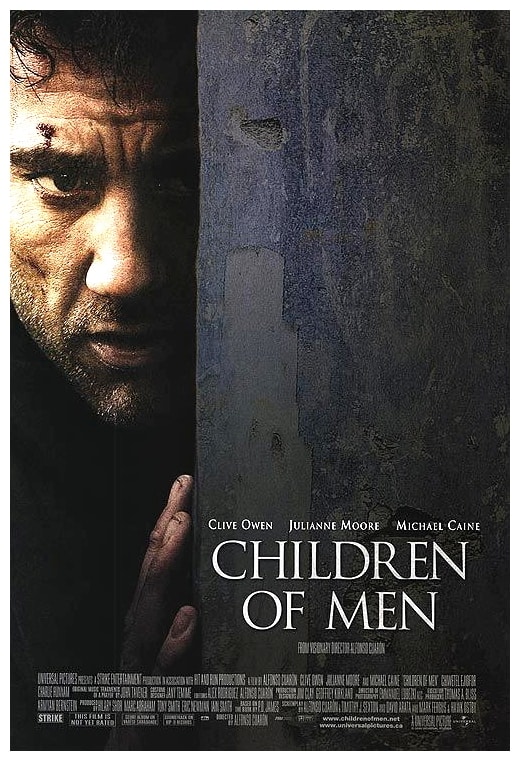 We here at The MALESTROM have sat and debated the ever-increasing relevance of this film while also suggesting that it’s a vastly underrated flick, but maybe it’s not. Maybe it’s just one of those films that gets forgotten, and when remembered garners all round applause.

In a not too distant dystopic society, mankind is faced with the most threatening of scenarios, whereby women have become infertile and the inability to reproduce has caused widespread chaos and fear. In this case Britain is at the epicentre of a seemingly global crisis until low and behold the story of Virgin Mary plays out in the form of with child immigrant Kee, who offers hope where all seemed lost.

She’s led by the continually brilliant and understated Clive Owen as the forlorn everyman and reluctant hero who helps protect mother and child. What better than the promise of a brighter future for Xmas. Catch it on Netflix now.

Despite being a comedy horror Gremlins is pitch black when it comes to darkness. When Billy (Zach Galligan) gets a gift of a strange creature called a Mogwai his father procured off a old man in Chinatown, he fails to follow the strict rules he needed to follow to keep his new pet from multiplying then mutating into a hoard of very cheeky and extremely dangerous Gremlins.

Cue mayhem in his town of Kingston Falls as the little monsters re-wire stairlifts, get off their faces in a bar and raise hell. Yes, it’s funny, but it has a seriously sinister edge to it. The scene where Billy’s girlfriend Kate (Phoebe Cates) tells him about the Christmas she had when she was nine years old could be one of the most upsetting Xmas tales ever.

Another Tim Burton movie makes the list here in his darkness filled follow-up to his 1989 Batman movie. There’s not a great deal of peace on earth and goodwill to all men and women here, as circus-style crazies hit the Gotham streets in the shape of some especially odd characters who wouldn’t look out of place in a freak show.

The main villains at the heart of this piece come in the fishy form of The Penguin (Danny Devito) who’s looking to take over as the town’s mayor. We’ve also got a frenzied feline psycho that is Michelle Pfeiffer’s Catwoman who’s battling crazed Batman Michael Keaton for who’s actually battier (it’s a close run thing). And there’s also the man who was her boss before she became all purrfect, Max Shreck (Christopher Walken), a deeply corrupt industrialist who makes Trump’s hair seem somewhat normal.

It’s dark and cynical in tone and is the perfect alternative to all the yuletide schmaltz we’ll be force-fed this year. 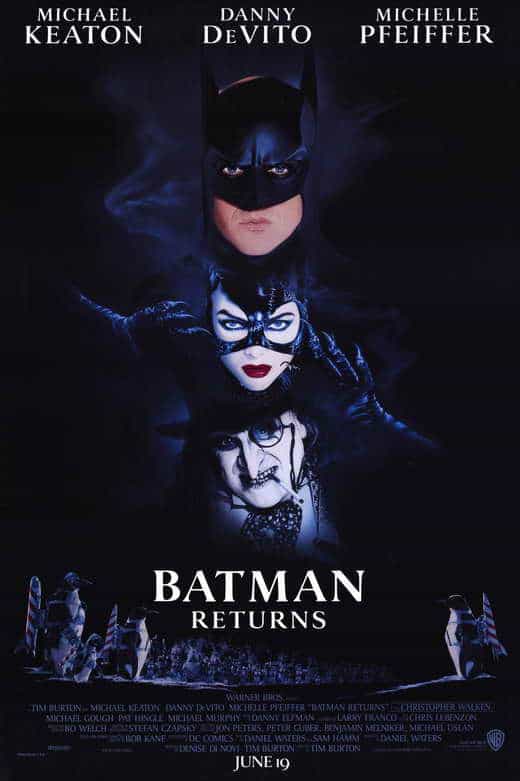 Watching Trading Places is a massive tradition in Italy, with it being shown every Christmas Eve without fail. You can see why, but it’s certainly not a traditional festive film. Dan Aykroyd stars as Louis Winthorpe III, a wealthy stock trader firm, and Eddie Murphy as lowlife Billy Ray Valentine.

The plot centers around a one-dollar bet made by the fittingly scrooge-like Mortimer and Randolph Duke, owners of Winthorpe’s firm, Duke and Duke. After a run-in between Winthorpe and Valentine, the dastardly duo bet on whether nature or nurture is the determining factor in someone’s life and essentially switch the two men’s lives around. Ackroyd goes to the dogs, with only new prostitute friend Jamie Lee Curtis to turn to, whereas Murphy thrives as the newly affluent market trader.

But once they discover they’ve been played they set out to get their revenge and hit the old boys where it really hurts, in their pockets. Forget Bad Santa, a drunken Dan Ackroyd, in full costume, eating a stolen piece of salmon on a bus like an animal is pure Christmas joy.