Ultra Running: The Most Punishing Sport on the Planet

There’s nothing a cinema fan loves more than taking in a summer blockbuster and wowing at the sheer epic scale created by a similarly epic budget. But as we know not all films are created equally, even those with the best cinematic intentions can turn out to be box-office bombs that would have been better left on the cutting room floor.

Here’s our non-definitive list of the most expensive blockbuster movie flops to grace the silver screen. 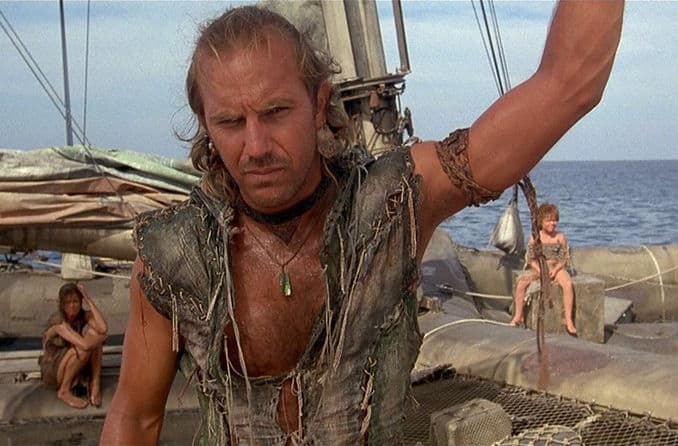 There’s no question that Waterworld is one of the worst films ever made regardless of its absolutely whopping budget, at the time at least, of 175 million dollars. Don’t get us wrong, we commend the ambition here with it’s vast Mad Max on the high seas vibe, set in a post-apocalyptic world where the ice caps have melted and dry land is the thing of myth and legend, a place where mutated loner Kevin Costner who has webbed feet and gills (we kid you not) goes about his business trying to trade with nefarious sailors.

But it’s just such an incredible mess, bad dialogue, derivative action sequences and some of the sets looking more like they cost $1.75 rather than the aforementioned blockbuster budget. It’s the kind of film you really want to love but lets you down in so many ways. 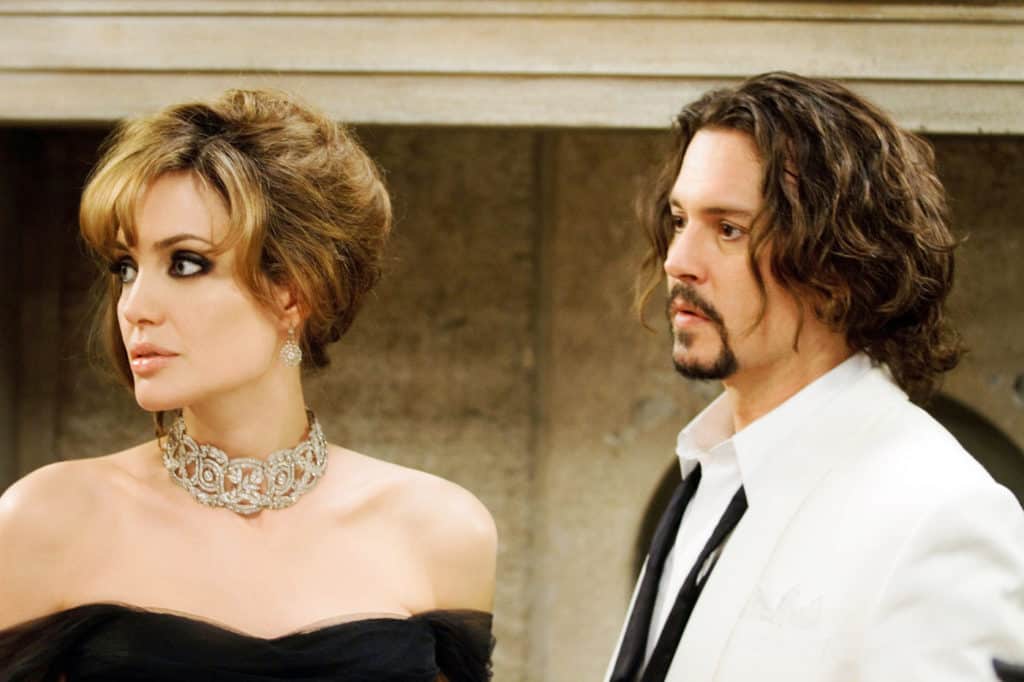 As bad blockbusters go 2010’s The Tourist is up there. Featuring two of the world’s biggest and most beautiful A-listers in Angelina Jolie and Johnny Depp and set in one of the most gorgeous cities in Venice, you’d have thought you were onto a winner from the start, but unfortunately, although the location may be great the pair had less spark on screen than an empty box of matches.

Its convoluted plot (if you can even call it that at times) set around an international spy ring, Russian thugs and an English gangster is too infuriating to recount, but take it from us, the plot twists, especially around the end of the movie will leave some scratching their heads and other’s trying to get some form of refund for the shambles they’ve just watched. 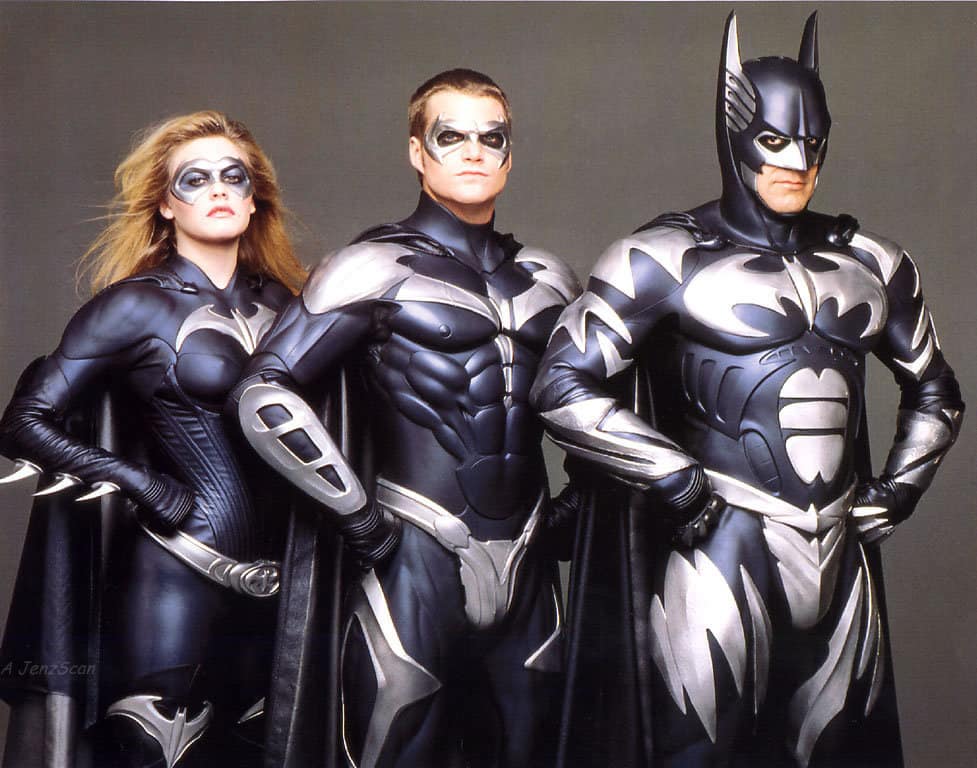 More camp than a row of tents, this film essentially killed the admittedly then flailing bat franchise with its tongue-in-cheek caped crusader shenanigans. Clooney dons the newly nippled and codpiece fitted Batsuit, seemingly in the days before he could act, as he lumbers about the screen chasing a raft of increasingly daft villains.

We can probably just about take Uma Thurman’s Poison Ivy but the sight of Arnold Schwarzenegger, as Mr Freeze, a sort of cross between a Terminator and a Mr Frosty drink making machine from the 80s, is the stuff of movie nightmares. For his role, Arnie demanded top billing on the movie over Clooney, and walked away with a $25 million payday for his work on the film.

Here director Joel Schumacher tried to recapture what was fun about the 60s Batman series, but in taking all of the characters too far he jumped the shark and was eaten by it in the process. 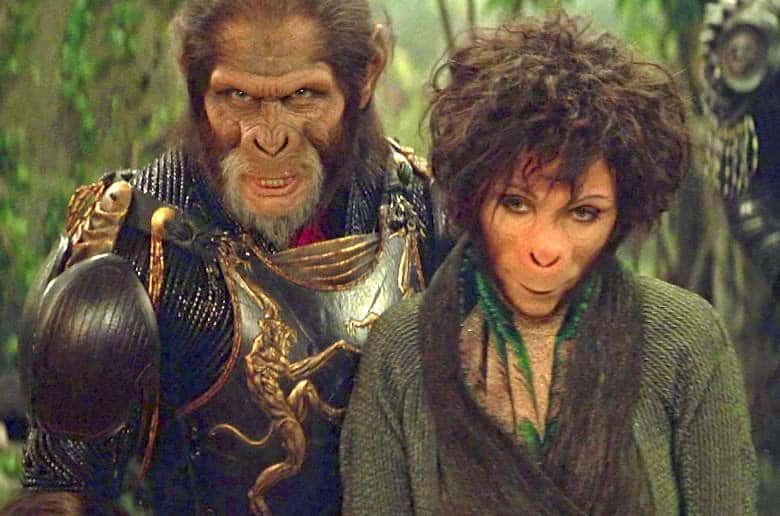 Tim Burton is one man you’d have probably put all faith in to reimagine the beloved monkey filled world of Planet of the Apes, that is until you saw his version of the blockbuster.

The monkey make-up is brilliant and there’s a great turn from angry ape Tim Roth and from Helena Bonham Carter as Ari the slightly alluring chimp, but that’s not enough to save this lackluster and un-original beast. One of the prime(ate) problems is Mark Wahlberg, whose lethargic presence and dreary delivery of a poor script compound the on-screen problems that ultimately make for a hugely disappointing film that isn’t a patch on the politically charged original.

Luckily future forays into this simian world proved much more fruitful for fans. 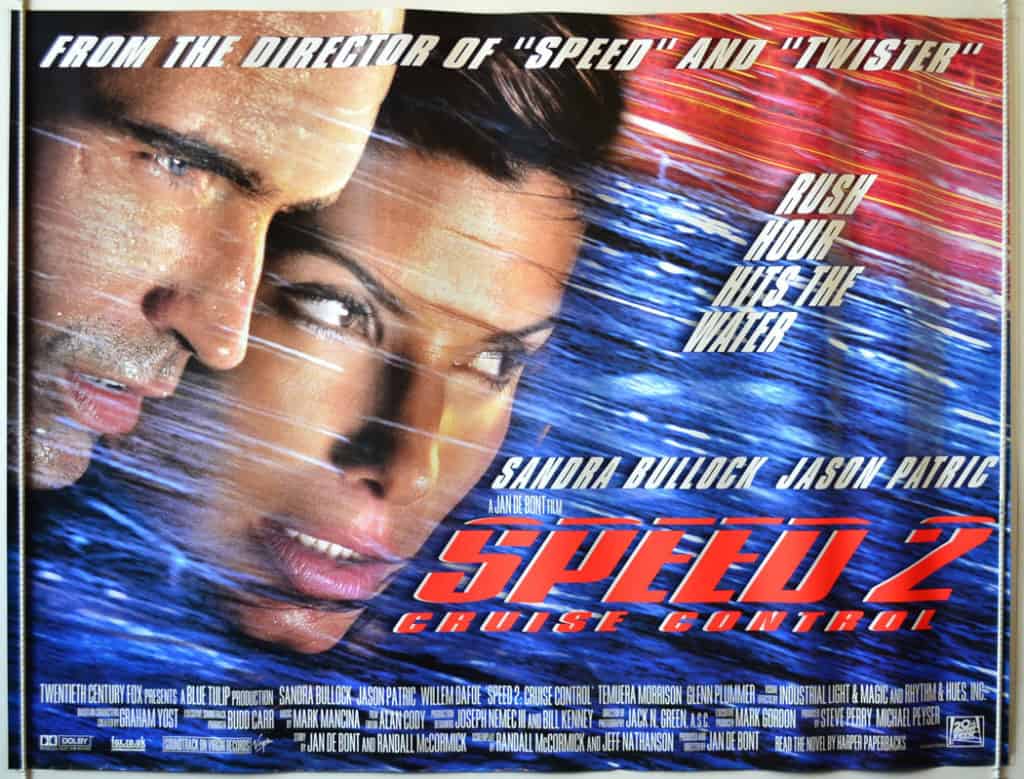 Speed was and still is a brilliant action movie. It was the perfect storm of good plot devices, genuine nerve-shredding tension and great characters like Dennis Hopper’s delightfully deranged villain. Speed 2: Cruise Control is essentially the opposite of this.

Trying to create the same kind of tension on a cruise ship going at 6 knots as opposed to a bus that can’t go under 50mph is a struggle as proved in the film. Added to that there’s the diminished star power with Keanu eventually declining the chance to reprise his role, which went to the below par Jason Patrick. There’s a downgrade on the villain as well, despite Willem Defoe’s undeniable acting chops he hams it up to laughable levels only helping this turkey sink further.

Sanda Bullock is as ever the one dependable shining light but even she can’t help save a film that leaves you beyond seasick. 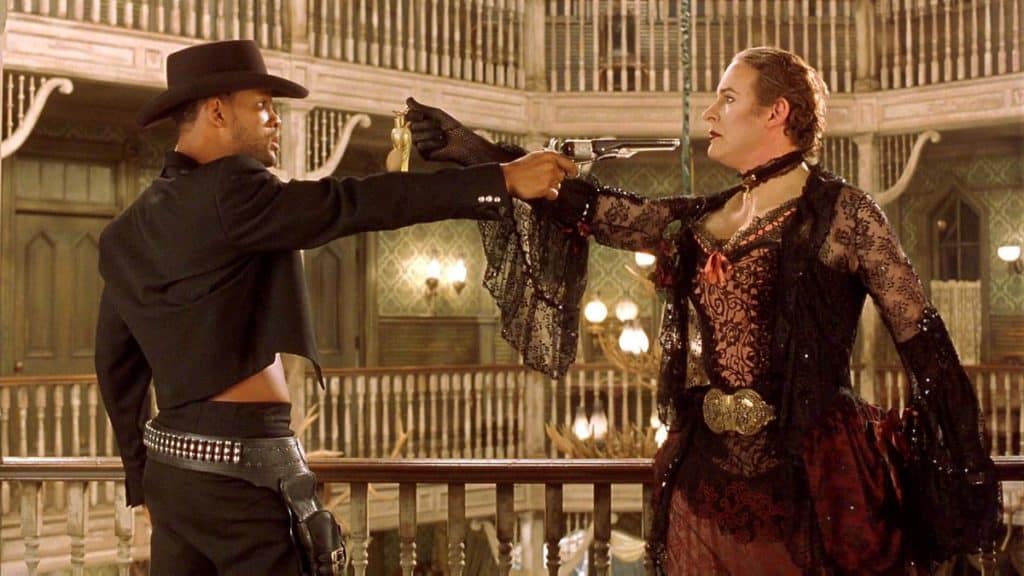 It’s surprising Will Smith has had the career he’s had after this misstep of a movie. It was meant to elevate him to new levels of stardom, which might have happened if Wild Wild West hadn’t been one of the most awful flicks ever made.

Smith is fairly unoffensive as he works with the little he’s given here, the massive deficiencies in plot and dialogue are attempted to be papered over by lavish special effects (giant mechanical spider anyone) and acting so over the top that it seemed like one long pantomime audition. The worst offender being Shakespearean actor Sir Kenneth Branagh who plays a mad racist missing his lower torso in Arliss Loveless, a turn which should have seen him sent back to acting school.

It says it all that Wild Wild West is a film that Smith is still apologising for to this day, unfortunately for him, film fans have long memories. It did have a cool theme tune though. 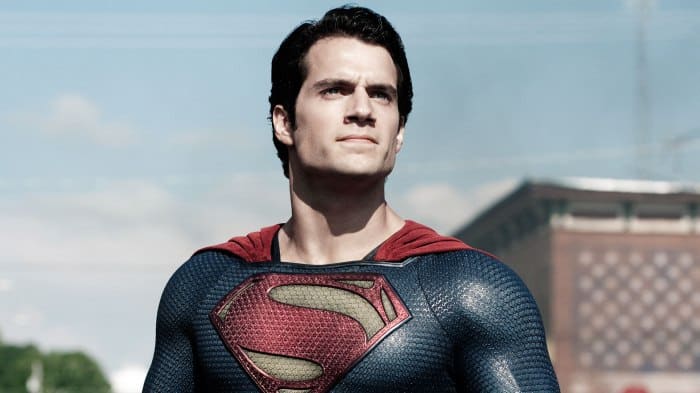 Some may disagree with our choice here, but there’s no getting around the fact that although this is one of the most generic and forgettable blockbuster movies you’re likely to ever come across.

It’s harder when you have such an iconic central character that’s been played in the past by the iconic and beloved Christopher Reeve, who was the embodiment of Superman, an all-American (despite being an alien) hero who oozes charm.

Henry Cavill on the other hand despite his chiseled good looks is all brooding and introspection and lacks that flirty side with love interest Lois Lane, one of the key elements that made those 80s films so likeable, as with his alter-ego Clark Kent and the superhero side he displayed, was how well he could interact with us humans.

It’s just so boringly serious that it’s hard for the audience to connect with our main character and we won’t get into the massively overblown special effects which like in many of these other films are used as a distraction to the paper-thin plot. 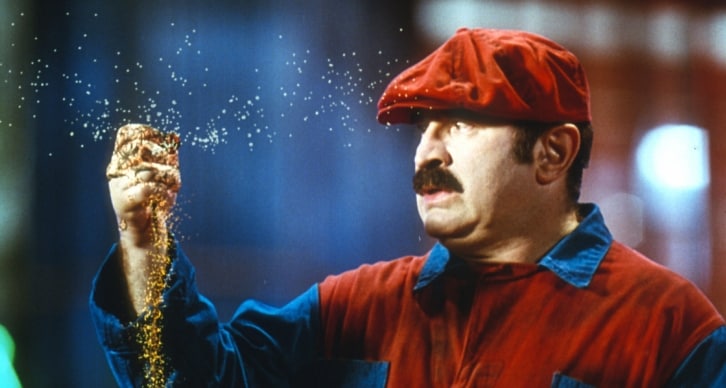 Unfortunately, this wasn’t the finest hour of the late, great actor Bob Hoskins. Computer game to movie adaptations are rarely successful, just because we loved to play them doesn’t always mean we want to see our favourite characters being acted out in the real world.

We won’t delve too far into the plot about an evil lizard king played by Dennis Hopper trying to fuse dimensions so his fellow reptiles can roam the streets of New York, but let’s say it varies somewhat from anything we knew or loved about the actual game. Bob Hoskins didn’t even know when he took the role as plumber Mario that it was based on a video game, he only found out part way into the production.

The film is a total mess from start to finish, the crying shame is with its star-filled cast and big budget for the time, it could and should have been better. 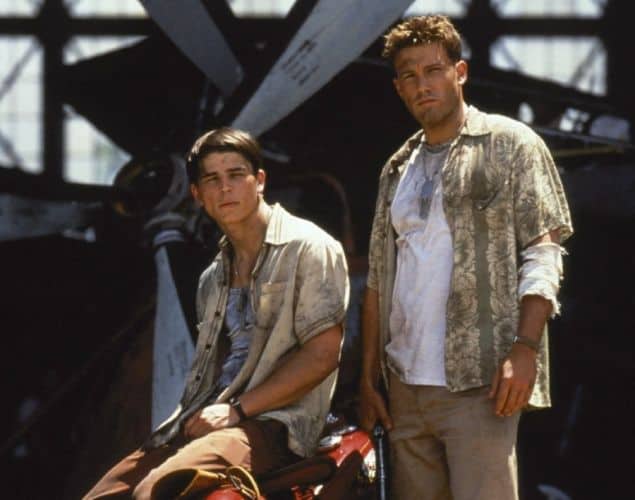 It’s always fun when movies try to cash in on tragedy and loss of human life, right?? Well, that’s exactly what this overblown Bay & Bruckheimer production was created to do.

It’s a long drawn out affair at three hours plus, focussing on the wartime exploits of a stoic Ben Affleck and a wet behind the ears Josh Hartnett who both end up loving Kate Beckinsale, all are strictly charisma-free zones here. Around this love triangle are lots of explosions, earnest looks and genuine distaste as one of the saddest moments in American military history is transformed into a shambles of storytelling.

As blockbuster movies go this is just the absolute pits.