Today is World Mental Health Day, which aims to raise awareness of mental health issues around the world by doing exactly what should be done around the subject, talking about it openly. One man with a grasp on this serious issue is neuroscientist and best-selling author, Dr Dean Burnett.

Dean’s new audiobook Psycho-Logical, released today, asks a question that’s often overlooked when it comes to mental health: “why?”. Why are conditions like depression and anxiety so common? Why is our mental health so vulnerable to the stresses and events of modern life? And why is there still so much confusion and stigma about mental health matters?

His aim is to help us all gain a better understanding of exactly what mental health is. Here Dean gives us his own personal take on this pertinent subject.

It was a classic rural community pub. I’m from a South Wales mining valley, just after the coal mine, which sustained the surrounding village and was the reason for its existence, was shut down. The result was a community of suddenly unemployed coal miners, all sturdy, no-nonsense labourer guys, with a lot of free time and frustration.

Our pub was often busy.

It was great in many ways. My life was full of many larger-than-life characters and outlandish personalities, the sort you get in a tight-knit community where everyone knows everyone. There were so many antics and wild schemes and ridiculous occurrences. Think Phoenix Nights, but with Welsh accents instead of Northern ones. That’s basically my childhood.

But it wasn’t all fun and sitcom-worthy antics. There was, in hindsight, a darker undercurrent. Sure, I saw grown men singing, dancing, cavorting around, playing the fool. I also saw grown men… break. In the mental sense. They’d go from charming outgoing characters to becoming a danger, to themselves or others.

I cite then when asked what triggered my current enthusiasm for spreading the word about mental health. Learning the ins and outs and specifics of mental health (as part of my neuroscience degrees and later job teaching psychiatry) led to me reappraising what I’d witnessed as a child. I now know I was likely seeing examples of depression, anxiety, addiction, psychosis (alcohol-induced or otherwise) and so on.

It’s a bittersweet realisation, though. How many of those often-tragic cases would have faired better, or even got better, if modern knowledge and awareness about mental health were around and available at the time? That’s part of why I keep trying to spread information about it at any opportunity; who knows who it might help?

But part of me that can’t help but think that, even if there had been copious information and resources available for mental health issues during my childhood, many I knew wouldn’t have utilised it. These were former miners, sturdy macho men who had no truck with any of that ‘sensitive’ stuff. Showing weakness or vulnerability was often an invite to endless mockery and scorn from your drinking companions.

This is something that needs addressing, because as important as efforts towards raising awareness and understanding of mental health are, they can only fall short if people aren’t willing to even entertain the notion that mental health can, and does, go wrong, and this causes genuine problems.

Sadly, it’s mostly men who refuse to accept/acknowledge that their mental health is important. And this stubbornness may well be deadly.

Most stats show that it’s women who report higher levels of mental disorders or similar. Granted, women tend to deal with a noticeably greater share of stresses and traumas and frustrations, but some take this disparity to mean that men are stronger, or more robust, when it comes to dealing with problems and issues, so such things don’t affect them so much.

However, the biggest killer of men under 30 in the UK is suicide. One explanation is that men show lower instances of mental health problems because they don’t admit them. We’re conditioned from a very young age to always be ‘strong’. But strong doesn’t just mean ‘physical strength’ anymore; it’s now taken to mean showing barely any emotion at all. Except for anger. Anger’s OK because it often leads to fighting, which is manly.

This is not a healthy way to live, though. The masculine ideals imposed on us have got completely out of hand, because men do have emotions, they regularly experience them just as often as intensely as women do. Emotions are a key element of our minds, our psyche’s. We’re meant to feel them, to process them, in order to maintain a functional, healthy mind, and brain.

Suppressing your emotions, especially when they’re relevant to what’s happening, that’s like deciding to hop everywhere rather than walk; it can be done, but it shouldn’t be. You’ve got two legs for a reason, opting to use just one will wreck both, one with overwork and one with atrophy. So it is with the brain and mental health; shutting down or suppressing your emotions means you’re less able to use them, when you need them.

And it inevitably means you need help and support. But because you’re a man, you can’t ask for such things or admit that they’re necessary. So, you go it alone, and life just gets worse, often until the only options left is ending it.

You’ll hear guys crow about mental health being a “modern invention”, that nobody got depressed in “the old days”. That’s just not true. Read Spike Milligan’s war diaries, about his injury in the World War 2 trenches that left him a mental wreck, sent to stay with the countless other ‘bomb happy’ cases, which was clearly just a wartime way of saying PTSD. If world war soldiers can be taken out of combat due to psychological issues, then clearly mental health was a big deal “back in the day”.

The truth is, mental health problems have always been with us, ever since humans were a thing. They’ve existed as long as our brains have been like this. We need to be aware of this, we need to accept this, and it’s men who need to make more effort to do so. Because this idea that we’re exempt from emotions, that we cannot show vulnerability, that we’re somehow failures if we ask for help? Those have never been anything but genuinely harmful.

Ideally, these ideas would die, before any more innocent young men do. 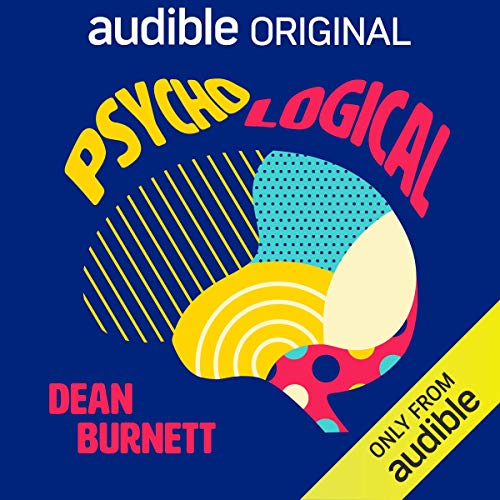