With Chelsea’s Callum Hudson Odoi looking increasingly likely to swell the ranks of young British players plying their trade in the youthful and forward-thinking world of the Bundesliga, we thought we’d take a look at some British footballers that made their mark in Europe, winning trophies and cult hero status in equal measure.

Currently, aside from the much-publicised exploits of Jadon Sancho, there are a number of other youngsters setting a trend in German football. Mandela Egbo, Kaylen Hinds and Reiss Nelson have made their mark on German football, added to Ademola Lookman, Ryan Kent, Reece Oxford and Oliver Burke who’ve all made a move to Germany.

Of course, with every success story, there are those players despite their obvious skills who fail to adjust to the lifestyle and their new surroundings. Ian Rush famously struggled at Juventus having made a record-breaking move from Liverpool. Michael Owen another who made the move from Merseyside on this occasion to Madrid found the grass is not always greener.

Mark Hughes couldn’t find a home for his obvious talents in both Barcelona and Munich, while Denis Law once made a big money move to Torino in the early sixties but quickly headed home after failing to adjust to the style of play.

These days we’re more used to our ageing superstars making the move to the US, embracing the lack of intrusion on their private life while leisurely dominating on the pitch in a league that is still way off the standards at which they’ve previously competed. David Beckham, Steven Gerrard, Frank Lampard, Ashley Cole, Joe Cole and the Wright Phillips brothers have all enjoyed their time in the States.

However, with no rhyme or reason, many players, often under the radar, have made the move abroad and slotted seamlessly into their new environment. Performing at their best while embracing the culture and becoming fan favourites that are remembered long after they’ve moved on.

Currently found doing the management rounds in the Championship, Paul Lambert is a man who made a serious mark on German football back in 1997.

Having signed for Borussia Dortmund from Motherwell largely thanks to his performances against his new side in the previous campaigns UEFA Cup, his hard graft in a holding midfield role was instrumental in guiding Dortmund to the Champions League Final not least in defeating Manchester United in the semi-finals.

However, it was in the final where Lambert truly stepped up. He won the man of the match award as Dortmund swept aside a star-studded Juventus, singlehandedly marking Zinedine Zidane out of the game. He became the first British player to win the European Cup with a non-UK team and is adored by the yellow wall for his heroics. 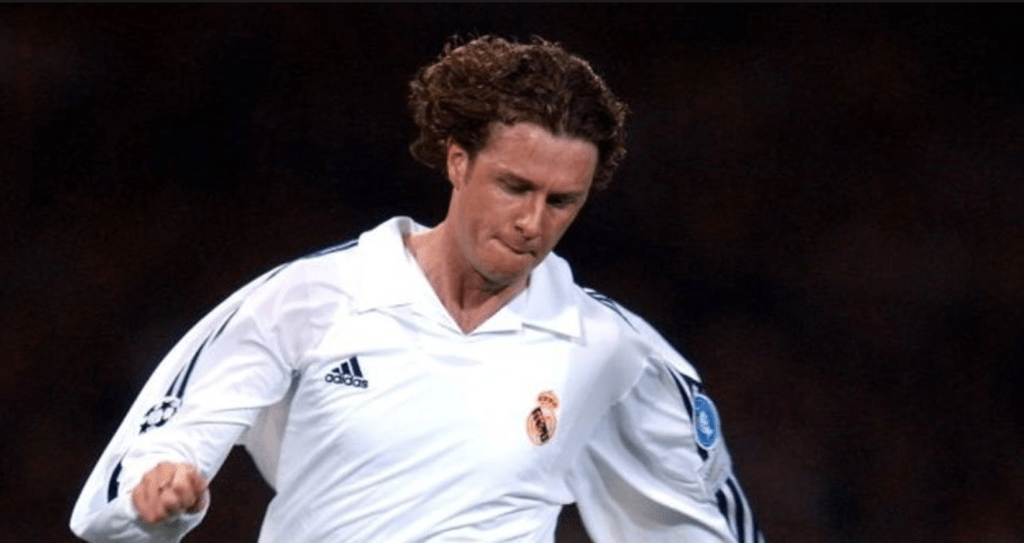 Steve McManaman’s free transfer to Real Madrid didn’t cause much of a stir both here and most notably in Spain, in fact, it was mainly the Liverpool fans consternation that dominated the headlines.

A pivotal player for the Reds, it wasn’t clear how the affable scouser would fit into Madrid’s star-studded lineup, but fit in he did, becoming a cult hero with the Real fans thanks to his timely match-winning performances.

In fact, McManaman’s time in Madrid was trophy-laden and included two La Liga titles and two Champions League successes. In all, he became the most successful British footballing export of all time. In 2000 his man of the match performance in the Champions League final against Valencia highlighted just what an exceptional player he was.

In the following years, Real began their Galactico campaign, and it’s to McManaman’s credit he remained relevant despite the competition. Named as a Madrid legend to this day, he was truly loved by the fans and paved the way for the likes of Beckham, Owen and Bale. 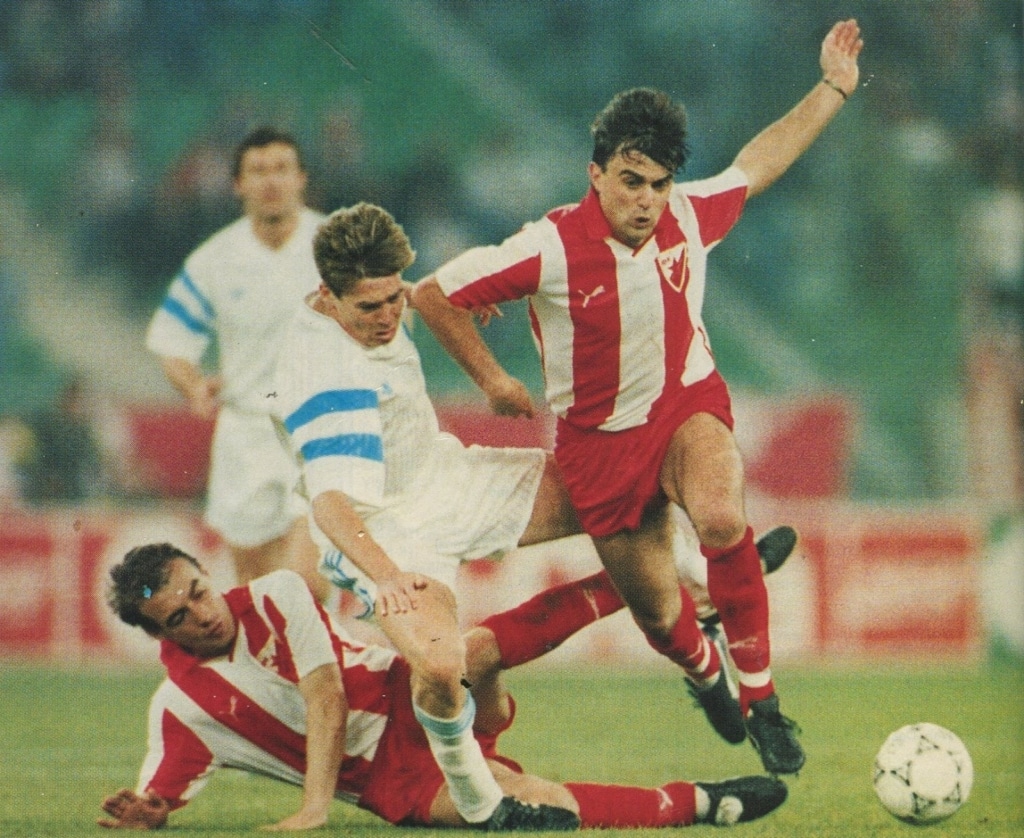 Chris Waddle was some player, during his time in England most notably with Newcastle, Tottenham and Sheffield Wednesday the fleet-footed wideman established himself as one of Britain’s best footballing talents.

However, it was back in 1989 when Waddle made the move to Olympique de Marseille that his slinky skills were truly appreciated. During his three seasons in Ligue 1, Waddle helped Marseille win three back to back league titles.

In his final season, they also reached the European Cup Final losing out on penalties to Red Star Belgrade, something Waddle famously experienced with England at the World Cup only a year earlier.

His goals, numerous assists and trademark trickery saw him become a firm fan favourite, so much so that in Marseille’s centenary anniversary he was voted the second best player of the century second only to club legend Jean Pierre Papin. 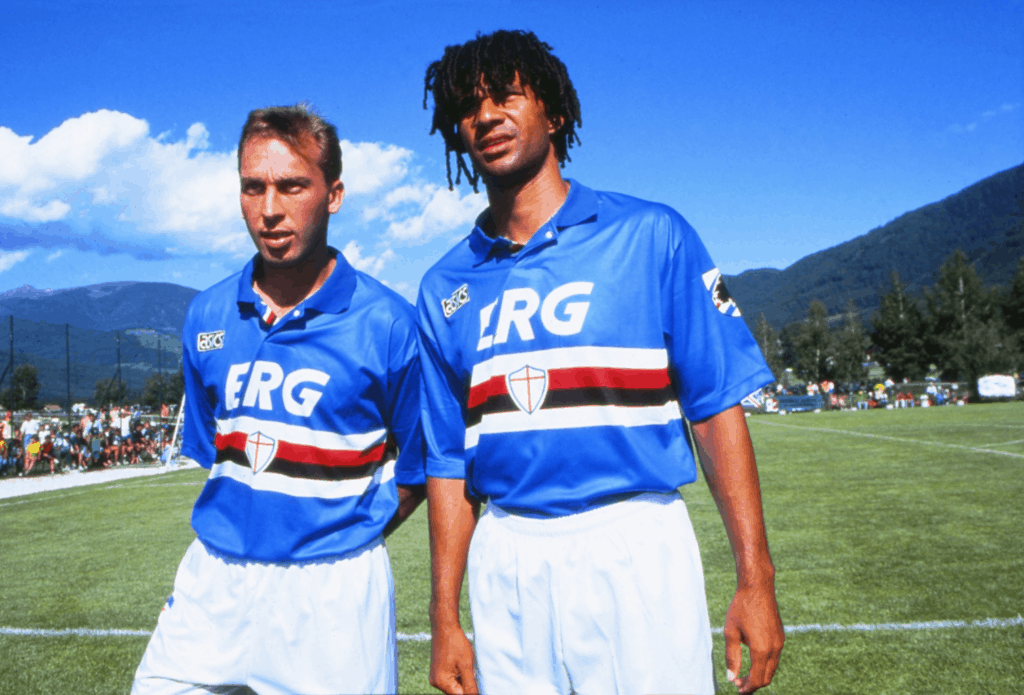 Many British footballers struggled to adapt to life in Italy and the more conservative, tactically astute nature of the game there. Star players from these shores that spent brief, unsuccessful spells in Italy include Trevor Francis, Luther Blissett, Des Walker and the aforementioned Denis Law and Ian Rush.

But one man who took to life in Italy with open arms was England’s 1990 World Cup hero David Platt. Initially signing for Bari in what at the time was a huge £5.5 million fee, a strong first season in Serie A wasn’t enough to save them from relegation.

With many suitors, Platt chose Juventus but thanks to restrictions on the number of overseas players allowed to feature in domestic games, Platt struggled for a starting berth.

He did, however, pick up a UEFA Cup winners medal before moving to Sampdoria and finding a receptive environment for his talents. Platt became a key player in an exciting attacking team managed by Sven Goran Eriksson and went on to win the Coppa Italia along with the adulation of the fans.

Feeling like an outcast and with nowhere to turn it was perhaps appropriate that Cascarino wound wind up at a disgraced Olympique de Marseille side that had been banished to Ligue 2 following a well-publicised match-fixing scandal.

In that first season in France Cascarino scored 30 goals as he led Marseille to the title. However, the authorities intervened and Marseille was denied promotion due to an ongoing investigation into their malpractice.

The following year Cascarino scored an incredible 31 goals as Marseille again made promotion, an honour that this time was permitted. Remarkably having dragged the team back to the top tier Cascarino was ruthlessly moved on in favour of some more glamorous names and found himself on the move to Nancy. In 109 games he netted 44 goals and at the end of his time there was awarded the Medaille d’Or, the highest honour the city can bestow – remarkable really.