Bellew v Haye II on Saturday night sees a delayed return to a fierce British boxing rivalry. In their fight last year Tony Bellew stopped his opponent in the tenth, Haye was hampered during the bout after he sustained a serious achilles injury that left him helpless, but showed his heart as he battled on regardless.

The war of words this time around has again been as spiked as ever with Haye perhaps giving Bellew a little more credit after falling to the Liverpudlian’s fists last time out. We asked our expert David Jarvis for his take on the match, having got it spot on with the first fight, and while we had him we also picked his brains about all the other fascinating goings-on in the current fight scene.

The MALESTROM: So let’s get to the big event on Saturday (Bellew v Haye II), there are so many so-called big boxing nights these days, but this feels like a proper, genuine event, worthy of the hype. How do you see it going?

David Jarvis: Well, it doesn’t feel like a genuine event to me. We have two inactive cruiserweights – sorry but I’ve never bought Haye as a heavy – going into a none-title fight after a long period of inactivity. Haye’s injury troubles are well documented and they will not have gone away. That’s a fact. A bicep problem while recovering from the Achilles problem has even delayed this rematch.

As a cruiser he was exceptional – but as a heavy, he has become a circus act. All about the promotion and the revenue. The fact that Bellew v Haye II is a pay-per-view event rubs me up the wrong way because Haye just doesn’t fight anymore.

He isn’t active enough and hasn’t done anything for years. I don’t believe as a fighter he is a pay-per-view attraction, or Bellew for that matter, though he has a better case than Haye.

Of course, I’m wrong because people will pay. But do they really want to see Haye swinging like an amateur again? Are we really to believe he can achieve the level of physical fitness and control to box the way he used to for 12 rounds? I doubt it.

I believe this could be Haye’s last act, win or lose and it’s all about his pension. He just doesn’t look like a man who believes or wants it anymore. At 37 he is old for a man who traded on speed and Bellew at 35 may not be far behind.

Two blown up cruisers coming to the end and meeting for a grudge none-title fight is a belting prospect I agree – but it ain’t pay-per-view, it ain’t that wonderful fight between Isaac Dogboe against Jessie Magdaleno (what a fight) but it is compelling,

I’ll agree. My fear is Haye has very little left – maybe even less than he thinks. It has been billed as revenge or repeat and I’m going for a repeat. I think Bellew was doing exactly what he said he would do last time and was looking to come on when the Achilles went. Late stoppage for Bellew.

TM: To be fair, you were one of very few pundits who called it right, but it’s hard to look too far past Haye’s Achilles?

DJ: Absolutely, plus his shoulder, the wear and tear from numerous injuries and maybe even his appetite for the game these days. That said – no one can question his heart after his dogged struggle last time.

TM: Both fighters have said they need a knockout to be in the reckoning on the heavyweight stage, but this could well end up turning into a trilogy, which would be a lot more fun?

DJ: Probably a trilogy makes more sense for both. I don’t see either really wanting a piece of Joshua or Wilder. Both are too small. If they can whip up enough interest for a rubber match that would be the way they would want to go. They may talk up the heavyweight picture to sell this fight – but that is all it is – talk!

TM: Do you think Haye’s body can hold up, Salas is no mug, and with Tabares back onboard it feels like Haye is taking this very seriously?

DJ: Trainer Ismael Salas and strength and conditioning coach Ruben Tabares will be on the safe side of the ropes and so, in all honesty, there’s only so much they can do at this stage.

My real problem with Haye is the way he boxed last time before getting injured. He was a long way from what he used to be. He said his mind was wrong but he looked the same in his previous two contests against poor opposition.

Will he be different because he has a new team? Maybe. I don’t think so. For me, his body has gone and he knows it, but the purse is too big to walk away from so he will do everything he can to be prepared. That doesn’t mean he will be.

TM: Do you think Bellew will adopt a similar strategy? Haye was ahead on the judge’s cards before the pop?

DJ: I think David Haye will fight differently this time which means Bellew has to also. Haye knows he will have to try and wear Bellew down before swinging – he missed wildly when Bellew was fresh last time – so it may be more cat and mouse for the early rounds.

I still believe Bellew has Haye’s number and believes if he can stick around for four or five rounds Haye will tire and become ineffective and he will take over. Pretty much how I see it. The tactic is the same as before – avoid the haymakers for a few rounds and then wear him down. But Bellew may have to be more careful for longer this time. 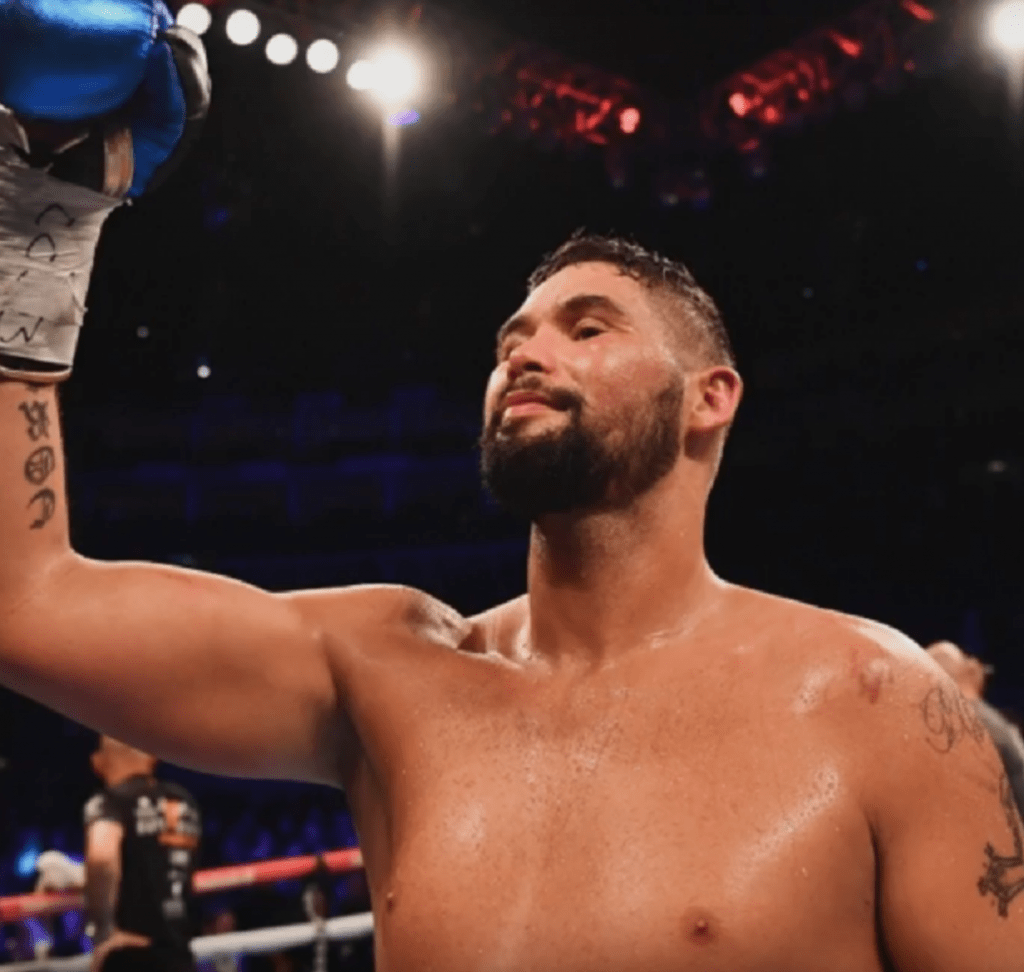 TM: Looking around the division, fitness permitting, you wouldn’t give the likes of Parker and Whyte (despite how impressive he was last time) and half a dozen of the rest – Breazeale etc much chance against either Bellew or Haye would you?

DJ: Yes I would. Parker and Whyte beat Haye and Bellew seven days a week for me. Not so much Breazeale who moves slower than the Statue of Liberty and is a bit of a punchbag. Povetkin and Ortiz certainly have too much for them at this stage too.

TM: What on earth is going on with the Wilder/Joshua fight? It wouldn’t be a bad thing if it didn’t happen yet to be honest, another fight for Joshua and some more rounds would stand him in good stead?

The boxing world needs that fight to happen next. Let’s face it either of these two could get chinned before the match is made so let’s just do it – no warm-ups needed. Wilder showed a great chin and heart against Ortiz which means he has something none of us thought he had. That makes the Joshua fight even more mouthwatering.

The $50million stunt was great – it builds the fight – I believe it will happen though I don’t think the $50million stunt will have anything to do with it. The public wants it and both men know if they don’t make it now that governing bodies and mandatory defences could upset the apple cart and the pot of gold could disappear forever.

Now that’s what I call a pay-per-view fight. Joshua earned it against Klitschko and now Wilder has earned it with his showing against Ortiz. In the words of the old ref Mills Lane: “Let’s get it on.”

TM: On a relevant side note, how do you see it going with Fury? How long and who are the potential opponents that could get him up to speed? Dillian Whyte against Fury would be pretty entertaining.

DJ: For me, Dillian Whyte is an excellent fighter. I’ve always liked him and putting Fury in with him now could be too much too soon for Fury. I’m not sure it makes sense for Whyte either who is closing in on a title shot.

That said when Ali came back after the three and half year lay off he went straight in with Jerry Quarry. But that was Ali. Maybe old foe Chisora, possibly Dave Sexton – or maybe even Bellew or Haye?

Stranger things have happened but I think they are safe winnable fights for Fury who let us not forget is still the man who beat the man. I see a Chisora/Sexton type fight before possible Whyte/Haye/Bellew and then the big one. Twelve to eighteen months.

TM: Of the pretenders, Joyce seems to be on the fast track, mind you, he is 31! He’s got an exceptional amateur pedigree?

DJ: He is still young for a heavy but has still only had two fights. Yes, the amateur pedigree is there but it is still too early to say. He boxes with great maturity though. I agree – they will not wait around with him – you get the feeling he will be matched harder than Joshua was much earlier in his career. Obviously, he is a very exciting prospect at this stage.

TM: Dubois has caught the eye, it’s obviously early days, but there’s definitely something there? It’d be good to see Frank Warren involved in the big nights again as well.

DJ: Frank hasn’t gone away. He is still there with Queensberry Promotions and his BoxNation and BT Sports deals. Dubois looks like a wrecking ball and could be Frank’s heavyweight hope. But Tyson Fury is with Frank too. Dubois is at a similar stage as Joyce. Great prospect.

TM: Further afield, DeGale righted some wrongs but to very little fanfare? What’s next for him, from a British point of view, Groves would obviously make sense. Feels like they both need that fight?

DJ: Groves has got to worry about his shoulder recovering in time for the fight with Callum Smith in the World Boxing Super Series final first. DeGale was unconvincing in regaining his IBF super middle crown in the rematch against Caleb Truax.

The truth is it was another struggle – but this time he won. I think the Groves fight makes good business sense for both men who can’t be far from the end.

TM: And Khan vs Brook. A bit like Haye/Bellew that spectacle wise could be an epic occasion? Seems pointless for either of them to go chasing titles right now?

DJ: Another case of two domestic fighters who have done themselves proud on the world stage finding that the biggest purse available is in a domestic dust-up. I just hope it happens. Like the man said – if it makes money it makes sense.

TM: And finally if you could make any three fights right now what would they be?

DJ: We are in the fortunate position of great fights actually being made like Selby v Warrington, Lomachenko v Linares and Stevenson v Jack which are all coming up.

Obviously top of the wish list is Joshua v Wilder. I would follow that with Frampton v Valdez and Spence v Danny Garcia – maybe throw in Billy Joe Saunders against Canelo or Billy Joe against Golovkin for good measure.

Who’s your pick from Bellew v Haye II? Let us know in the comments.

David has been writing about boxing since 1995 starting for Boxing Monthly as their reporter doing British, European, Commonwealth and World title fights. He says it was a privilege to be their York Hall man covering fights there and others on the domestic scene. After a move to Scotland, he became The Scotsman’s boxing writer (as well as news editor). He now contributes to Boxing Monthly, doing features.