So the strongest Lions squad ever assembled has fallen at the first hurdle, and with the greatest respect to an excellent first-half effort, most would agree with relative ease. Far from the expectation of a series that the Lions could potentially win by strangling the life out of the rampaging All Blacks at the set piece, and causing havoc at the breakdown, it was indeed a complete role reversal.

In fact, New Zealand were so powerful and physical George Kruis appeared to surrender his arms, penalties came and points were added, there’s no doubt the Lions must improve their discipline, or a whitewash is surely on the horizon.

In keeping with the strongest squad claims, when Billy Vunipola and not forgetting Stuart Hogg are fit and available, the case could certainly be argued. What would Warren Gatland give to have a player of Vunipola’s talent and presence coming into this second test to counter the overwhelming influence of New Zealand captain Kieran Read?

It’s not to be and changes within the available match day squad are surely afoot, Sam Warburton tour captain select must come in to counter the breakdown issues and alongside him, in the pack, Maro Itoje has to start in a win or bust game in Wellington. After that it’s down to the uncompromising thoughts of Warren Gatland, does he stick with the same attacking and inventive back three of Williams, Daly and Watson or look to the safer hands of Halfpenny or the emerging Jack Nowell.

In the front row, bar the fact there were another 80 minutes for a weathered and ageing Rory Best you’d absolutely fancy him in Saturday’s line-up, a tenacious scrummaging hooker versus a test novice in the form of George, as excellent as he’s applied himself, experience could be the vital ingredient.

The ferocious tackling and abrasive approach of Courtney Lawes give him a huge claim for a test jersey and if not, most certainly a place on the bench, which begs the question what to do with Kruis and Wyn-Jones? Kruis’s place in the midweek squad would suggest that Gatland will favour the reliable and experienced Wyn-Jones in the matchday squad at least, although after much huffing and puffing it’s hard to see him in the starting lineup.

This is, without doubt, a talented squad but it’s lacking something, what exactly isn’t abundantly clear. They need an x-factor, to play less rugby in their own half, to do what successful northern hemisphere teams have done down south in the past, squeeze the life out of them.

The X-factor could well come in the form of a rampant and explosive Itoje Lawes and when it comes to the squeeze, it has to be their leader and breakdown specialist Sam Warburton. Injuries aside he was given the armband pre-tour and like the many great men before him, think Paul O’Connell, Martin Johnson and the last man to lead the Lions to victory in New Zealand John Dawes, it’s now time to step up to the plate.

The Lions have one game and that our friends is that. Lose and the ‘greatest squad’ ever assembled will be consigned to the history books, win and they’ll have achieved something no team has managed for 8 long years, and with that, the dream can commence for another week at least.

But beware New Zealand will improve,  significantly … and that’s a worry.

Our yearly trip to SW3

With much of Britain drenched in a sea of rain this week, it signals that Wimbledon is once again upon us. The pristine grass courts, strawberries and cream, well-heeled celebrities in royal boxes and of course some of the best sporting action on offer.

With ‘our’ very own Andy Murray looking very relaxed as he sits top-ranked in the world and seeded number one, a well-rested and age-defying Roger Federer chasing a record number of wins and an Andre Agassi inspired, second-seeded Novak Djokovic searching a return to form it’s sure to be as tense and dramatic as ever. Throw in a resurgent Rafael Nadal and this year’s Men’s draw could be an absolute classic. 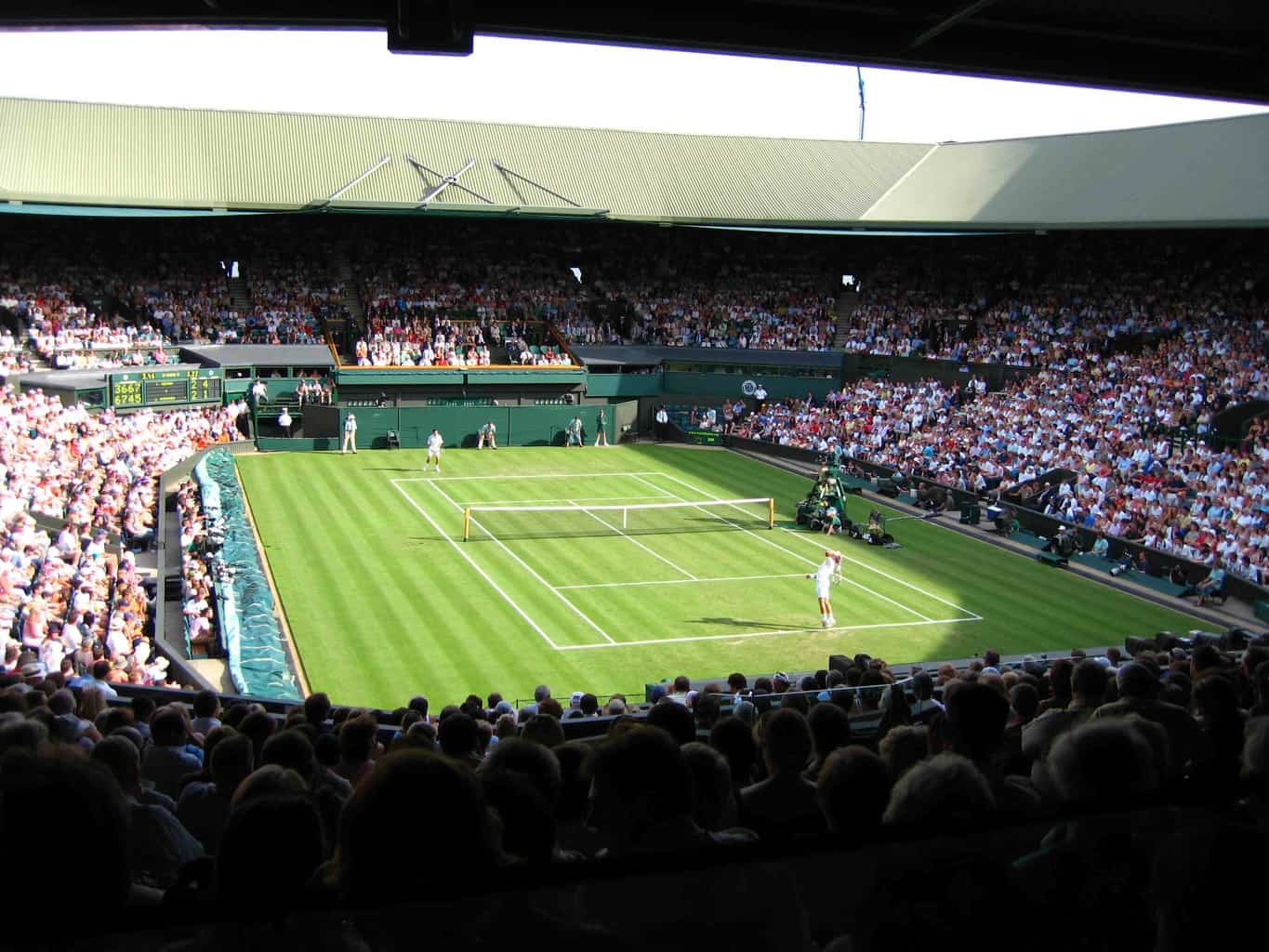 Over on the women’s side some serious opportunity knocks this year as champ for the last two years Serena Williams is pregnant and unable to defend. Will it be top seed Angelique Kerber who steps up to take the crown after defeat in last years final?

They’ll certainly be tough competition from Romania’s Simona Halep, still smarting after coming runner up in the French Open she’s hungry for her maiden major title. And don’t count out Britain’s Johanna Konta, who sits around the 9-1 mark with the bookmakers, could we really see a British Men’s and Women’s double, a better chance might never present itself! Whatever the result, it looks likely they’ll be a new name on the Rosewater dish come the final Saturday of the championship.

Fresh off the back of England’s now routine defeat to Germany on penalties in what was a one-sided affair in the u21s European Championships, question marks will once again be raised about the Three Lions’ football future, despite the heroics of u20s at the World Cup in Korea.

A quick glance at the early transfer business and rumours and it’s no wonder our younger charges are undercooked when it comes to tournament football. Playing time has been sparse at the highest level for many of these young lions and with transfer milestones set to be surpassed again this window, the trend looks set to continue. Everton have made the early running with what looks like some decent additions, but at what cost – £30 million for the young, albeit talented Jordan Pickford sets the tone for what will be another Summer of truckloads of cash being paid for largely unproven talent.

Liverpool have had their wings clipped in pursuit of Virgil Van Dijk, but they’ll be a whopping £70 million better off for it, but it’s in Manchester and West London where we’ll see the biggest financial flexing. Expect Bonnucci, Sandro, Perisic, Morata to be Premier League regulars and if Lukaku and Sanchez make controversial switches then the roundabout could spin out of control. Added to that, when you consider new boys Huddersfield are spending £11.5million on the unknown Steve Mounie you know the silly season’s in full swing.

The return of Test cricket

England’s defeat of South Africa in the Twenty20 series was a masterclass in how to play the shortest version of the game, but be under no illusion, this has no bearing on the tests that lie ahead. The return of some familiar faces in the shape of Jimmy Anderson and Stuart Broad, plus the prospect of an Alistair Cook, unburdened of the Captaincy, at the top of the order make for good reading on the team sheet.

Johnny Bairstow’s impressive form will be key, if he can carry on bludgeoning boundaries as he did in the Twenty20 series then England will have someone they can rely upon to keep the scoreboard ticking round. A big question to be answered will be whether Joe Root can maintain his superhuman standards while shouldering the burden that comes with being made Captain, we certainly hope so.

England will be glad not to see AB de Villiers in South African whites as he continues to take a break from Test cricket, as well as the rapid pace of Dale Steyn. Despite their notable absences they still pose a serious threat, most likely in the shapes of Morne Morkel with the ball and Hashim Amla and skipper Faf du Plessis with the bat. An intriguing series awaits.