There’s little doubt that modern footballers are fitter and stronger than ever before, with every element of their lives catered for, of course, at the highest level, the attention to detail, particularly at the top clubs, is astonishing.

Nowhere is this more evident than in the Premier League, where English football, the trademark of which has always been pace and power is undoubtedly quicker than ever.

Perhaps, for this reason, it’s becoming increasingly difficult for players to continue performing at such a high level into their twilight years.

However, there have been a number of players that have managed to turn back the clock in the Premier League era and continue playing well into their late thirties, even, forties. Here’s our ultimate oldest Premier League XI.

There’s actually a plethora of goalkeeping options when it comes to selecting an oldest Premier League XI. You could choose from Mark Schwarzer, Brad Friedel who holds the record for the most consecutive premier league appearances (310) and John Burridge who remains the oldest player having turned out for Man City at the age of 43.

In fact, Artur Boruc is still plying his trade on the south coast with Bournemouth at the ripe old age of 39! But it was hard to look past a man who made over 400 appearances for Arsenal, while also turning out for QPR and latterly Man City. David ‘safe hands’ Seaman gets the nod for a trophy-laden career that saw him keep a record 130 clean sheets.

Another Arsenal stalwart Nigel Winterburn, solid, unspectacular, but most importantly reliable, it’s hard to imagine a modern full back – with the increasing demand to launch themselves up and down the flank for ninety minutes – getting close to Winterburn’s age, who was 39 when he hung up his boots.

After a successful career at the gunners, he made the switch to East London, notching up an impressive 82 appearance for West Ham. Amazingly Winterburn only managed 2 full England caps, scant reward for one of the Premier League’s most consistent performers.

The man who was largely responsible for Winterburn’s lack of international caps is the legendary Stuart Pearce who also played football well into his 40thyear.

In a career that saw him loved by home and opposition fans in equal measure, his no-nonsense tough-tackling approach singled him out as one of the toughest competitors of his generation. Remarkably Pearce earned the last of 78 England caps in a Euro 2000 qualifier against Poland at the age of 37 – legend. 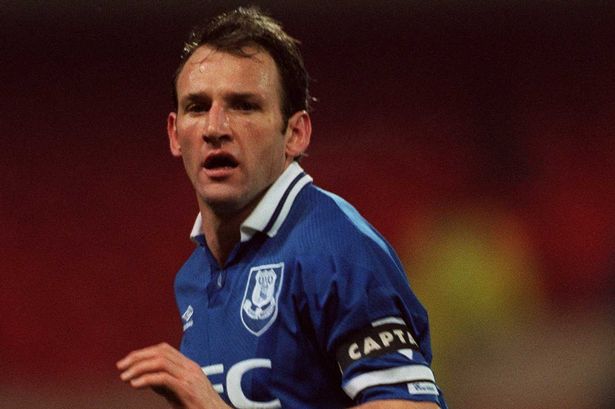 Talking of tough as old boots no-nonsense types, former Everton centre half Dave Watson ticks all those boxes, which is why he was probably able to make a solitary appearance for Everton in the 2001 campaign also at the age 39.

Despite spending 15 years with the toffees and cementing his status with Gwladys Street faithful, Watson also clocked up over 200 appearances for Norwich and was entered into their Hall of Fame.

Making up this rather unconventional back four is Middlesbrough man Colin Cooper who racked up over 600 first team appearances not just in the North East, also turning out for Millwall and Nottingham Forest after a big money move in the early nineties.

It was his performances for Forest that saw him called up to the England squad, but he only managed a handful of caps. His second spell at Middlesbrough followed and despite the many big-name signings the club made at the time he continued to be an important and reliable member of the squad until the age of 39.

Signed for Manchester United all the way back in 1981 for a then British record transfer fee of £1.5million, Robson would go onto become the clubs longest serving captain. Regarded by many in the game as one of the best midfielders of his generation, Robson was a genuine box-to-box midfielder, with a great goal scoring record.

However, his highly competitive nature led to many injuries, despite this, he still racked up 90 England caps, captaining the country on 65 occasions. He ended his career at Middlesbrough, playing his last game against Arsenal ten days before his 40thbirthday.

There are indeed many formerly great players whose footballing nous allowed them a prolonged career, both Ray Wilkins and Trevor Francis played well into their late thirties. But, we’ve opted for Blackburn Rovers cult legend and surely one of the best ball-playing midfielders the Premier League has seen.

Quite how Tugay, and with the greatest respect to his former employers, didn’t wind up at Barcelona or Milan, or any number of Europe’s biggest clubs is a mystery. The fourth oldest Premier League goalscorer retired too early at the age of 38. 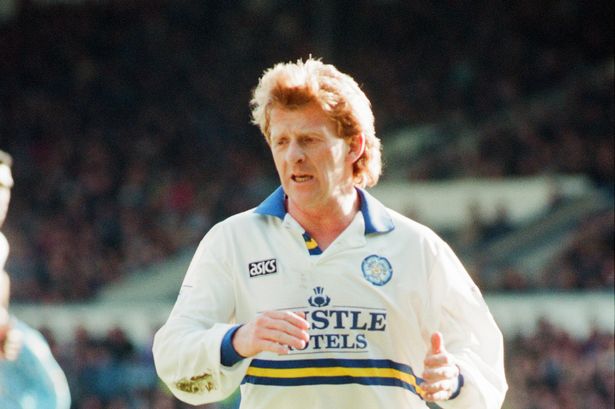 Even to this day in his sixties, Gordon Strachan doesn’t look a day older than when he called it quits at the age 40 while donning the sky blue colours of Coventry City.

A quick, agile and aggressive midfielder, Strachan lost none of that edge as he reached the end of his playing career. Was part of a Leeds midfield that contained Gary McCallister, David Batty, a young Gary Speed and Eric Cantona just in front, that won the old First Division just prior the birth of the Premier League.

Of the many accolades that Giggs received during his storied career, it’s perhaps a little surprising that this lightning-fast wide man whose early United career was beset by sporadic injury problems managed to continue playing at the highest level until the age of 40.

During his time he won more trophies than anyone else, played more European games than any other player and holds the record for the most assists in Premier League history with 271. One of the first names on the teamsheet for an oldest Premier League side. 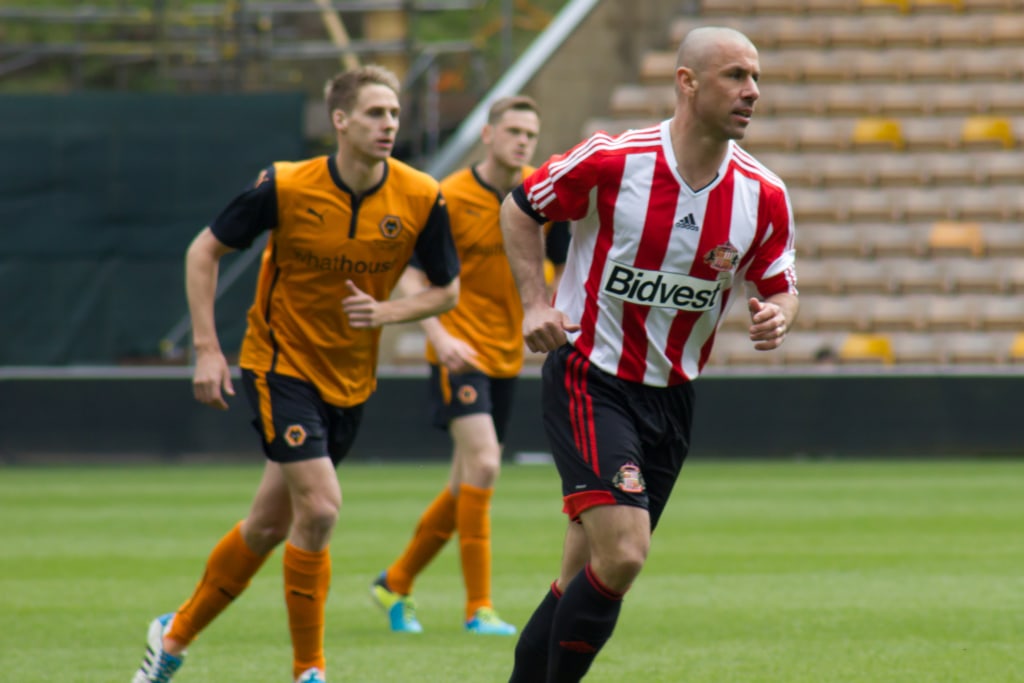 A feat that earned him the European Golden Shoe. The goals kept coming, yet despite his obvious talents a move to one of Premier League’s powerhouse clubs, despite being touted, never materialized. A model professional.

Teddy Sheringham actually continued playing for another two years after, turning out for Colchester United at the age of 42.