With the World Cup 2018 in Russia merely three weeks away, and with England’s young lions set to embark on a potentially career-defining tournament in both a good way or bad, led by their similarly inexperienced, yet composed manager Gareth Southgate, we thought we’d take a look at what awaits in the form of World Cup first-timers and Group G opponents Panama.

As we take a first glimpse in our new series looking at the lesser known nations competing at this summers tournament, so you can impress your mates down the boozer by looking all clever and that. Introducing Panama…

For a nation whose national sport is baseball closely followed by boxing (Roberto Duran anyone), football has never really been taken to the hearts of the Panamanians, mainly due to their close links to the US and the inevitable influence that has had on their popular culture.

However, all that could be set to change this summer, as one of the smallest nations in the tournament, just their sheer presence is a massive overachievement. Qualification signalled the birth of a new national holiday, and if these boys can pull off any kind of a shock, Panama might just go as football crazy as the rest of the Central American countries.

The most southern of the Central American countries, Panama is dovetailed by Costa Rica to the west and Colombia to the southeast and has a population of approximately 3.5 million people, which roughly equates to half the population of the North West of England. Having originally been colonised by Spain in the 16th Century, Panama gained independence in 1821 only to become part of the Republic of Gran Colombia that same year alongside Ecuador, Venezuela and of course Colombia.

After many incarnations, all of which were aligned with Columbia during the 19th Century, Panama only managed to gain true independence in 1903, thanks to a little help from the US who were eager to construct a trade route linking the Atlantic and the Pacific Ocean, which of course is the Panama Canal. America allowed Panama to share control in 1979 and until only as recently as 1999 they shared responsibility before handing the reigns over completely. 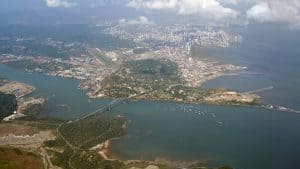 Although Panama is only a small country, there are around 1,500 miles of coastline, resulting in a wealth of pristine tropical beaches to acquaint yourself with and Panama is the only country in the world where you can watch the sunrise on the Pacific Ocean and set on the Atlantic. It is also home to more species of birds than the whole of the US and Canada combined, which might explain a little about the landscape as Panama City is the only capital in the world that has a rain forest within its limits.

Well the aforementioned Panama Canal, of course, one of the seven wonders of the modern world. However, in a more contemporary global economic sense, Panama has become renowned for the quality of their coffee beans. In particular from the Geisha plant which has become one of the most expensive coffee crops in the world.

Originally found in Ethiopia it somehow made it’s way to Costa Rica, whereby the Panamanians seized on its potential and have successfully grown it since. Starbucks began selling it, which might explain their often exorbitant pricing.

Aside from that you collectively sing out, the Panama Hat?! Well, ironically Panama Hats originate from Ecuador where they are still made to this day. Back in the mid 19th Century with minimal international commerce, Ecuadorian hat makers relocated to the bustling trade centre of Panama where the many foreigners passing through purchased and furthermore went on to refer to them as Panama Hats – for obvious reasons. 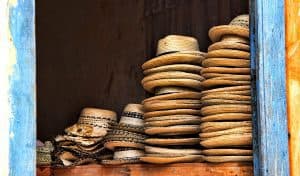 The Panamanian Flag consists of two stars blue in the top left corner to represent the country’s Conservative party, and red in the bottom right to reflect the opposing Liberal equivalent. The white background represents peace, while the alternate corners feature a red and blue quarter which align to the notions of purity and honesty (blue) and authority and law (red), although if colour scheming is relevant to political parties those colours might be the wrong way round. 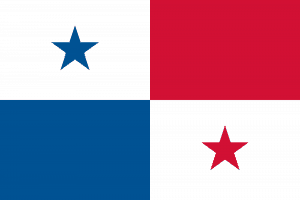 And to the beautiful game itself. How did Panama negotiate their route to their first ever World Cup Final appearance? Well, it makes for quite impressive reading and England should certainly not write them off completely, especially when considering recent catastrophic failings at major tournaments.

Ranked 55 in the world by FIFA, Panama didn’t make an easy job of it, but two impressive draws with Mexico and one with the USA left them needing victory over Costa Rica to secure their passage, they duly did so winning the game 2-1, after a dramatic final few minutes saw captain Roman Torres score an 88th minute winner against their neighbours.

Hernán Darío Gómez or El Bolillo (The Baton) is a former Colombian footballer who believe it or not holds the distinction of being one of only four managers to have taken three different teams to the World Cup. He took his homeland Colombia in 1998, before taking Ecuador to their first ever finals in 2002 and of course, has repeated that feat with Panama, he was also voted CONCACAF Men’s Coach of the Year in 2015.

His experience in this setting is going to be absolutely key, and if the recent friendly against Denmark where they suffered a respectable 1-0 defeat is anything to go by, Panama will likely play with five at the back and try to stifle the opposition attack. He’ll no doubt have looked at the Icelandic model for success, there’ll be no lack of effort or physicality, maybe just the necessary quality.

Captain and linchpin Roman Torres is going to be key to Panama’s fortunes this summer. The burly centre half became a national treasure after his goalscoring exploits against Costa Rica in the final qualifier and with 108 caps for his country, he’s going to need all that experience when facing Kane and Lukaku. He once had a trial at Nottingham Forest and after impressing, a move looked likely but fell through, he can now be found plying his trade in the MLS at the Seattle Sounders, where he scored the crucial penalty in a shootout as the Sounders won their first-ever MLS Cup in 2016. Expect Torres to be their star man.

Elsewhere any hopes probably lie with the experienced striking options, ageing forward Blas Perez has played for more clubs than Steve Claridge but has a knack for finding the back of the net, having done so 43 times for his country. But on this occasion, the 37-year-old might find himself overlooked for the more spritely Gabriel Torres. Torres once had a trial with Manchester United back in 2007 and if Panama are going to pose any goal threat expect this man to be at the heart of it.

Panama is looking at anywhere between 500/1 and 1000/1 as overall winners, which tells its own story. However odds of 11/5 to beat Tunisia in the final group game look good value and if England or Belgium were to have a not too unfamiliar meltdown, Panama is 9/1 to make it out of the group.