90s menswear style has never been hotter than, well in the 90s, and it’s not looking like letting up anytime soon. Taking a walk through East London these days is like getting out of a lift in 1993, which is a bit of a head trip for those of us who were actually teenagers then. From TV to Music, Art and Film, popular culture is awash with all things 90s menswear nostalgia.

Styles always come back around and the period that gave us Hanson, Dawson’s Creek and the Tamagotchi, also provided some worthwhile moments. So what are the items we’re seeing back in vogue? We got the lowdown from our style surveyor Natalie Wilson on the biggest trend of the year and how you can make the look work for your day-to-day wardrobe.

Fashion In The 90s

During the 90s, fashion moved on from the 80s excess and turned into a much more relaxed rebellious style. The start of the decade saw the birth of the grunge trend and a dramatic rise in streetwear.

Trainers and athleisure wear became the norm and teens and men looked up to musicians such as Tupac and Justin Timberlake as their style icons. Clothing was generally loose, baggy and casual and this trend dominated the 90s.

Which Items Are Making A Comeback?

Whether it’s due to a mixture of style and reminiscence or just ease, there are many iconic fashion items of the 90s that are having a major comeback this year.

Whilst womenswear has seen this trend grow steadily over the past couple of years, the 90s trend seems to have hit menswear hard this year and has had an influence on the items available from many brands and stores.

When hip-hop became mainstream in the 90s, so did snapback hats. Also known as trucker caps, the trend, which originated with many rappers, soon became loved by men all over the world.

Recently, these caps have been huge within menswear, with almost every fashion retailer selling variations of designer snapbacks or designer trucker caps.

The hats typically feature a logo or graphic and are available on all budgets, big or small. Don’t forget to wear them only forwards or backwards though, the sideways trend stayed (thankfully) in the 90s. 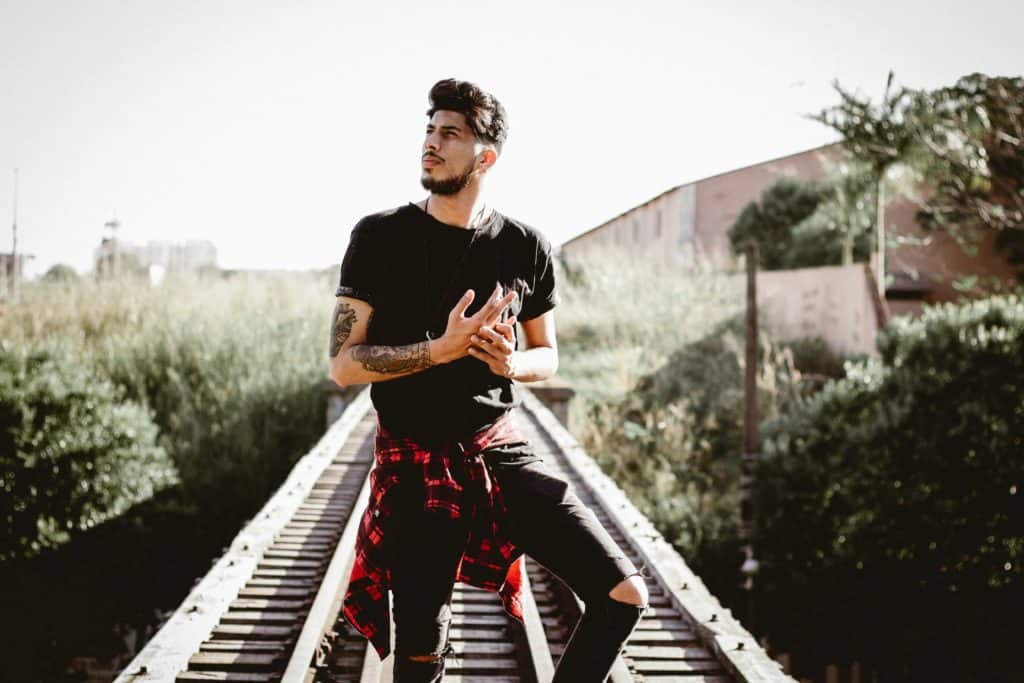 Grunge was a huge part of 90s fashion with music icons like Kurt Cobain and Eddie Vedder leading the way and nothing quite said grunge like a pair of ripped jeans.

A lot of men wore these jeans as a symbol of rebellion which seemed to dominate the 90s and although they aren’t quite the rebellious statement these days, they still add an edgy look to any style.

If the 90s skating culture brought us anything, it was the graphic t-shirt trend. Originally only loved by a small, select crowd, the t-shirts were usually black or white and had a large colourful print on the front.

These days, men’s printed t-shirts are a huge deal and many designers have backed the trend. With huge fashion houses like Gucci, Moschino and Saint Laurent releasing their own take on the look, it seems like they’re set to stick around for a while longer.

Dressed up with an open shirt or dressed down with a pair of ripped jeans and trainers, you can wear a printed t-shirt anywhere, anytime. 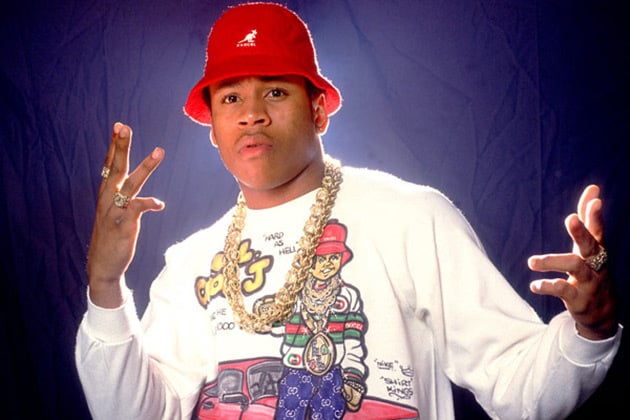 Rappers loved their hat-wear in the 90s and, like the snapback, they soon became a symbol of the decade.

Just like bumbags, they are the marmite of the fashion world, yet bucket hats have seen a huge increase in sales and are now bang on trend again.

Loved by festival-goers, these are a wardrobe essential and are perfect for pairing with a casual outfit. Gold chains and Rolex watches are optional.

Another 90s fashion staple, dungarees quickly lost their appeal for men. Whilst women have been rocking the trend since men soon ditched the trend in favour of baggy jeans.

Once worn by Will Smith in the Fresh Prince days, they were particularly stylish if worn with one strap hanging down. Now that the trend is coming back, they are a much more relaxed fit and are more tailored.

If you’ve got enough confidence to wear them again and go full 90s, they look great styled with a graphic t-shirt.

Loved by boyband members, turtleneck jumpers were a softer alternative to the grunge and hip-hop led fashion trends of the decade.

Turtlenecks are set to be big in the AW18 season and are now available in more styles and colours than they were originally. Whether you go for a fitted, cosy or ribbed design, you’ll be wearing one of the biggest trends this year. 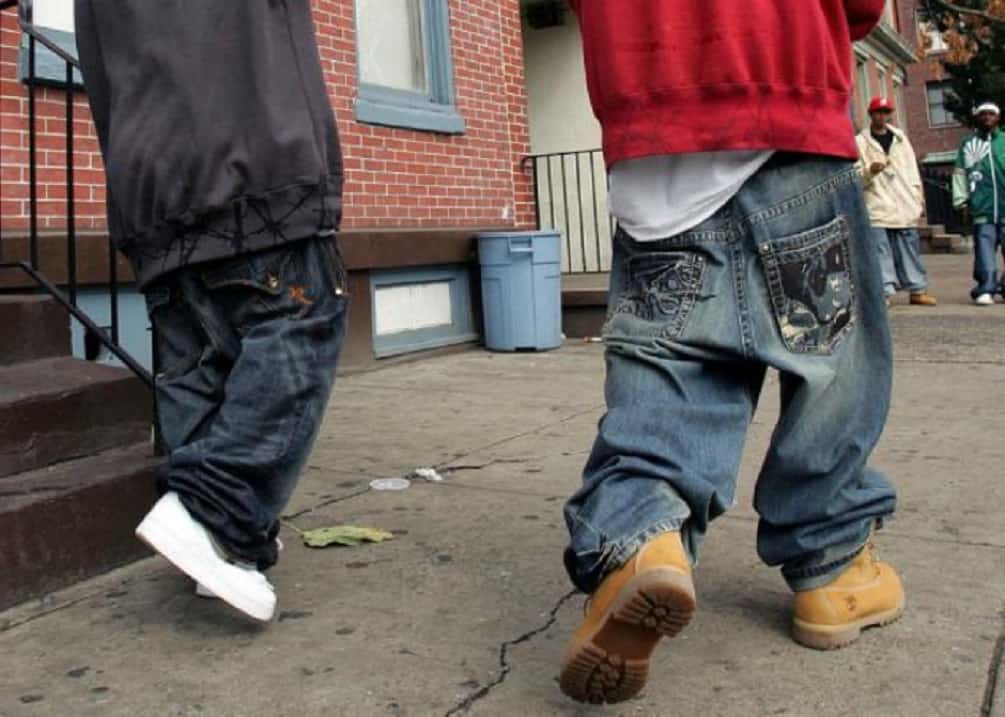 Another trend set by hip-hop stars, baggy jeans were a big deal in the 90s. Typically, the rule was the baggier, the better and looked especially stylish with an oversized white t-shirt and bandana.

These days, however, pair them with a plain regular fitted t-shirt for a better look. Don’t forget your wallet chain if you really want to pull off the genuine 90s look!

This style item has dipped and resurfaced many times over the past 10 years but has never really stuck around. This year, however, it seems that the oversized check shirt is back for good.

Typically worn and loved by grunge and hip-hop fans, if you’re wanting to nail the look this year you’re best wearing it tied around your waist or open with a graphic or plain t-shirt underneath.

These shirts have had a big presence in fashion shows throughout the year and are set to be big this AW18 season, so get yours now if you want to keep up. And for these balmy Summer months be sure to get on the Hawaiian Shirt vibe, like now.

Part of the athleisure trend that was much-loved during the 90s, windbreaker jackets are currently making a huge return to men’s fashion.

Lightweight and wind-resistant, much like the name suggest. To get the look wear with a relatively plain outfit. If you’re feeling especially daring, go for bright or bold colours.