Blockbuster Movies: The Most Expensive Film Flops of all Time

Unless you spend your life wearing noise-cancelling headphones accompanied by one of those eye masks you wear on long-haul flights, then you’re probably aware that the World Cup has started – cue broken promises and shattered dreams, or maybe not? Either way, it’s going to be a four-week footballing festival, which should set us up perfectly for the new Premier League season (fixtures are out by the way). However, if you’re not a football fan, one can only imagine, it must be sheer torture, like that scene from A Clockwork Orange – you know the one. Well rest easy, footy fan or not, there will be brief moments of respite, and there’s plenty going on around the UK these next few days, here’s our Weekend EDIT… 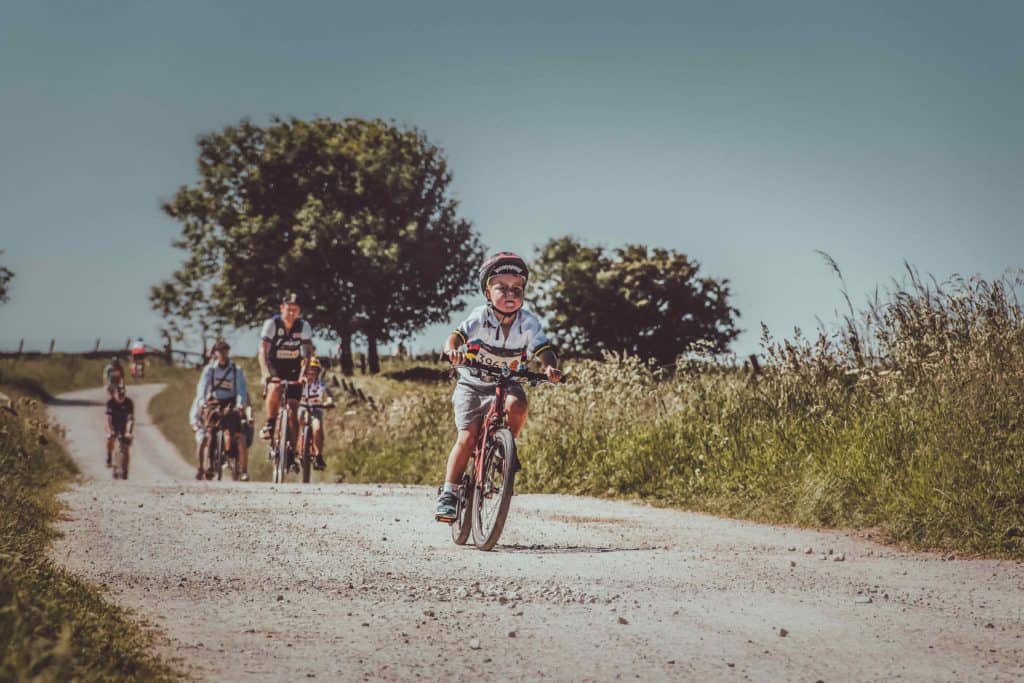 Lovers of retro cycles will probably need no reminder of the Eroica Britannia festival that opens its gates tomorrow in the stunning surrounds of Derbyshire’s Peak District. This 3-day celebration of all things bike and indeed vintage is in its fifth year and is set to be bigger than ever. There’s plenty to do for all the family, bike fan or not with food, a fairground and live music, everyone is catered for. Sunday sees the showpiece event with thousands of riders completing over a 30, 60 or 100-mile route on pre-1987 retro road bikes. Quite the spectacle and not to be missed for any lovers of two wheels. 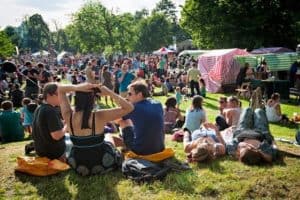 The magnificent and sprawling Crystal Palace Park will this weekend play host to the main event of the Crystal Palace Festival which has been running all this week. As Saturday takes centre stage for the free entry extravaganza of music and arts that looks set to topple last years enormous turnout of nearly 30,000 people. And there’s a good reason why, especially with legendary Hip-Hop performers Stereo MC’s headlining in the evening. There’ll also be performances from the equally lauded Rodney P & Skitz, and in the appropriately named Spoken Word tent, wordsmith extraordinaire Polarbear will be mesmerising the crowds. Should be a blinding day. 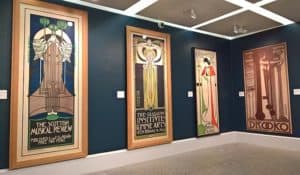 If you’re North of the border then why not head on over to the Kelvingrove Art Gallery and Museum in Glasgow, as it celebrates the 150 year anniversary of Charles Rennie Mackintosh and a look at his lifetimes work and the impact it had on creating the Glasgow Style. Featuring around 250 objects including stained glass, ceramics, mosaic, metalwork, furniture, stencilling, embroidery, graphics, books, interiors and architecture, there’ll also be additions from private collections. 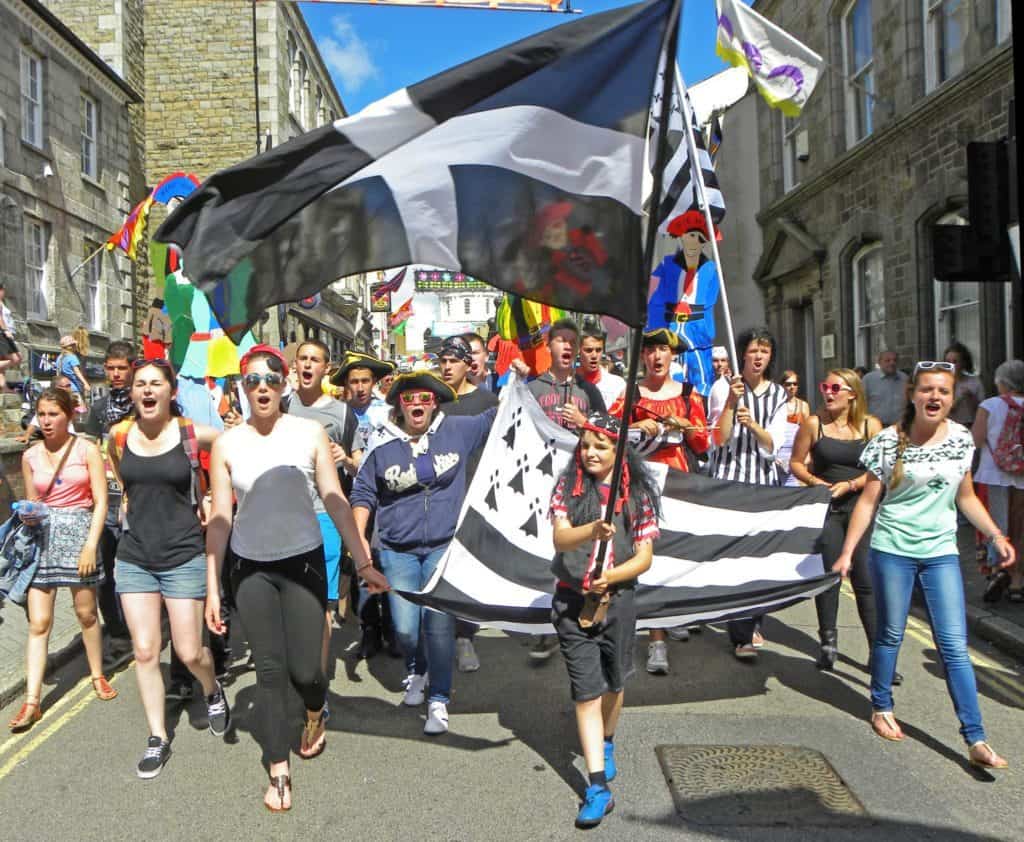 They know how to put on a good event down in the South West and Cornish hospitality will be at it’s most inviting this weekend as the gates of Penzance are flung open to visitors in celebration of the traditional Feast of St. John. There’ll be street performers, music, art, local food and much more as the town becomes one big festival of fun, saturated in colour and laughter and drink and smiles and, well, why not just head down and check it out. You’ve got until the 24th so no excuses. 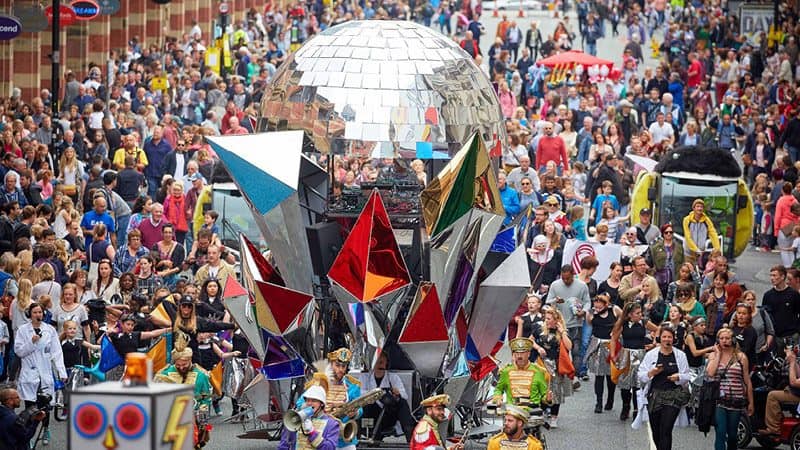 Manchester Day 2018 promises to be even bigger and better than ever. As well as an amazing parade through the heart of the city, Manchester’s city centre squares will feature a dazzling array of performances, decorations and mouth-watering food and drink throughout. Now in its eighth year, Manchester Day is the event that best encapsulates the city’s pride, diversity, community spirit, strength and solidarity – a proud celebration of Manchester people and their shared history.

Taste of London at Regent’s Park 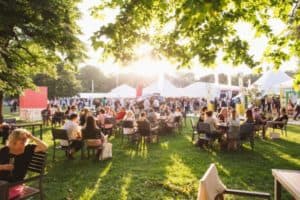 This five day, fill yer boots festival in Regents Park is a foodie lovers paradise. The great and the good of the London restaurant scene will come together in one space to tantalise your tastebuds in an exhibition of the capitals best cooking. There’ll be demonstrations from world-class chefs, hands-on classes, artisan bakers and producers demonstrating their bespoke creations and whisky and craft beer tasting, sounds too good to be true. Why not check it out, just remember to wear those keks with the elasticated waistband. 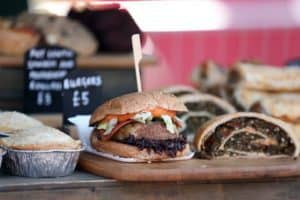 If you find yourself in the wonderful county of Yorkshire this weekend then why not get over to Leeds Town Hall which will be taken over by The Great Yorkshire Vegan Festival for two days – awash with over 130 stalls of food, drink, cookery demos, live music, kids activities, street food and workshops. What more could you ask for? Healthy eating, healthy living – get some clean grub down yer neck at what has been voted the UK’s best vegan festival, they also do some great charitable work.

Okay, we were trying to offer an alternate guide, but it is the World Cup and for us lovers of the beautiful game, it’s party time. And where better to watch the football than on the beach. Yes folks, the wonderful people at Luna Cinema are screening a whole host of games just a stone’s throw from the magnificent Brighton Pier. They’ve also got the highest definition outdoor LED screen in the country, and with the next four weeks set to be a scorcher, this might well be the best place in the country to watch all the action from Russia.

We’ve kept bringing you news of the impending release of Hereditary with good reason as if early reviews and reaction are anything to go by this could well end up being this summers sleeper hit. Featuring a quality cast including the Toni Collette and Gabriel Byrne, the film follows the Graham family, who begin to experience terrifying paranormal activity after the death of matriarch Ellen. Dealing with issues of grief, anxiety, and resentment the family’s domestic life begins to unravel in what is set to be a harrowing and deeply unsettling cinematic experience, especially if this trailer is anything to go by.