It’s September, it’s windy, and personally we’re feeling a bit cold, but that’s not going to stop us having fun, here’s the latest Weekend EDIT… 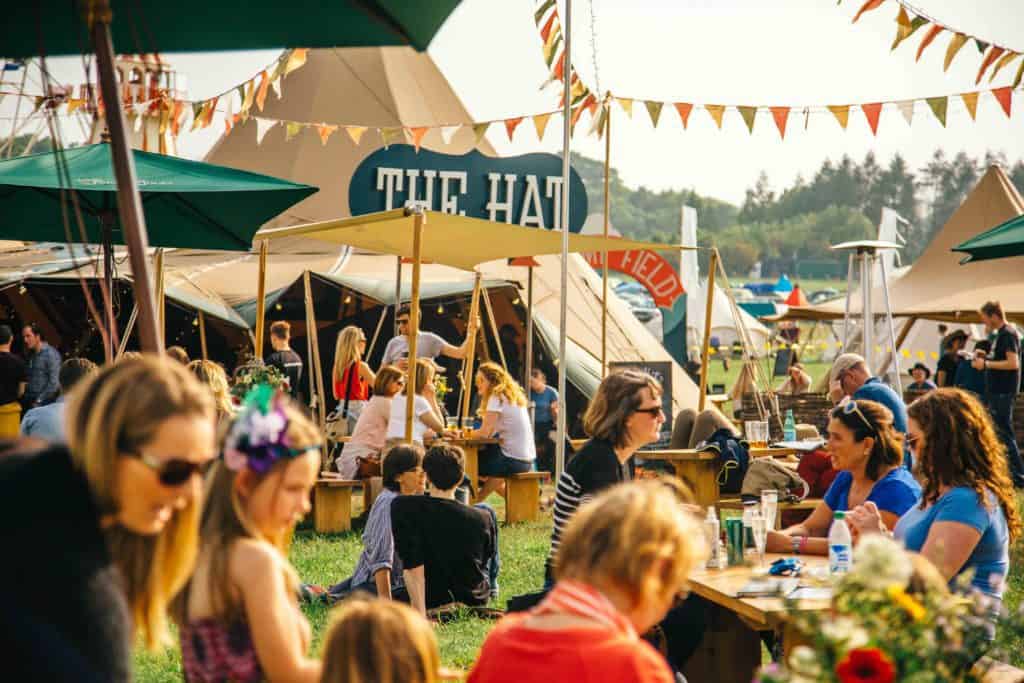 The spectacular grounds of Kenwood House on Hampstead Heath plays home to the largest philosophy and music festival in the world this weekend. The finest minds on the planet will be present to whip up some big old debates, posing questions on all kinds of fascinating topics. And when you feel the need to rest that grey matter for a while there’s loads of live music from the likes of electro-pop sensation Rae Morris, stand up comedy, workshops and even philosophical banquets. It’s a few days of much-needed nourishment for mind, body and soul.

This latest adaptation at Theatr Clwyd of William Golding’s classic 1954 novel about a group of schoolboys stranded on a remote island after a plane crash has mixed things up a little with this production, swapping out the boys for an all-female cast. As in the novel what seems on the surface to be some sort of utopia soon turns into a more nightmarish vision as rules are thrown out of the window and things get feral pretty quickly. It looks set to be a much needed contemporary take on a literary classic. Lord of the Flies runs till 13th October before touring.

Hooked at The Science Gallery – London

This new free-entry gallery set in an 18th-century courtyard of the Guy’s Hospital complex promises to be a place where “where art and science collide”. For their first show Hooked: When Want Becomes Need, the focus is on addiction. It looks at the addictions present in our society such as smartphone use and social media obsession and questions whether they may be as damaging and indeed addictive as drink and drugs. Leading academics from the field of mental health and also those who have experienced addiction have all helped develop the immersive displays on show. There are thought-provoking works on show from artists such as Rachel Maclean, Melanie Manchot and Olivia Locher.

It’s the last weekend of Pop Up Screens screenings and this Friday they’ll be showing one of our favourites here at The MALESTROM HQ in cult sci-fi flick Donnie Darko. In the leafy setting of Coram’s Fields in Russell Square you’ll be able to sit back, relax and even with the temperatures having dipped a little, still bask in the warm glow of the silver screen. Saturday sees the 80s goodness of Dirty Dancing, with the smart teen comedy Easy A closing the season on Sunday. With Caribbean BBQ food on offer and an amply stocked bar it sounds like a recipe for a few good nights of viewing.

On Saturday the salubrious surrounds of Liverpool’s St George’s Hall will play host to the Live A Better Life Vegan Fair. For the uninitiated to the lifestyle, you can try the best meat and dairy free food that might make you think twice about your own diet and for the converted its vegan heaven with 130 stalls offering everything from food and drink to 100% natural beauty products and handmade gifts. Talks, workshops and demos will be taking place throughout the day. 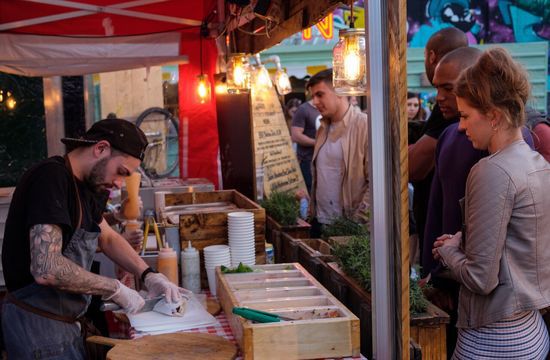 We harp on about the best street food a lot on the Weekend EDIT, but there’s no argument that this right here really is the best. The final of the British Street food Awards sees 17 of the UK’s strongest traders battling it out at Hawker House in Canada Water to become foodie victors. For two days only on Friday and Saturday you get the chance to try Britain’s best street food all in one place. From burger bosses to veggie veterans, super sandwiches to pudding professionals, guests will eat and vote for their winner. It’s all a bit munch for us to take in. 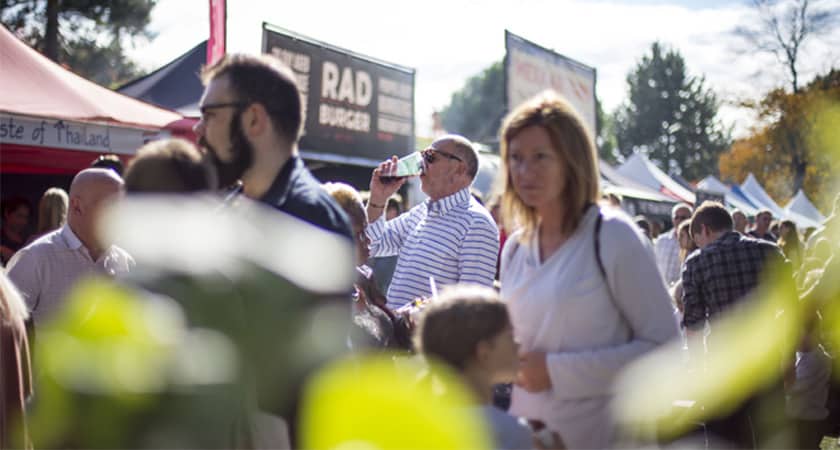 They don’t call Kent the garden of England for no reason, it just happens that the county has fantastic growing conditions to produce some top-notch produce. 40,000 foodies are expected to descend on the Dane John Gardens in Canterbury this weekend with the promise of over 100 mouth-watering produce stalls lining the ancient walls of the cathedral city. There’ll be all manner of locally produced culinary delights on offer as well as top craft Kentish ale and cider. With music, street entertainment and family workshops it promises to three satisfyingly stomach filling days.

Prince: Piano and a Microphone 1983 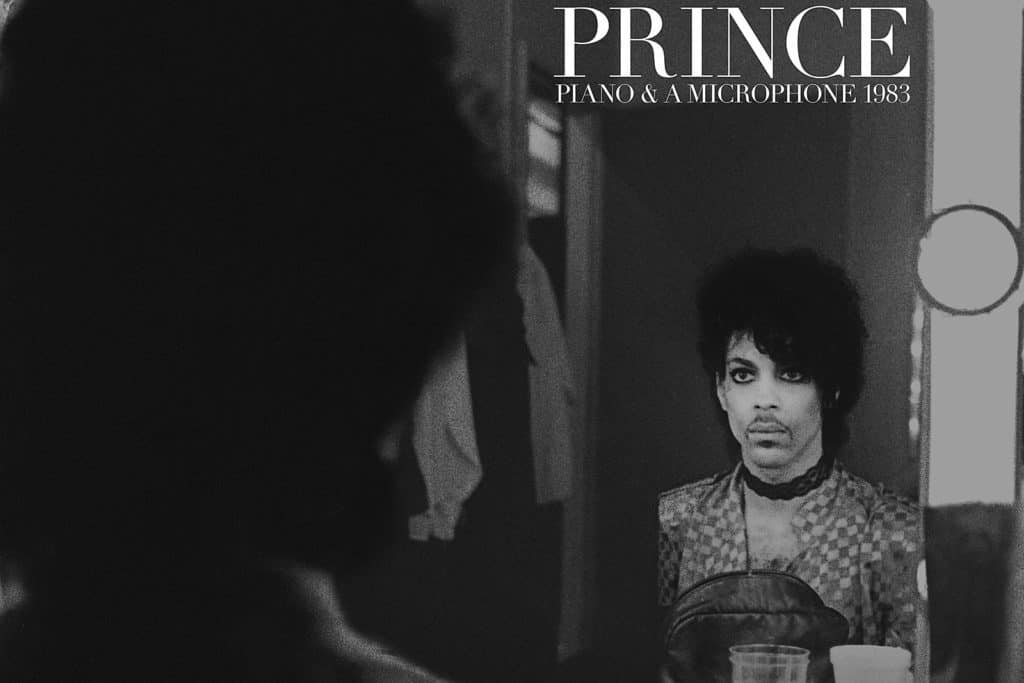 The posthumous release of 1983 Prince cassette recordings comes with much excitement for fans of the late purple-loving pop icon. This album was discovered in Prince’s ‘Vault’ at Paisley Park as a single cassette tape. All the music was recorded in one take at his Kiowa Trail home studio in Chanhassen, Minnesota. It’s the first release of material from his archive by the Prince estate. On the album there’s an early version of Purple Rain and perhaps most anticipated Mary Don’t You Weep. Although it feels a bit like earwigging on a private studio session, it’s a fascinating insight into the way the artist worked. 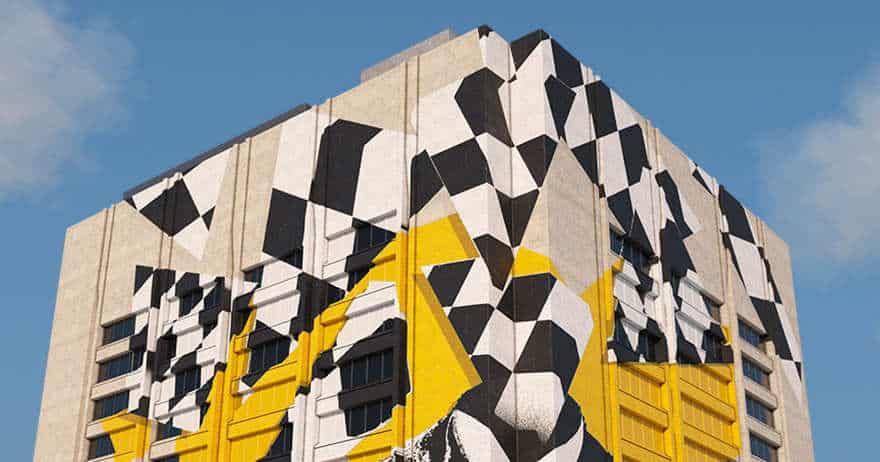 It’s a bit of a change for this new season of the much-loved crime podcast with the usual murder mysteries being shoved aside for a more documentary style take. The focus this time around is Cleveland’s court, with the trials and tribulations of its criminal justice system having been followed for a year. It promises to be a fascinating listen.

Groundbreaking Sri-Lankan pop star M.I.A. gets the documentary treatment with her friend and the films’ director Steve Loveridge pulling together 700 hours worth of footage spanning decades. It shows her transition from an immigrant living in xenophobic 80s Britain to pop culture icon and fierce political activist. M.I.A. allegedly ‘puked’ on her first screening of an edit of the film, hopefully, she approves more of the finished version which tries to make sense of who is a complicated but arguably genius character.