Travelling through the Sahara: A Life of Adventure with Chris Scott

It’s that time again where we look ahead to the brightest and best events, listens and things to watch popping up over the next seven days.

We’re talking must-see theatre and exhibitions, the coolest place going to try your hand at shuffleboard and a celebration of all things coffee. And don’t forget to put those clocks forward on Sunday, Spring has finally arrived guys. Here’s the Weekly EDIT. 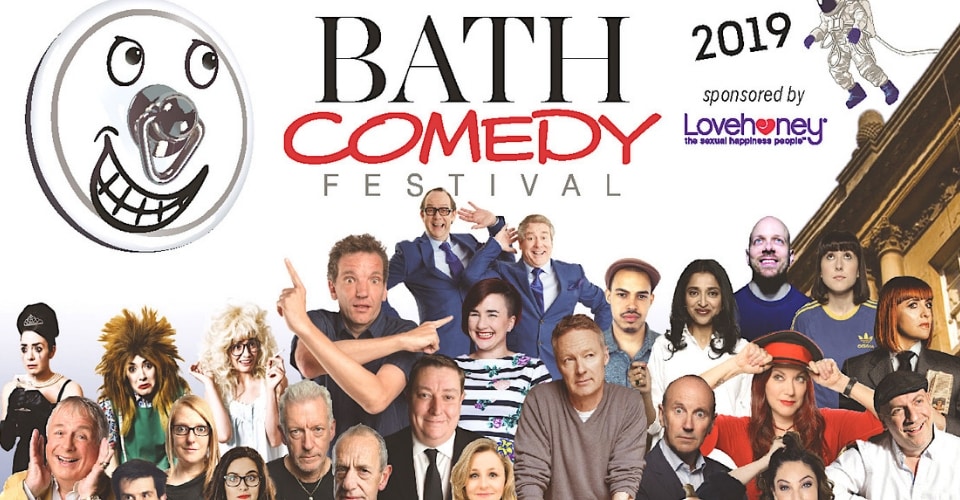 If you’re in desperate need of having your funny bone tickled then the Bath Comedy Festival might be a good destination for you.

300 comedians will be performing at over 150 events across 20 days, with many of the gigs either free or with the option to pay what you like.

Headliners include the sharp Germanic wit of Henning Wehn, political impressions from Rory Bremner and evening An Evening of Eric & Ern. There’s even the  promise Christopher Biggins will be the guest on a Wine Trail magical mystery tour. Enjoy. 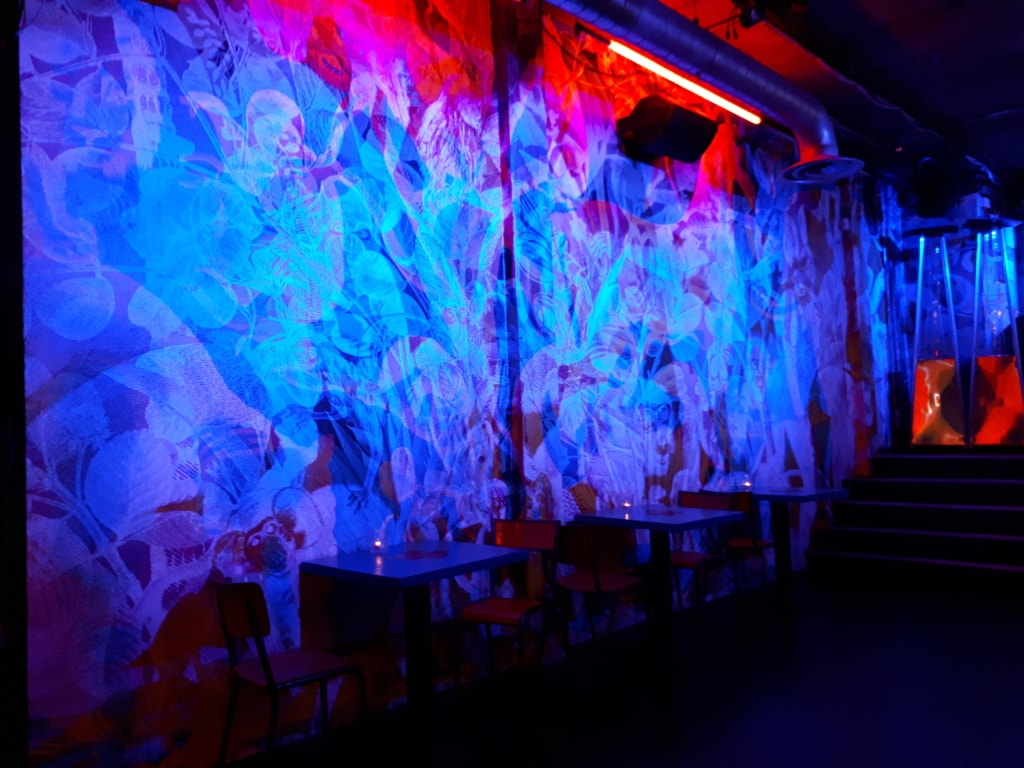 Not content with just being an iconic live music venue, the Hoxton Square Bar & Kitchen is currently a living breathing exhibition space as it plays host to a dramatic exhibition featuring the work of art duo Carnovsky, beautifully curated by Liat Chen.

The space is filled with printed wallpaper which explores the interaction between colour and light. Each image has three layers that change according to the red, green or blue light they’re bathed in.

While you admire this stunning RGB Universe filled with jungles, animals, and skeletons, you can take in an expertly crafted cocktail from the lovely staff and get stuck into some tasty chicken wings.

Get an insight into artist Van Gogh’s relationship with blighty with this brand new exhibition Van Gogh and Britain.

On show a collection of 45 of Van Gogh’s paintings, including some of his most famous works like Shoes and Starry Night on the Rhône (pictured).

After a celebrated run in Dublin last year, Enda Walsh’s theatrical adaptation of Max Porter’s novel Grief is the Thing with Feathers transfers to the Barbican.

Cillian Murphy stars as a bereaved father, attempting to deal with his wife’s sudden death along with his two young boys. He also plays the character of a crow who is something of a guardian angel and therapist helping them with their grief. 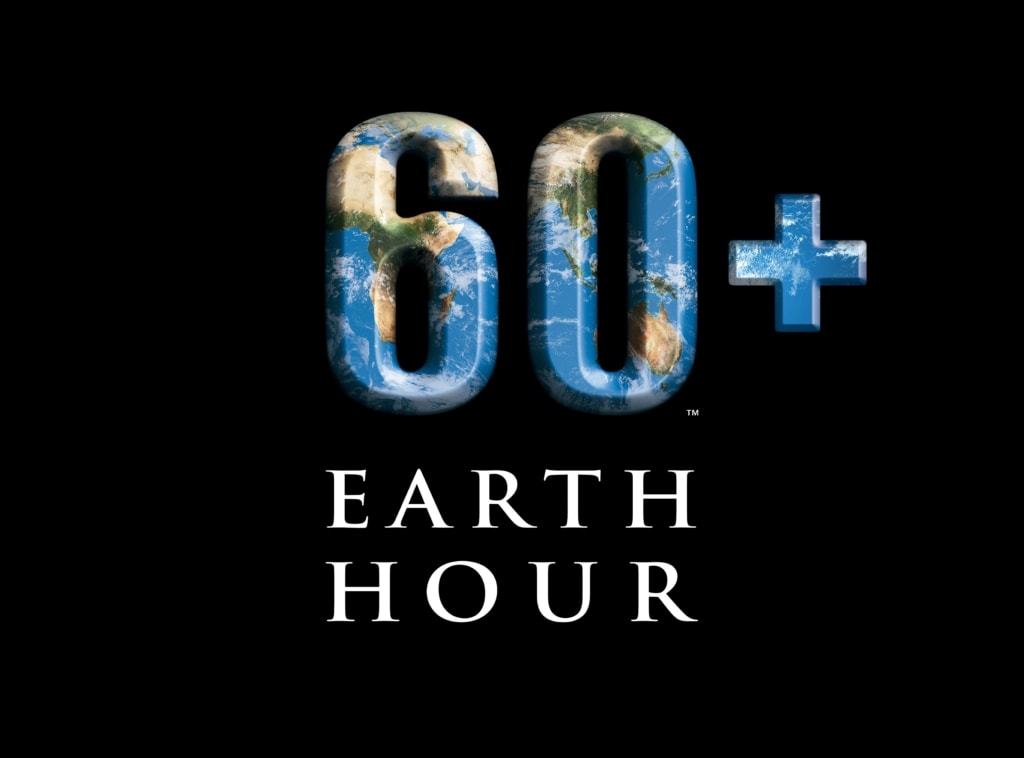 With the Doomsday Clock at two minutes to midnight, the people of the world need to stand together to get the governments of the world to act more decisively with their climate change policies.

You can do your bit to raise awareness on Saturday in what’s become an annual global tradition by turning off your lights and limiting all electricity from 8.30 to 9.30 pm.

Landmarks around the world from Sydney Opera House to the Pyramids of Egypt will be going dark in solidarity for this vital cause. 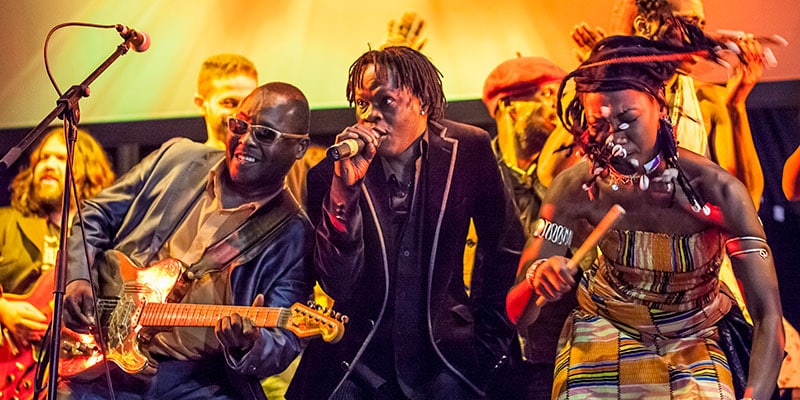 This one-off celebration of cross-cultural collaboration in Leytonstone is led by one of the areas most famous son’s Damon Albarn.

He’ll be performing on the night in a big top tent on Wanstead Flats that will also see top acts like Django Django, Ellie Rowsell (Wolf Alice) and Gruff Rhys lending their talents to what should be a fantastic evening. 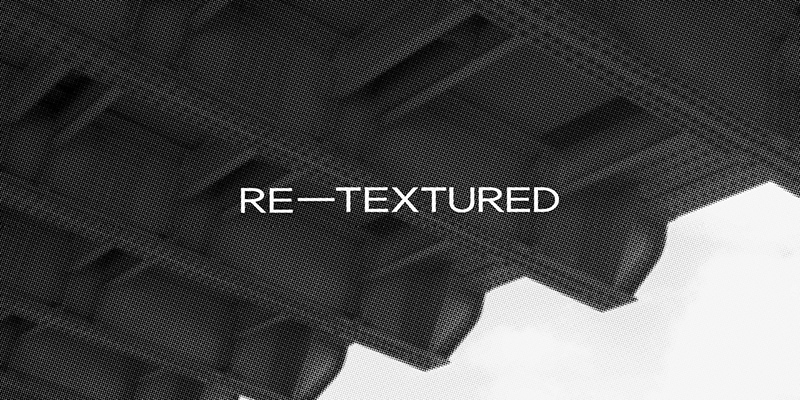 Re-textured is an electronic music festival taking place at some of the capital’s most iconic venues such as the Southbank Centre, and Walthamstow Assembly Hall.

It looks to combine experimental music and brutalist architecture with innovative lighting installations. The line-up includes Nina Kraviz, Alva Noto, Andy Scott as well as Ben Sims. Should be a feast for the eyes and the ears. 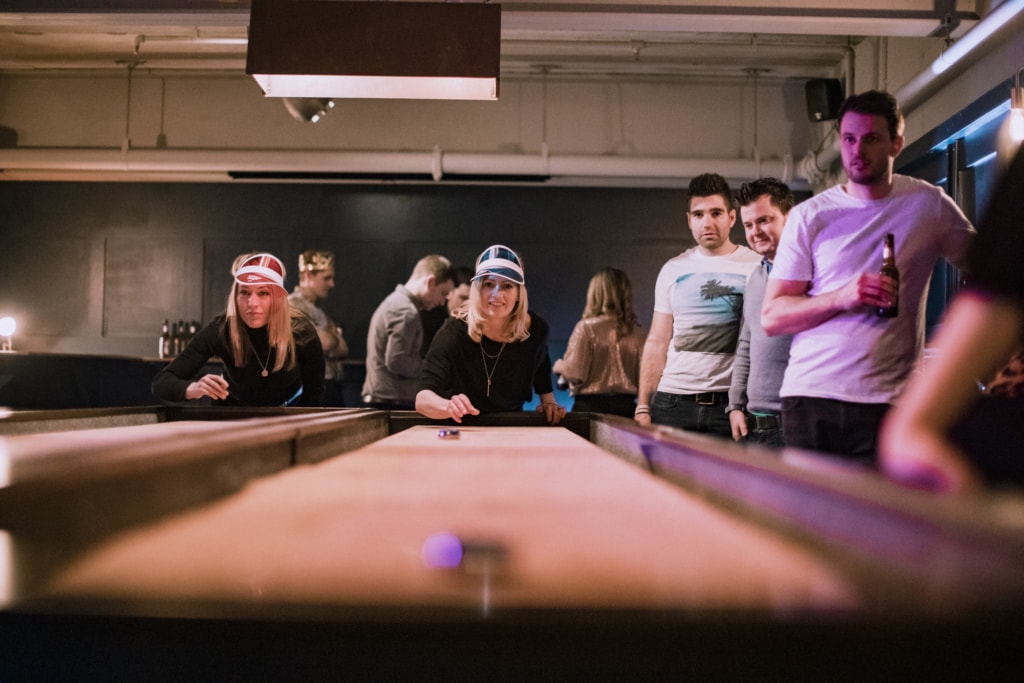 Tucked away in the basement of The London Shuffle Club in Shoreditch is Crazy Eight – their exclusive brand-new table shuffleboard dedicated bar.

It’s a speakeasy cocktail lounge, containing two different versions of the game to master, Classic, the 18ft version of the game and Snapback a rebound variation with electronic scoring.

These four tables will keep you well and truly entertained while you quaff some of the classiest cocktails in London and snack on some stonebaked pizza. 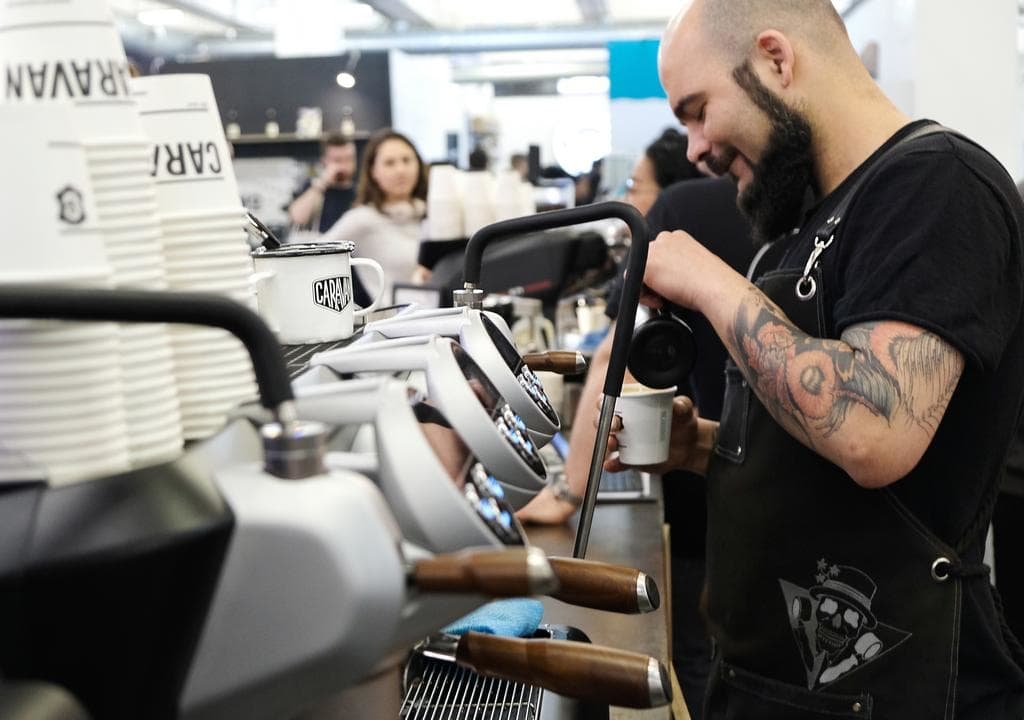 Anyone with a love of caffeine in their lives need to head to the Old Truman Brewery this weekend for the annual London Coffee Festival.

The capital’s coffee scene will be celebrated and sampled with the best baristas in the business providing the finest artisan coffee around.

On top, there’ll be giving workshops on latte art and espresso martinis all set to the soundtrack of live DJs and musicians. 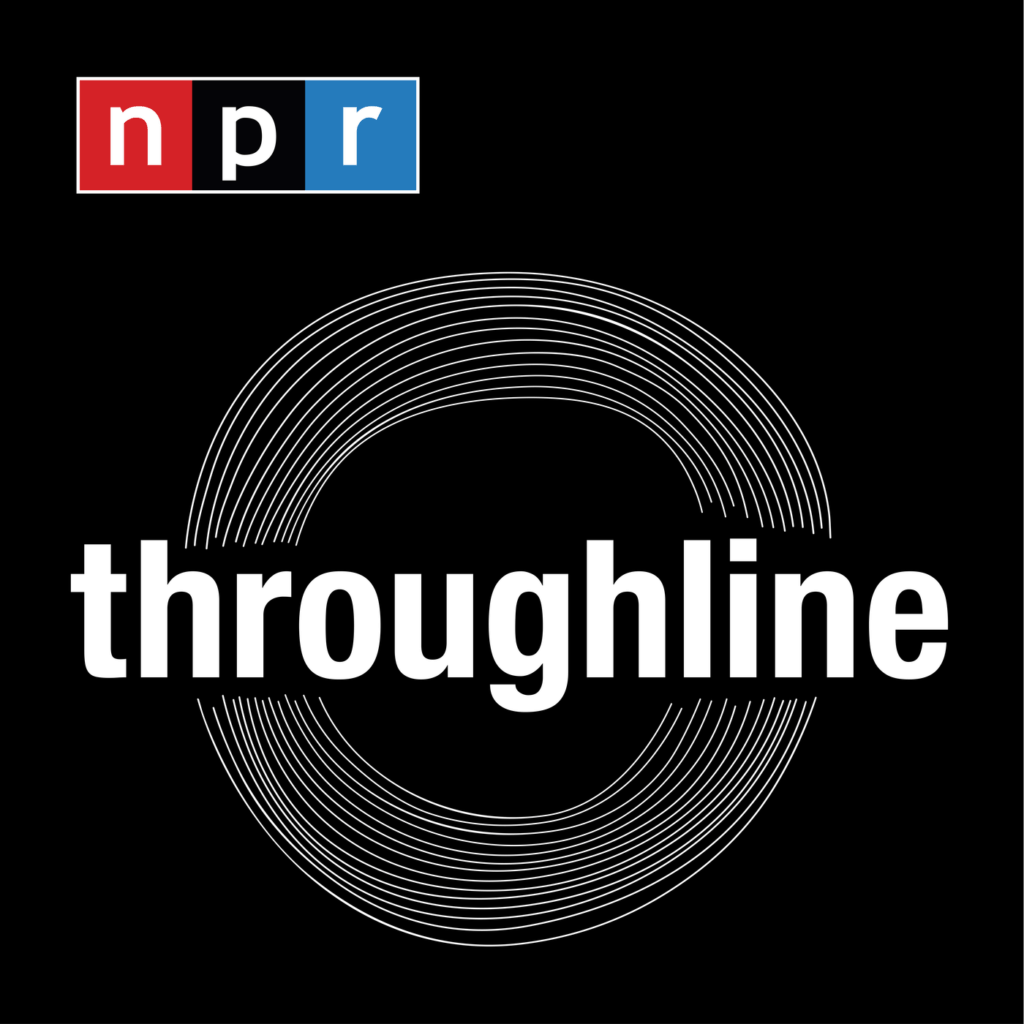 This new podcast comes with a smart idea. They’re delving back into headlines from history in order to better understand our present times.

Hosted by Ramtin Arablouei and Rund Abdelfatah (producers on How I Built This) the fascinating show casts a light on various historical events such as the US and North Korea’s hostilities and the CIA’s coup in Iran. Illustrating how the ripple effects of what previously went on are felt in the present day.

Look out for the recent episode on conspiracy theories in American political life, and how they’re fueled by real-life events from the past. 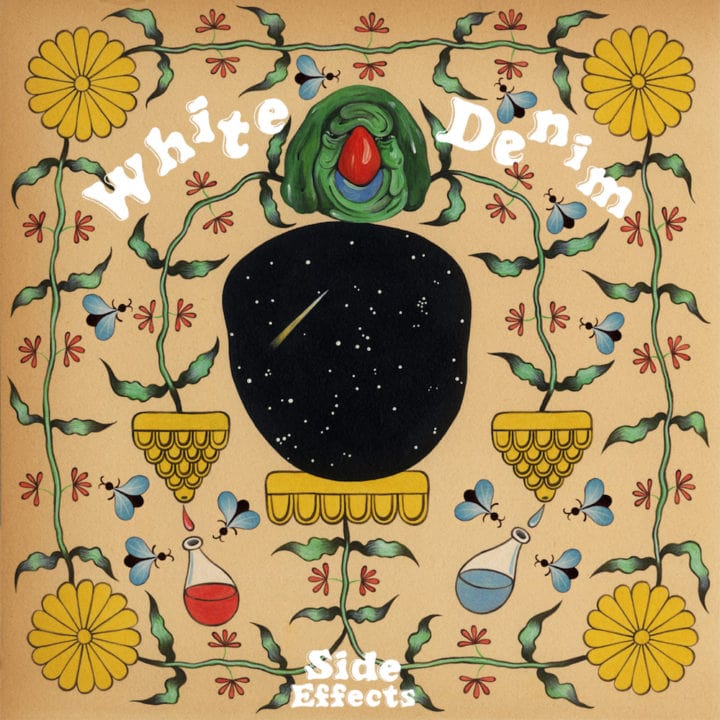 The force of nature that are Texas’ White Denim return with their eighth and one of their very best albums in Side Effects.

Capturing the essence of the band’s full-throttle live shows the record is not held down by sticking resolutely to one genre and is all the more listenable for it.

Bend your ear around the single ‘Shanalala’ released last year and try not to order a copy of the LP immediately after.

Billie Ellish – When We All Fall Asleep, Where Do We Go? (Darkroom/Interscope, 29th) 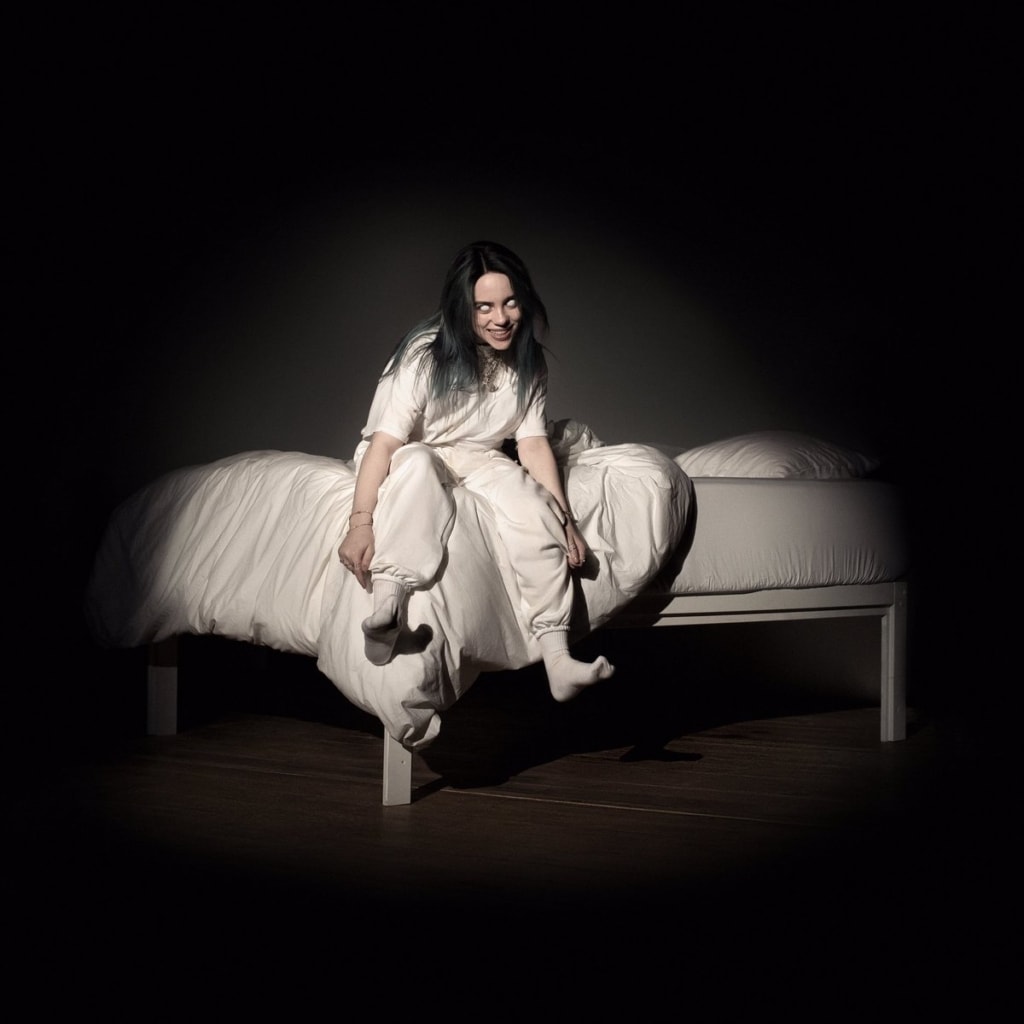 She’s only 17-years-old but Billie Eilish is already on the precipice of global stardom.

When We All Fall Asleep, Where Do We Go was written, produced and recorded entirely by Billie Eilish and brother Finneas in their childhood home of Highland Park, Los Angeles and recorded in Finneas’ bedroom.

With nearly 1 million pre-sales already the album is set to be huge, check out the jarringly brilliant pop of ‘Bury a Friend’ and see what all the fuss is about.

The brilliant 2011 film about a teen assassin has been fleshed out into an eight-part series by Amazon Prime and despite it feeling positively pedestrian compared to the movie there’s still enough to keep our interest here.

Esmé Creed-Miles takes on the role of Hanna, a girl raised in extreme isolation and trained to hunt and kill anyone who comes looking for her and her mercenary father.

It’s a constant fight for survival as she faces capture and attempts to escape along with travelling to numerous countries along the way.

It may look like a charming rom-com, but anyone who’s checked out the previous two seasons of this fun Netflix original, will know that under the surface some gory surprises wait.

It follows the normal suburban life of Drew Barrymore’s Sheila and her husband Joel (Timothy Olyphant), or at least it would be normal if not for her craving for human flesh.

Yes, being a zombie is hard work, and makes for a difficult family life, however, it’s good scope for long running tv series.

The film follows the “untold true story” of the former Texas Rangers (played by Kevin Costner and Woody Harrelson) who were tasked with trying to capture and kill the notorious outlaws Bonnie and Clyde.

Using old school skills and gut instinct rather than modern CIA techniques, it’s hardly high-octane, but good performances from the leads make sure The Highwaymen delivers in watchabilty.

This lovingly put together documentary tells the story of the life of late maverick Manchester comedian Frank Sidebottom and his hidden creator Chris Sievey.

Frank, well known for his papier-mâché head, was part of the Manchester music and comedy scene for over 25 years and brought laughter and mayhem with him wherever he went. A genuine one off in a world where most things feel the same. 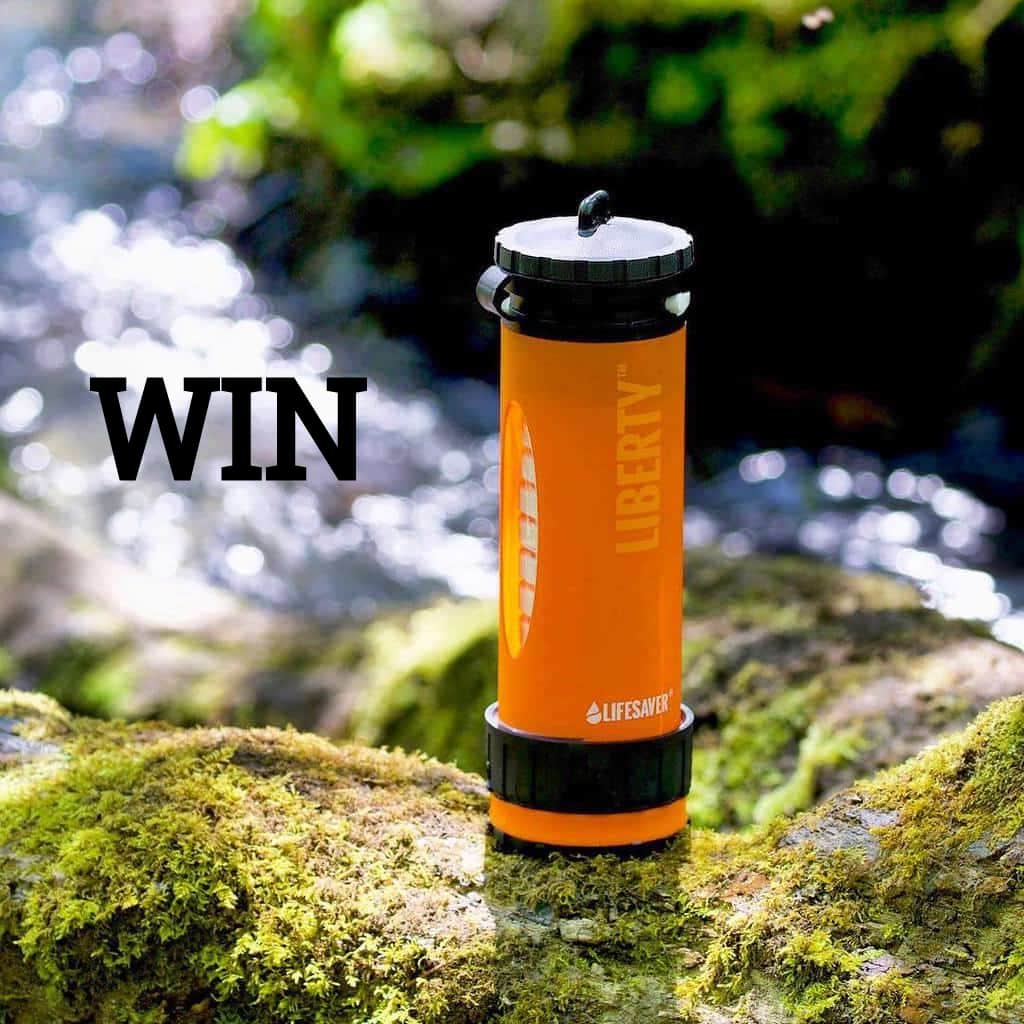 If you’re planning on venturing into the great outdoors you need kit you know will be there for you if you run into any trouble. With the LifeSaver Liberty you can produce clean drinking water wherever you go in the world. This survival-essential purifies water removing 99.999% of viruses, 99.9999% of bacteria and 99.99% of any cysts. It filters up to 2,000 liters and has a 400ml capacity. 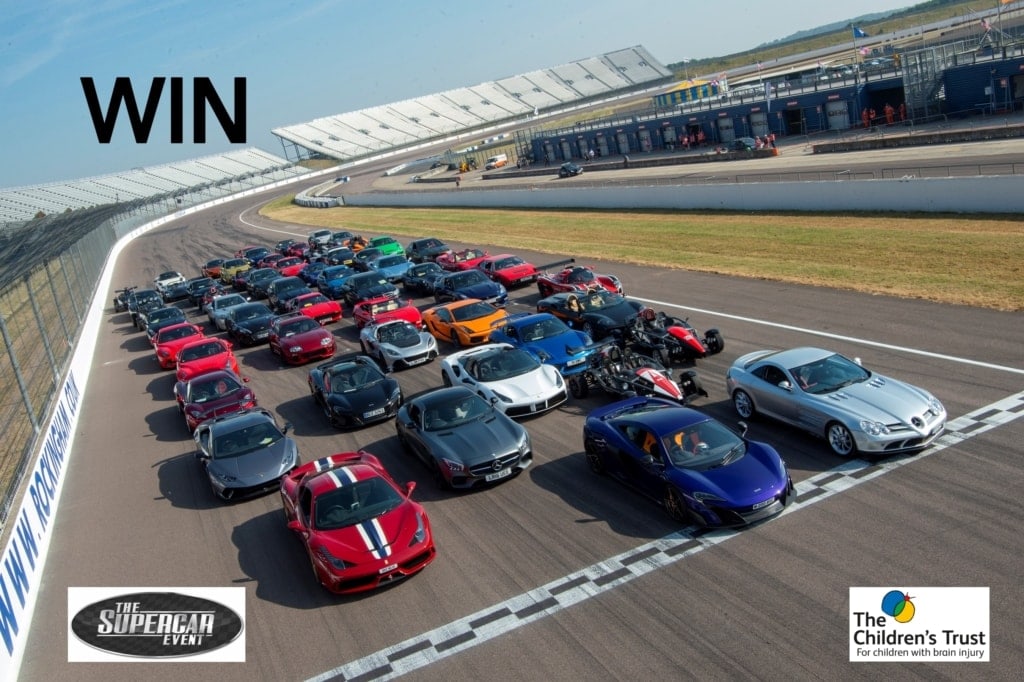 WIN one of five family tickets to The Supercar Event 2019 worth £150 in association with The Children’s Trust.

On Saturday 1 June more than 150 of the nation’s most exciting supercars will gather at Goodwood Motor Circuit for The Supercar Event 2019, an interactive supercar festival that offers once-in-a-lifetime passenger rides in some of the world’s most exclusive supercars.