It’s just six more days till the most super of supernatural nights of the year is upon us, we’re talking about All Hallows Eve of course. And while you countdown the days carving the perfect pumpkin and getting those apples ready for some bobbing action, we bring you a look at some of the spookiest spots in Britain, that if you live nearby, you might want to check out this Halloween, or on the other hand avoid. The choice is yours.

Overlooking the village of Newchurch is the famous Pendle Hill. Previously home to the twelve Pendle Witches, ten of whom were hung at Lancaster Castle in 1612 and buried on the hill. The place even today is linked to witches and devil worship and the Pendle Hill witches are said to still haunt the buildings and the surrounding villages. Halloween often sees seekers of the supernatural climbing the hill to see if they experience any ghostly goings on. 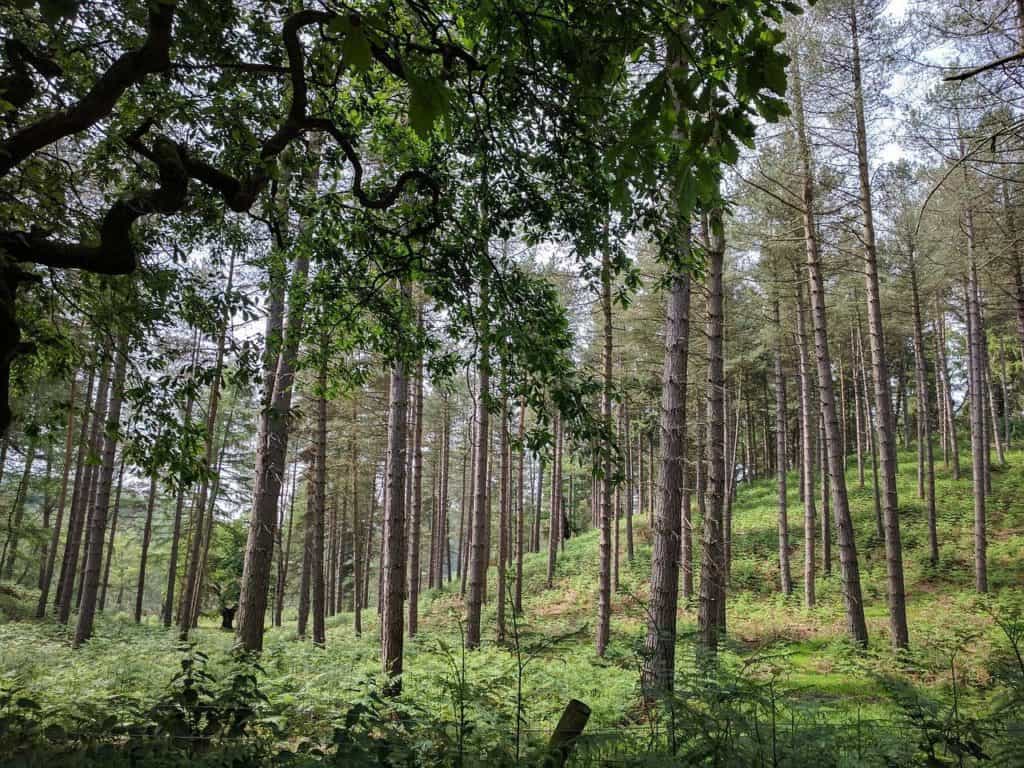 We’ve previously written about the black eyed child who haunts the 30 square mile area of Cannock Chase in Staffordshire, so we won’t go into that creepy little tale again. Here we’ll concentrate on tails, one belonging to a big furry beast that’s said to roam in the woodland here. Yes, there have been over twenty sightings of a werewolf in the last ten years here. With reports of UFOs and shadow people, although a lovely place for a stroll during the day, it’s maybe a place best avoided come nightfall. 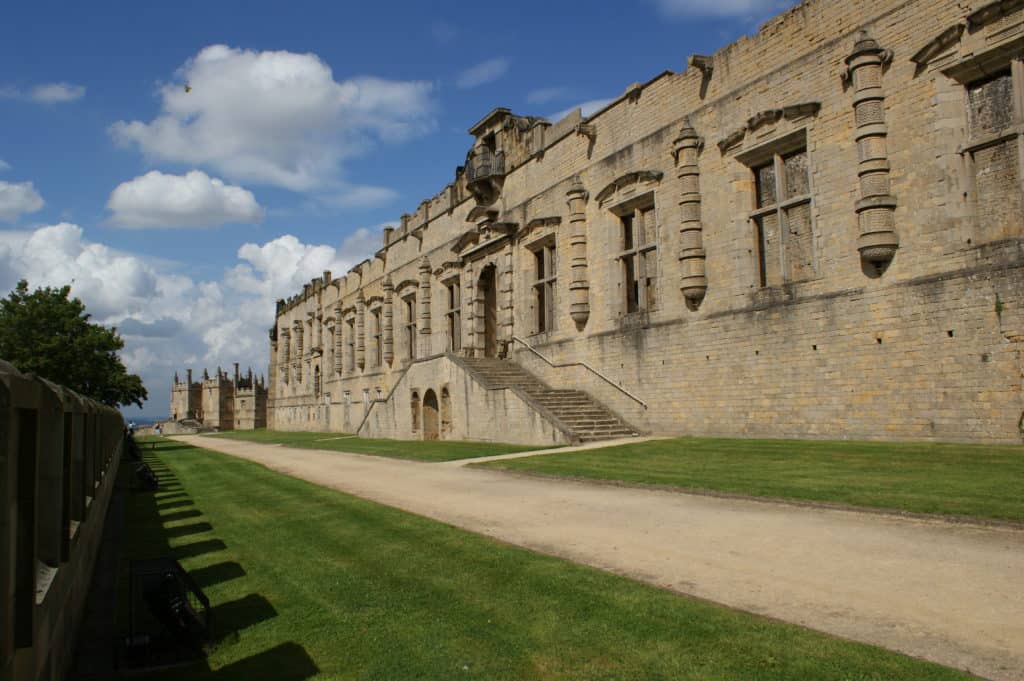 The ex-home of William Cavendish, the 1st Duke of Newcastle, has been voted the spookiest castle in the country by English Heritage. Mainly due to the sightings of a little ghost boy who’s been seen holding the hands of unsuspecting visitors to the site. Pretty weird. There’s also been reports of strange footsteps, slamming doors and loud screams. So it’s either a ghost that lives at Bolsover Castle or a teenager. 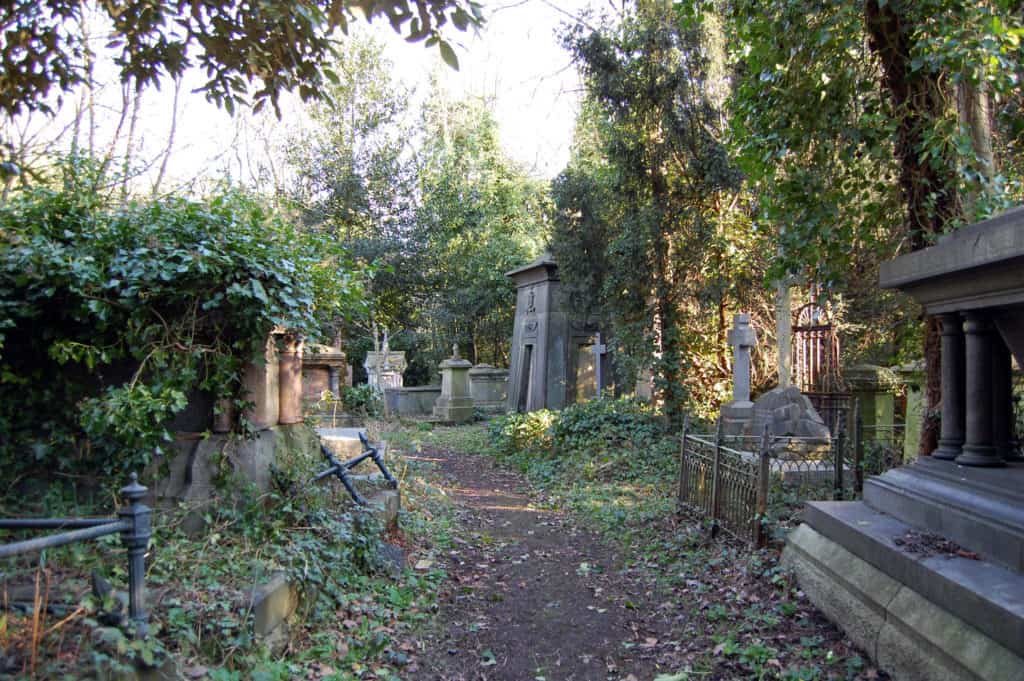 The last resting place of many famous figures Highgate’s graveyard is something of a celebrity cemetery. Karl Marx is buried here as well as TV presenter Jeremy Beadle!

It’s also said to be home to a Victorian looking gentleman who has a proclivity for sucking blood! There have been many sightings of supernatural entity ‘The Highgate Vampire’ from 1970 up to the present day. A number of dead foxes have been found over the years drained of their blood, with puncture wounds in their throats. The work of a strigoi? Or is it just a massive mosquito?

Borley Rectory long held the title of most haunted house in Britain. It was first built back in 1863 on the site of an old monastery. Reports of odd occurrences date back to the mid to late 1800’s, with various types of phenomena reported here. The ghostly figure of a nun, who drifts through the garden, head bent in sorrow. The phantom of a headless man and a girl dressed in white.

The sounds of a phantom coach outside the building and strange unexplainable lights. Burned to the ground in 1939, the house may be gone but there is still access to the surrounding grounds and the spooks that haunt them. Here’s an old programme on Borley, presented by Michael Aspel. And you’re not going to call Michael Aspel a liar now are you? 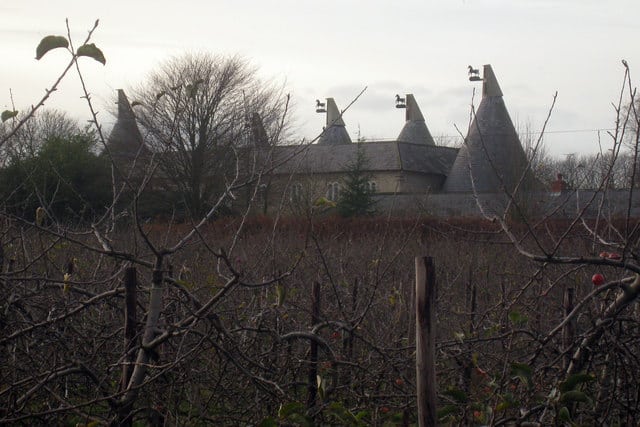 Pluckley hasn’t got one ghost, it’s got up to sixteen depending on who you ask. Being such a haunted hotspot has earned the place the title of most haunted village in Britain. Amongst the many ghouls who are said to inhabit this idyllic part of the country are, most notably, an old lady named the Watercress Woman, who is supposed to have burnt to death after accidentally setting herself alight, when soaked in gin, in the place she would sit each day smoking her pipe.

A highwayman who appears on ‘Fright corner’ who was killed by a sword and pinned to a tree by it. Not to mention the ghost of a farmer from the local Elvy farm who shot himself in the dairy. His last words ‘I will do it’ are said to be heard whispered around the farm. 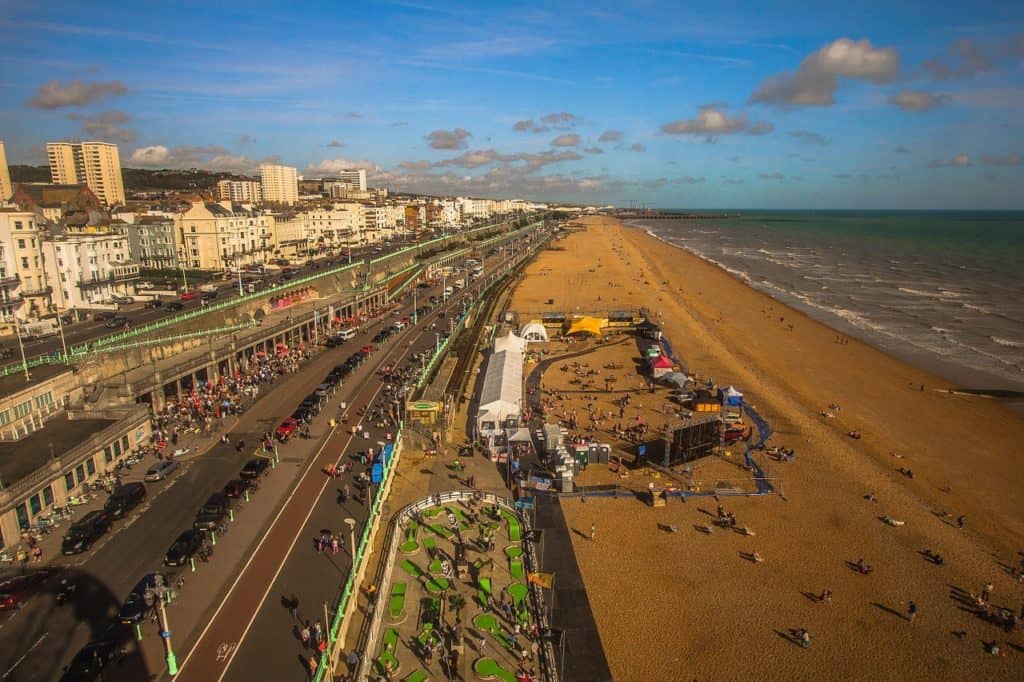 Given that Brighton is officially Britain’s most supernatural city we’ve had to include the place as a whole here due to the sheer volume of spooks. It has the highest number of paranormal reports out of anywhere in the UK. Some cases in this pretty seaside spot include, a house where three phantom nuns glide across its floor, before they all vanish through a wall!

The ghost of a child has been spotted multiple times down Meeting House Lane, and a dog said to be the the size of a small horse which follows walkers, usually one’s on their own, has been seen on the beach moving short distances before disappearing. 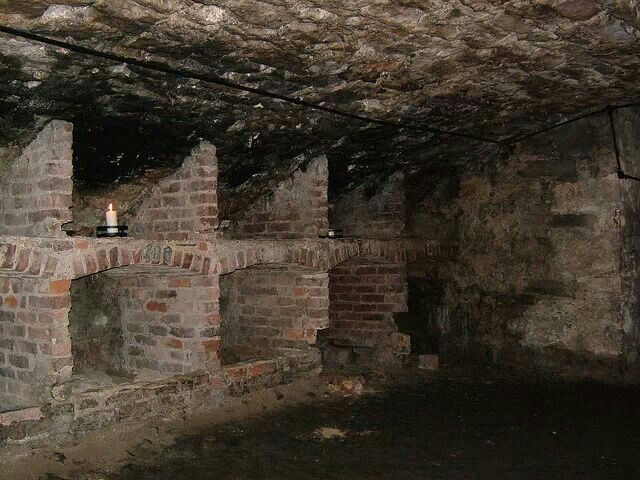 One of the most supernatural sites in Edinburgh is the South Bridge Vaults. Hidden under one of the cities busiest streets, the vaults are a series of more than a hundred supposedly haunted subterranean chambers, housed inside the closed off arches of the South Bridge viaduct. They opened in 1788, but were abandoned around ten years later. This is when the vaults became home to the lowest of life in the city, murderers and thieves alike.

A malevolent demon is said to be trapped inside the stone circle of the chambers and ghostly spirits who lost their lives in the Great Fire of Edinburgh while trapped in the vaults are also said to frequent the space. Certainly not somewhere you’d like to spend New Year.