Rugby League: The Toughest British Players the Game Has Ever Seen

With the sun making a much overdue appearance in the sky and looking set to stay for a little while at least, it’s time to make the most of it with some great events happening in the UK over the next seven days. From a cinema on a farm to a Game of Thrones rave-up, there’s something for everyone. Here’s The Weekly EDIT.

Fans of the genius filmmaker Stanley Kubrick will be flocking to London’s Design Museum come Friday to see this unique exhibition celebrating the man’s work. The show marks an opportunity to get inside the head of the way Kubrick worked, from the design of his films to their directing and editing.

The exhibition features around 700 objects, films and interviews, so you can get up close and personal with artifacts from iconic films like 2001: A Space Odyssey, where you can see a detailed model of the Centrifuge-set that Kubrick developed for the movie and relive scenes from his other classics like The Shining and A Clockwork Orange. This treasure trove for fans runs until September. 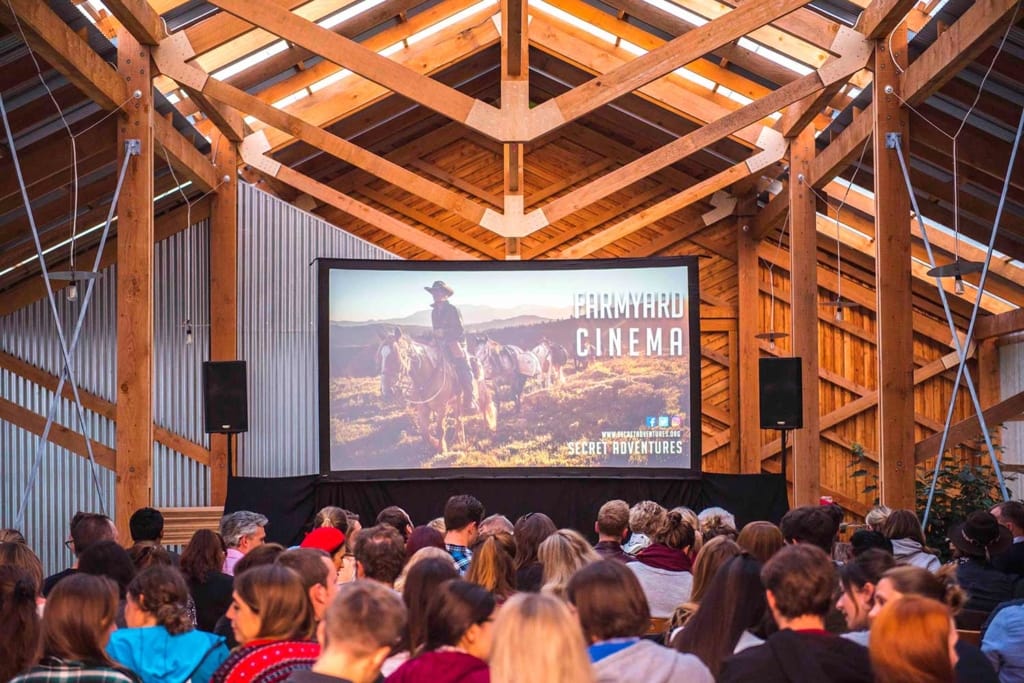 With the weather as glorious as it is why not take in an alternative cinematic experience. At Oasis Farm in Waterloo, you can enjoy some drinks and free marshmallows around a campfire, before getting comfy in their beautiful barn to watch award-winning documentary Unbranded, an epic film about men who train and ride wild horses 3,000 miles from Mexico to Canada. 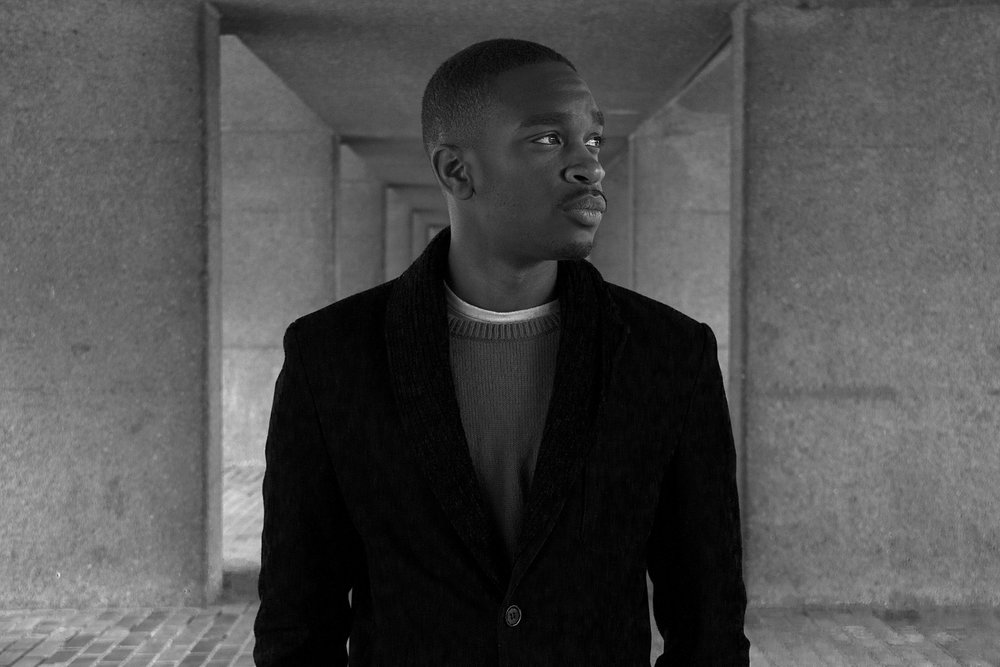 Join the Saatchi Gallery’s first Poet in Residence Rhael ‘LionHeart’ Cape as he invites the public for a reading of his poems written during his residency at the gallery. LionHeart’s poems explore mental health and vulnerability through various responses to the art exhibited in the Gallery as part of the Kaleidascope exhibition. 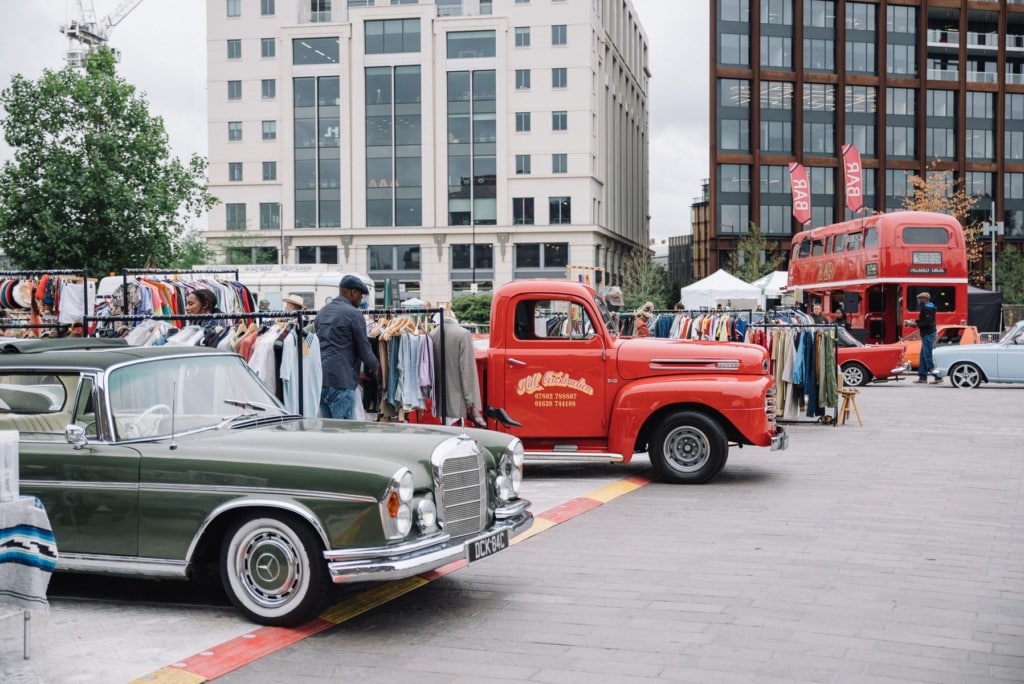 If you like getting a good look at lovely vintage cars while you peruse vinyl, vintage fashion and some carefully curated secondhand goods then head to Kings Cross on the weekend.

The Classic Car Boot Sale, is a vintage fair where items are sold out of classic cars. Shop till you drop, while DJs play from the top of a Routemaster bus, and when all the retail therapy gets too much grab a cocktail and some delicious street food and watch the world go by. 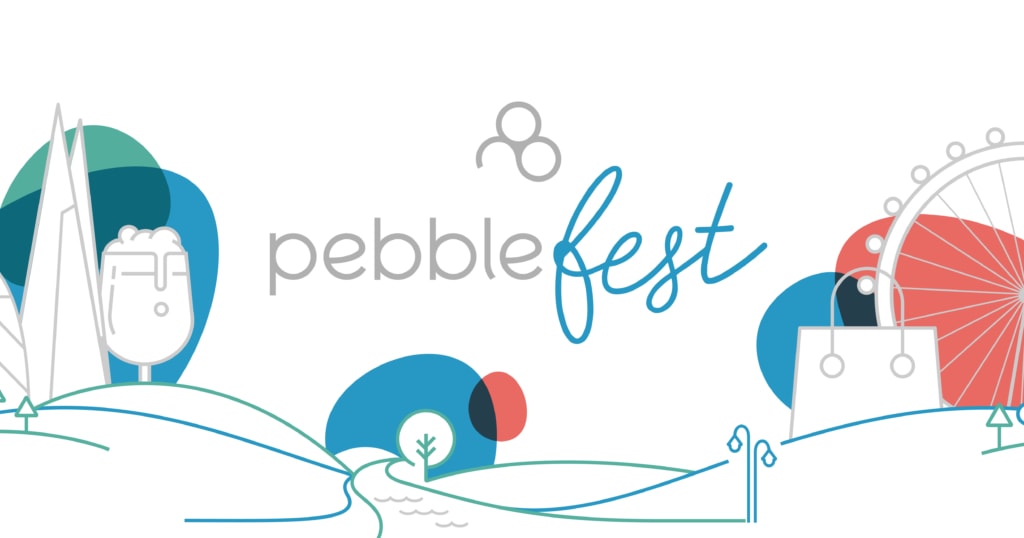 If your one for living the sustainable life the Pebblefest, the first one-day eco-festival is for you. Hosted by the award-winning sustainable lifestyle platform, Pebble Fest will see the installation of London’s first ethical ‘high street.’

Here you can shop the ethos you believe in, whether that’s drinking beer brewed from leftover bread, or going plastic free. The fest will host inspiring talks and workshops from industry professionals, along with live music, ethically sourced food, and sustainable cocktails.

If the first two episodes of the final series of Game of Thrones still hasn’t satiated your appetite for the world of Westeros then you might want to take in the immersive music experience that is The Rave Of Thrones.

This Friday, Brixton will double for a castle in Westeros where White Walkers and all manner of fancy effects will drop you into another realm where you can rave the night away with a sound system fit for kings and queens, all the while dressed as your fave GoT character. 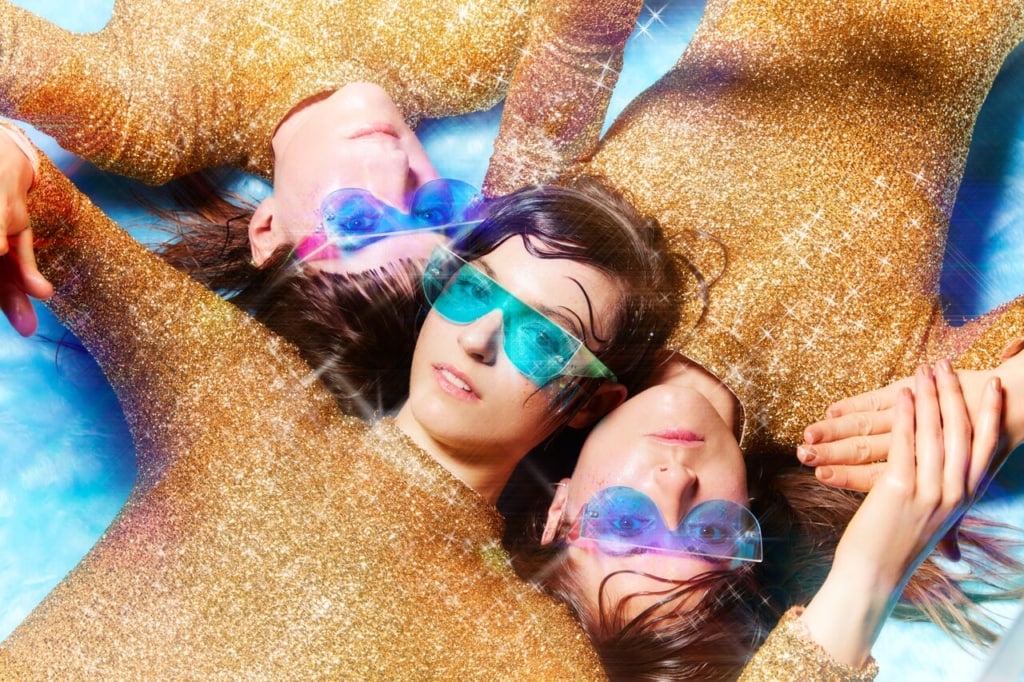 It’s been an incredible year so far for the Liverpool three-piece who’ve been tearing up all live shows put in front of them. They’ve just released their third album Big Wows, which contains some fantastic electro-poppy tunes that are sure to get you up on any dancefloor. Catch them in Glasgow, Manchester and Bristol this week.

Tirzah’s debut album Devotion, released last year, signalled that this British singer is an artist whose unapologetically romantic songs demand to be heard. With her alluring hushed melodies, you can’t help but be intrigued by the output of R&Bs new kid on the block. Catch her for three nights this week at North London’s The Scala, you won’t be disappointed. 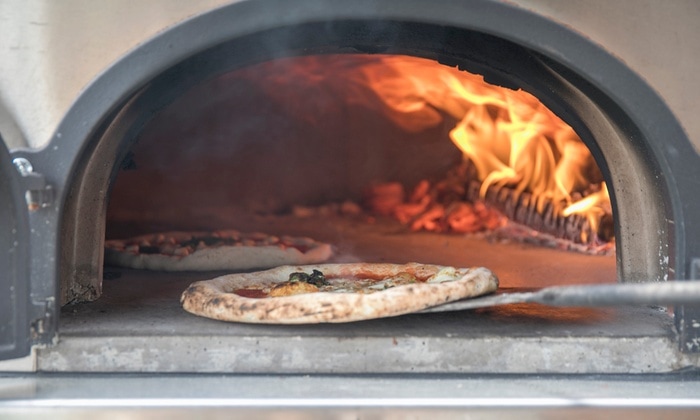 Of all the foodie events taking place over the coming weekend, the Surrey Food Festival is the biggest of them all. Over 100 different food stalls will be showcasing top produce for you to sample and then take home with you because you love it so much.

A marquee will host live demos, talks and best of all tastings and your kids are also catered for with a load of rides and inflatables. A perfect place to chow down and enjoy the weather. 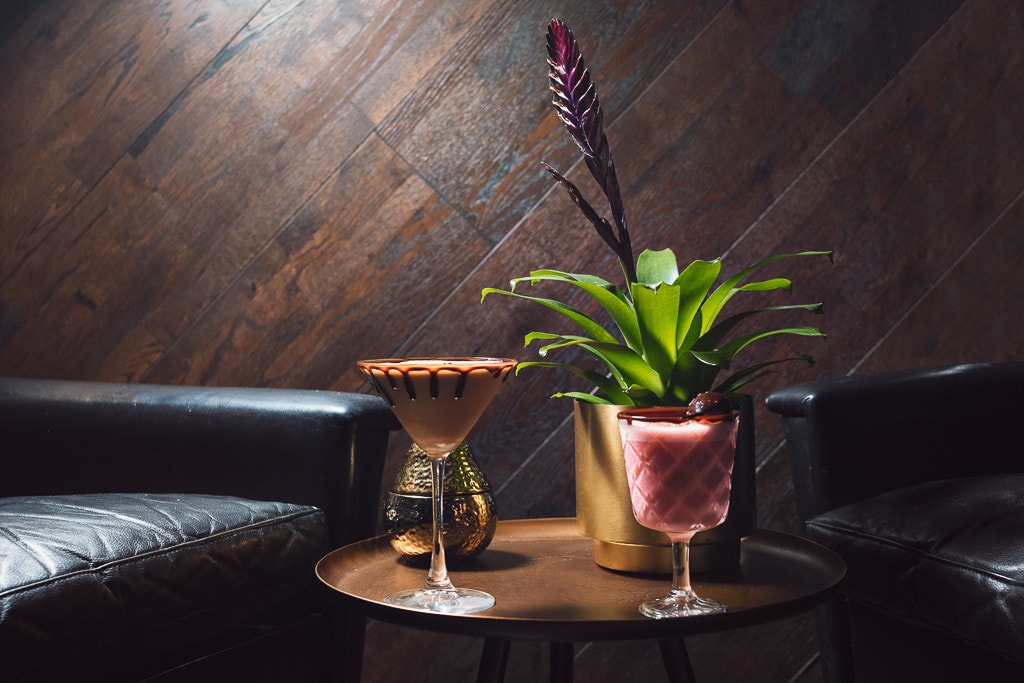 With all those eggs you devoured over the Easter Weekend you might feel you’ve had your fill of chocolate for the time being. But let’s not be too hasty, especially before you’ve got your hands on a chocolate cocktail.

Yes, the UK’s first chocolate cocktail bar in London’s Brick Lane is the place to be for a luxurious experience filled with taste sensations. This pop up is on to till the end of May, make sure you book to avoid disappointment. A £10 ticket gets you 90 mins drinking time and a classic chocolate chocotini. 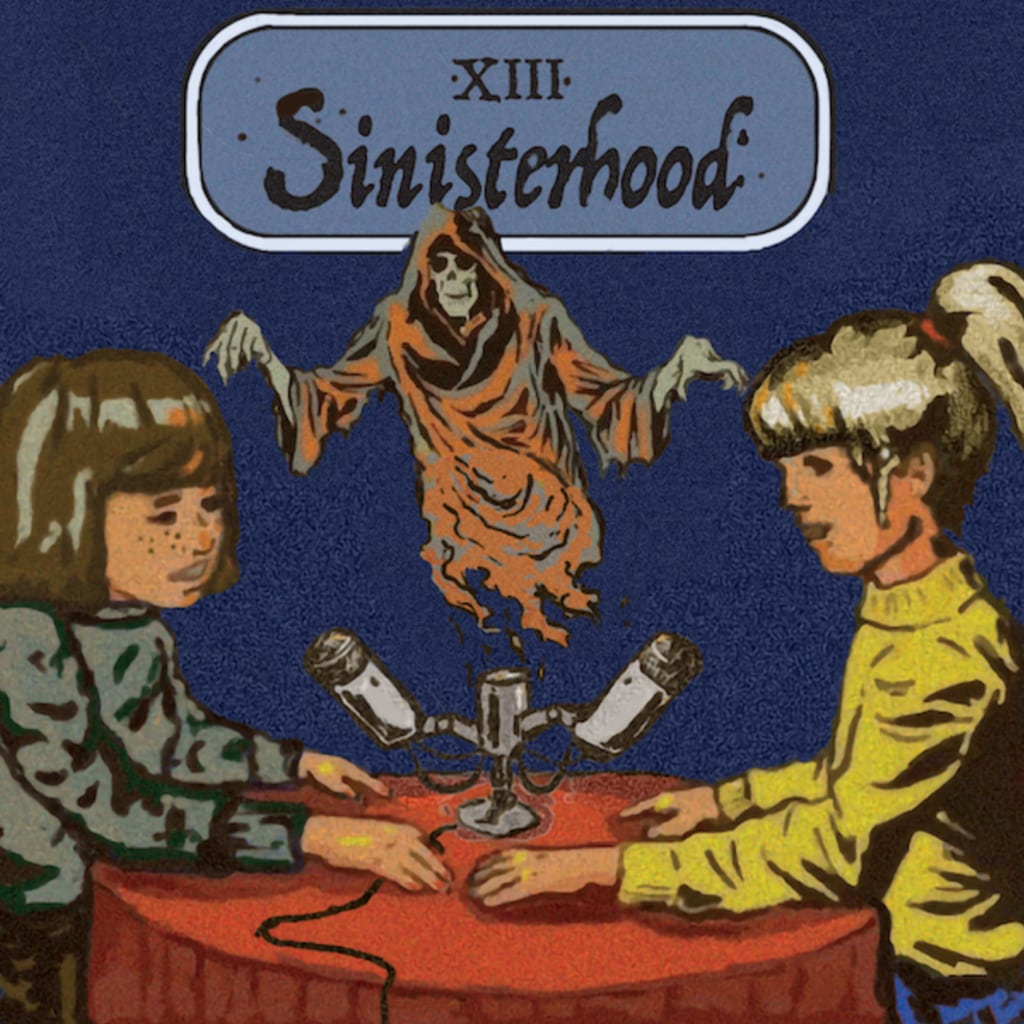 So it’s not a brand new podcast we bring you this week, but rather a new episode of a cast launched last year that we thought we’d bring to your attention. Comedians and improvisers Christie and Heather are the brainchildren and voices behind the show where each week they break down the creepiest, spookiest stories on crimes and cults.

One of our particular faves is ‘The New Jersey watcher’ from last month which tells the tale of a family who start to receive threatening letters from someone simply known as The Watcher who makes it very clear they’re not welcome in the neighborhood. 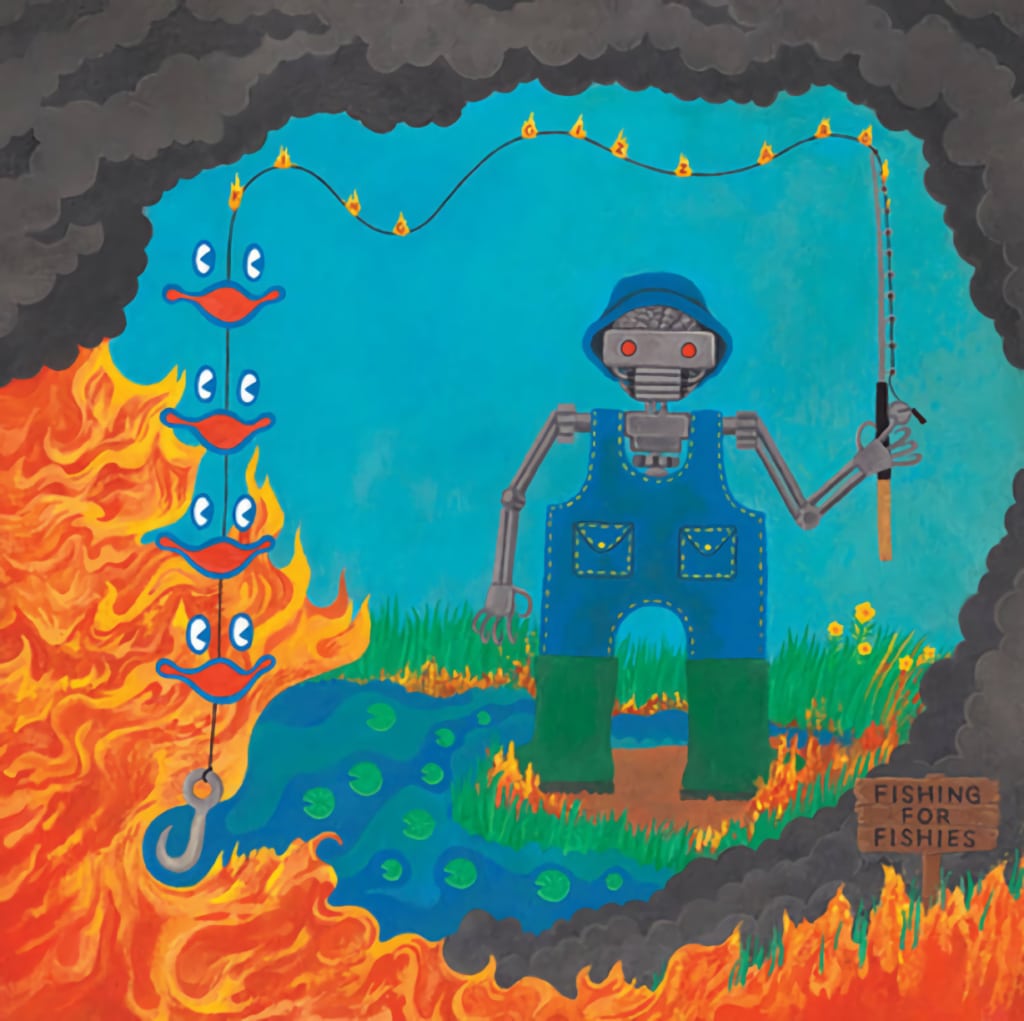 Aussie psych-rockers King Gizzard are one of the hardest working bands in the business. We were told so only a couple of weeks ago by Dec, the guitarist from fellow antipodean band Amyl & the Sniffers.

But just looking at their insane level of output shows, this is their fourteenth album since their 2012 debut – and their first following the release of five vastly different albums in 2017, you can see that’s the case. Here a blues-infused old world meets the sound of a showy sonic future and it’s all kinds of wonderful. 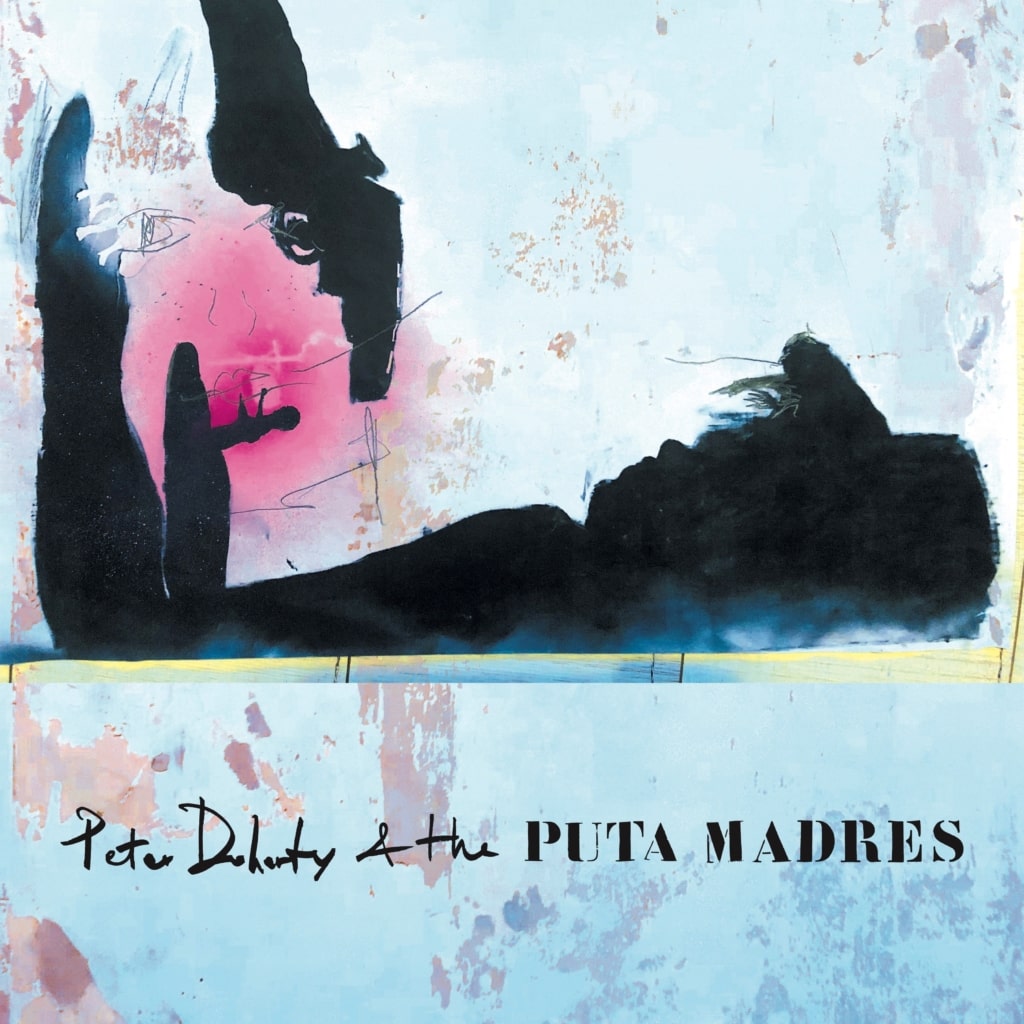 Some of you might be surprised to hear that The Libertines and Babyshambles musician is still alive and kicking. Well, more so than that he’s returned with another project, Peter Doherty and The Puta Madres.

The singles off their debut album have veered from pleasing to pretentious, but on the whole the record (recorded last summer over four days in a French fishing village) shows PD has still got a solid set of musical chops.

From the creators of the rather brilliant Chef’s Table, comes this mouthwatering nine-part docu-series that travels across Asia, from the hawker stalls of Singapore to the food carts of India celebrating the local heroes of street food. The show doesn’t just put a spotlight on the delicious dishes on display, but also the blood, sweat and tears that goes into each meal.

Coming to Netflix on Friday is this ten-part supernatural series about a heart attack survivor (newcomer Sivan Alyra Rose) who after experiencing eerie visions and sinister impulses post operation, attempts to find out more about the heart donor who saved her life. Uma Thurman and Tony Goldwyn brilliantly play the beyond creepy parents of the donor.

The final installment of what’s becoming known as The Infinity Saga, also spells the climax (for now at least) of this strand of the Marvel Cinematic Universe and Avengers: Endgame will also be the longest in the series.

Here the remaining Avengers who haven’t been smashed to dust by Thanos must figure out a way to bring back their vanquished allies for an epic showdown with the big man. Expect more dust-ups than in the centre of Manchester on a Saturday night and figures crossed a fitting conclusion to the franchise.

Big Little Lies actress Shailene Woodley and Sam Clafin (The Hunger Games) star in this inspiring 2018 movie based on a true story, chronicling the tale of a couple stranded in the middle of the Pacific Ocean after one of the most catastrophic hurricanes in history hits. After the storm Tami (Woodley) must fight to save the life of her husband who she finds seriously injured on their ruined boat. 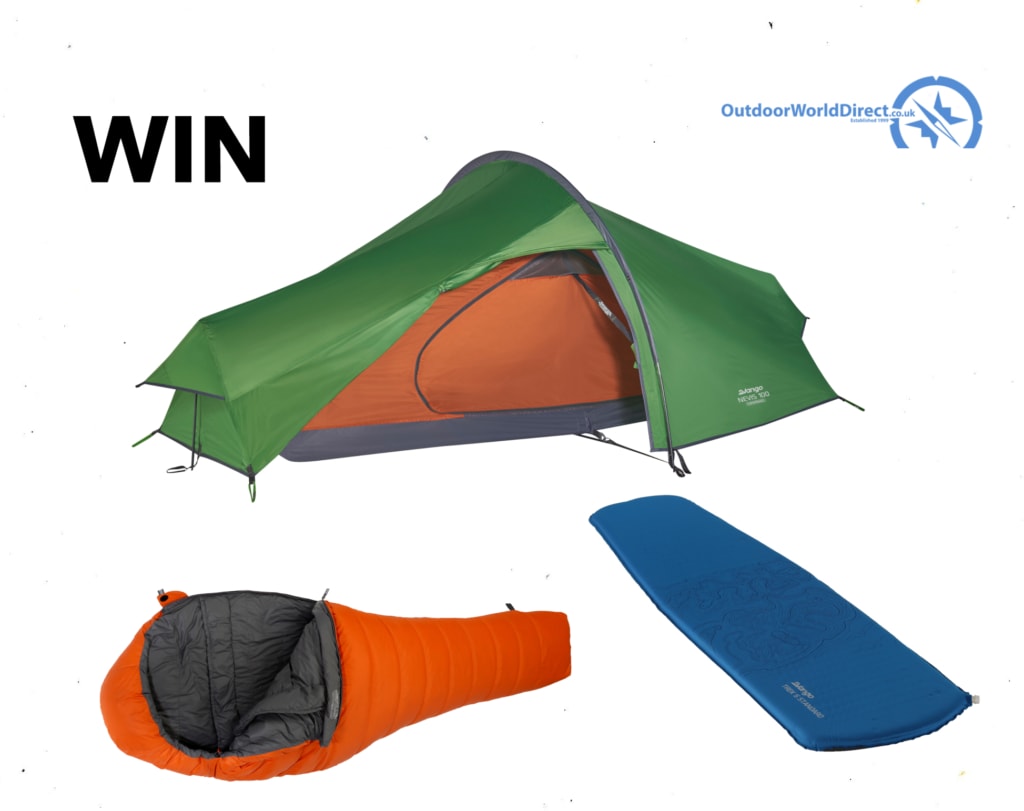 We’ve teamed up with the lovely lot at OutdoorWorldDirect to offer a brilliant bundle of quality Vango camping kit that will level up any trip into the great outdoors.