World Cup 2018: Introducing Panama – Everything you Need to Know about England’s Opponents

The summer music festival business is bigger than ever. More and more young pretenders pop up each year to compete for our pounds against the more established big events on the circuit. But with Glastonbury being a no go this year and there being more choice than ever before, where best to get our summer groove on?

Fear not here’s our curated fest guide, with big and small, weird and wonderful and a bit of something for anyone inclined to pull some wellies on and hang out in a field for a few days.

This one is a quality alternative music festival, the London based Field Day is in its eleventh year, and with the talent on show it looks set to be a good one. There’s a headline set on the Friday night from the brilliant Erykah Badu and there are other musical highlights from Thundercat and local lad Loyle Carner.

This year they’ll be a brand new indoor stage which will see Richard James’ Aphex Twin bring his brand of electronic madness to Brockwell Park. Is South London ready? 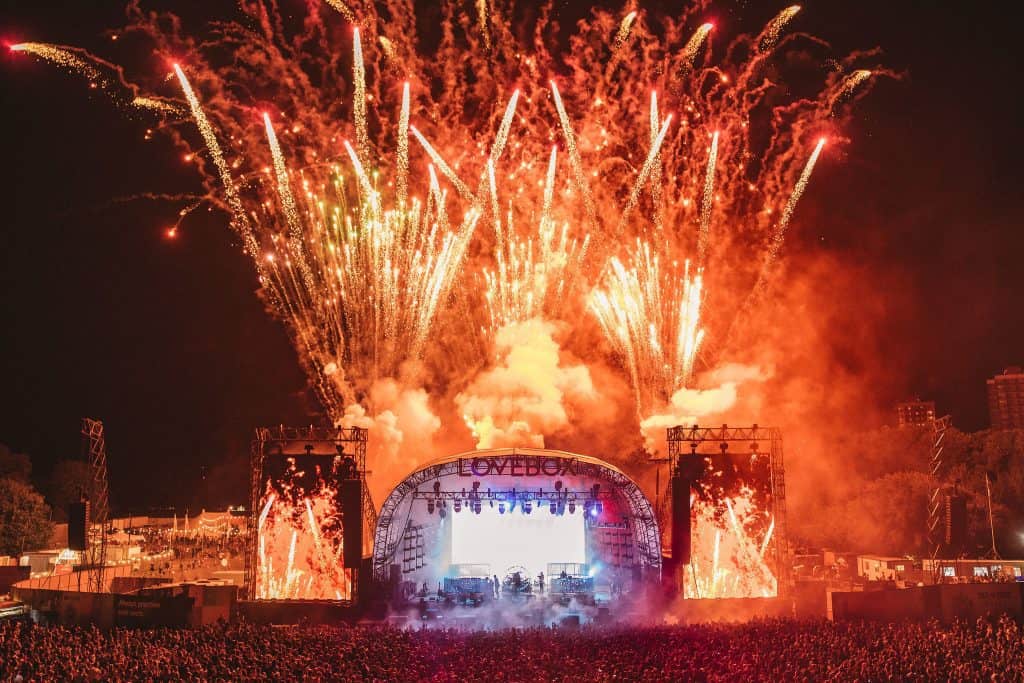 One of London’s biggest music festivals heads west this year to a new location in Hounslow’s Gunnersbury Park. There’s the usual stellar line up with headlining performances from Childish Gambino, Skepta and N.E.R.D.

But we can’t help be most excited about the prospect of legendary hip-hop heavyweights Wu-Tang Clan making an appearance on Friday night. That should be more than worth the ticket price alone.

Jimmy Doherty’s farm in Suffolk plays host to the aptly titled Jimmy’s Festival next month. Food is unsurprisingly at the heart of this laid back gathering with as many cooking demos from chefs as bands taking to the main stage. Headliners on the music front are 80s favourites Paul Young, who’ll be looking for somewhere to lay his hat and the Happy Mondays who’ll be looking to Bez to get the crowd hyped.

There’s plenty for outdoorsy types with workshops on den building and woodland craft taking place and for those bringing kids Dick & Dom will be on the main stage to keep them quiet, or probably quite the opposite. 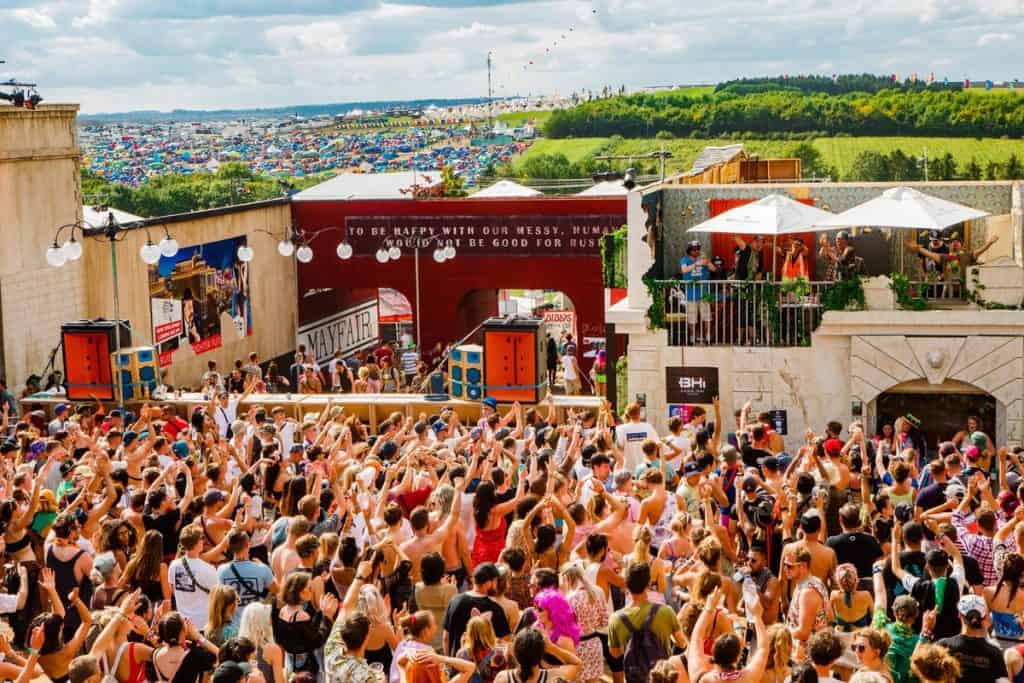 This brilliant independent music festival set in the Matterley bowl in Hampshire is entering its tenth year, or chapter as they say, and it’s looking to be bigger and bolder than ever. Unity, creativity & freedom are the watchwords here in a place where you’re encouraged to get involved in this immersive experience that at times is like a living breathing performance piece.

Nestled in the beautiful Welsh hills of the Brecon Beacons is the gem of the UK music festival season that is Green Man. With more beautiful views than most of the competition, it’s the perfect setting to hear some tunes from a selection of fine acts. This year sees some of our favourite artists playing with The War On Drugs, Fleet Foxes, John Grant and Grizzly Bear all taking to the stage.

And there’s a special treat for psych-rock fans with Australia’s King Gizzard and The Lizard Wizard’s first ever festival headline set, which should be a serious treat for the eyes as well as the ears.

The August Bank Holiday signals a very welcome return for the 7th year of Alex James’ food and music festival on his farm, The Big Feastival. This one has quickly gained a great reputation for supplying plenty of fun and food for all the family. They’ll be music from festival faves Basement Jaxx and Craig David will be on hand to tell the crowd what he’s been up to for the last seven days.

Foodies will be in heaven and perhaps awe with Marco Pierre White and Raymond Blanc OBE showing off their considerable culinary talents. But the most exciting headliner might be saved for the little ones with seemingly every child’s favourite megastar Peppa Pig pitching up. It’s going to be a good few days.

In the shadow of the huge Lovell Telescope at Jodrell Bank Observatory in Cheshire is a festival that’s out of this world in many ways. Perfect for lovers of science and music, Bluedot merges the two together with tunes from the likes of The Chemical Brothers, The Flaming Lips and Gary Numan as well as live science experiments and immersive art.

For those not fancying a whole fest there’s a stand-alone event on the Thursday night called Blue Planet in Concert, which sees a screening of the BBC series backed by the Hallé Orchestra. Which promises to be a bit special.

Often seen as the last dying ember of the UK summer music festival, hence its name, End Of The Road in The Larmer Tree Gardens near Salisbury may have shorter days than it’s predecessors but it’s generally just as much if not more fun. It’s a fest for the open of mind, championing a mix of emerging alternative artists and more established musicians.

This year they’ll be headline sets from Vampire Weekend and St. Vincent and Feist will be popping up to show the crowds whether she’s learned to count past four. They’ll also be a live recording of The Bugle Podcast and Mark Watson taking to the comedy stage. 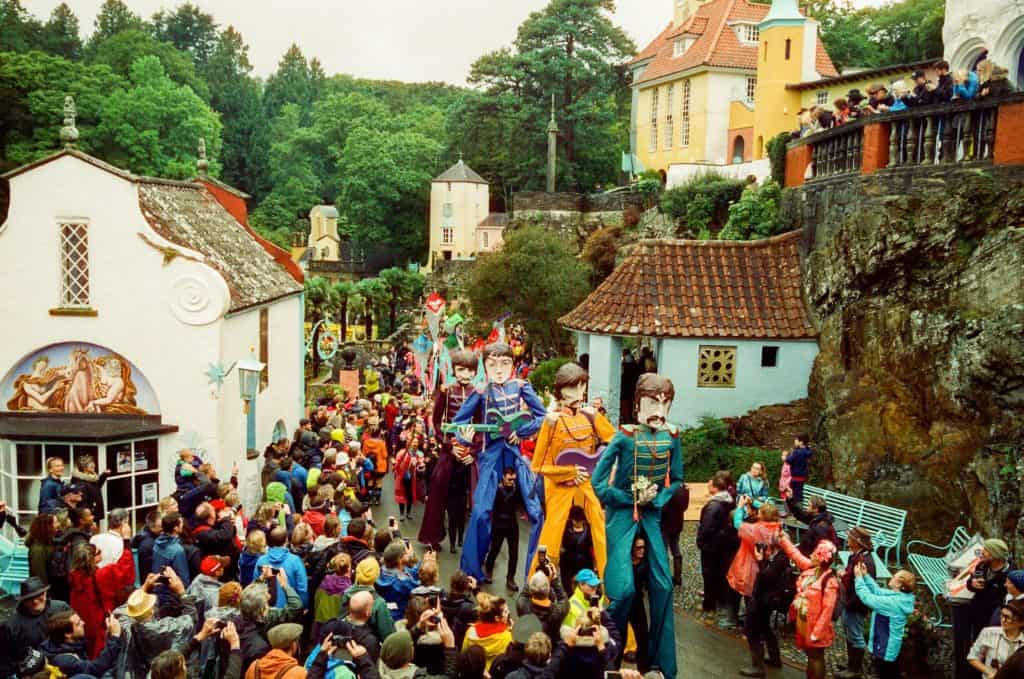 The beautiful setting of Portmeirion in North Wales sees the return of the excellently artsy Festival No6. What was once home to 60s series the prisoner now attracts revellers looking for a dose of culture and mighty fine musical acts. They’ve not disappointed this year with an eclectic mix with a leaning to the electronic side of the street.

The The, Friendly Fires and Everything Everything will all be worth catching, not to mention a megamix from Hot Chip. They’ll also be a disco, with Trainspotting writer Irving Welsh spinning some classic tunes and the searing 90s French film La Haine rescored by Asian Dub Foundation.