They burst onto the British music scene in the early 90s – hailing from Glastonbury they clearly channeled the area’s magic, having huge commercial success during the heady period of Britpop. The MALESTROM caught up with frontman Gary Stringer and guitarist Jesse Wood to discuss being back on the road, working on new material and what the future holds for BritRock royalty REEF.

The MALESTROM: Firstly, how’s it been back out on the road touring?

TM: Did you miss it during your break?

GS: I missed music in general.

TM: How have things changed from your younger days – less parties and boozing?

GS: I still enjoy a drink…

TM: What made you decide to get back into music?

GS: I would find myself awake through the night. Melodies in my head, scribbling words onto cardboard under the moon.

TM: How do you prepare for shows now, clean eating and herbal teas?

GS: I don’t tend to eat at all before a show. I can’t do it. There is a raw energy it’s f**king electric I love it! 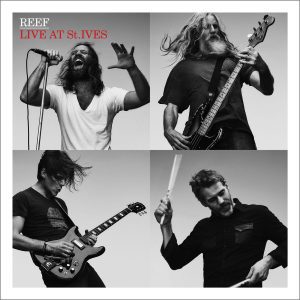 TM: How are the current gigs?

GS: The gigs have been great. Stacks of people, it makes everything you do feel worthwhile. It is amazing how songs connect. Last week ‘Place Your Hands’ sold 1664 copies and re-entered the rock chart at 14. That song is 20 years old.

TM: When can we expect a new album?

TM: Gary your vocals are as powerful as ever on ‘How I Got Over’ – your last single. What inspired you to cover an Aretha Franklyn song?

GS: Our producer George Drakoulias. It’s not an Aretha Franklin song, it’s actually a Clara Ward song but Aretha did the most famous version. What will they give me to sing next, James Brown? Jeeez!

TM: And you recorded in LA again?

GS: Yes. at Dave’s Room in the valley and Sunset Sound in LA.

TM: What has Jesse Wood brought to the band?

GS: A fresh energy, a dynamic killer sound and a smile.

TM: Did you just phone him up and offer him the job or did he audition?

GS: He auditioned along with 7 or 8 guitarists

TM: Jesse – It must be strange playing in a band that you spent your teenage years listening to?

JW: It’s bloody marvellous, it’s amazing what can happen when you put enough feeling into loving music! I love being in this band and have always loved Kenwyn’s guitar playing. Top riff master! 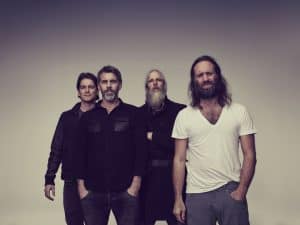 TM: Were you nervous?

JW: Very nervous, how often do you get the opportunity to possibly join one of your favourite bands? As soon as we started playing it just felt right! I could’ve played for hours!!

TM: How was it touring, writing new music without Kenwyn House?

TM: Going back to when you burst onto our screens in the Sony Mini Disc advert – that was a really exciting time for British Music?

GS: It was for us. Like a dream. I signed off income support one week and onto a huge label the next… posh hotels in New York, supermodels. Ken had never been on a plane…

TM: You were an Indie band at the height of Britpop, but you offered something a lot funkier & rockier. Who influenced a young Reef?

TM: ‘Replenish’ was recorded in quite rudimentary surroundings?

GS: At Bath Moles and Sawmills on the Fowey.

TM: How do you look back on your early work?

GS: I’m happy with it. The lyrics and music stand up. Maybe I sounded a little American on that first record…

TM: And what role did Paul Weller play?

GS: He was a huge help and inspiration. We went from pub shows to playing his amazing ‘Wild Wood’ tour, including the Royal Albert Hall and Manchester GMEX … he looked after us and made us feel welcome. Like we’d arrived.

TM: ‘Glow’ was a massive commercial success? Did you know you were sat on an album that was going to explode?

GS: Nope. At the time you are in a bubble and everything is getting more successful each time. I took it for granted and enjoyed the ride.

TM: ‘Come Back Brighter’ featured on a list of the best indie anthems of all time. That must of felt good?

GS: It always feels good to be appreciated.

TM: Which is the song that you most enjoy performing, after all that time away from the scene?

GS: Stone for your Love from our album ‘Together‘.

TM: What are the career moments that stand out to you?

GS: Turning up to Sound City in LA to record vocals on a track recorded in London’s Abbey Road and having Rick Rubin and Tom Petty mixing down a Jonny Cash album. Also taking a piss next to James Brown…

GS: It has to be stage invaders in Japan.

TM: Has anything ever gone majorly wrong when playing live?

GS: Sure … usually when you over complicate things…

TM: Are there any new acts out there that you like the look of?

TM: What plans do you have as a band – moving forward?

GS: We never had a plan I don’t think, it’s more of a lifestyle choice.

For Reef’s tour dates and to book tickets click here