As September drifts into October and Summer seems like nothing more than a hazy dream we adjust to the changing season and darker, colder nights by… watching boxsets of course!

Yes, it’s that time of the year when the end of the working day merely infuses a desire to hurry home and close the door on the cold, damp often dreary outside world and spend our time engrossed in the latest Televisual offerings. Here’s our Autumn boxset survival guide. 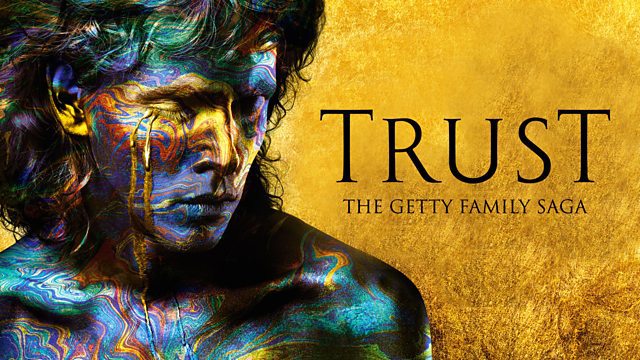 This ten-part series about the 1973 kidnapping of John Paul Getty III potential heir to one of America’s wealthiest empires, is lavishly brought to the small screen through the elaborate directorial vision of Danny Boyle.

Everything about the aesthetics oozes wealth and exuberance, in what is certainly a worthwhile escape as Donald Sutherland brings to life the bloody-minded, malevolent and sarcastic dictatorial JPG a little too easily.

Throw in a star turn from forgotten man Brendan Fraser as a quirky oddball, stetson-wearing former CIA op tasked with finding Getty III and you’ve got the bond that will glue this stylish series together. 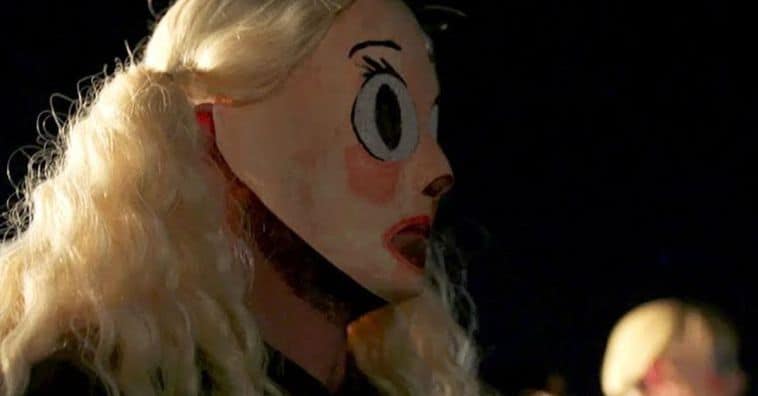 Anything can be spun off these days, and with the ongoing cinematic success of The Purge universe, it’s little surprise a TV series crept into the cosmos. In a similar pattern to the films, The Purge looks at the race stroke wealth divide, pertinent of contemporary American politics through the lives of an ensemble of disaffected citizens.

The ten, hour-long episodes allow for a deeper characterisation and story arch that plays out in a real-time setup. It’s good escapism for a wet and windy weekend on the couch, although the violence is toned down somewhat for a TV-friendly vibe, fans of the franchise should still be satiated. 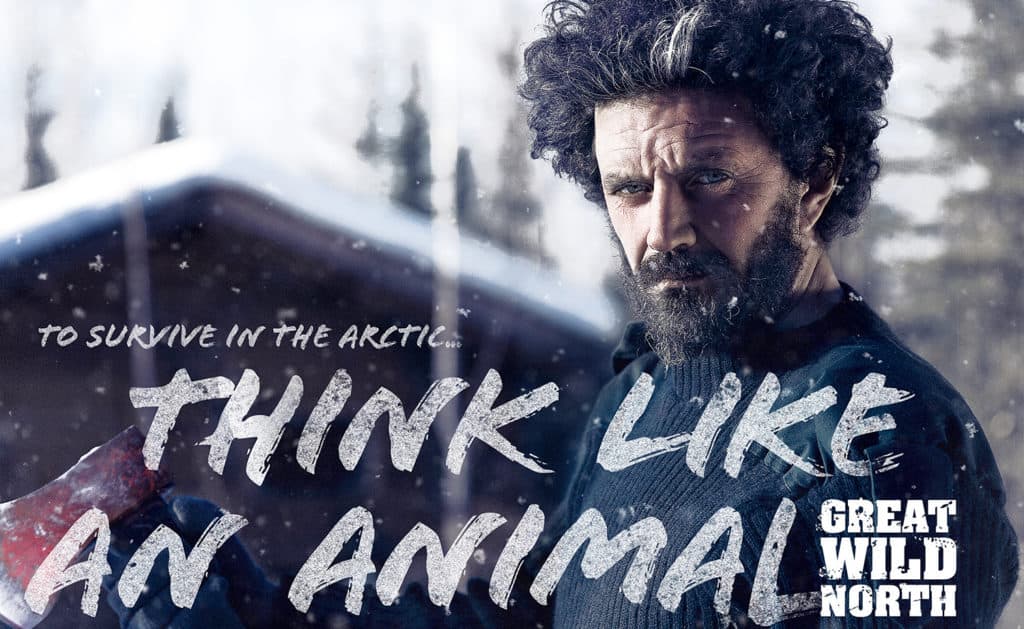 If like us you’re fans of the fascinating History Channel docuseries Mountain Men or the equally absorbing The Last Alaskans from Animal Planet, then you’ll be right at home with Netflix’s series Great Wild North. Following the lives of the hardy, irrepressible men and women of the great wild who rely on trapping animals and hunting game to both feed themselves and forge an income in the perilously fragile landscape of the Yukon and Alaska.

Gritty and utterly engaging, watching these guys who live so far off the grid they need a snow machine to take the rubbish out, making ends meet never gets tiresome, and will give you a newfound appreciation of the bare necessities of life. 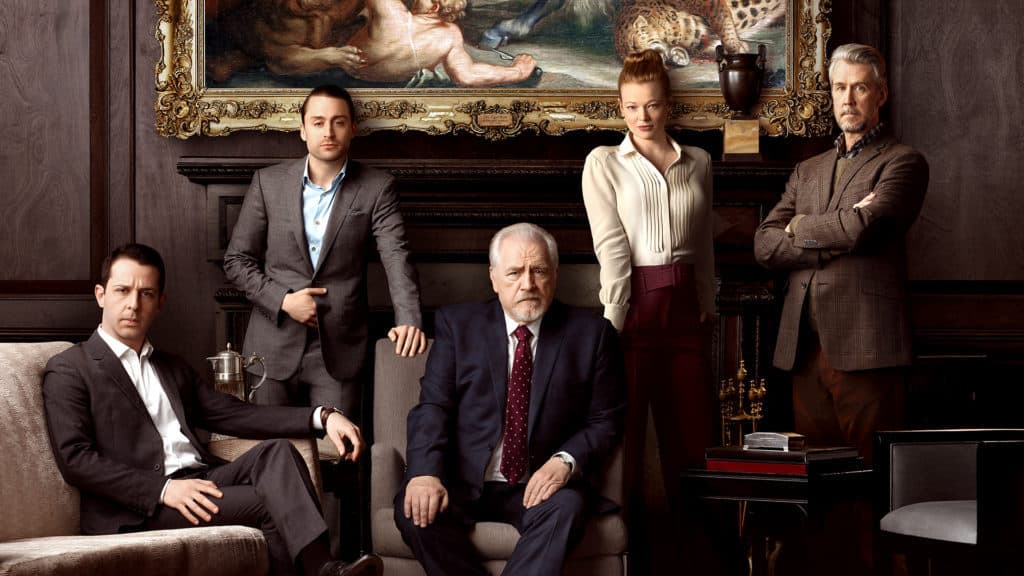 If you’ve not yet checked out American dramedy Succession, there’s no time like the present. There’s something about warring wealthy classes that never gets tired, as in much the same vibe as Trust, the Roy family, owners of a huge multimedia conglomerate Waystar Royco, dive headfirst in a backstabbing battle to seize control of the company upon the long-overdue retirement of no-nonsense patriarch Logan Roy, expertly brought to life by heavyweight Brian Cox.

The comedy comes easy as the siblings draw their battle lines and undermine each other at every turn in what is an excellent series. 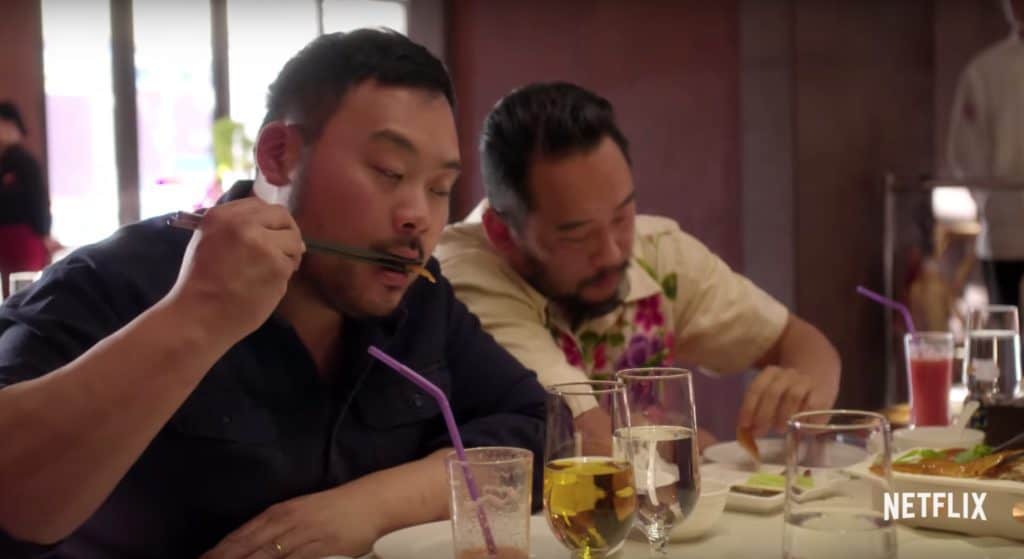 There’s a rather large Anthony Bourdain shaped hole in the culinary TV landscape and while Ugly Delicious is by no means following in those impossible to fill footsteps, it’s a great foodie escape from the brain of star chef and delightfully unapologetic David Chang.

Chang hosted The Mind of a Chef which is also well worth checking and was produced by none other that Bourdain himself. In Ugly Delicious each episode centers on a particular food, be it Pizza, Fried Chicken, Barbecue or Tacos, but rather than a ‘Triple D’ mash-up of restaurants with a here’s the recipe guide, Chang and an array of creatives travel the globe looking at the meaning of said dishes and their place in society and moreover their cultural impact.

There’s a definite political slant and historical context as Chang and his buddies discuss prejudices and authenticity by delving into the Americanisation of what often originates as ‘poor man’s food’. 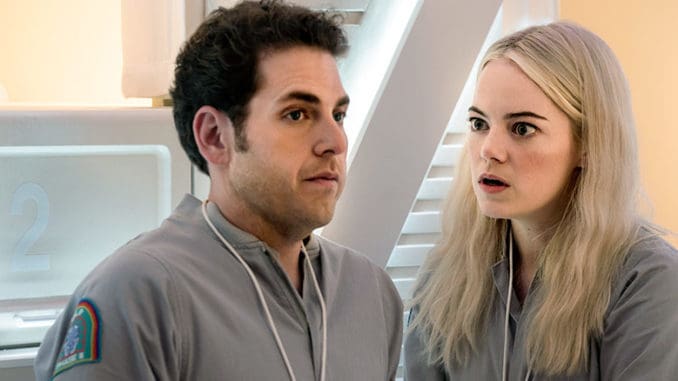 With a cast including Emma Stone, Jonah Hill, and Justin Theroux and True Detective Season 1 director Cary Fukunaga at the helm, this dark comedy about two patients in a mental institute, who’s lives linger somewhere between reality and fantasy is based on a Norwegian series of the same name.

Here Stone and Hill spend three days in psychiatric premises taking part in a radical pharmaceutical trial that promises to alleviate any problems of the mind permanently, with no side effects. However what ensues is a mindbending riotous journey, as their imaginations run wild and seemingly ulterior existences prevail. What does it mean to be normal? Exactly. 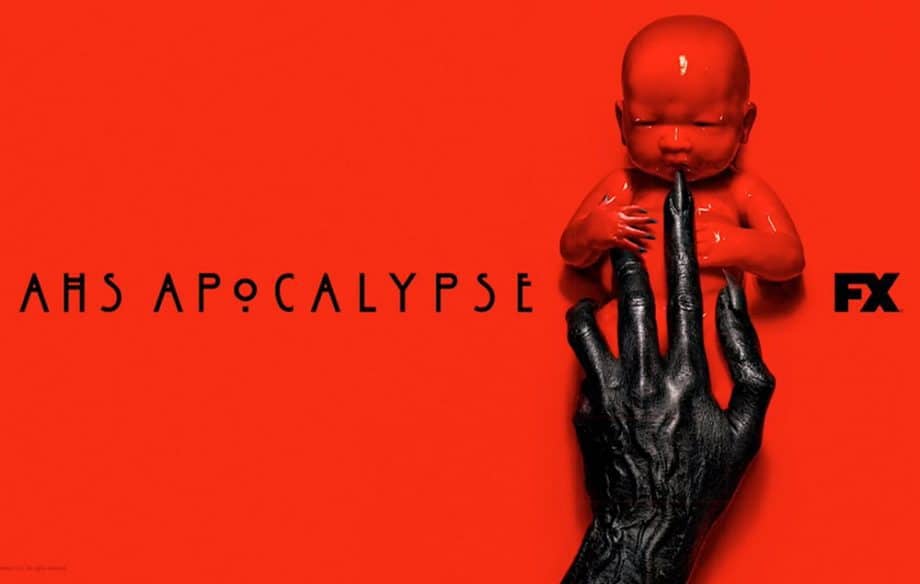 The American Horror Story juggernaut continues with the Season 8 themed ‘Apocalypse’. There’s going to be a fallout of biblical proportions this time around as the long-teased Coven and Murder House series crossover will happen and there are also rumours that we might even get the ultimate figure of evil pitching up in the form of a grown-up Antichrist!

In other exciting series news Jessica Lange, Kathy Bates, and Stevie Nicks will all return for this new season, but in what guise? You’ll have to wait, but it’s shaping up to be a blood-curdling watch. 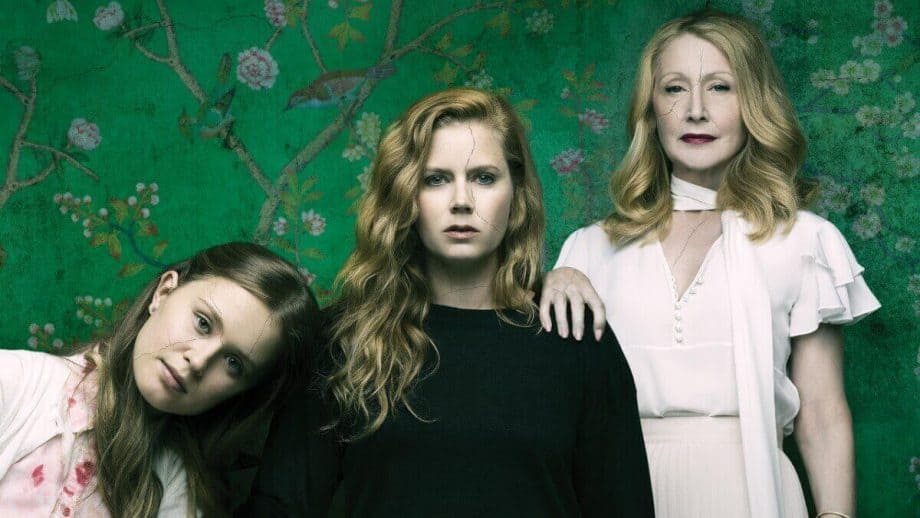 This bleak slow burner based on the novel by Gillian Flynn (Gone Girl) sees Amy Adams make her small screen debut in what was probably the sleeper streaming hit of the summer. Adams plays trainwreck alcoholic newspaper reporter Camille, who having spent time in a psychiatric hospital, returns to her hometown to cover a story about two murdered teenage girls.

Upon her arrival and in the ensuing investigation it becomes clear that the real mystery is not what happened to the victims, but moreover Camille’s past and the secrets she so resolutely attempts to block out. Adams performance is the fire that keeps Sharp Objects burning. 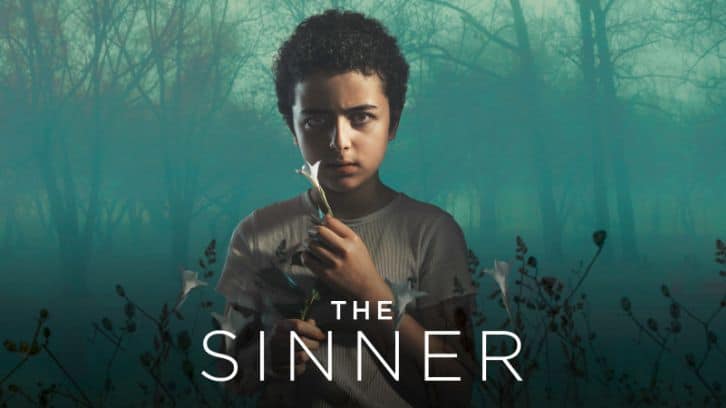 The Sinner burst onto Netflix almost out of nowhere and received huge acclaim from audiences and critics alike. However, and we’ll avoid spoilers for those that didn’t see Season 1, with the story resolved, it’s hard to imagine how the original premise will move forward in a second series.

Well, it seems logical that Detective Ambrose (Bill Pullman) will once again be at the centre of proceedings as he investigates the mysterious case of a young boy who seemingly murdered both of his parents. The captivating why-dunnit classic TV mystery arch that heralded Season 1 looks set to baffle and bemuse once more.

Having already been released on Netflix US (yeah crazy right) early murmurings suggest this was no one hit wonder. 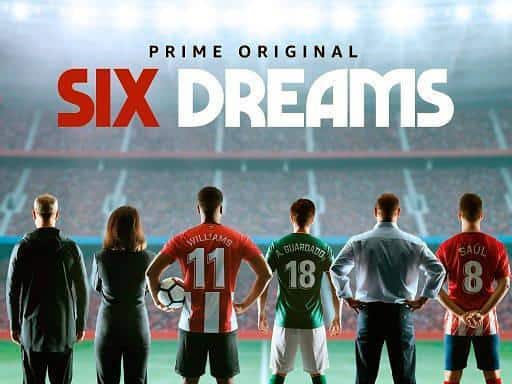 Following on from the continued success of the All or Nothing documentaries and the recent installment behind the curtain with Manchester city, Amazon debuts another football docuseries focusing on the Spanish La Liga, although mercifully it’s not Barcelona or Real Madrid that are central to this reveal. 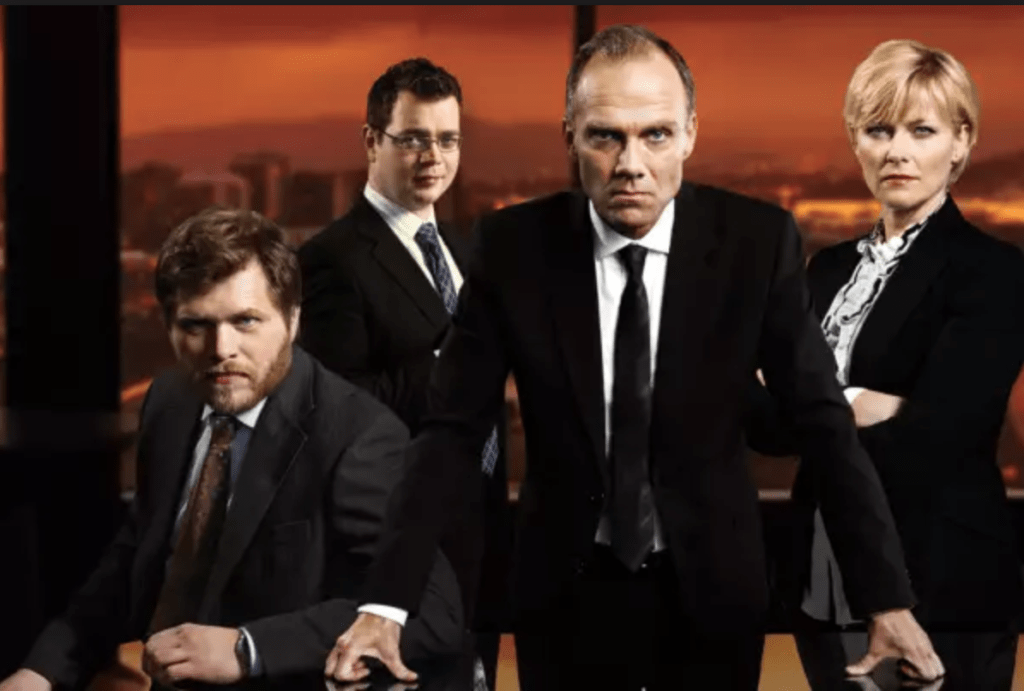 This legal drama set in Reykjavik is another example of excellence from the conveyor belt of the Icelandic noir genre. Following predominantly Logi Traustason, considered one of the country’s most brilliant legal practitioners and two of his colleagues as they delve deep into some often disturbing and challenging cases including murder, fraud, sexual assault and confront characters from the dark recesses of society.

But it’s not only the lives of those they defend at stake as Logi wrestles his own personal demons and attempts to get the truth regarding a devastating incident from his past, that saw him spend time behind bars for manslaughter. A fittingly chilling drama.