Strong, reliable, sturdy, works well in challenging conditions – we could of course be talking about our resident car nut and lover of all things on 4 wheels Frank Evans, but in actual fact we’re thinking more along the lines of that beast of an automobile the Range Rover and in such fortuitous circumstances who better to jump behind the wheel than the man himself. Take it away Frankie…

Most UK based MALESTROM readers will be more than familiar with the reference to a Chelsea Tractor. These of course do at times cause widespread consternation as the luxury 4×4’s that are mainly used by the well to do amongst us, for the simple task of dropping off the kids to school. And of course the car that springs to mind when we hear this term is the Range Rover.

The origins of the Range Rover can be traced back to the British model, The Land Rover, which in turn, can be traced back to the American Jeep that was produced during World War II. After the war, a British engineer copied the basic idea of the Jeep and came up with the Land Rover in 1948. It was to be sold as a stop gap while Rover was getting back on its feet after the war. However, the car sold so well, production increased and was soon outselling the main brands on offer by Rover.

The Land Rover was built with one thing in mind and it was particularly unique selling point, it could work in any tough rural terrain with no problems. Comfort was not even considered as part of the optional extras in that initial stage. Land Rover soon realised that there was a market for an off-road vehicle that also provided a comfortable ride especially in places like Africa and Australia, where the need was greater. A proto-type was built in 1958 but was never produced. 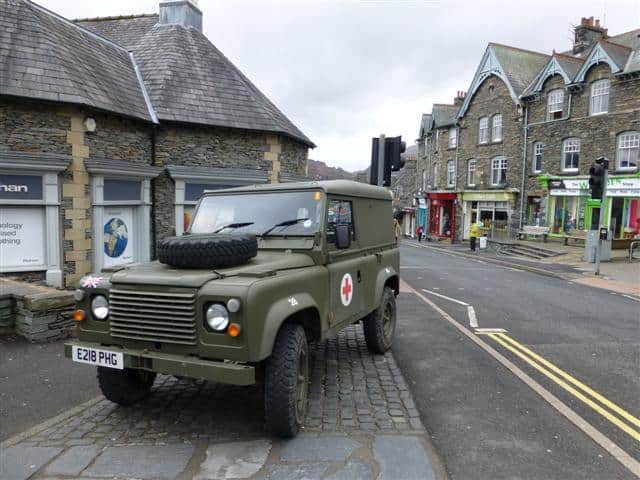 During the 1960’s Rover became aware of the development of off-road luxury cars being produced in America also known as Sports Utility Vehicles (SUV), the Jeep Wagoneer being one of the cars Rover wanted to emulate. By 1967 a concept car known as the “100 inch station wagon“ took shape which featured a long-travel coil spring suspension which was required for a luxury off road vehicle. The 100 inch referred to the length of the wheelbase which still continued when the new model, the Land Rover Discovery, was introduced in 1989.

Charles Spenser King was the man in charge of the project and was keen to have a new permanent 4 wheel drive system in the vehicle. The Range Rover was developed at the Solihull site in Birmingham, and later, was also assembled in Australia from 1979 to 1983.

The choice of engine would come in the form of a Buick aluminium V8 3.5 litre engine. Because they wanted the car to go off-road in any situation, modifications were necessary such as carburettors that maintained fuel supply at extreme angles and provision for cranking the engine with a starter handle in emergencies.

The Range Rover was groundbreaking when it was launched in 1970 in that it was to use the trade mark symmetric dashboard designed by David Bache that would find its way onto other British Leyland cars such as the Rover SD1 and the Mini Metro. The Range Rover was capable of a top speed of 95mph, a towing capacity of 3 tons, plenty of room for 5 people and had hydraulic disk brakes on all wheels. The Range Rover was distinct in another way in that it was made of aluminium except for the two section rear tailgate and initially only had 2 doors. The car hung on a steel safety frame which allowed the body work of the Range Rover to carry much structural strength with the steel frame, while retaining the corrosion resistant and easily repairable aluminium outer panels.  Apart from minor changes, the car did not change much on the outside for the first ten years.

The critics loved it as it was like no other car that had been on sale before or at that time. Later on in its life, the Range Rover would be badged the best 4x4xfar. In 1988, Playboy magazine awarded the Best 4×4 award to the Range Rover.

Although the Range Rover could do 95 mph, it could be prone to rolling over if corned too harshly due to the boxy design. 0 to 60 was 15 seconds which matched any of the family cars being sold in that era. By 1996 when production ceased, top speed had reached 110mph and 0-60 was achieved in 11 seconds.

As you would expect, the Range Rover performed rather well off-road and came 1st in the first Dakar to Paris Rally in 1977 and again in 1981. It was also the one of the first vehicles, along with a Land Rover to traverse both American continents, North to South, through the Darien Gap from 1971 to 1972. In 1989, to help boost sales, 8 special edition Range Rovers were entered for the “Great Divide Expedition.” This was a 12 day, 1128 mile trek across the Rocky Mountains.

Sale in the USA were slow to take off due to finance and US safety regulations. In the early 1980’s Ranger Rovers were sold in the USA on the grey market. This was a practise where cars were legally imported from another Country through channels other than the maker’s official distribution system. In 1985 Range Rover of North America was established in Lanham, Maryland. The Range Rover was officially launched in 1987 at the LA Auto Show and later on at the Chicago Auto Show a month later.

The first major change came in 1981 when a four door version became available. Previously, you would have had to go to a specialist car builder to get your car converted from a two door to a four. One of the reasons why so many foreign competitors gained ground with their version of the Range Rover was that they were able to offer a four door vehicle, but not many could match the regal looks of the Range Rover. It is interesting to note that had the then owners, British Leyland, produced a four door version alongside the two door from day one, it is unlikely rival competitors would have broken into the 4×4 market as quickly as they did.

Later on in 1984, the then owner, British Leyland, decided to take the Range Rover more upmarket and introduced leather seats and automatic transmission. Later changes saw the dashboard updated and minor tweaks to the outside. By 1985 fuel injection was introduced to help improve emission tests that were quite strict in the USA.

As mentioned earlier, the Range Rover had a permanent four wheel drive system. It was clever in that it allowed you to change to a lower ratio gear thus allowing you to climb steep inclines. It would also be possible to drive off from stand still while you where in 3rd gear and lower ration. (Readers of the MALESTROM can learn more about the four wheel drive system in my report on the Audi Quatro).

The Range Rover had other uses other than as a family car. With its high driving position, it was perfect for conversions. You may see around your town ambulances and fire fighting vehicles made from the Range Rover body and most famous of all, the Pope Mobile, used when Pope John Paul II visited the UK in 1982. These Range Rovers were fully bullet proof and cost £128,000.

The Range Rover has appeared many times on the BBC TV programme, Top Gear and recent models can be seen climbing very steep mountains where a normal car could never go. Even going on foot would be strenuous, but not in the Range Rover. They even used a Land Rover to make a vertical climb up a dam!

The car continued to be made until 1996 which is unusual in car making in that it was sold for a short while along side its replacement known as P38A which was introduced in 1994. When the new Range Rover (P38A) was introduced, the older model was referred to as the “Range Rover Classic” and the name has stuck ever since.

Looking back, the Range Rover was a head of its time and was certainly a unique design when it was launched in 1970. It can be said that most of the 4×4’s sold today can probably trace their roots back to the Range Rover Classic. There have been many copies along the way but none have so far matched the looks or the off-road ability of the Range Rover.

The company that makes the Ranger Rover today is now known as Jaguar-Land Rover and has more models in the line up from the Evoque to the Discovery and the Range Rover including the Range Rover Sport. A new model is even in the pipeline to replace the old Land Rover Defender which can date its origins back to 1948. Once thing is sure, after nearly 70 years, they are still the best 4x4xfar!