“His left foot is fantastic. It’s like Mozart. God gave Freddy the gift to play soccer. If he is prepared mentally and physically, nothing will stop him.” – Pelé

You have to go back 14 years to the summer of 2004 when one of England’s brightest ever footballing talents, still aged only 18, swapped his boyhood club Everton for a move to Manchester United in what was at the time the highest fee ever paid for a player under the age of 20.

The £26 million deal underlined the hyperbole surrounding this prodigious young talent and saw Wayne Rooney become the most talked about player in European football and quite possibly the world. When Rooney stepped on to the pitch records got broken, and it seemed that he was destined for greatness.

Over the course of the next ten plus years, Rooney would go on to achieve pretty much everything a Premier league player could hope for and bar international success has had an illustrious playing career. However, it was Rooney’s current home, across the pond at D.C. United that during that very same year of 2004, attention was focused on another mesmerising football talent.

A 14-year-old boy by the name of Freddy Adu had just become the youngest American ever to sign a professional contract in a team sport. A $500,000 a season contract raised eyebrows but signalled the birth of America’s first footballing global superstar, or at least that was how the story was supposed to go.

“A lot of people have been hyped up to be great but just disappeared. I promised myself I wouldn’t be one of them.” – Freddy Adu 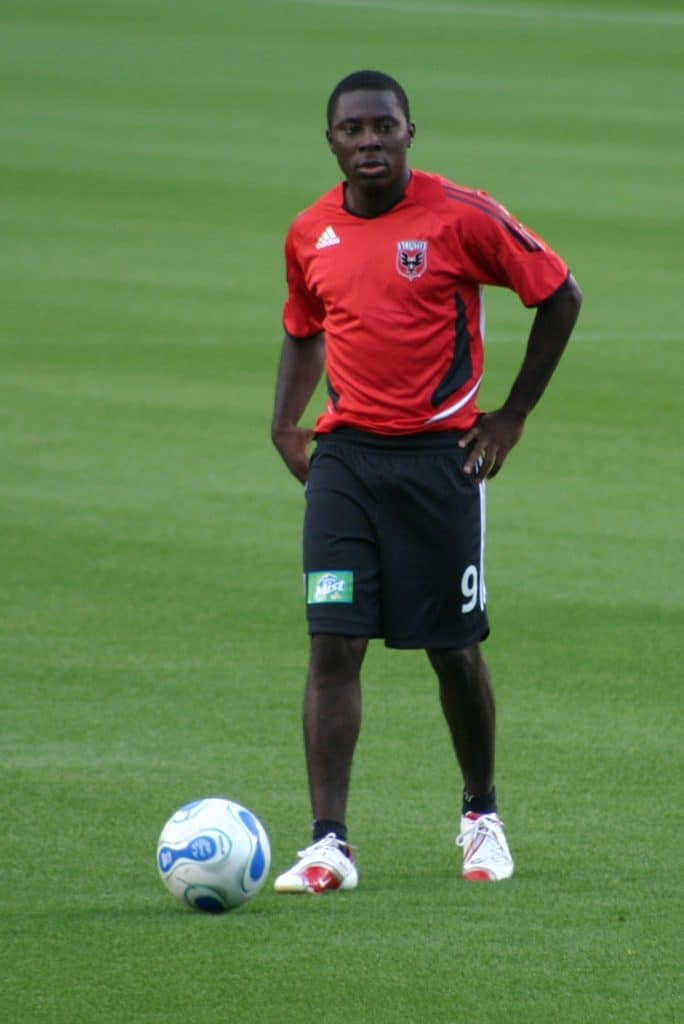 Freddy Adu was exactly what American ‘Soccer’ and more importantly the MLS needed, one of their own, a youth team player breaking through, capturing worldwide attention and inspiring a generation of future footballing stars.

Such was the hoopla surrounding Adu that before he’d even kicked a ball for D.C. he signed a $1million a year sponsorship deal with Nike, putting him up there with Tiger Woods, Michael Jordan, and LeBron James and all this for a young lad who hadn’t even stopped growing.

Adu’s rapid rise really gathered pace when in the April of 2004, he made his debut off the bench for D.C. making him the youngest player ever to appear in a professional sporting match in the US’s history – although it’s hard to imagine it would ever happen any place else for that matter.

Two weeks on from that historic introduction, Adu scored his first goal in a defeat to MetroStars, he would finish the campaign with 30 appearances 5 goals and 3 assists, while helping D.C. to win the MLS Cup.

That season is really a quite remarkable story in itself, in the UK we’re no strangers to stories of youth sensations and the ‘next…’ but to be playing professionally at fourteen is actually quite weird when you stop to think about it.

Indeed for Adu to be garnering attention here in the UK says a lot, even now, how many Premier League fans could really name more than a handful of MLS players of US citizenship? In fairness, it was maybe Football Manager 2005 that was responsible for that hype.

The following year would see Adu compete in the 2005 FIFA World Youth Championships, drawn in a tricky group featuring Egypt, Germany and an Argentinian side featuring Pablo Zabaleta, Sergio Aguero, and a certain Lionel Messi. Believe it or not, despite being two years younger, it was Adu and not Messi who at that time was being tipped for superstardom.

The USA topped the group beating Argentina in the process, however, it was the Messi inspired Argentinians that would win the tournament, growing game by game, in what was clearly a sign of things to come. Adu, on the other hand, had impressed enough to get a call-up to the U.S. senior squad making his debut in January 2006.

“He is the best young player in the world right now; not in the United States, in the world.” – Ivan Gazidis

Back on the domestic scene and Adu’s meteoric rise looked set to continue when he was given a trial at Manchester United in November 2006 still aged only 17, Chelsea also enquired and there was more than admiring glances from Real Madrid, but as Alex Ferguson explained, United had been tracking his progress for a while,

“He’s only young but we have known of him for a long time. We tried to get him here some years ago but he signed for DC United and that stopped the progress of us keeping tabs on him.”

He was unable to feature for United on any level, due to not having a work permit and was restricted merely to training sessions before returning to D.C. United. However, the Premier League was never far from Freddy’s mind,

“I definitely want to play for Chelsea one day… They’re my favourite club in England. I spoke to [Jose] Mourinho … we were just having fun and he congratulated me on the goal I scored last week… I would love to play for them. At 18 I start exercising my options and I hope I get a call from a big club.” 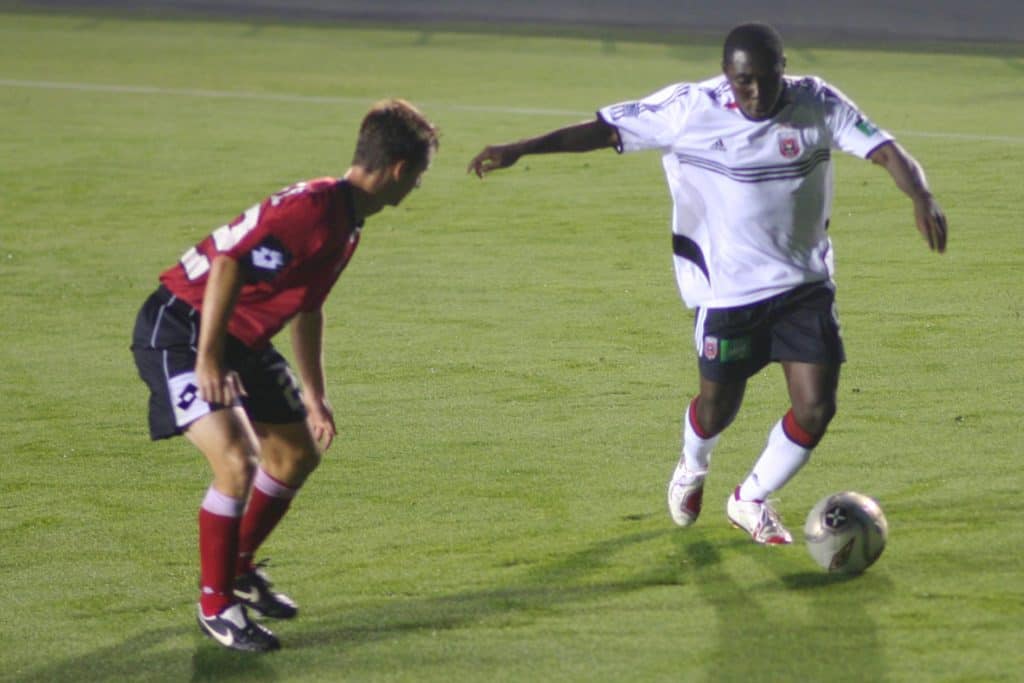 Of course, a move to Chelsea was not forthcoming and remarkably for such a supposedly rare and magical talent, in hindsight, that was probably about as good as it got for Freddy Adu. Yes, a player who was not yet an adult and still four years shy of being legally able to purchase alcohol in his homeland had reached the pinnacle of his career.

Perhaps that’s a bit harsh. Having been traded to Real Salt Lake by D.C. United, and after another impressive showing at the 2007 U-20 World Cup, Adu secured a transfer to Benfica for a reported $2million, in what should have been his chance to shine on the European stage.

Well, Adu didn’t so much shine, in fact, he barely even flickered, making a substitute appearance in a Champions League qualifier and a handful of appearances for the Portuguese giants before a truly nomadic journeyman career began.

Adu had four loan moves from Benfica during the following three seasons, including a standout opportunity at Monaco that yielded nothing, before a stint back in Portugal, a move to Greece, and finally a spell in the Turkish Second Division. From there he returned to the U.S. and Philadelphia Union, before a disastrous turn at Brazilian club Bahia.

Following that Adu had a series of trials with any club willing, including popping up in the North West of England as reported by the Blackpool Gazette. After that, he joined Serbian side Jagodina before moving to the Finnish third division with SC Kufu.

In 2015 he headed to North America and the Tampa Bay Rowdies before having a trial at Portland Timbers to no avail and then taking a brief respite selling vacuum cleaners on Twitter. 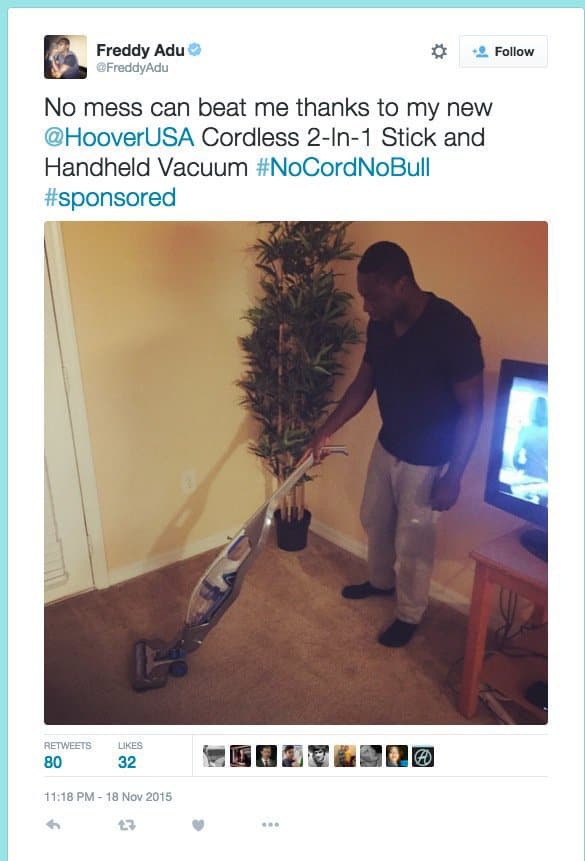 After that strange sojourn, he headed to Poland for another trial with Sandecja Nowy Sacz, much to their manager’s disdain. Freddy Adu finally settled at Las Vegas Lights FC where earlier this year he scored his first goal in 36 months, at the grand old age of 29.

Maybe Freddy Adu was just a good young player that didn’t develop, maybe the pressure and sponsorship deals were just too great a burden for those young shoulders, or more tragically perhaps the desire to find a superstar in the U.S. and the fast-tracking of Adu’s career adversely affected him.

What impact did playing at the age of 14 against grown men have on a physically immature Freddy Adu, and did it possibly in some way have a greater impact on his later career?

Michael Owen himself a teenage sensation has made no secret of the effect he feels those games during his tender years would impact his later injury issues. Mind you if James Milner’s recent performances are anything to go by, maybe Freddy Adu’s tale still has another twist.

“He’s the first guy soccer’s had in America that transcends the game. He’s kind of like Tiger Woods.” – Doug Hicks