What Really Happened to the Three Prisoners who Escaped from Alcatraz?

Whether you’re heading off on a luxury two week beach holiday with the other half, taking in a weekend break by the sea, or trying to squeeze in five minutes of peace and quiet as the kids run amok on your family trip to Butlins, you’ll no doubt need a good book to help you unwind and relax as you put life stuff on the back burner, for a short while at least.

In typical MALESTROM fashion, we’ve got a mix of twisted, thrilling, dystopic reads that’ll leave you well and truly on the edge of your pool lounger. Here’s four of the best beach reads this summer. 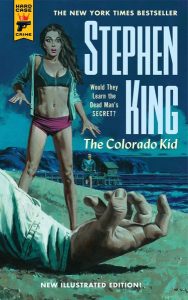 The recently reissued paperback edition of Stephen King’s Colorado Kid is, of course, a must read for fans of his work, but also, one for lovers of crime mystery with a twist. No spoilers here, however, it’s certainly a book that leaves more questions than answers.

King himself stated “you’ll either love it or hate it” on the novel’s release and while we love it, you can certainly understand some readers misgivings. The Colorado Kid has been categorised in the ‘hard case’ crime group, which is something of a diversion for King, but still a worthwhile pursuit.

On an island off the coast of Maine, a man is found dead. There’s no identification on the body. Only the dogged work of a pair of local newspapermen and a graduate student in forensics turns up any clues, and it’s more than a year before the man is identified.

And that’s just the beginning of the mystery. Because the more they learn about the man and the baffling circumstances of his death, the less they understand. Was it an impossible crime? Or something stranger still…?

No one but Stephen King could tell this story about the darkness at the heart of the unknown and our compulsion to investigate the unexplained. It’s a moving and surprising tale whose subject is nothing less than the nature of mystery itself… 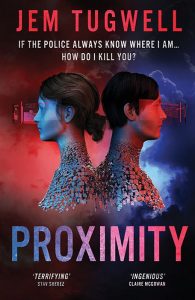 A world without any crime whatsoever seems implausible, doesn’t it? Well, with rapidly advancing technology rooted within every nook and cranny of society, that is exactly the world Jem Tugwell brings to life in his exhilarating and provocative debut crime thriller with a twist.

Utilising 20 years of professional experience as a software developer, Tugwell offers an unnerving insight into how our world might be transformed by the rapid advance in embedded technology and fitness trackers.

A world that’s equal parts dystopic and utopic, where the dominant technological system ‘iMe’ has led to complete control and with it the eradication of crime.

That is until a body turns up, with no trace as to the killer. In a world that’s evolved from intuition and logic, Detective Clive Lussac must re-sharpen his investigative skills and with his new partner Zoe Jordan find the killer before more victims appear. 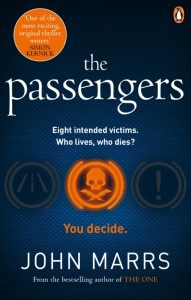 From the mind that brought us the best selling novel The One, John Marrs returns with his latest offering The Passengers. Set in the not too distant future, this imaginative roller coaster ride is a compelling and terrifying thriller.

A world where government endorsed driverless cars is the safest mode of travel. That is, of course, until one twisted soul hacks into the control system and sets eight passengers on a fatal collision course.

A TV star, a pregnant young woman, a disabled war hero, an abused wife fleeing her husband, an illegal immigrant, a husband and wife – and parents of two – who are travelling in separate vehicles and a suicidal man.

As the hacker insists the public must judge who should survive, the question is, are the passengers all that they first seem? A twisted popularity contest and death by social media offer a dark reflection of the world in which we now exist.

Another book that raises ominous question marks about the artificially intelligent technically advanced future that awaits us. The Passengers will have you well and truly gripped. 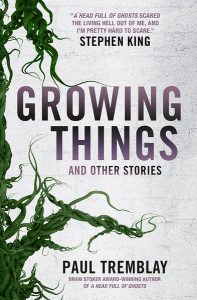 This wonderful collection of 19 short stories from the acclaimed and award-winning horror writer Paul Tremblay (The Cabin at the End of the World), is the perfect combination of terror and entertainment.

Showing once again why he’s fast becoming the leading voice in the literary horror landscape, Tremblay is a master at playing with our deepest and darkest fears.

From a student and her classmates that are forced to endure a tormenting and terrifying video in ‘The Teacher’ to the vanishing armed robbers in ‘The Getaway’, and in ‘Swim Wants to Know If It’s as Bad as Swim Thinks’, a meth addict kidnaps her daughter from her estranged mother as their town is terrorised by a giant monster.

There’s lots more in between, in this eclectic array of fabulous fiction to suit all horror tastes and tendencies.

Tell us about your favourite beach reads in the comments below.