5 Films to Look out for at the London Film Festival

Autumn is in full flow, assuming Autumn is the time of the year when 50 mph winds and torrential rain sweeps the nation? If not, well, just blame it on Brexit. Either way, the nights are closing in, which means a host of great TV, with Summer now gone the cinema’s fill up with eagerly anticipated features and as always this fair nation of ours, with all the creative and independent minds we possess, provides no end of exhibitions, festivals, and events (of the indoor kind) to keep you thoroughly entertained and indeed dry. It’s the Weekly EDIT

Grayson Perry’s first exhibition at the gallery since 2012 turns the tables on the very people he presumably will sell his work to. His Super Rich Interior Decoration parodies the very idea that buying expensive things offers some perspective in this crazy world, and targets the empty universe of social media and the frailties of mass consumerism.

Indeed Perry’s work itself is only affordable by a select few, so will his sardonic approach backfire? It’ll likely make his pieces more desirable. Best to check out this exhibition sooner rather than later.

Symondson’s work famously features embellished AK47 guns and this new work bears even greater firepower by taking O’Neill’s most popular photos of armed celebrities and scattering them with real bullet holes and his signature butterflies. Looks like a collab worth checking out.

From October 2nd all the way through to the 13th, London’s cinema’s will be awash with the brightest talents and most absorbing pieces of work as film lovers favourite time of the year returns. We’re talking London Film Festival, an extravaganza of eagerly anticipated releases like ‘The Irishman’ (need we mention it again) which is closing the fest and a whole host of Q&A’s, masterclasses, short films, gatherings and workshops. Look out for The Peanut Butter Falcon, The Cave (Thai version), The Traitor and Koko-Di Koko-Da amidst a plethora of outstanding productions. 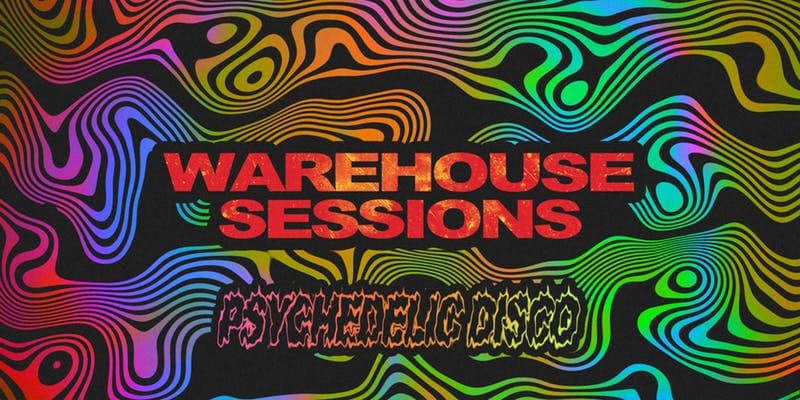 The legendary Psychedelic Disco Session returns to Liverpool’s hip Baltic Triangle with the event to be held at a so-far undisclosed location. It’s promised one of the city’s most powerful warehouses will be transformed into a psychedelic playground filled with tripped out techno, wavvy disco and hectic house music. Here you can get your rave on to special guest DJ’s and mind-melting visuals. Let’s have it! 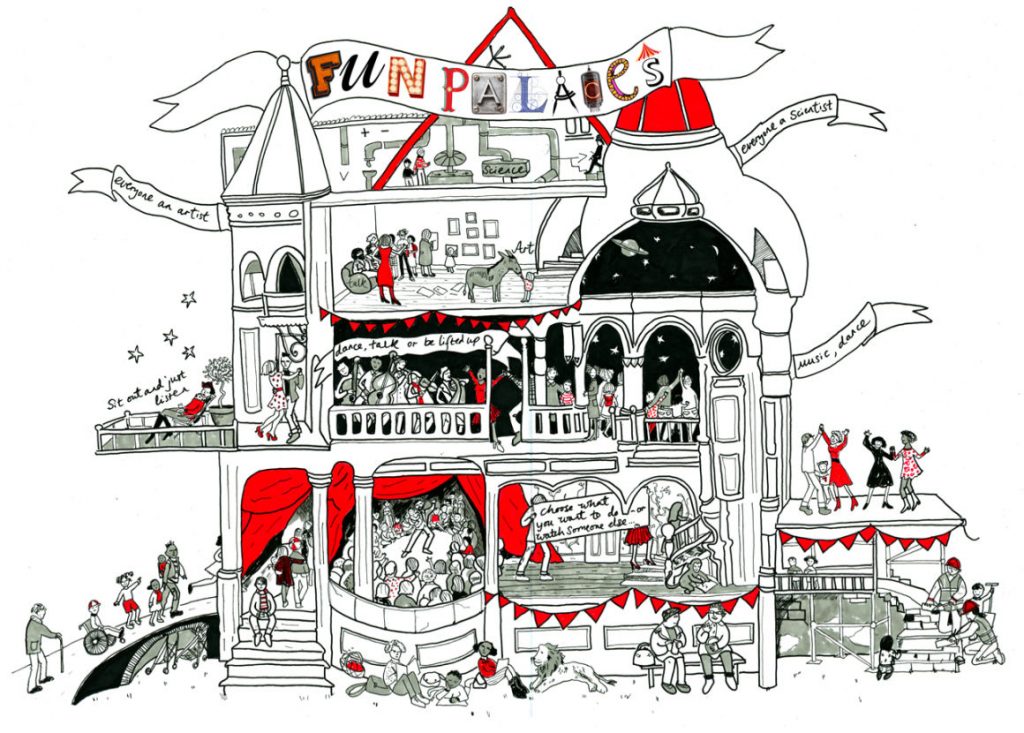 Fun Palaces is an ongoing campaign for cultural democracy, with an annual weekend of action every October. The weekend will see Fun Houses popping up nationwide where a combination of arts, craft, science, tech, digital, heritage and sports activities, led by local people, sharing their own passions and skills, will hopefully act as a catalyst for community-led transformation.

2018 saw 433 Fun Palaces across the nation and that number looks set to grow, as like-minded, community-driven individuals put their energies into making our world a better place for everyone. Small steps and all that. 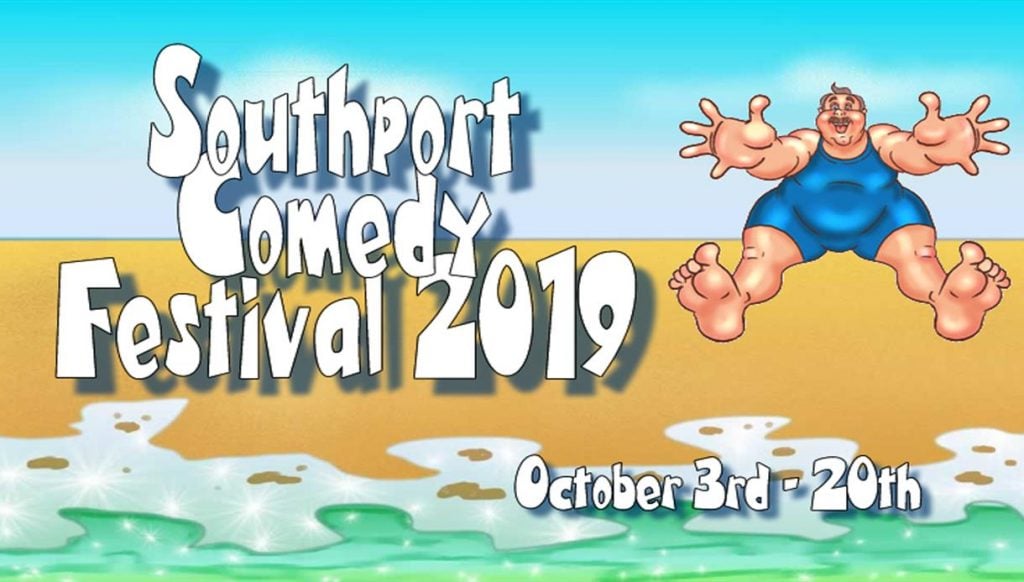 If you’re in need of a good laugh then the North West resort of Southport is the place to be over the next couple of weeks. Some of the nations top comedians will be heading there to spread some much-needed mirth at the 9th annual Southport Comedy Festival.

See the likes of Jason Byrne, Robin Ince, Alexi Sayle and one of our faves Tom Binns aka calamitous hospital radio DJ Ivan Brackenbury. Alongside those gigs, there will be comedy pub crawls and a new comedian competition culminating in a grand final. 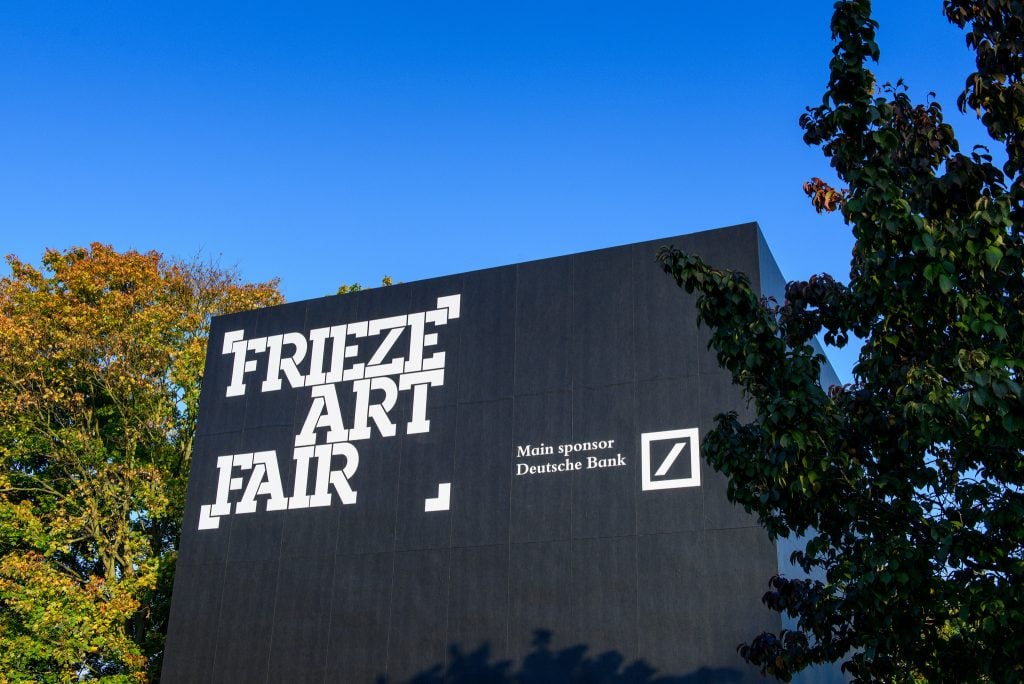 The capital is about to get even artier with the start of Frieze London this week, one of the biggest events in the UK art calendar. More than 160 of the world’s leading galleries will be descending on London’s Regent Park, which hosts a pop-up exhibition hall, where visitors will be able to browse works by more than 1,000 contemporary artists, from newcomers to established names.

Highlights include work from Ryan Gander with his ‘Time Well Spent’ exhibit, a matt black vending machine that expels objects randomly at £1,000 a go! The phrase more money than sense may apply here. 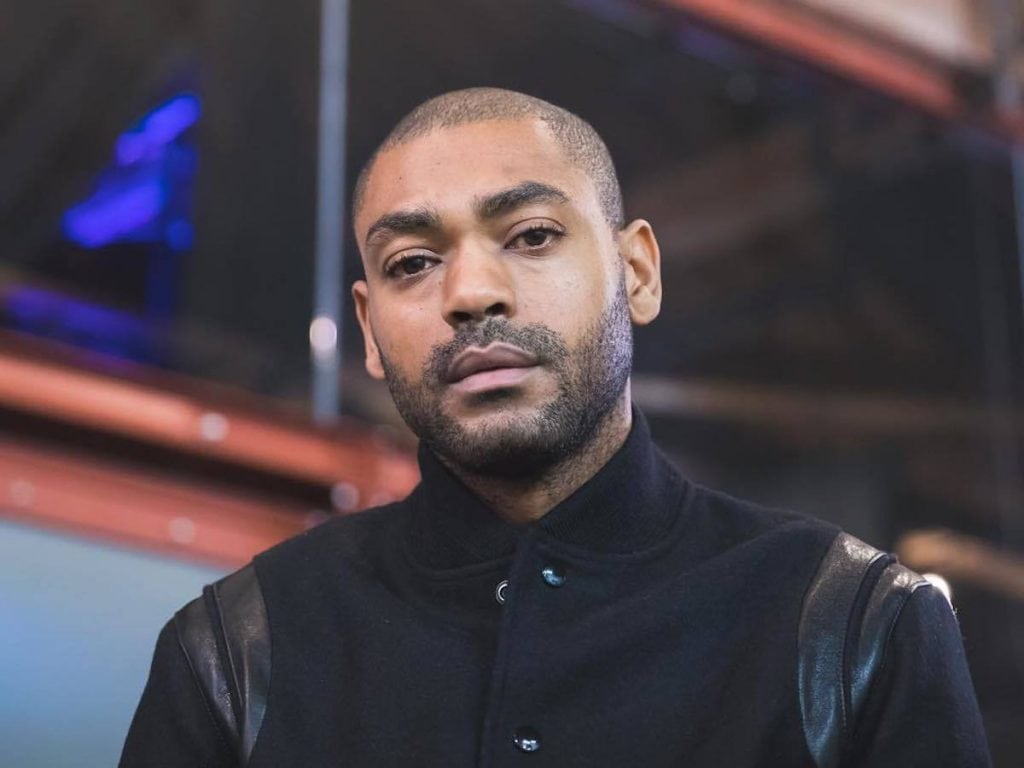 Grime pioneer Kano has shown his consistent talent with current genre-pushing album Hoodies All Summer, the follow up to his 2016 effort that was Mercury Prize nominated. Possessing machine gun like lyrical delivery he’s a live act worth catching. Luckily for you he’s currently on tour with Northern dates in Glasgow and Manchester this week.

Restaurant of the Week 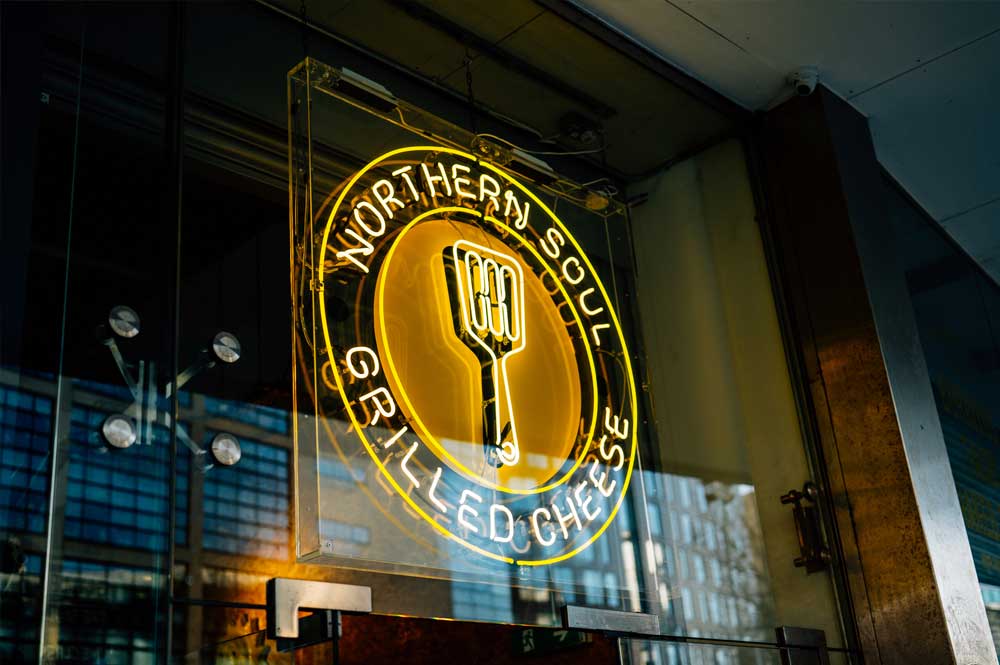 What more deliciously simple and indulgent snack than a melted cheese sandwich? The good people at Northern Soul in Manchester have turned this dish into something of an art form. They’ve just opened a sit-down grilled cheese restaurant in the city’s Northern Quarter where you can sample some of the cheesiest delights you’ll ever have tasted in your lives. Try ‘The Soul’, their house sandwich with its secret 3 cheese blend or their signature homemade Mac & Cheese with or without pulled pork. Either way, you won’t be disappointed. A visit to Northern Soul guarantees good music, old school service and top-notch nosh at very affordable prices. 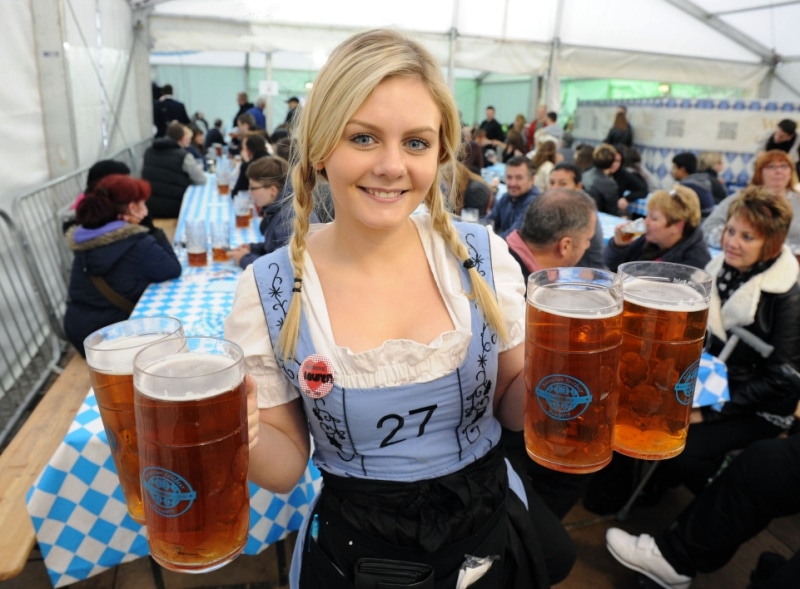 Chelmsford, Essex will be transformed into a Bavarian beer drinking oasis, as the crowds gather once more for what is fast becoming an English tradition nationwide. Grab yourself a frothy stein to accompany your bratwurst and get your dancing shoes on, for a good old foot stomp in one of Europe’s largest bier tents. Sounds like a riot. 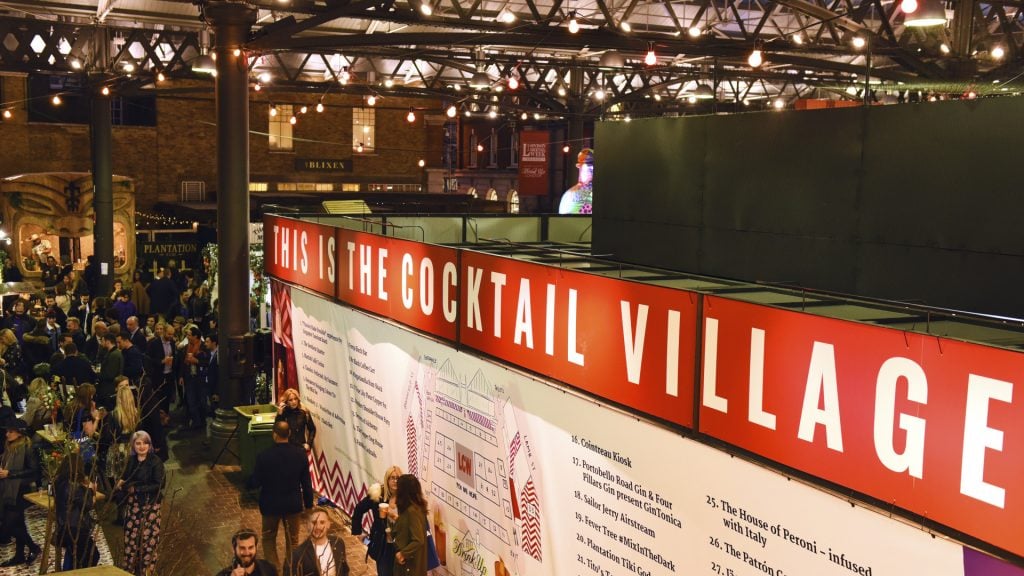 Starting this Friday and lasting for a week, London will become a haven for cocktail lovers as over 250 bars across the capital will be offering discounted prices, six quid to be exact as long as you have got your LCW Digital Pass – buy yours HERE. At the same time, Old Spitalfields Market will be transformed into a Cocktail Village where an immersive maze of pop-up cocktail bars, experiences and food vendors in every shape and size will keep you busy and get you merry, 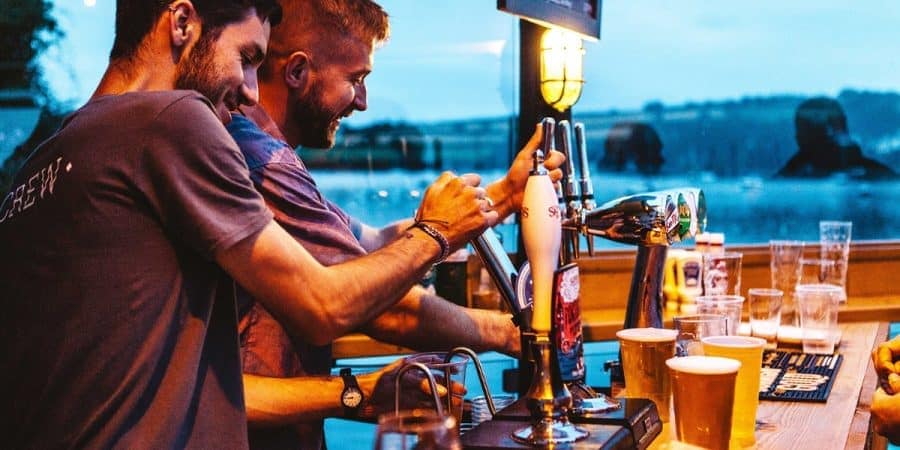 For a whole weekend, Falmouth’s Waterfront will become a resting place for 245  different Real Ales, 85 flavours of Cider, 20 local Cornish Craft Beers and 15 different Cornish Gins, which we’re assured will all be gone come the events end. There’ll also be a vast array of street food stalls featuring global offerings, local seafood and game plus veggie and vegan offerings. Alongside all this, there’ll be a host of live bands and performers to keep you entertained and wondering where the time’s gone. 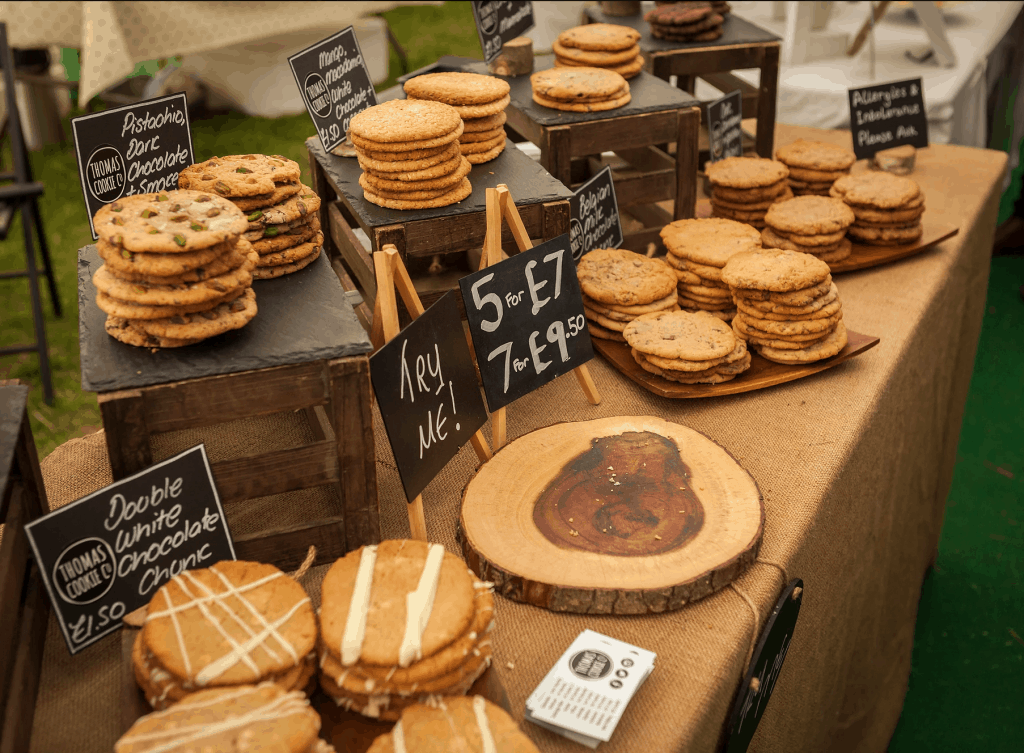 Now in its eleventh year, Broadstairs Food Festival is a much-loved celebration of delicious regional food and drink, demonstrations and workshops. All set in the beautiful coastal town of Broadstairs, the event is a foodies’ heaven, celebrating the very best food and drink in, and around, Kent. From cheese, chutneys, meat, fruit, ciders and prosecco, to workshops and tastings, it’ll be a marathon, not a sprint. 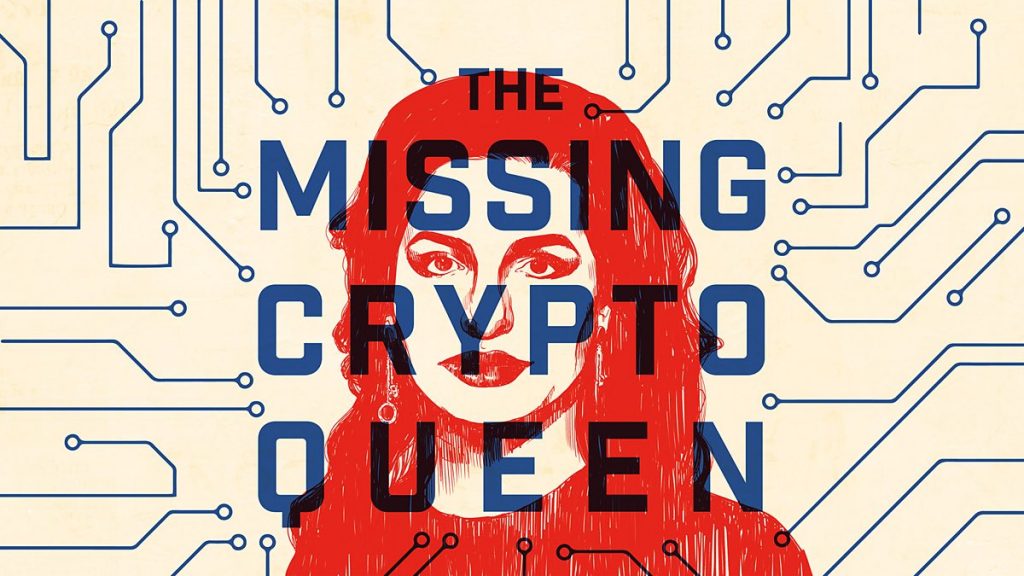 The Missing Cryptoqueen is a brand new podcast from BBC Sounds that investigates the story of Dr Ruja Ignatova, the woman allegedly responsible for the largest cryptocurrency scam of all time, and when we say large, we’re talking £4bn.

Her company OneCoin somehow managed to persuade investors to part with huge sums of money, people from all corners of the globe, as Ignatova went from event to event explaining to baying crowds how they could become very rich before she completely disappeared. 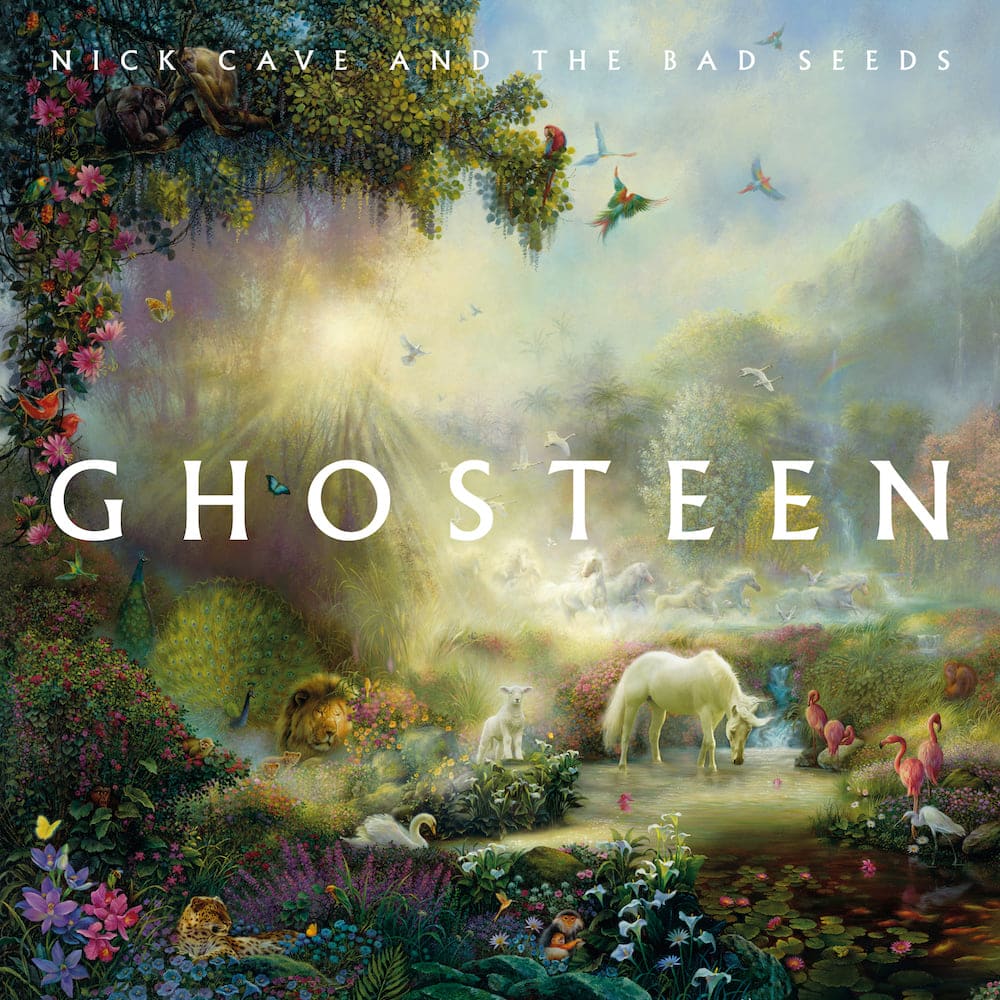 You could say Nick Cave and his band the Bad Seeds have been around the block. This new double album is their seventeenth, but thankfully it seems time has not wearied their soulful filled music. Cave sees the album like this, “The songs on the first album are the children. The songs on the second album are their parents. Ghosteen is a migrating spirit.” Sounds like family to us. It’s released across digital platforms like YouTube on Friday with a physical release in November. 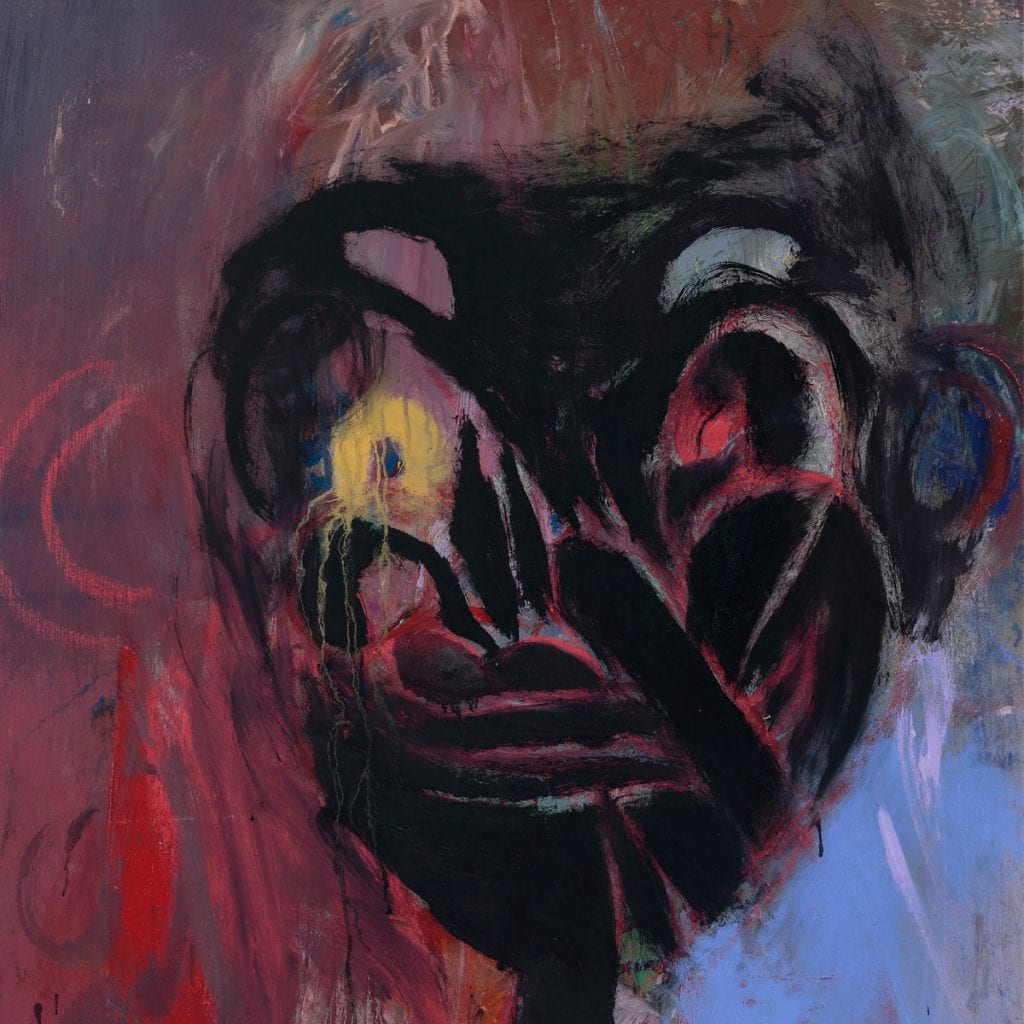 This brand new album from American Indie shoegazers DIIV is released on Friday and it’s a welcome follow up to their critically acclaimed ‘Is the Is Are’ of 2016. Billed as ‘the soundtrack to personal resurrection’, the group led by the enigmatic Zachary Cole Smith on lead vocals and guitar are as sonically sublime as ever, with their own unique sound keeping listeners ears ringing (in a good way). Listen to single Blankenship HERE.

All kids are special little things, right? Well, the child in this new Netflix original is certainly that, but not in your typical way. The story follows a single mum raising a boy who discovers he has powers to control the world around him after the mysterious death of his father (Michael B. Jordan). She has to fight to keep her son safe among the conspiracies and all-out oddness surrounding them.

In this epic new Sky Atlantic drama series, the ever-brilliant Helen Mirren turns her talents to portraying 18th-century empress of Russia, Catherine the Great. The show documents her rise to power after she ousts her hubby Peter III and the following challenges she faces for her throne. A heady mix of politics, passion and power. Perfect period drama fodder for a chilly Autumnal evening in front of the box.

The most talked-about film this Autumn has to be Joker. Joaquin Phoenix takes the reins of this most complicated character. We have to say this one’s been eagerly anticipated our end, not least for the fact that its a bad guy backstory well worth further attention, and an intriguing departure in the DC Universe.

Phoenix dropped an impressive 52 pounds in an overly committed approach to the role and judging by the teasers and most recent trailer (see below) he’s brought a welcome fragility to the Jokers maniacal antics.

Canadian horror drama In the Tall Grass drops on Netflix at the end of the week, and it’s another feature we’re looking forward to. In the mould of the excellent A Quiet Place, at least that’s our take, In the Tall Grass looks equally creepy and quirky.

Based on the novella by Stephen King and Joe Hill, the story finds a brother and sister who venture into a field of high grass – the type you get on those American farms – after hearing a young child’s calls for help, before realising they’re in an inescapable maze. Let the madness commence. 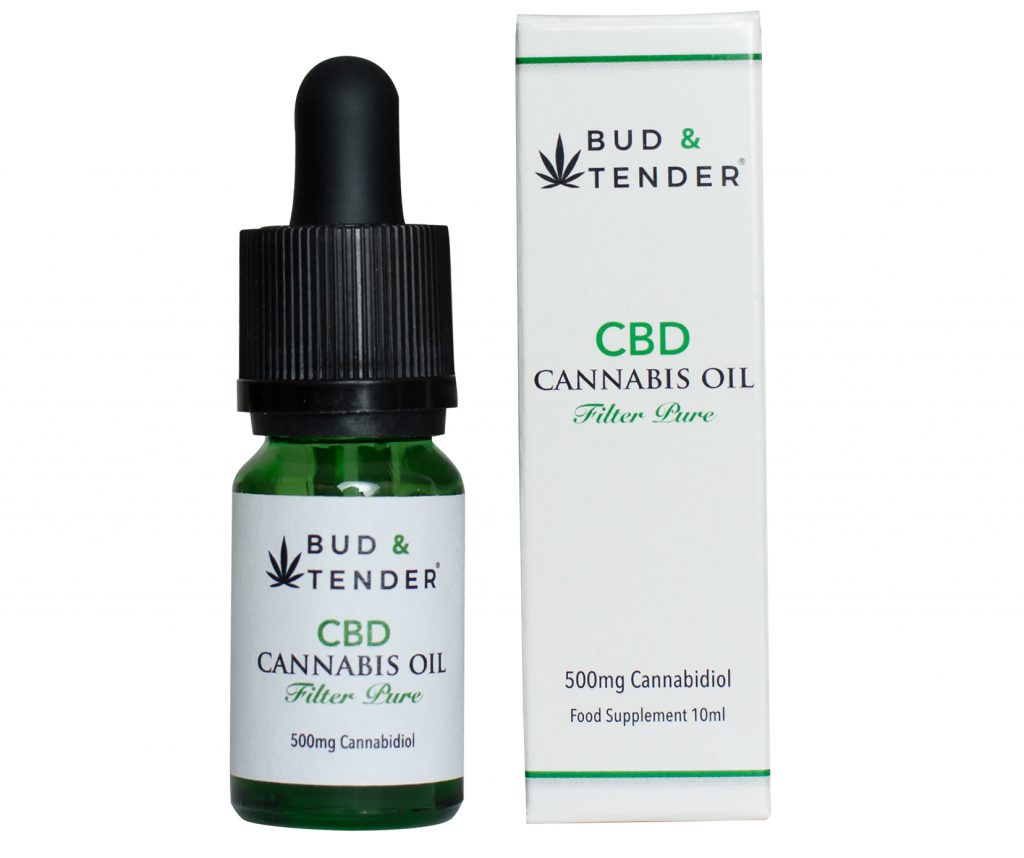 The MALESTROM has teamed up with CBD specialists Bud & Tender to offer you lucky readers the chance to win 4x bottles of their top-rated UK CBD Oil.

Bud & Tender are rated excellent on Trust Pilot. They research and produce in England, cannabis supplements; with their high-quality Filter-Pure CBD Cannabis Oil having recently been rated by the Evening Standard as 1 of the best CBD Oils in the UK.

Caring with cannabis, from plant to palate.