4 of the Best Fabrics for Suits

So the last party popper has been well and truly popped, four out of your five New Year’s resolutions have already been broken and the way the week’s gone it looks like the last one might go at the weekend when you demolish the vino you were saving for February 1st.

But don’t sweat it, none of us are perfect, we opened a bottle last night. So for those that might have wavered from the plans for the year but still have hopes for some self-improvement we’ve put together a list of ten movies to help inspire a new you this 2019.

Want to feel old? The Matrix turns 20 this year! But it’s still just as pertinent today, helping us to question the very nature of reality as we follow Keanu’s computer hacker down the rabbit hole of truth where he finds we’re living in a simulated world in which mankind is unknowingly imprisoned. Heavy on philosophical teachings from the likes of mentor Morpheus, the film serves up spiritual awakening for us all.

Best quote: “I’m trying to free your mind, Neo. But I can only show you the door. You’re the one that has to walk through it.” – Morpheus

The festive season might be over with, but it’s hard to make a list like this without including a genuinely life-affirming classic. Here James Stewart’s desperate businessman is visited by an angel who rescues him from a watery death and shows him how life would look if he had never existed. It’s dark yet decidedly uplifting and makes you realise life actually is a wonderful thing.

Best quote: “All you can take with you is that which you’ve given away.” – George Bailey 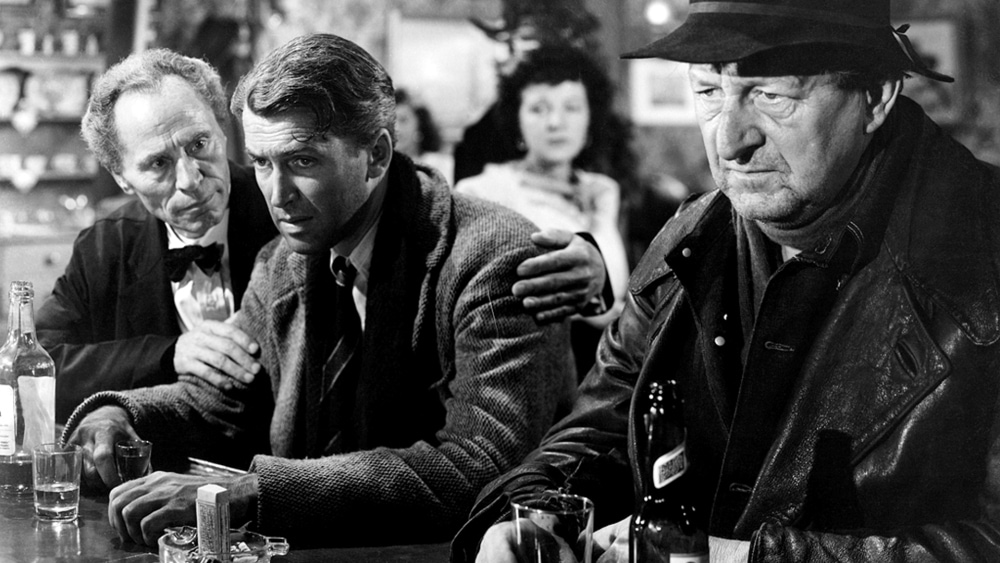 There’s plenty of wisdom to be gleaned from Tom Hanks’ much-loved character. Whether Forrest is displaying sheer honesty and unguarded expression of his emotions or trying out new things (we’re looking at you ping pong), there’s generally something impressive that we might benefit from putting into action ourselves. We could all try a bit harder to move on and put the past behind like Mr Gump. But then he’s definitely a better runner than us.

Best quote: “Mama always said life was like a box of chocolates. You never know what you’re gonna get.” – Forrest Gump

Into the Wild is packed full of life lessons and wisdom. The story is based on the real-life travels of Christopher McCandles, a young graduate who turns his back on civilisation and consumerism as he, as the title suggests, sets out into the wild of Alaska. Primarily the film is about not just following the crowd, but pursuing your own dreams, wherever they might lead you.

Best quote: “Happiness is only real when shared” – Christopher McCandles 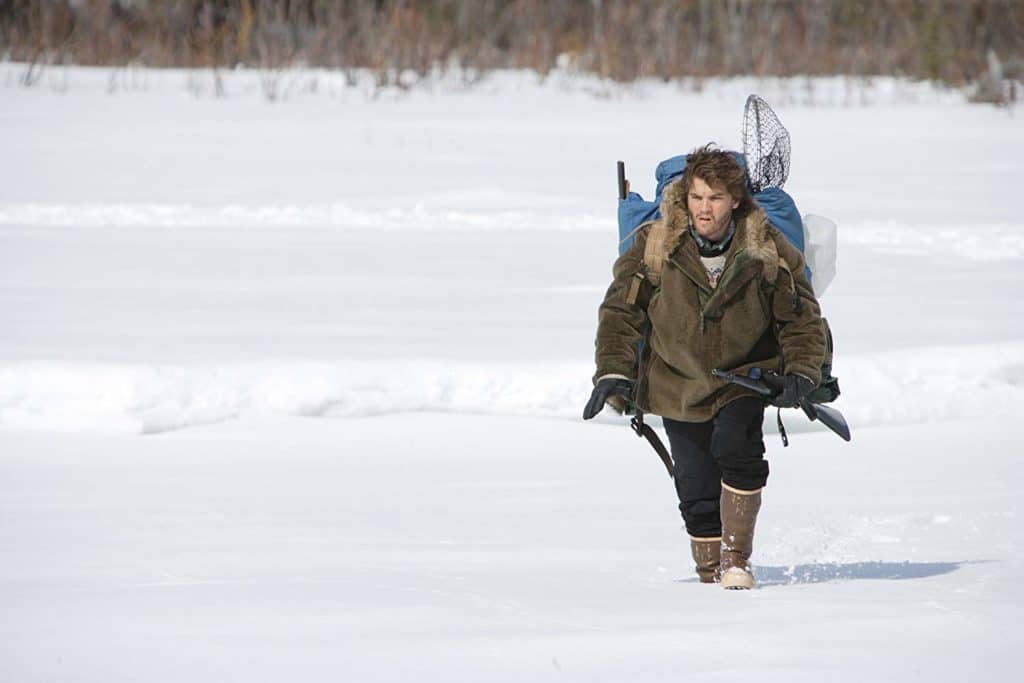 Apart from inspiring countless films over the years, Stanley Kubrick’s visionary space masterpiece inspired people to search for meaning and question whether there is life outside our world. In the film humanity finds a mysterious monolith on the Moon’s surface that aliens seemingly left behind. This find provokes a search to find as Kubrick put it, “man’s relationship to the universe.” An awe-inspiring piece of cinema.

The Diving Bell and the Butterfly (2007)

You might be forgiven for mistaking Julian Schnabel’s 2007 film based on the story of Jean-Dominique Bauby, a French journalist and author whose life changes after suffering a massive stroke leaving him totally paralyzed, without speech, and one working eye, as being somewhat depressing. But at its heart it has a huge takeaway lesson, that of letting nothing get in your way, and how even the most traumatic of events can be turned into a positive that transforms your life into something better.

Best quote: “I’ve decided to stop pitying myself. Other than my eye, two things aren’t paralyzed. My imagination, and my memory.” – Jean-Dominique Bauby 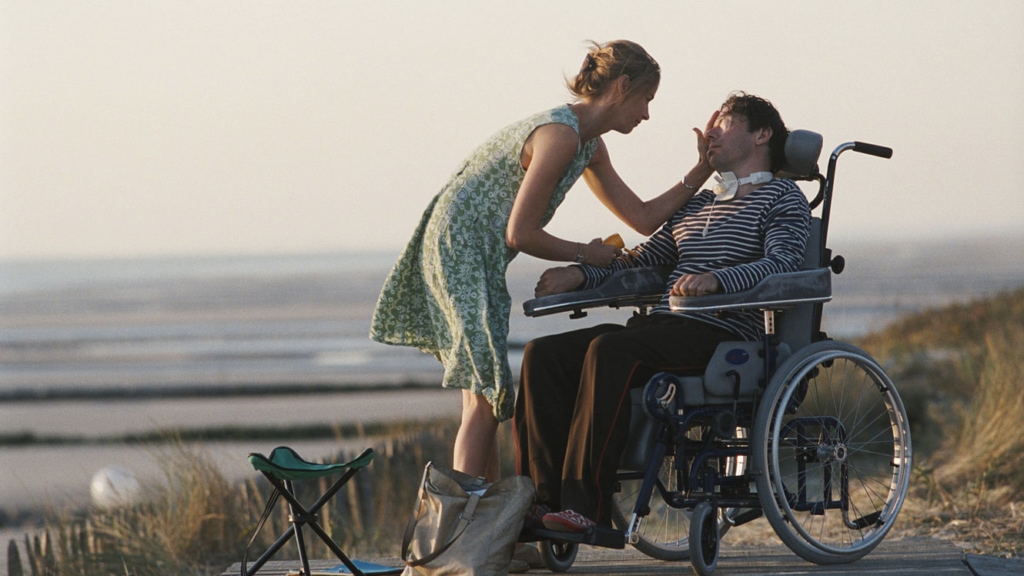 Perhaps the greatest underdog story in cinema, a true tale of triumph over adversity about a small-time boxer from a working-class American city who gets the chance of a lifetime when chosen to take on the world heavyweight champion, Apollo Creed, after his scheduled opponent gets injured. Apart from a theme tune that’s inspired a thousand workouts, the message to have heart and go the distance is one that resonates deeply.

Terrence Malick has been sporadically making gorgeous looking movies for almost 50 years, often ones that throw up big existential questions on life. Few more so than the philosophy drenched The Tree of Life, a film which includes some visually stunning scenes of the director’s interpretation of the universe being created. Alongside scenes showing the memories of a man in 50s Texas, It examines the small matter of the meaning of existence on this planet. Some might find it’s drifting nature a tough watch, others will be bowled over by its beauty.

Best quote: “The only way to be happy is to love. Unless you love, your life will flash by.” – Mr O’ Brien 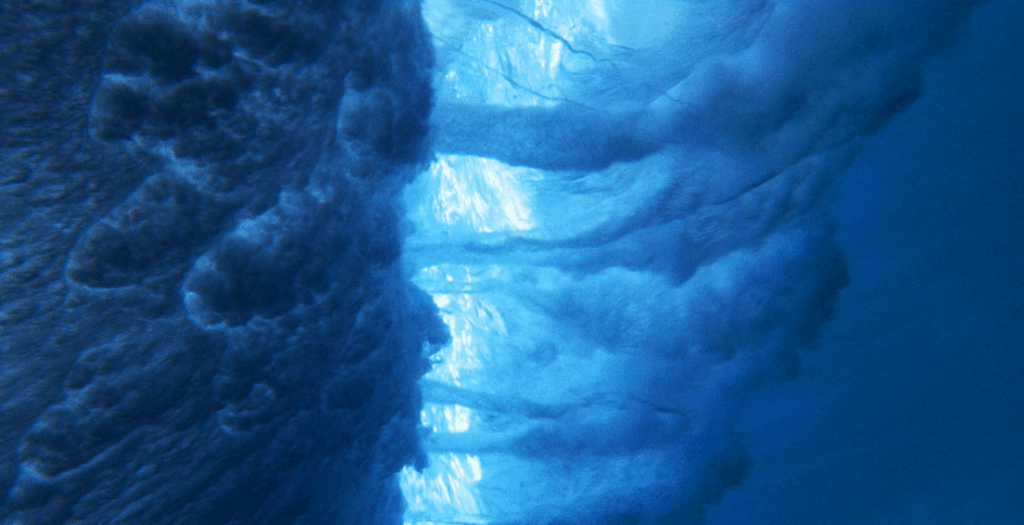 Warner Herzog’s epic war drama is based on the true story of American pilot Dieter Dengler, shot down in Laos while on a covert mission during the Vietnam War. He was captured and became a POW for six months, enduring the worst of conditions and torture. It’s an inspirational reminder to never give up, despite the seemingly insurmountable odds being stacked against you.

Best quote: “I never wanted to go to war. I just wanted to fly.” – Dieter Dengler

Who’d have thought that a Korean zombie movie could have at its heart such a profound message? The excellent Train to Busan centres around a selfish, workaholic father, guilty of being neglectful of his young daughter, who over the course of the film learns to be selfless all while on a train full of very bitey passengers. The film puts morality under the spotlight and might make you think twice about staying late at the office while leaving your family at home.

Best quote: “Dad, you only care about yourself. That’s why mommy left.” – Soo-An

The Art of Funghi, A Secret Stranger Things Event & Adventure in the East End – The Weekly EDIT